Malaki – The Irish rapper using his art to shine a light on violence, drug misuse and toxic masculinity within the youth of Ireland

Born and raised in South Dublin, 20 year-old Malaki is making his mark on Irish music. His poetic spoken word/rapping touches on subjects that have not only effected him but the youth around him in Dublin, such as violence, drug abuse and toxic masculinity. His honest portrayal of his surroundings and himself have earned him a loyal fan base around the world, some who have even got his lyrics tattooed. We spoke to the Irish artist about his inspirations, the rise of Irish Hip-Hop and his current projects.

Speaking to us from the comfort of his home in Dublin, and after a bit of technical trouble (when will we get used to this new online way of life?) we got onto the subject of productivity during lockdown. Malaki explained to us that his free-flowing creativity continued during lockdown, and although he’s getting almost as fed up of Zoom meetings as we are, he has enjoyed the virtual project he’s been working on. ‘Obviously the gigs and the shows are pretty non-existent, so myself and my producer have been like ‘Right let’s at least find something we can do so we’re not bored the whole time’. So we started making a project. But it has its ups and downs, I mean mentally it’s hard, but overall I’ve had a good time. It actually flowed along quite naturally. 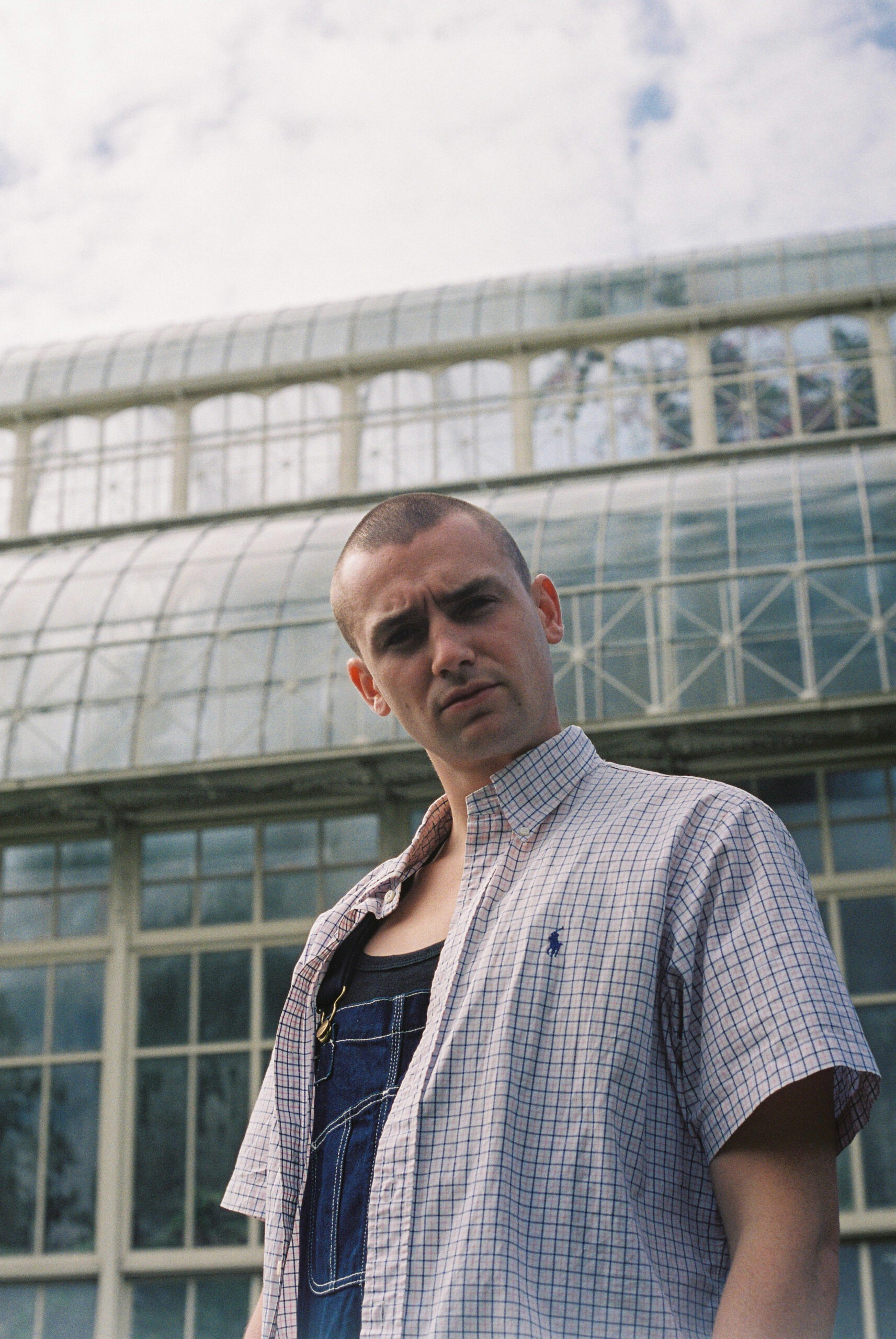 At first, like most people I was in shock, frustrated and completely disheartened at the fact that I wouldn’t be able to play live or travel. But as time passed I began to realise that there is truly a positive to this negative.’

He then went on to speak about his most recent project, which was focused on being an inclusive piece of work in which he could invite other artists and musicians to be a part of. ‘I began working on new music and decided to get other artists involved. I saw so many other artists struggling without the support of their government or fans so I sought to change that through music. Myself and Matthew [Harris] worked on a new project called ‘Cocoon’ which focused on bringing other artists in Ireland together through music online, in a time where we must distance ourselves. We made a total of five tracks with five different singers, songwriters and rappers. We also commissioned five different painters and graphic artists to design each cover for the songs to allow for every creative in Ireland to feel positive in a time of uncertainty. It was one of those moments I was truly proud and content with the work we achieved through this time.’

Dismissing a common misconception that rappers are solely fans of their own genre, Malaki explained the progression of his musical preferences. He also gave us an insight into how he began writing lyrics. ‘I’ve always had a passion for music, like everyone does. I think there are those people that use music as a way of escape or some sort of solace and for relaxing. And then there’s others that use it as a passion or something they need throughout the day. Like can’t go without it otherwise you don’t feel fulfilled. I loved hip-hop and then progressed into different genres. But when I got older the first type of music I loved was King Krule. I’d just never heard anything like it, and he’s actually based in London I believe. Because, Hip-Hop I think, doesn’t show the vulnerable side, whereas King Krule with his music he really shows his vulnerable side, and made me think maybe I can do this. And like I said, I was writing poetry for ages, so I thought ‘Why don’t I give that a go’, to see if I was any good at writing a Hip-Hop song.’

Malaki’s spoken word music is based around highlighting the elements of violence, drug misuse and toxic masculinity within today’s youth in Ireland. With suicide rates for young men higher than ever, music such as Malaki’s which not only highlights it but creates a safe and inclusive space in which men and women can identify, is very important. We asked the young artist if his music was based on his own experiences or that of people around him. ‘A lot of it’s based on myself. So I didn’t really start going through troubles like that until I turned about 18, and the older I got the more I realised about what was going on around me. People do struggle with drug abuse, toxic masculinity within my area and the people I knew. So as I got older I started to reflect on all of it, and that’s kind of what got me into writing about my own struggles. There’s one of my songs called ‘Cuppa Tea’, that is about a character pretty much just walking through Dublin, and whatever he sees he’s taking note of. So I made that into a song. A lot of my songs are about what I’ve gone through, but it’s nice to incorporate a kind of general idea into it, because that allows people to reflect on themselves. It really depends on how I’m feeling.’

Amongst his truthful lyrics, Malaki’s track ‘Paper Prophecies‘ follows the theme of anxieties, recreational drugs and the problems they bring. We spoke to Malaki about the writing process behind the song that inspired a person get some of the lyrics tattooed; ‘I don’t suppress stress, I would bathe in it, lay in it’. ‘Someone got that line tattooed on their leg would you believe. Crazy, crazy. It’s weird, that was one song that I just created. I feel like a lot of people get these waves of creativity and I was going through one of them. Like you’re constantly yurning for that moment and I was sitting on my bed with the side light on beside me, and I just picked up my notebook and just started writing ‘Paper Prophecies’ and I just didn’t stop. When I wrote that line, I remember looking down and thinking ‘Oh my God’. So I love it so much because everytime I look back on it, it allows me to bring that raw emotion. I didn’t think it would have such an echoing reflect on people but they really liked that line.’ 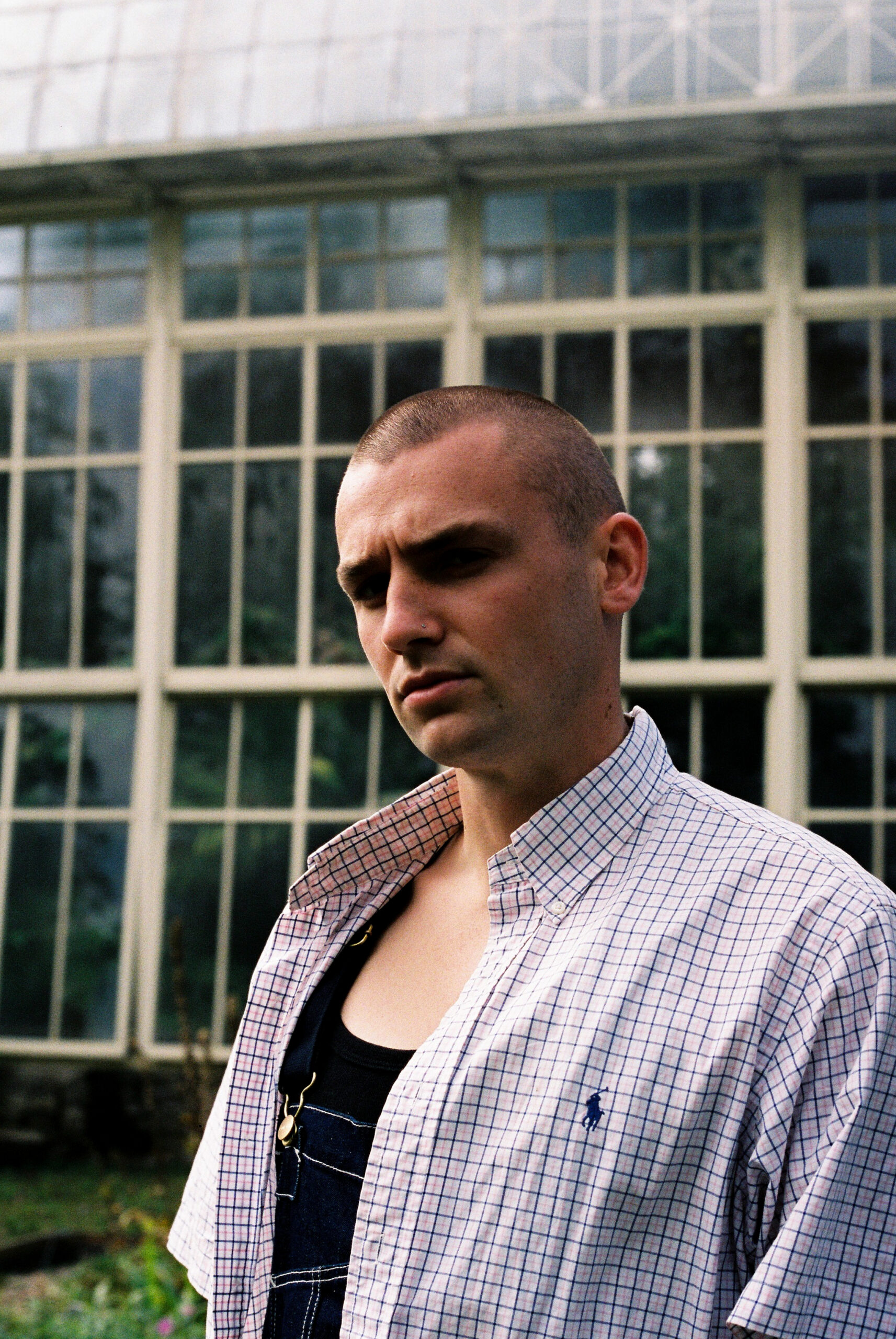 We went on to speak about Malaki’s newest single ‘Glory Daze‘ featuring Irish rapper and singer Nealo. He told us that his initial inspiration for the song came from his love for a song called ‘The House of The Rising Sun‘, by 60’s band The Animals. ‘I was immediately taken by Eric Burdons vocals and the title of the song. Upon closer inspection of the lyrics and what they really mean I began to realise what the song is truly about. I was captivated by the similarities between the struggles of drugs and alcohol teenagers faced back then and still to this day. Within ‘The House of The Rising Sun’ I began to take inspiration from the song and put my own modern day twist to it with featured vocals by Matthew Harris and Rapper Nealo. I chose Nealo because of his talent and age. I’ve always admired his work but because of how much older he is than me I knew he would bring a different element to the song and give his interpretation of nightlife in Dublin when he was younger.’

In an age where more people have the equipment and technology to not only create music, but be able to tell their stories to the world, creatives have been given a new platform. With artists ranging from Kojaque to Rejjie Snow, Alex Gough to Why-Axis, Ireland are continuing to push out new artists with new points of view and things to say. We spoke to Malaki about the rise in young musicians with using their talent to tell their stories and how that is intertwining with excitement around new Irish Hip-Hop. ‘I had no idea what Irish Hip-Hop was. Because I’m only 20 so I haven’t really been around all that long, but Irish Hip-Hop, spoken word and poetry is now becoming the norm, it’s incredible. I am thankful for people like Kojaque for kind of opening people’s eyes and making them realise that we’re not just a country that does Irish Hip-Hop for taking the piss. It’s an instrumental tool that has a lot of substance behind it. It’s usually just been rock, like U2 for a long while, and now it’s the dawn of a new genre. It’s really rising and it’s rising quick, we have some amazing artists here. So I can’t wait to see what the future holds.’

As the world continues on in confusion, creative jobs in particular are continuing to be put on hold. Although Malaki could tell us very little in terms of specifics, he let us in on some thoughts he had on his future in both music and life in general. ‘The future is so uncertain I find it difficult to plan. I’m very much trying to live in the moment and occupy myself with close friends, family and creating music I love. No matter how crazy these times get, I know that if I keep a lock on those three things, I’ll never lose myself.’

To hear more of Malaki’s moving and thought-provoking lyrics head over to his Spotify, and keep an eye out for any new videos via his Instagram.