The Resurgence of Underground Irish Hip-Hop

Over the past five years, there has been a significant rise in the popularity of Irish arts. Not only have several Irish authors emerged and flown straight onto the bestseller lists (Sally Rooney’s Normal People, which has now been adapted into a television series, to name just one), but there has also been multiple award-winning television programmes documenting the lives of Irish youth on our screens. During this time, Irish music has also grown an international following, specifically within the world of hip-hop.

Hip-hop is not only music, but a cultural movement which originated in the US, more specifically New York City. The movement started in the mid-seventies, when the rapping over music was not only used for creative purposes, but also as a way of voicing social concerns within deprived neighbourhoods. The idea of spoken-word over a musical beat instantly caught on, leading to it being heard and replicated within almost every culture around the world, and while the genre has been developed and blended with other types of music, the songs still continue to carry the agenda that societal norms, whether they be within race, gender or class, must be challenged.

Scary Éire is known by many as the original hip-hop pioneering outfit of Ireland. The group burst into the Dublin hip-hop scene in the mid-nineties, opening up a whole new world of opportunity in terms of the youth of Ireland being able to have a voice. Since then the genre has become hugely popular, not only because of the growing music culture within Ireland, but also due to the new generation of immigrants from the Caribbean and Africa that travelled over to Ireland in the 1990’s and 2000’s. Although the percentage of these new generations remains small in comparison to the population of the country itself, the musically talented are disproportionately drawn from this group, with artists such as Rejjie Snow, who comes from a Nigerian-Jamaican-Irish heritage, and Zimbabwe-born but Dublin-raised Jafaris. 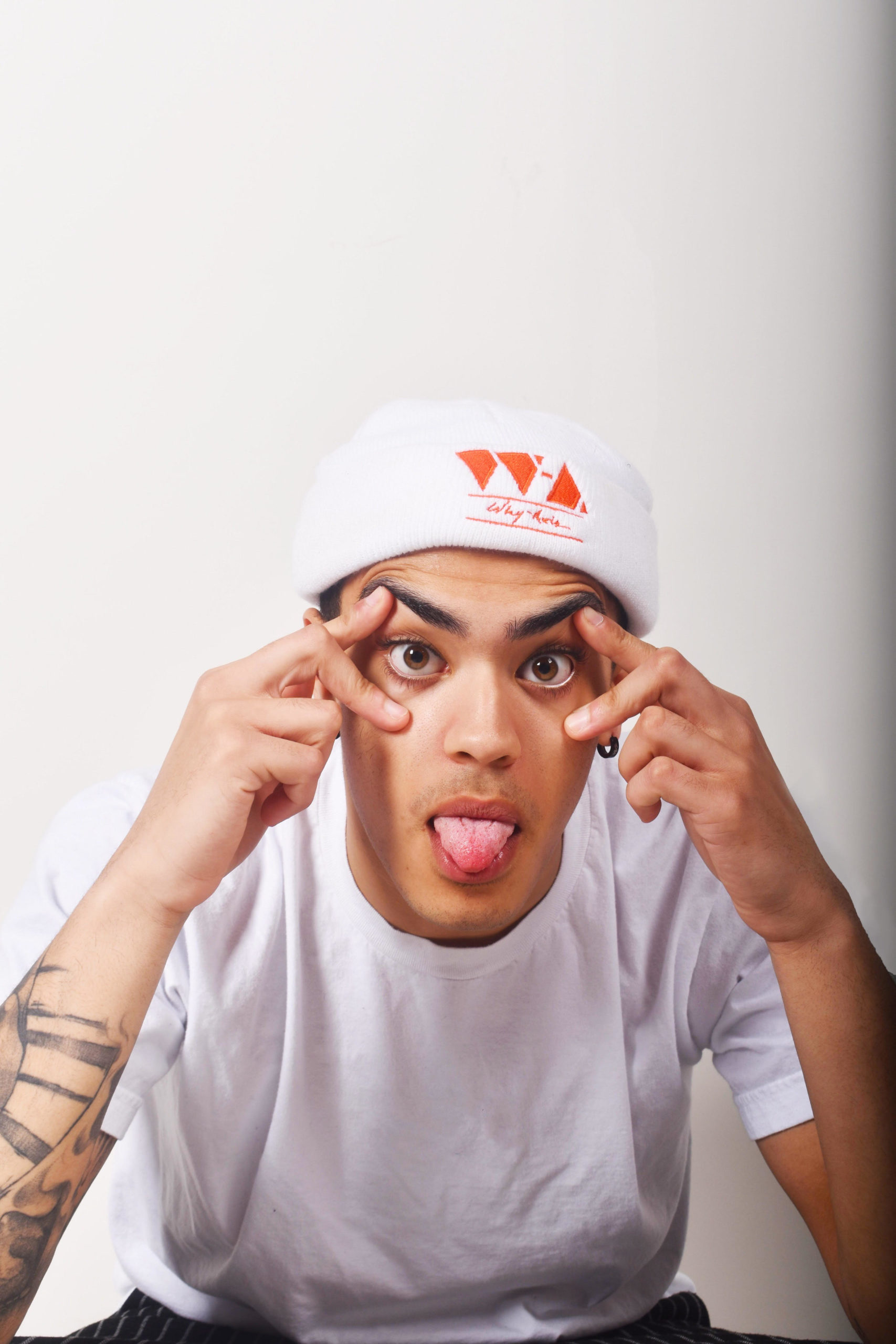 Twenty-two year old Dublin-based rapper Why-Axis released his first EP in 2018, and has gone on to produce and release several other singles and another EP within that time. Why-Axis’ music is just one example of a new artist building and developing his own sound off a basis of rap and hip-hop. When we asked Why-Axis to try and define his music he explained;

‘Each EP and song is very different from the other I think. ‘Moody Fuck’, is very different to ‘Airplane Mode’, because that [Airplane mode] has a lot more rap in it. And then ‘Moody Fuck’ I would say an indie-pop-experimental kind of thing with rap. It’s hard to define the genre because I’m mixing different stuff in there. With every genre now, everybody’s mixing so many things they’re all hard to define now really’.

He explained to us that while his music contains elements that allude to hip-hop, he has used a base of one genre to build off in order to create his own mix of sounds. He also told us that while growing up his musical influences included a lot of English and American artists, rather than Irish.

‘It was definitely American artists I started listening to first, and then English, because the rapping scene started up a lot later there. And then the odd Irish artist. Like the only Irish rapper that I knew of was Rejjie Snow for a very long time. And then in the last sort of five years a lot more have been creeping up. So many that I can’t even list them all. For a good few years you could list them all on one hand, and now every second person is a rapper or whatever. It’s great for the scene, because it’s allowing so many people to grow, it’s great. Kojaque is a good friend of mine, I’d definitely love to do something with him some time. And INK, he’s more in the drill scene but I know him as well and it’s a whole different vibe so I’d love to work with him too just to see how weird it would be’.

Cabra-born Kojaque has become very big on the music scene over the past five years, after posting the video for his single Midnight Flower, in which he holds his breath and performs with his head underwater. Now at over five hundred-thousand views, the video originally burst on to our screens in 2015 when it reached one hundred-thousand views in just twenty-four hours. Following his 2018 EP Deli Daydreams, the rapper has gone on to bring out yet another EP along with numerous other singles, and supported award-winning British rapper SlowThai on the European leg of his tour. Kojaque is also part of the Irish label Soft Boy Records. The group of friends started the label after releasing music and not being approached by any other labels or producers. The label is made up for several other artists and producers, including Kean Kavanagh and Gaptoof, who regularly appear on songs with Kojaque, whilst also producing music themselves.

Ireland is famous for having one of the richest folklore traditions in the world. Throughout the years, Celtic culture has been narrated through storybooks, literature, films and now it has been integrated within the culture of hip-hop music. We asked Why-Axis if he thought that the stereotypical storytelling nature of the Irish has anything to do with the current Irish youth wanting to tell their stories through music.

‘I’ve never thought of it that way, but I suppose it is in our background. To be honest there are a lot of rappers that are taking that kind of approach to it. They’re coming at it from a more poetic angle. Like I know a few lads that started as poets and are now switching over to rap. So they’re putting beats behind their words and starting to look at it differently. I never even thought of it like that but definitely subconciously I’d say so’. 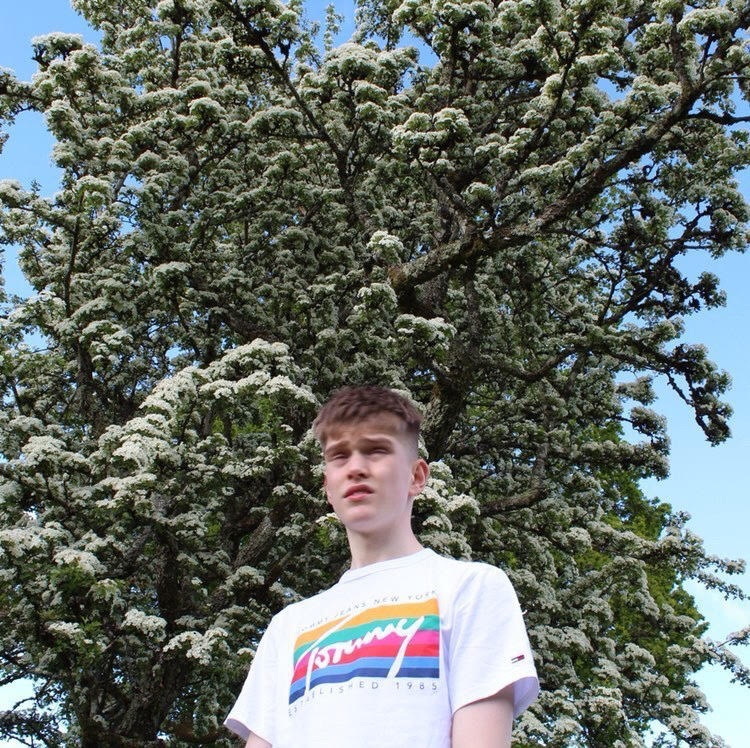 Twenty year-old GAFF, hails from West Ireland (Roscommon). While he produces music himself, his experience has been fairly different to that of Why-Axis, because of where he was based. He explained that he is not so much a part of the hip-hop music community that is evolving in Dublin because he is not located near the city, but added that growing up where he did may have had what he considers an advantage in terms of how his music sounds.

‘I definitely think people over here have something to say, I think there’s just been a problem finding the sound or whatever. There’s always been an issue with the accent, but I think I’m in quite a sweet spot where I don’t have a really heavy Irish accent’.

He also explained that while the scene he has experienced outside of Dublin City has been different to a lot of other emerging rappers, he attends one of Ireland’s biggest festivals every summer, where Hip-hop music is top of the agenda.

‘Yeah definitely, I mean there’s a festival every summer that I’ve been going to for the past few years, it’s called Longitude. Its like a huge mosh-pit rap festival now’.

Irish festivals, much like a lot of festivals within England, are being filled each year with more and more urban music. Whilst the line-ups are still predominately American and English artists, they are starting to be infiltrated by Irish rappers and singers alike. While the idea of rapping in an Irish accent was, at a point laughed at, the raw and truthful accent is essential when telling their stories. Rather than looking for comfort in American and English music, young people are starting to listen and understand Irish musicians when they speak out about the disorder both within their lives, and that of the country itself. With a different perspective looming, the music industry is starting to gain new voices and possibly a resurgence in hip-hop music and it’s direction.