Irish rapper, drummer and producer Alex Gough on his brand new mixtape and what he sees for the future of the Irish music scene

Helping to pave the way for modern Irish Hip-Hop, 21 year-old rapper, producer and drummer Alex Gough has hit the music scene hard. Since releasing his first EP back in 2018, the young musician has gained a loyal fan base and millions of streams worldwide. Now, after releasing his latest mixtape on the 2nd October 2020, he is continuing to make a name for himself within the industry. We got to chat to Alex about his new music, his inspirations and what he sees for the future of the Irish music scene.
When we asked Alex how he would sum up his music in sentence, he responded with “When was this kid born again?“. This short but accurate sentence gives a glimpse into the eclectic music knowledge and passion that Alex has acquired at such a young age. He explained to us that music has always been a part of his life, and that he started to develop a love for playing music when he started to learn the drums.
‘Music has always been a part of me I think. I started playing drums at 6 and that was my first step into actually playing music I suppose. My parents played a lot of music around us, we used to listen to CDs in the car on the way to school a lot, a wide mix of stuff. My Dad had a lot of classic dance CDs for training so we rinsed those, as well as a lot of Rock, The WHO, AC/DC , Green Day and all that good stuff. Those were some of my first favourite bands. I feel like music is something I’ve always been involved in in some capacity, so I don’t think there was any defining moment that I realised I wanted to get into it, or at least not one I remember.’
After finding a passion in playing drums, Alex believed that his future would always consist of doing just that. He told us that instead of looking at different career options, he was so sure that his heart belonged to music that he had never even considered doing anything else.
‘Growing up, watching videos of all these rock bands I loved, my dream was to be a drummer in a band. As I grew up, the genre changed a lot but the dream to be a drummer was always there. When I was about to do my leaving cert people used ask what my plan B was if music didn’t work but I always told them I didn’t have one. And I still don’t really. If I had another career option then I wouldn’t be wholly focused on music, which is where I want to be in terms of a career. No plan B’s.’ 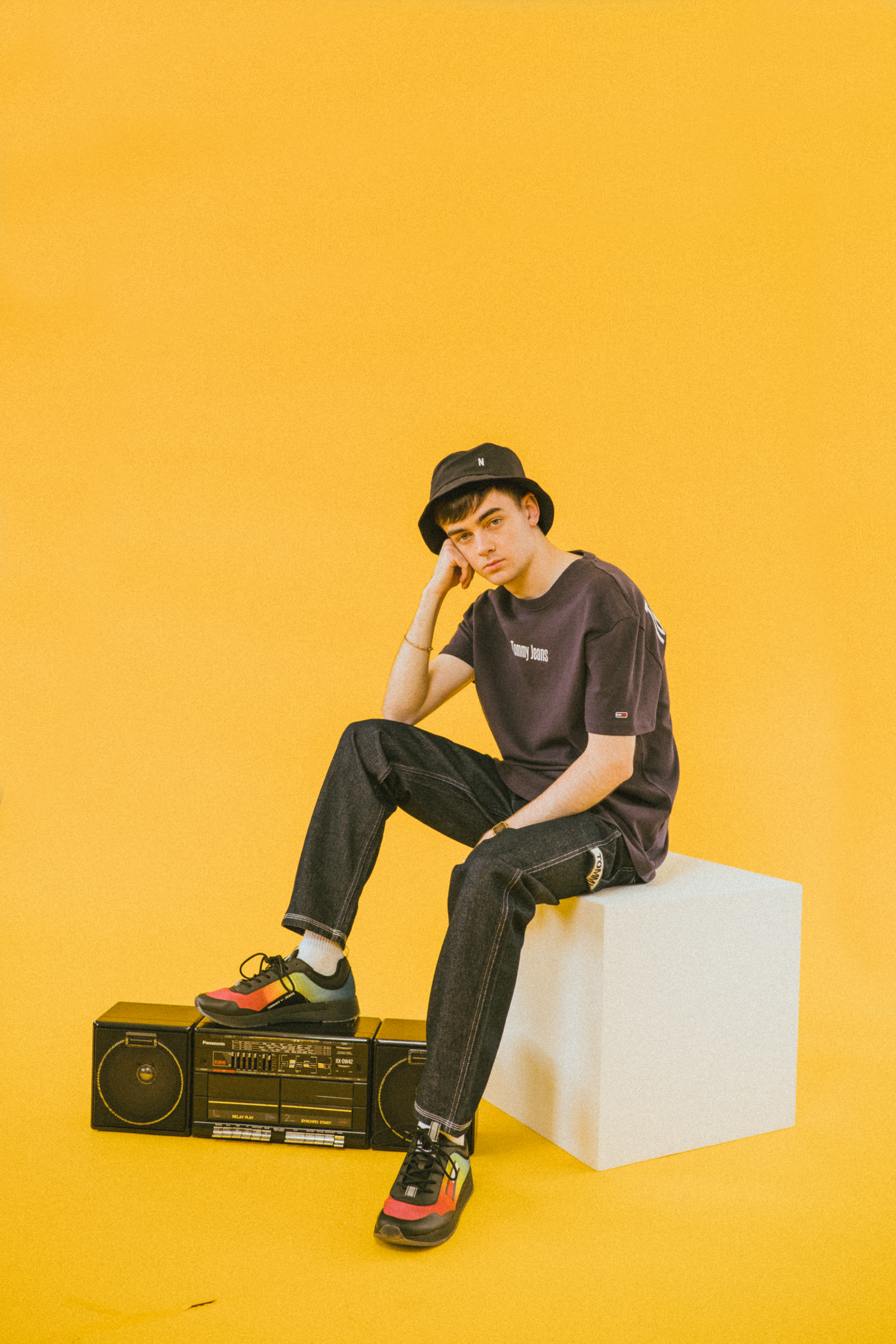 As Alex had explained previously, he had started his musical journey by learning the drums. However, as he got older and developed a larger understanding of music and the industry, his passion branched out into many different music related avenues.
‘Drums always were and still are my main focus/passion. There was a point in my life (like all teenagers I suppose) of doing the guitar and vocal singer/songwriter stuff. I used to write like that a lot, then I found out production was a thing and I put the guitar down. The singing stayed for a good while, until I started making more hip hop orientated stuff. I spent a long time trying to find people to rap on my beats until I eventually just started doing it myself, it’s kinda grown from there I suppose. Quite a natural progression.’
On the 2nd October 2020 Alex released his mixtape ‘FOREVER CLASSIC‘. He gave us an insight into the work that went into the mixtape and the story behind one of the tracks featured on the tape, ‘BACKSEAT‘.
‘When I was making ‘FOREVER CLASSIC‘, I pulled up images on a second monitor as I worked. I had a lot of visuals in my mind for a lot of these songs so I’d find a similar image on google and throw it up in front of me. With ‘BACKSEAT‘ it reminded me of a party scene, which it ended up being written into. It basically takes place at a party, but my head is so full of different feelings and thoughts that I’m completely distracted from the party thats going on. Eventually at the end, I unplug my phone and leave the party. I wouldn’t say its an exact retelling of anything but I’ve been at parties in that mind frame a few times so I suppose its recalling on past experience.’
He went on to explain that his writing process is not linear and can vary with any given time or song. His calm and chilled approach to creating music somewhat parallels his clever, thought-provoking beats and lyrics.
‘My process kind of varies a lot. Sometimes it could start with a beat  and I’ll write to it. Others ill write a load of lyrics, almost like a poem or story and then match it with a beat later down the line. I make beats a lot so I have a good amount of instrumentals lying around that could be turned into a song, or just left on my hard drive forever more.’
Over the past few years Ireland has become a hub for new music. Popping up all over the country, Irish musicians have been making their mark and letting the world know that they are here and they have something to say. Alex explained that while he listens to Irish artists, like himself, he also has a wide range of other artists and genres that he listens to on a daily basis.
‘Quite varied. I listen to a huge range of music, mostly Hip Hop and Jazz at the moment but also a lot of Soul, Funk, RnB, you name it and I probably have a favourite artist or record of that genre. When it comes to the artist, there’s definitely a good amount of Irish artists in my music rotation but a lot of international acts too.’
Haste previously spoke to Irish artists GAFF and Why-Axis to understand their take on the rising resurgence of Irish Hip-Hop in the music scene. While some people think that Hip-Hop and spoken word/rap are all that is in the future for Irish music, Alex disagrees. He explained to us that although he is a fan of this type of music and the artists behind it, there is also so much more to look forward to from Irish artists with stories to tell the world.
‘All great artists, I’m a fan. I wouldn’t say Hip-Hop is solely the future of Irish music. There’s so many talented people on this island and I have no doubt for a second that you could find someone crazy good in any genre, or at least a lot of them. Irish people are historically story tellers, and now more than ever there’s stories to tell and amazing people to tell them.’ 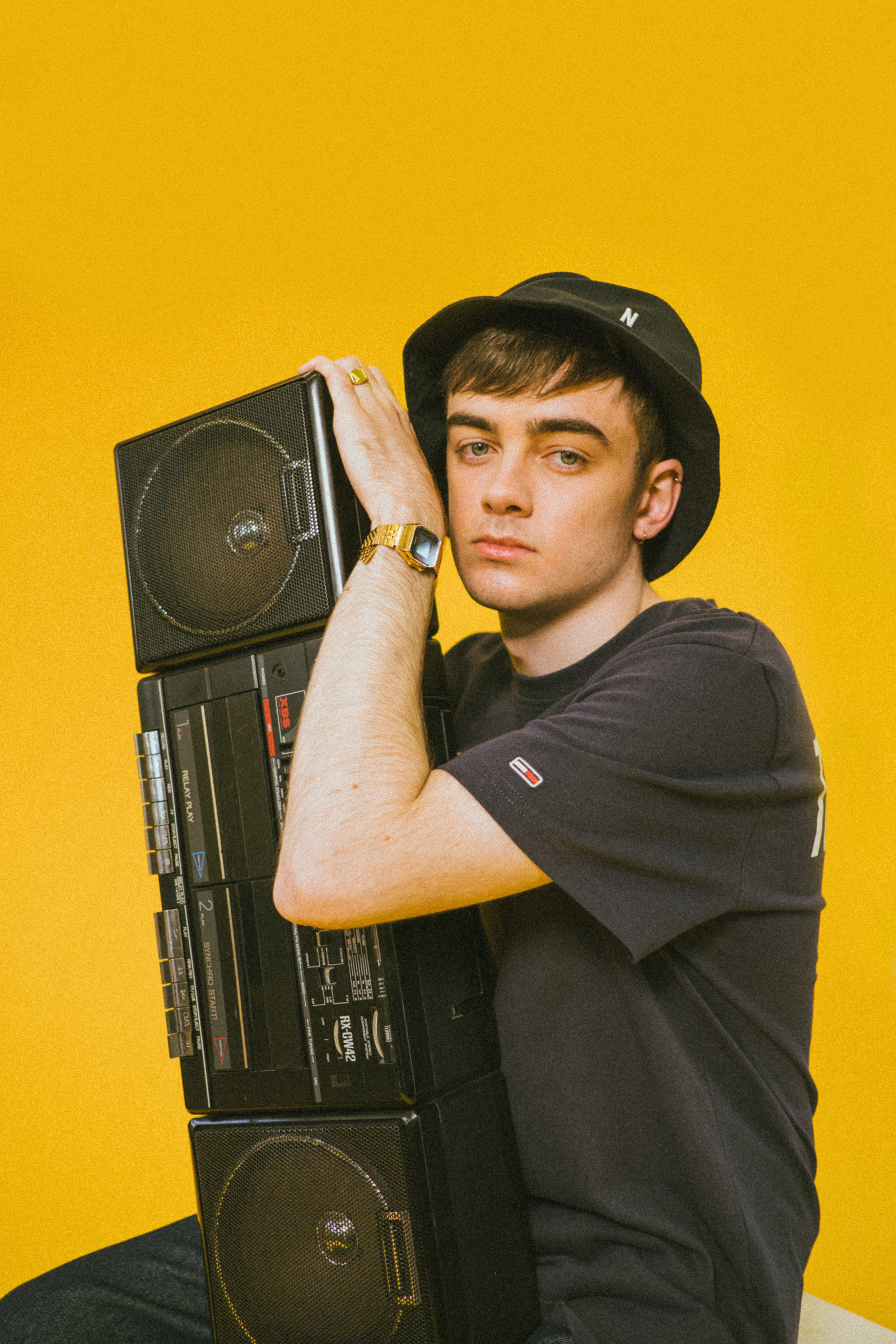 One of the trickier questions for Alex was based around what he takes inspiration from. Creating such unique and interesting tunes himself, it’s not surprising that he gave us a varied list of artists that have inspired him to be the musician he is now.
‘Every interview, this is the hardest question and its different every time but right now; Timbaland (literally listening as I write this), Knxwledge, Avishai Cohen Trio, Robert Grasper, Kendrick Lamar, D’Angelo. I could list for days.‘
Finally we asked Alex what his plans for the future are. After releasing his newest mixtape at the beginning of October, Alex’s future looks bright and he plans to carry on with his passion.
‘Make lots of music, both for myself and others. Gig a lot, whenever ever that comes back. Stay happy the best I can. Enjoy life.‘
To check out Alex Gough’s brand new mixtape ‘FOREVER CLASSIC’, click HERE.
Sophie Wyatt2020-10-06T20:27:08+00:00