Leo Lore on fusing soul, motown and jazz in his evolving music

Based in Peckham, raised in Norfolk, singer and musician Leo Lore is making his mark on the music industry. Absorbed in a number of genres as a child, Leo and his sister, past Haste interviewee Maya Law have followed their passion of music. We caught up with Leo to discuss his multi-musical childhood, creating music with his sister and the direction of his future work. 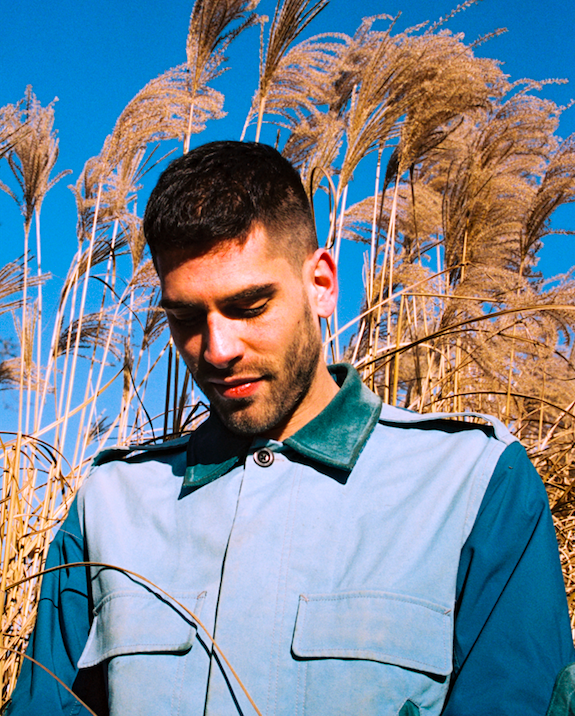 To kick off the interview we wanted to know where it all started. Leo went into some more detail of his first memories of music from growing up and his formative years.

‘My parents playing records in the living room! They’d always be playing tunes from Carole King, Ray Charles and Etta James to A Tribe Called Quest, Toots and the Maytals and Luther Vandross, my siblings and I were definitely lucky to have such a mad mix of music around us from a young age.’

Maya Law, Leo’s sister is putting her own spin on her ethereal and relatable tunes. So it’s no surprise that the siblings have been able to collaborate and inspire each other. We asked Leo whether they have conflicting musical preferences or whether they are able to push each other into different musical avenues.

‘I feel that we push each other in a really positive way. We’re very honest with each other, if there’s something one of us is doing that we think is dumb, we’ll definitely call each other out on it.. and yeah we do have similar tastes, we’re always exchanging new tunes. We’re both obsessed with Jazminne’s Sullivian’s album ‘Heaux Tales’ at the moment and she’s just released a deluxe version – it’s baaaangin!‘

Earlier today Leo released his debut EP ‘Blue Print‘. The EP fuses soul, jazz and Motown sounds but with a contemporary twist, and reflects Leo’s journey towards accepting his sexuality and being comfortable in his own skin. We asked him to explain to us a bit more about the EP and the journey her went through to complete it.

‘I’m not completely sure to be honest, I didn’t write the tracks with any intention further than just getting it onto a bit of paper and outta my head.. but I suppose in hindsight I want people to find comfort in it, and even if one person gets some kinda peace from it, then I’m happy! although I wrote it through some shitty times, I feel like it’s a kind of celebratory record, it’s about working myself away from shame and into contentedness in myself and my sexuality, and I just wanted to share that story.’

Leo’s music combines a number of different sounds, emotions and levels to make it so uniquely his. So to confine it to just one genre or label would seem entirely incorrect. So we asked the flourishing artist to sum up his music outside the constraints of ‘genre’.

‘That’s a hard one..! One week I might be completely obsessed with a Kendrick Lamar album, and the week after a Billie Holiday record, and so I feel like the music I’m making is always changing since I’m inspired by whatever’s around at the time.. and I guess I hope that the this EP reflects that I’m influenced by both old-skool and new sounds, and lyrically I just try to be as honest as I can, as uncomfortable as that is ha!‘

Finally we asked Leo to look towards the future. With the excitement of his release, you might expect that he would be taking a break, but you would be wrong. The young artist has a number of shows and projects lined up for the near and far future. Even a track with past Haste interviewee Freya Roy, which we cannot wait for.

‘I am buzzin for this year – I’ve got load of exciting projects coming up, including a track in the pipeline with Freya Roy on production and I’ll be getting back into the studio with Mikey Shaw (Dub Cavern Studio), who produced and mixed ‘Blueprint’. I’m also working with south-east London producers Shubbs at the moment and we’ve got a load of tracks we’re cooking up ready to be released soon! So hopefully you’ll be seeing a lot more of me in the future!‘

Head over to Leo Lore’s Spotify page to hear more of his latest tracks.