Norwich artist Maya Law has been making music for a few years now, but with the release of her new EP imminent, we are eagerly awaiting a new sound from the singer-songwriter. After first growing a strong fanbase when she started releasing her music back in 2016, the young artist has developed and refined her music to truly reflect her heart and soul. Writing lyrics about mental health and societal issues from the perspective of a queer woman, Maya’s blend of neo-soul and folk music does more than just make your head bob, it invites you to understand Maya’s thoughts and feelings, as well as relate your own journey back to hers. We caught up with the budding musician about her latest single release ‘Hitchhiking‘, dealing with the pressures of toxic productivity, and developing her sound within the Norfolk creative scene.

After a few technical difficulties, as is the way with digital interviews, Maya appeared on our screen. Sitting in her room in the heart of Norwich city, Maya started off the interview by telling us a bit about her first memories of music growing up.

‘We always had music playing in the house, so it was quite a musical childhood I guess. But my first memory would probably be, because my brother’s a singer as well, we’d listen to Aretha Franklin in the back of the car. So I’d sing it and he’d tell me all of the bits I did wrong and teach me how to do it properly. So him being like my vocal coach was probably my first memory. Amy Winehouse was definitely my main artist growing up. But my mum listened to a lot of Carole King and Janis Joplin, so we grew up listening to a lot of strong female musicians who are killing the game. And like Ray Charles, like old school soul and stuff. So it was definitely a mixed bag.‘ 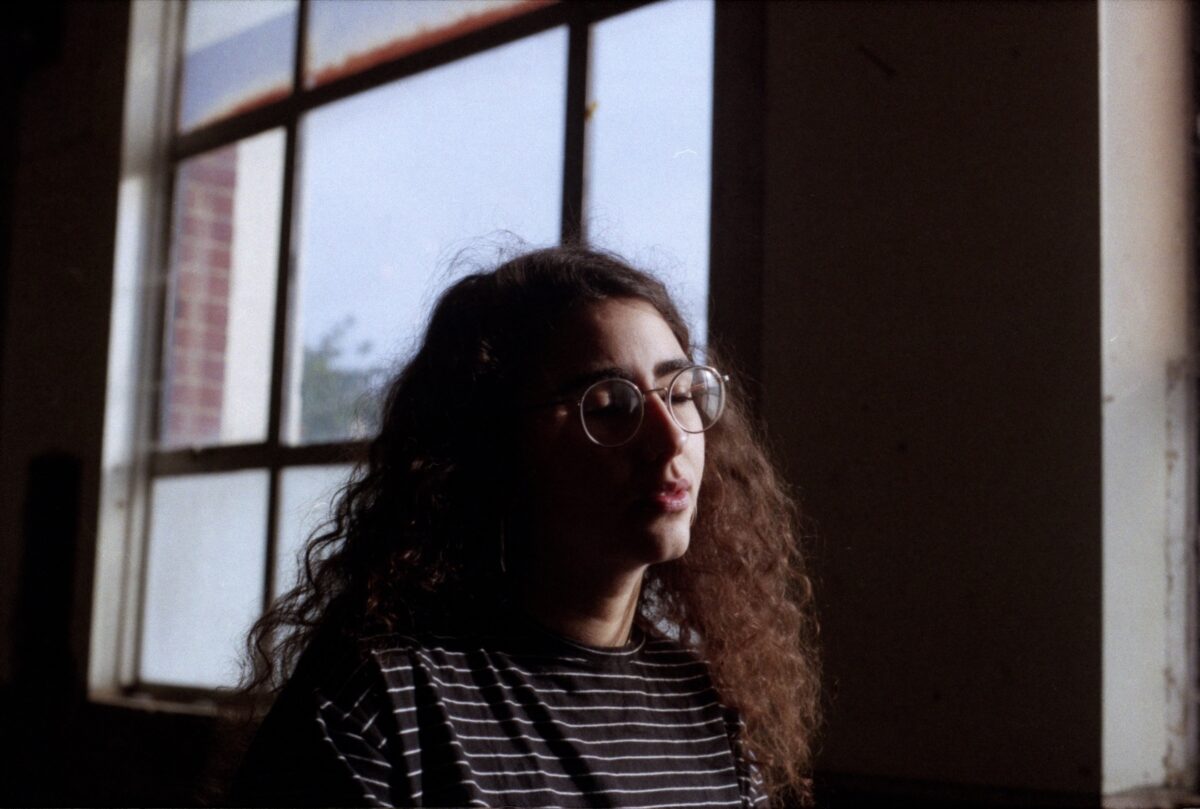 Growing up with a predominantly female musicians being played, Maya explained that she has never really lost her love for strong women in the music industry. This reflects very much so in the music that she listens to even now.

‘It changes quite a lot, but at the moment I’m listening to SAULT, that’s probably my favourite at the moment. It’s kind of still very female central, but I guess that’s changed in the way that I listen to it. I take it in in a different way, and understand a lot more of what women have to do in the industry to be heard.‘

Although Maya’s love for music stemmed from a young age, this route was not always obvious to her. It also reflects pretty heavily in her music how much more confident Maya feels with writing from the heart as her musical career has progressed.

‘I kind of always knew that I wanted to do it, but was quite scared of doing it in front of people, I thought that it was really terrifying. I used to watch my brother do gigs and thought ‘no I’m never gonna be able to do that’. And then I did the classic ‘enter the school talent show’ thing, and then from then on I started getting a bit more confident and feeling a bit more comfortable on stage. So it just kind of happened, and I thought I probably should do this, because I can’t really do anything else,‘ she laughed.

With lockdowns around the country still in full swing, the pressure on the creative industry has been palpable. Not only has there been a strong feeling of toxic productivity floating around, artists are now having to keep up a social media presence in order to keep connections with audiences as strong as possible. Maya explained to us that although she felt a lot of pressure at the beginning, she has come to the conclusion that during a world wide pandemic you really should be taking some time out for you.

‘Yeah I think because everyone’s on pause, the pressure on keeping up a social media presence is a lot more. This was meant to be the time that everyone was taking a bit of a break, but for me that pressure was just a bit too much and I didn’t end up being as creative as I thought I would be. I think mainly because I was comparing the things I was doing to the things that everyone else was doing and it got a bit much. But in other ways it has been good, to have a break and do the things I actually wanted to do whether that was related to music or not. And I think that it’s really easy to get sucked into Instagram, and it’s the same for everyone, not just in music. Like ‘ooh you’re making sourdough are you? Well I haven’t left my bedroom in days‘, she laughed. ‘It’s hard to get yourself out of bed sometimes, but music wise I think it’s best to just kind of concentrate on what you’re doing and try not to get sucked into the fake-showy-off things that people do. Which everyone does sometimes.‘

Being locked away in our houses has meant that creatives have found it incredibly difficult to find inspiration to be just that, creative. With what seems to be a very Groundhog Day-esque vibe settling on towns and cities around the country, it has been hard to find unique moments of creative epiphany, meaning that many creatives have found themselves in a writers block (Maya being one of them). The singer-songwriter told us that while she is currently struggling to find inspiration to write, her usual songwriting process lets her take herself on a journey of cathartic release.

‘I think it’s really easy to have writer’s block at the moment, because there’s just nothing going on so there’s just not a lot to write about. It will generally just start with a couple of lines that I’ll think about and then it will gradually become a whole track. Or it will all come out at once and I’ll be like ‘woah I didn’t know I needed to deal with that right now’. But it changes all the time, like I just recently started doing another track with Gabriel and that was quite a slow burner. And I think it depends on the sound and what’s going on at the moment. 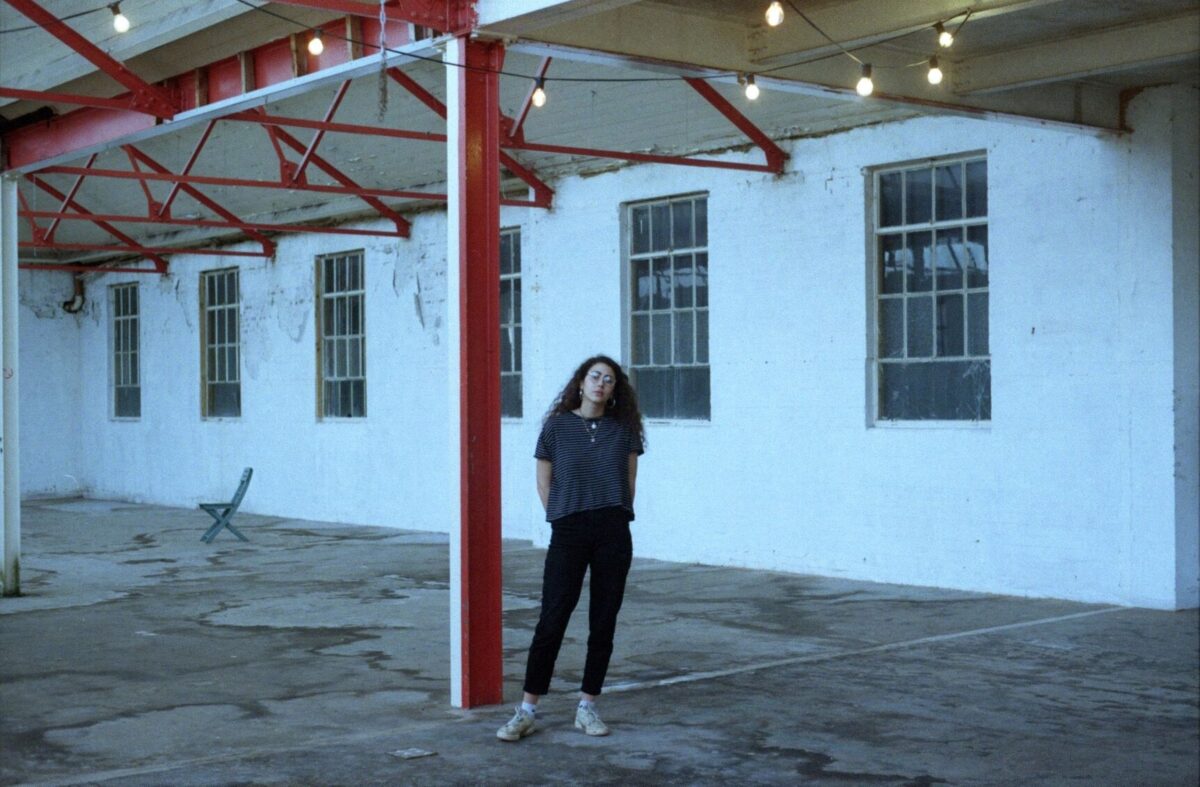 Sunday 14th February saw the release of Maya’s title track for her upcoming EP ‘Hitchhiking’. The single, much like Maya’s other recent singles, focuses on mental health and finding yourself again after losing yourself in a upsetting turn of events. Maya’s lyrics are very real and don’t shy away from anything, and although the single provides a emotional pick-me-up, it also allows people to relate to the initial sadness of losing someone you loved.

‘I’d just split up from a long-term girlfriend and that was really sad. So I wrote loads of really sad tracks that are all on the EP that are really depressing. And at the end I tried to get myself out of this slump and it just kind of came out and I just felt so much better. That feeling of thinking, OK I know I’m not 100% happy and moving on yet, but everyone is on their way to feeling better at some point, even if you’re right at the beginning. It’s still like a journey. And I felt that I wanted to put it out now, because people are feeling down in the dumps, it’s winter and you can’t go and see your friends and loved ones. So hopefully this one will make people feel better, because the rest of them definitely won’t,’ she laughed. ‘I think I’ve always just tried to be as open as I felt comfortable with, and that’s just like progressing and I just don’t feel like I fit into any directly into any genre, like that genre does change from track to track. I think trying to be authentic and honest, people connect with stuff like. I do anyway, I connect with stuff that I feel is genuine.‘

The Norwich art scene is an interesting one. Although Norwich may not be the city that springs to mind when you think of the UK creative scene, the cities budding artistic side is only continuing to grow. With the Norwich University of Art set in amongst a number of art’s centres, music venues and theatres, the Norfolk city is adding it’s own unique colours to the country’s art scene. As creative collectives and musicians have begun to flood in to Norwich, Maya explains that growing up in Norfolk has meant that she has experienced the cities rise into creativity and the arts as it has grown and developed.

‘I think it can be, you have to go looking for it I think. Things like The Art’s Centre and BBC Introducing are really supportive and encourage a lot of different types of genre. I think in Norwich, because everyone knows each other you can’t really keep anything a secret, you have to just accept that people are gonna know who you are before they’ve met you or got a chance to know you. I found it really difficult to be honest and open with song writing because everyone already knew who the tunes were about, so it was quite daunting. But in the same way that’s why it can be so supportive, and want to see you succeed and I don’t think you get that in many other cities really.‘

Newly released single ‘Hitchhiking’ is only the start of a very exciting year for the young artist. With the rest of her upcoming EP arriving in April, Maya explained that it does not stop there, there is even more exciting things to come.

‘Well the rest of the EP will come out in March, once I’ve got all the vinyl’s ready. And then I’ve got another track coming out with a producer from London which is completely different to anything that I’ve done before, and the track with Gabriel Gifford and Freya Roy which will come out in the spring. So just trying to work with new people and make new things. This EP is a bit old to me now so just excited to move on pretty swiftly. Not that I’m not excited, I just feel like something new is brewing.‘

Head over to Maya’s Spotify page to listen to more of her touching tunes, including brand new single ‘Hitchhiking’.