The gender imbalance in the music world continues to be evident, and this can be seen specifically in the jazz sector. In a 2016 study, it was discovered that just 5% of jazz instrumentalists were women. And it was statistics such as this one (among many others) that led second-cousins Louise Paley and Nina Fine to found Women In Jazz, the forward thinking platform championing female jazz performers. 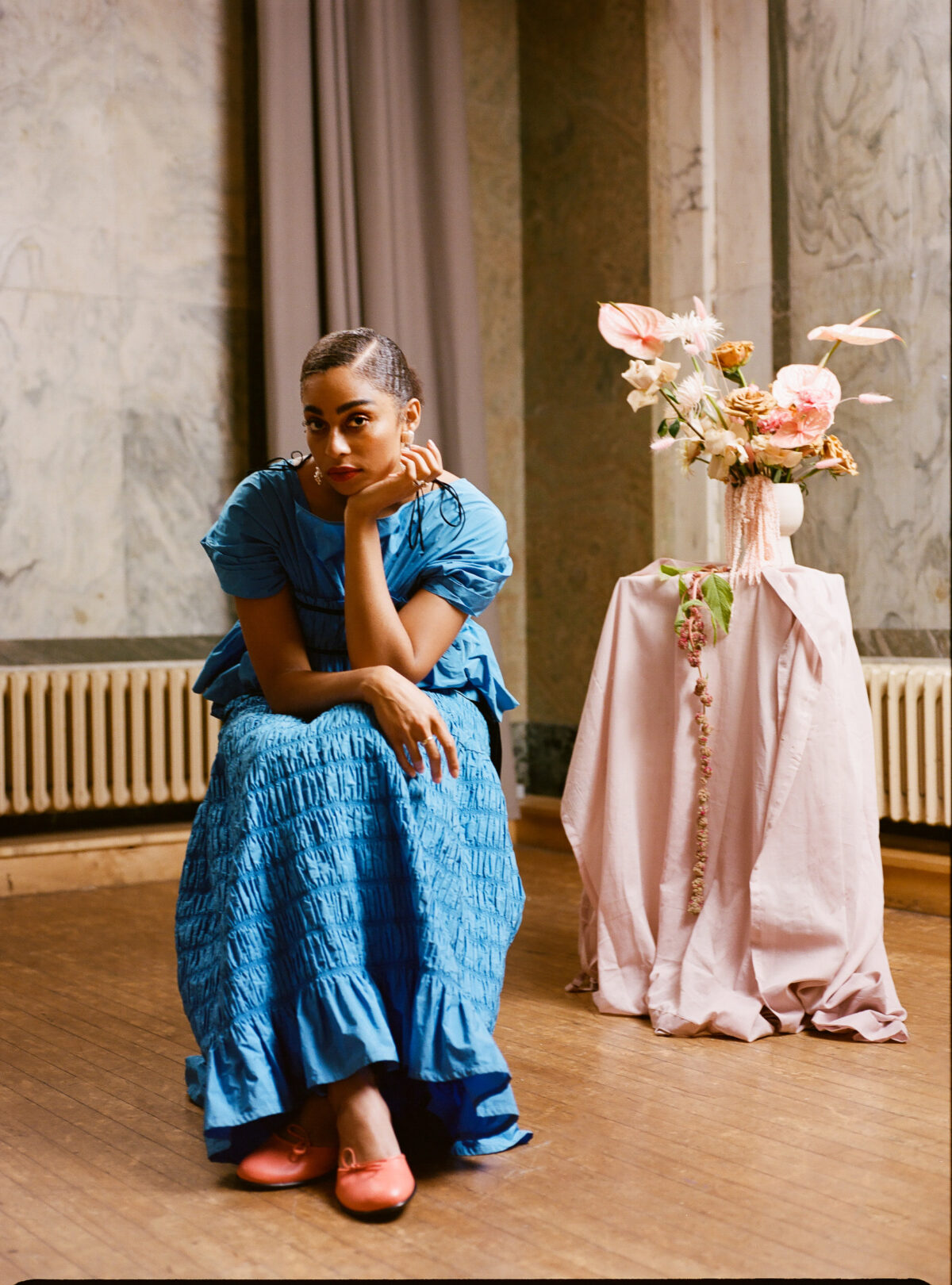 Photo of Celeste by Jameela Elfaki

After both pursuing careers in the music industry, Lou and Nina started to identify patterns in terms of gender imbalance. The lack of female confidence in pursuing a career in jazz was something that Lou explained she had noticed a lot within her time in the industry. Although some of these women had attended some of the most prestigious jazz colleges in the world, from Berkeley to Trinity, their dreams had been down trodden by a predominantly male community. ‘It was something that I noticed over a number of years, and I think I had gotten to a point in my career where I thought I really want to do something about this and understand why this is happening’, Lou told us.

It was then that Lou and Nina decided to create a show on Soho Radio in which they could really get to grips with women’s journey’s within the music industry. Since creating the radio show, Women In Jazz has progressed ten fold. With a whole range of different mediums, the platform has become a community made up of over 8000 artists. From sell-out shows to successful workshops, career development to audio and visual experiences, Lou and Nina are set on championing and nurturing female artists (and their talents) to the best of their abilities. When speaking about the career development strand of the platform, Lou explained that this is ‘where we help artists get to the next stage of their careers, like providing them with tools and resources to develop on the business side of things. Because that’s what they’re doing, they’re starting a business. So it’s about how do you go about running that as an independent artist, and how do you go about developing and nurturing an audience and building relationships in the industry.’

In addition to their mission to solve the underrepresentation of female jazz artists, Women In Jazz have also launched a digital strand. In order to inspire the next generation of female jazz musicians to follow their passion, Women In Jazz are using this new platform to highlight the women at the forefront of the genre. Each ‘Uncovered’ episode will feature an interview, performance and 35mm shots of each appearing artist. The first musician to perform on the new channel is Brit Award winning singer Celeste, who recently went to number one with her latest album ‘Not Your Muse‘, the first British female number one debut album in five years. Describing the process of creating a digital strand as ‘an amazing experience’, and ‘a huge learning curve in every sense’, Lou gave us an insight into the process behind creating the first film in the series, and working alongside the raw talent that is Celeste. ‘There’s lots of elements to the film, the first part is this interview where we explore and really get under the artist’s skin, finding out about their heritage and their childhood influences and how they got to where they are now. And then we go into the live performance, so there’s the whole direction process. I mean we can understand the story but until you actually develop it and execute it, you don’t really know what it’s going to look like. So it was an exciting new risk that we took and we’re really glad that we did, because we’ve had such positive responses so far. And it was amazing to work with an artist who has such rich, authentic emotion in her lyrics, it was a pleasure working with her.‘ 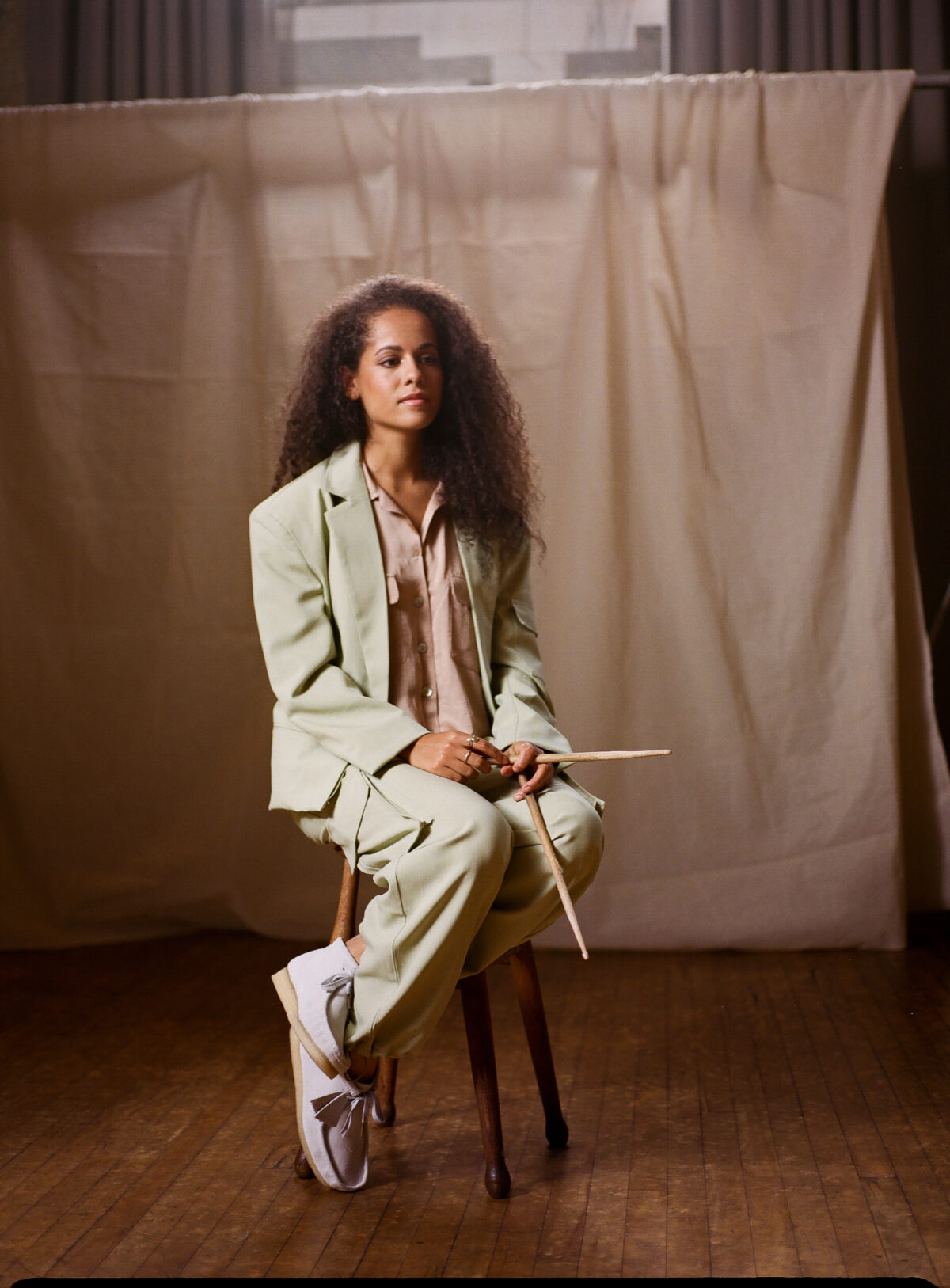 Being such a hands on brand, Women In Jazz, like every creative platform over the last twelve months, has had to alter it’s work in order to continue progressing during a worldwide pandemic. Unfortunately this means that in person workshops, talks and shows were off the cards. However, with a loyal community on social media and the their mission still set, Lou and Nina have continued to find ways of working to champion female jazz artists, even through lockdowns. ‘Let’s not beat around the bush‘, Lou began. ‘It’s been a really challenging time for the music industry, whatever section of it you’re in. From the venues to the organisations to the artists, everyone’s had to carve new creative ideas and ways of pushing their brands forward in order to achieve their mission during this pandemic. And that is such a difficult thing to do. We have been so lucky in the sense that we’ve been part of the career development programme as part of the Abram Wilson Foundation which helps young businesses develop a strategy to get from A to B, and that’s been the most inspiring thing we’ve ever done. We’ve learnt so much from working with them. And it was with the support and help from them that we were able to develop our digital strand. Live events have been a bit of a shame, but coming out of a pandemic and saying we’ve launched a digital channel with one of the most prevalent artists today, Celeste. We’re really grateful for that opportunity and we’re so lucky that we were able to work with her.

After working with some incredibly talented female artists, picking a favourite would be near impossible. Instead we asked Lou who she thinks should be on our musical radars right now. ‘I’ve been following a bassist recently called Marla Kether, I’m not sure she’s released any of her own music yet but we actually reposted one of her videos recently and she’s just got an amazing rhythm and groove. I’ve really loved watching her journey. Olivia Dean who’s a rising vocalist, I really love her style and flavour. Sarah Thawer who is a little bit later on in her career but just check her out she’s an amazing drummer. And also Jas Kayser whose featuring on the next Uncovered episode. She’s a composer, arranger, drummer, very heavily influenced by Afro-Latin rhythms. I mean I could go on for ages’, she laughed. ‘But if I had to narrow it down I think it would be those ones.‘

While brilliant, progressive platforms like Women In Jazz are pushing for equality and female recognition within the music industry, there is still so much that needs to be done. However, as Lou explained to us, female artist’s confidence in themselves and their music lies at the heart of solving the problem. It is with the help of mediums like ‘Uncovered’ that women are able to identify role models within the music industry, and develop the confidence to follow that same path. Finally we asked Lou what she thinks needs to change in the industry in order for a more balanced split of genders, and for female jazz artists to get the recognition that they deserve.

‘A question that we always ask is what is the music industry actually doing and what could it be doing to address the gender gap, the opinions of women and the negative experiences that women have. And I think if we look at recent years, in the wider music industry, women have been dominating the charts. But I really think it’s a combination of organisations and charities and different parts of the music industry pulling together to make a change. The Association of Independent Music is working really hard to address the music industry gender gap by helping get artists to the next stage of their careers. PRS for music have launched an initiative called Keychange which aims to encourage festivals and music organisations to include a 50/50 split between men and women and also underrepresented genders in programming too. And really positive changes have been made within the industry thanks to lots of organisations and grassroots venues and labels etc. I think that’s the most inspiring thing when young women see role models that inspire them to do what they do. You know that’s all you can really ask for. You’ve got British-Bahraini trumpet player Yazz Ahmed who one the innovation award for composition at the Ivors this year, Nubya Garcia who was recently on the front page of British Vogue. And often in our community that’s how people get into Jazz is seeing those figure heads, and it’s those women who inspire the starts of their careers.’

While we eagerly await the next instalment of Uncovered featuring Jas Kayser, make sure to check out the very first episode featuring the one and only Celeste below! And don’t forget to follow the Women In Jazz Instagram to keep up to date with all the platforms newest work!