South London singer-songwriter and multi-talented musician Plumm is recreating the idea of genre with her eccentric, ‘genre-less’ music. After starting to release her tunes back in 2018, Plumm has worked within a number of organisations and orchestras, growing her musical knowledge and developing her own sound. Then earlier this year Plumm was chosen along with 8 other fellow artists and bands to be a part of Gilles Peterson’s young musician programme Future Bubblers. We caught up with Plumm to discuss her time as a Bubbler, her unique blend of music and the future of her craft. 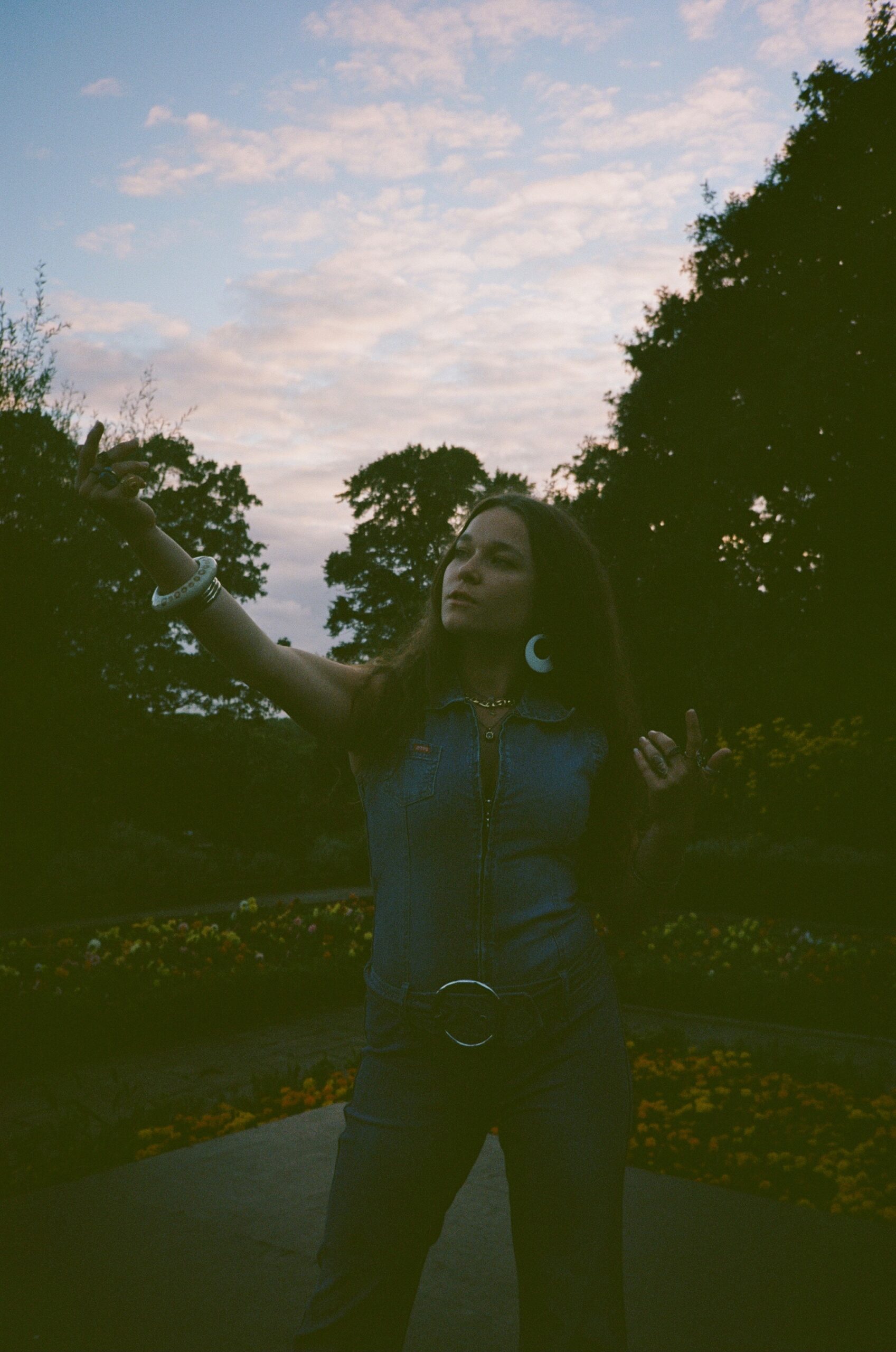 Plumm’s music is unlike any other. Using an eclectic range of sounds, both from instruments and vocally, the young artist is able to make her tracks both completely different but simultaneously instantly recognisable. So we wanted to know where this love of music came from and how it has developed to bring Plumm to where she is now. She delved into some of the most prominent memories of music from her childhood.

‘I played the timpani in the school band‘, she laughed. ‘And also the big cymbals, that was kind of my thing. Growing up I was very musical, I was always in the groups or the choirs, singing like Chicago theme tunes and making my own music, etc. I think it’s just been such a constant in my life.

I think it was a progression into music. When I went to Brit [school], that was kind of when it sculpted into something where I saw myself as an artist, as Plumm. But also as Plumm in terms of like a body of work, making music that meant more than just trying to get better and better.‘

To confine Plumm’s mood-driven soundscape to simply one genre would be entirely unjust. Using one label for a musician and and their tracks has become an outdated custom and in most cases cannot be done. So we asked Plumm to sum up her music outside the realms of genre.

‘I love that, because there is so much variety now and genre doesn’t really matter in a way. I like to describe my music in non-musical words; moody, eccentric, eclectic, genre-less I guess. But then am I putting myself in a box by even saying that? And very soulful but in that hitting way. I want to do as many kinds of music as possible. Hybrid is another word. I’m an absorber, an empath, it’s very conversational and improvisational.

That is also especially true with the evolution of technology, now we are able to find different genres and styles. And also the fact that we are living in this attention economy of shuffle-playlist culture, people are so absorbent to how everything is so interchanging. People were so obsessed with trying to find your lane, and boxing in. Even putting my music up on Spotify they give me four genre options, and I always think about what to do.‘

Earlier this year we were lucky enough to see Plumm perform at the Future Bubblers showcase at The Jazz Cafe with her incredible band, including a breathtaking electric harp. Not restricted by any one genre or style, Gilles Peterson and Brownswood Music’s talent development plan Future Bubblers, embraces all kinds of musical talent. Actively seeking out new and exciting creatives within the music industry, Future Bubblers aims to support and mentor these artists to the best of their abilities. The musicians receive one-to-one production workshops with music software company Ableton, be given the chance to perform at live Future Bubbler record live sessions from the iconic Brownswood basement, among many other opportunities that will give them a running start into the music industry. We asked Plumm how she is finding being a Bubbler and how she felt the showcase was received.

‘It’s weird because that was my first time ever meeting the other Bubblers. Because live shows are my main lense, it was so nice to see everyone relish in their own sound worlds and how they perform, how different the stage set ups were. It was such a variety show. And having an electric harp on stage is so hot!’ she laughed.

‘Bubblers in general was crazy, because the application was way back and I got the email and you kind of forget how much you apply for. The fact that I got Future Bubblers was amazing because I always knew about it and really wanted to be a part of it. It just seemed like the right lane, and I’m sure that other Bubblers will say the same, that the growth is ideal because we’ve been planted but we just need some more light. It’s been nice to use it as a steer in the right direction. I love as well that it’s not just London. Because I’m in London and it is very much a bubble, so it’s nice to see what’s going on around the country.‘

With such a unique sound, we also wanted to know where Plumm’s inspiration comes from. While lyrics are not at the forefront of Plumm’s instrument heavy music, she explains to us that sometimes a little is just right.

‘I very much like to have one day where I work on something so I can fully encapsulate a mood. Inspiration comes quite eclectically, because lyrics are very much the last thing I do. I feel like the less I say, the more I mean.‘

Finally we asked Plumm what we can expect from her in the near future. As soon as venues started to open back up, she was at the door and ready to play. So aside from shows, what else can we get excited about from this groundbreaking artist?

‘I’ve always had an ever-changing, rotating band, so I really want to secure this sound in. I want to take it to bigger venues and develop that. I am also building a vocal texture choir, which was going to be in the upcoming project, but I’m going to push it to become its own thing. And then just loads and loads and loads of music. I’ve literally been cooking over lockdown. I’ve got so much that is envisaged. Lots of features coming up. Yeah been a busy chicken! But I’m excited to get all this out.‘

While we wait for Plumm’s upcoming music, head over to her Spotify page to listen to her eccentric past tunes. Also follow this link to buy tickets for Plumm’s next full band show at Woolwich Works as part of London Jazz Fest 16th November.