At just 23-years-old, Sam Tompkins is one of the most honest and unique new voices of UK music. After pursuing busking from a young age, Sam has built a huge fan base through his raw talent and clever lyrics. Summing up his music as ‘Super depressing, but honest’, the immensely talented musician is not afraid to let his audience into the inner workings of his mind, through his art. Along with some other incredible British artists (Bastille, Ella Eyre and past Haste interviewee Olivia Dean), Sam has reimagined one of his favourite Christmas songs for Google Nest’s Audio Session: Christmas Number 1’s. We got to catch up with the flourishing artist about his journey into the music industry, his Christmas cover and his newly released single ‘Charlie‘.

With musical influences ranging from Ray Charles to Justin Timberlake, Nina Simone to Drake, it’s not surprising that Sam has been surrounded by music from a young age. He gave us an insight into the first prominent memory he has of music.

‘My first prominent memory of music is probably my mum playing me “Lately” by Stevie Wonder for the first time and being completely blown away by it.’

After he started busking on the streets of Brighton at just 16 years old, Sam realised his passion for singing very early on. Touching on every day struggles and bringing serious mental health issues to light, Sam really opens his heart up with his lyrics and invites his listeners to not only understand more about him, but to relate to his tracks. He told us that he knew from a young age that his passion for music was something that he wanted to pursue as a career.

‘I think I always knew I didn’t want a normal 9-5 type job, but i tried a couple other things like football and skating and then when i got to about 15/16, I realised music was my thing. nothing else in life compared.’ 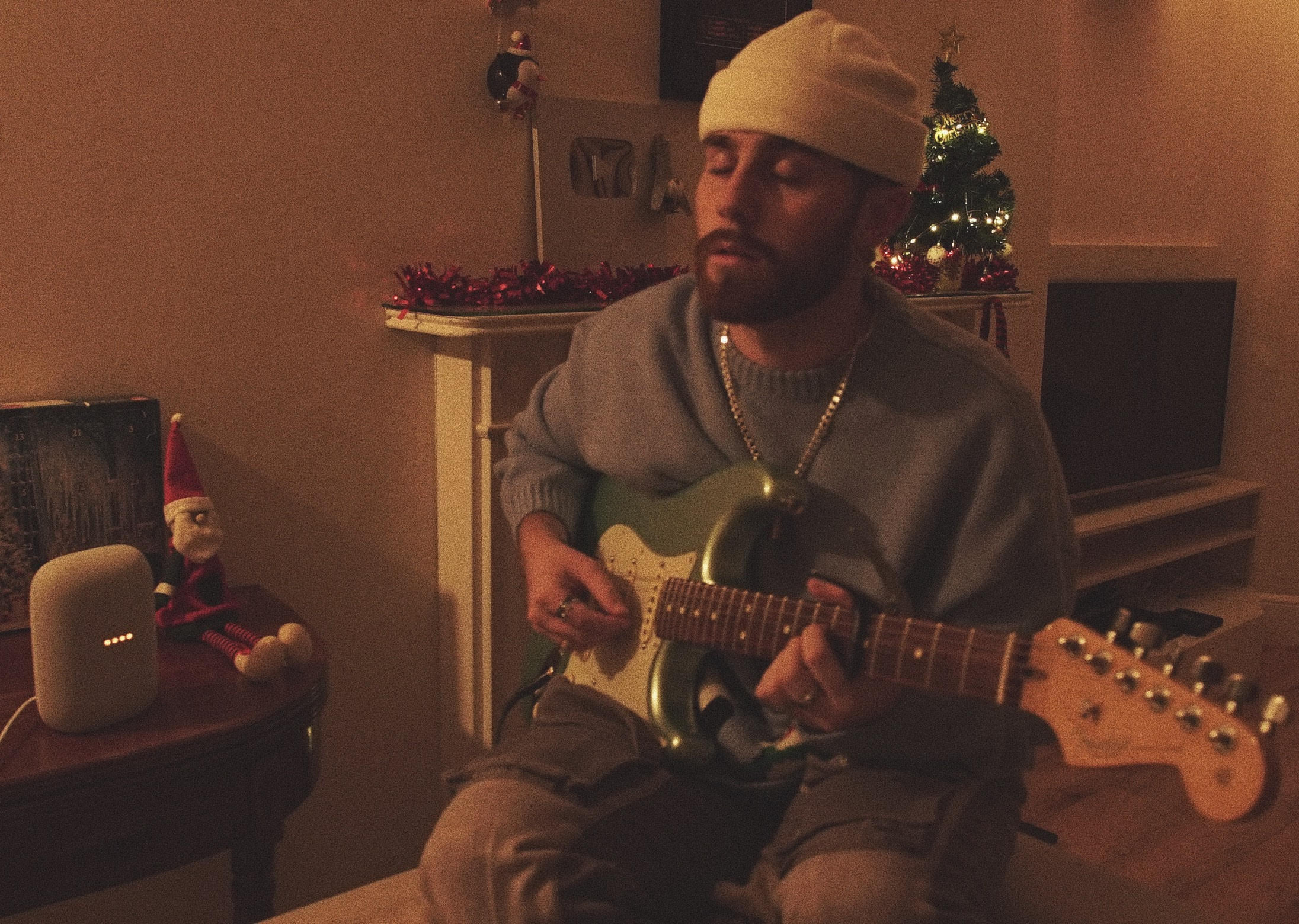 In promotion of Google’s smart speaker range, the tech company set out to find amazing artists to deliver everyone some festive cheer with their renditions of a classic Christmas tune of their choosing. Being one of the artists asked to perform, Sam let us in on which song he chose to sing and why.

‘I chose Mad World because i remember my brother playing it for my family at Christmas cos he’d learnt it on the piano. Also after the year we’ve had, it seems fitting.’

In the Christmas spirit, we asked Sam some festively fitting questions. When asked what the best bit about Christmas was (food, presents or music), he responded with a wholesome and touching answer; ‘None of the above. It’s definitely spending time with family’. And when asked what his top three Christmas songs are, he gave an answer which just emphasised his truthful character; ‘I only really like the Mariah Carey one‘.

Since releasing his first single in 2017, Sam has gone on to work with some amazing artists as well as connect with so many listeners through his unique blend of nostalgic R&B singing and emotional-filled raps. His most recently released single ‘Charlie‘ struck a chord with so many of his fans and only added to his list of powerful tracks. He gave us a window into the inspiration behind the song.

‘“Charlie” is basically about losing a partner to a guy named “Charlie”, I think you can interpret it anyway you want it to. I personally interpret Charlie as a class A substance, but that’s just me.’

Beginning his career performing to the people of Brighton, Sam’s journey into the music industry has been an incredibly organic one to watch progress. His undeniable talent has touched the hearts of not only fans who have discovered him online, but also fans who have watched him progress from busking down the seaside cities roads, to performing on stages in London. When asked what advice he would give to young artists aspiring to do the same, he gave a lot of credit to his initial way of performing.

‘Don’t let people tell you busking isn’t necessary. It really is. You will become a great performer because of it.’ 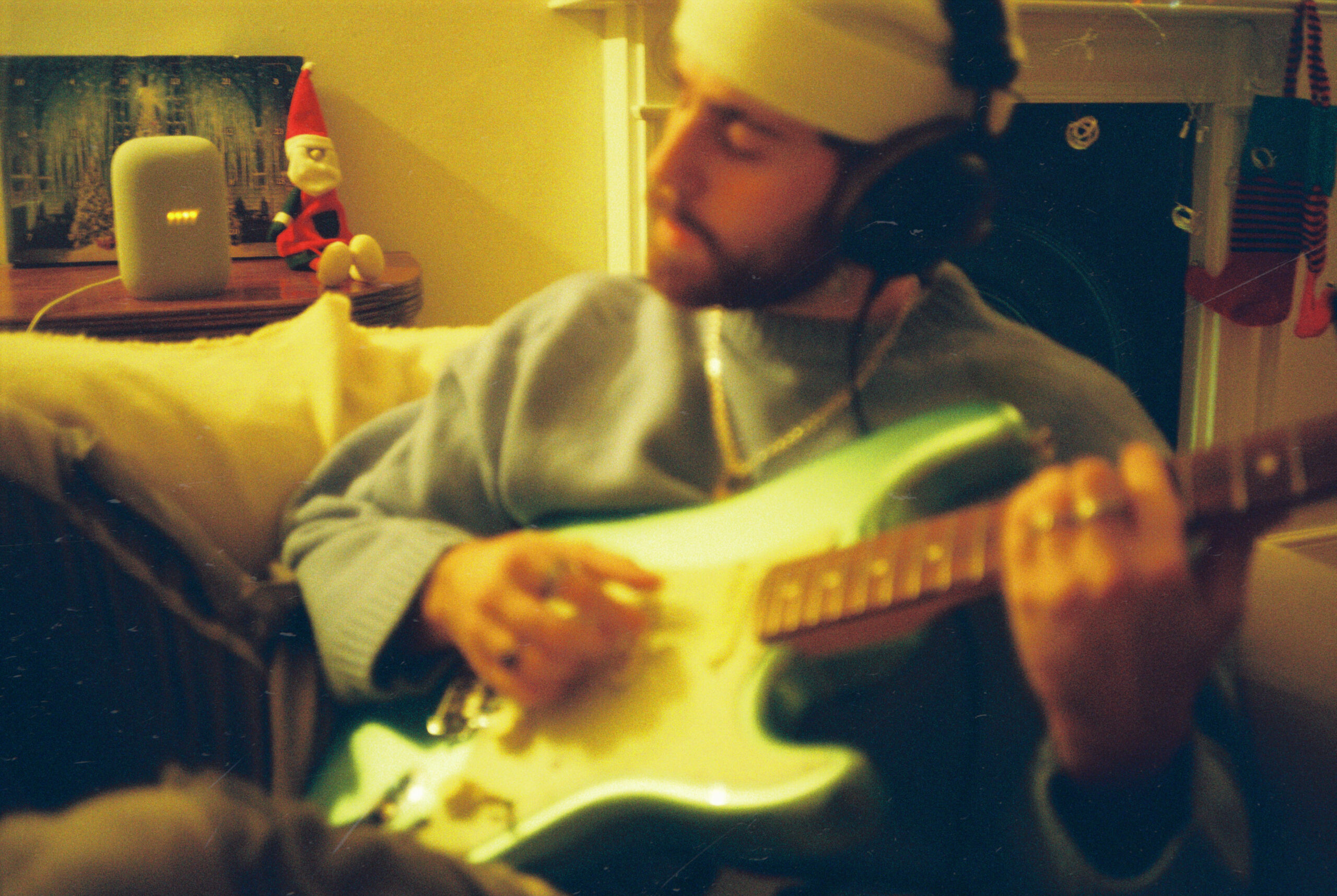 Throughout this year, creatives of all types have been forced to transition from performing or presenting their art in person, to displaying it online. While some artists have transitioned somewhat easily, others have found the pressures to put out music and now also put out a lot of content on social media thoroughly overwhelming. We asked Sam how he has dealt with these pressures over an already tense year, to say the least.

‘I think this year I’ve learnt a lot about myself. Firstly I have stopped putting pressure on myself to write music because I know I NEVER come up with good material when I’m forcing it. I have realised my creativity comes in waves. I just ride the wave until I can’t and then float about until the next one comes. As for social media, I think it’s generally very destructive to my mental health, but i’m learning not to seek validation from it or the people on it as much and just teaching myself that I am good enough as is. nobody can take that away from me if I truly believe it. Posting on that app is very demanding sometimes, so I’ve learnt to just post when I truly want to and then I will be okay.’

Although 2020 has been a difficult year for us all, with the end of the year insight people’s spirits are slowly rising. And although making certain plans still seems like a distant memory, emerging artists like Sam are just getting started. When asked what the future holds for him and his music, Sam responded with an answer that we could all agree with as we move towards an uncertain but hopeful future.

To hear more of Sam’s moving music head over to his Spotify page, and check out his Google Nest Audio Session: Christmas Number 1’s cover HERE.