Raelle on her silky serenades and brank new track ‘Sunrise’

South London songstress Raelle is taking the musical world by storm. After releasing a string of singles throughout 2020, the flourishing musician is continuing to grow her discography and fan base. Her silky serenades and funky tones have captured the hearts (and headphones) of many. We caught up with her to discuss her journey into the music industry, her latest track ‘Sunrise‘ and upcoming projects. 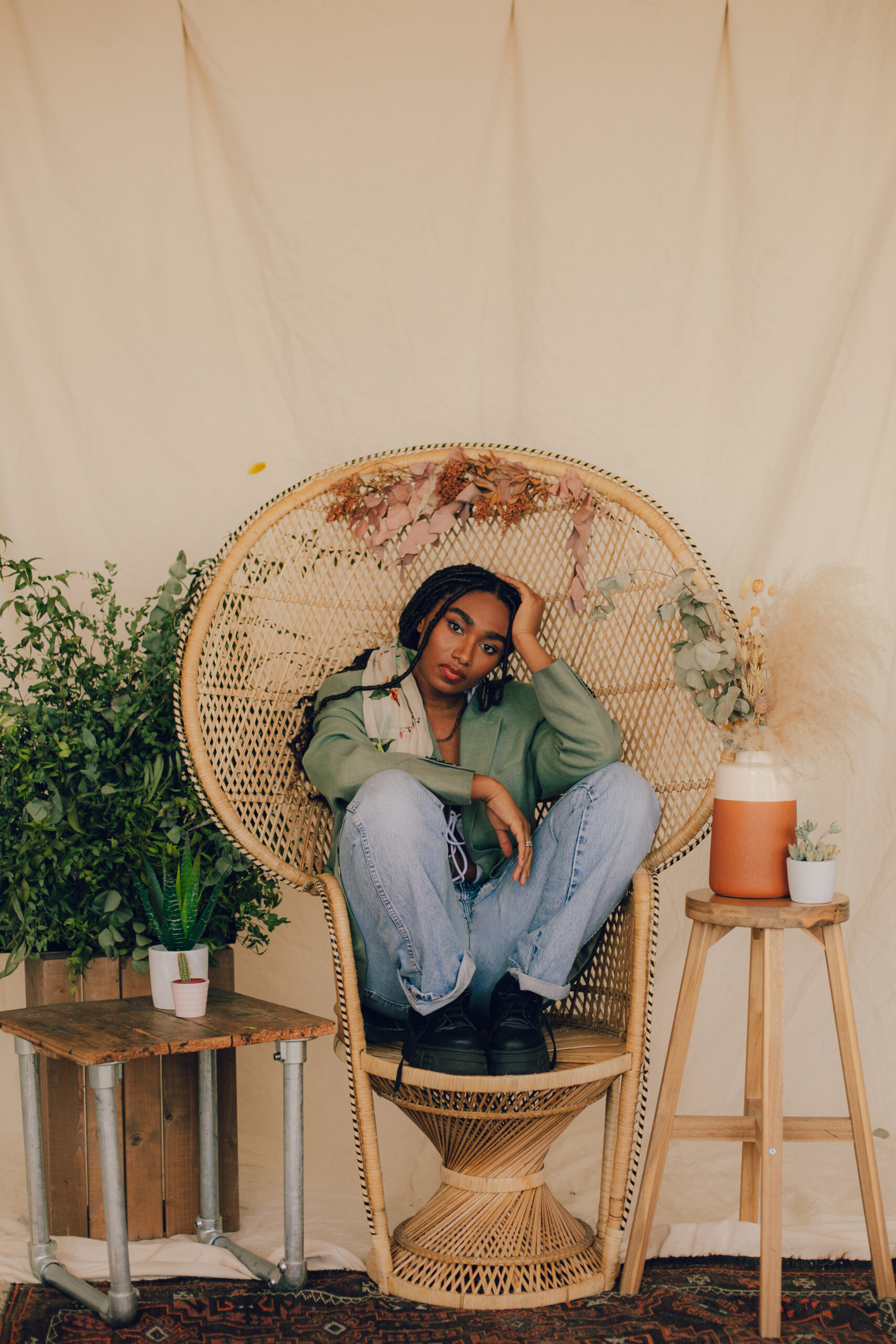 Incorporating a number of different genres into her work, from jazz to neo-soul to R&B, Raelle’s musical accolade knows no bounds. So naturally we wanted to know where this love for music started. We kicked off the interview by asking Raelle about her first prominent memories of music and the moment she realised she wanted to pursue her passion as career.

‘Probably singing in church, I spent the first half of my life in the US, and my family were very active in the church, I would watch my mum sing and wanted to do what she was doing so I would sing with her and soon it progressed to singing solos and that’s when I first fell in love with singing!

During school I was classically trained and solely did that for around 7 years which almost made me fall out of love with music, after school I felt quite lost and alone, and not quite sure what I was doing with my life and that is when I joined an acapella group, I remember the first performance we put on that was when I decided that I wanted to pursue music as a career.’

Raelle, along with many of her fellow female musicians, are using their craft to pave the way for a stronger gender balance within the music industry. With just 5% of jazz musicians being female around the world, it is clear that there is still a strong male-dominance within the industry, which we must work towards altering. We asked Raelle what kind of obstacles she has faced as a female in a predominentally male industry, and how she has overcome them.

‘So around 90% of the people I have worked with have been male, they are all very talented and great people to work with, I have found it hard at times to get my voice heard and get my name out there as many of them can be quite rude and dismissive. Some men I have worked with don’t want to listen to me, they do not see my opinion as valid and people’s ego and pride certainly does get in the way. I feel like men especially are almost shocked when they hear my music, almost as if they didn’t think I was capable of producing music.

They definitely are more dismissive and you don’t garner as much respect from the work you do I don’t think, at least that is what I have found with some of the people I have worked with. But I do have to stress the word ‘some’ as some of the men I have worked with have been literal angels!‘

While Raelle’s sound and clear talent may have you thinking she has been doing this for years, it might come as a shock to learn that she only dived into the music industry reasonable recently. The pandemic came at the least opportune moment for Raelle and her musical plans. However, she explained that she has gone on to find silver linings within her time in lockdown.

‘I started my musical journey before the pandemic, around 3 months into it we went into a lockdown, I was so disheartened, but the pandemic really gave me a chance to solidify my sound, and develop my songwriting skills and connect with loads of creatives online, which was new to me, and that time alone was probably a blessing in disguise for me.’

Adding to her list of soothing, soulful tracks, Raelle’s latest release ‘Sunrise’ has further established her place in the music industry. The track takes listeners on a journey into the inner workings of her mind as she develops alongside her music. Raelle went on to explain a bit more about the process behind this moving track.

‘‘Sunrise‘ I wrote about new beginnings, I was in a place where I felt stuck with how my life was going and I started to appreciate more of what I do have, and how much meaningful relationships mean to me. I co-produced the track over zoom with my producer Carter who lives in Boston, and wrote it by myself, I find it much easier to write alone where I feel safe to let out my thoughts.’

Raelle then finished our conversation off with a look towards the future. After releasing her string of singles, she is very happy to announce that her debut EP will be released later this summer. Not only that, but we can also look forward to seeing Raelle live once again. May the future stay as bright as it seems right now.

‘Hopefully bright, I have my debut EP ‘Wake Up Sunshine’ out September 3rd and then I have more releases planned for the rest of this year and next, but I will be doing more live gigs across the capital for the rest of summer.’

Head over to Raelle’s Spotify page to hear more of her angelic vocals and catchy rhythms including newest track ‘Sunrise‘.