While the past twelve months have been a kick in the teeth (to say the least) for creative industries, we cannot deny that 2020 saw the release of a lot of great music. And while we were all stuck at home, it gave us a chance to really explore more emerging artists from all over the world. One place that has recently thrived in particular is Paris. Although Paris has always generated a lot of music, the French capitals music scene has seen the rise of an uncountable number of artists this past year. One being the soulful, and instantly recognisable Eylia. 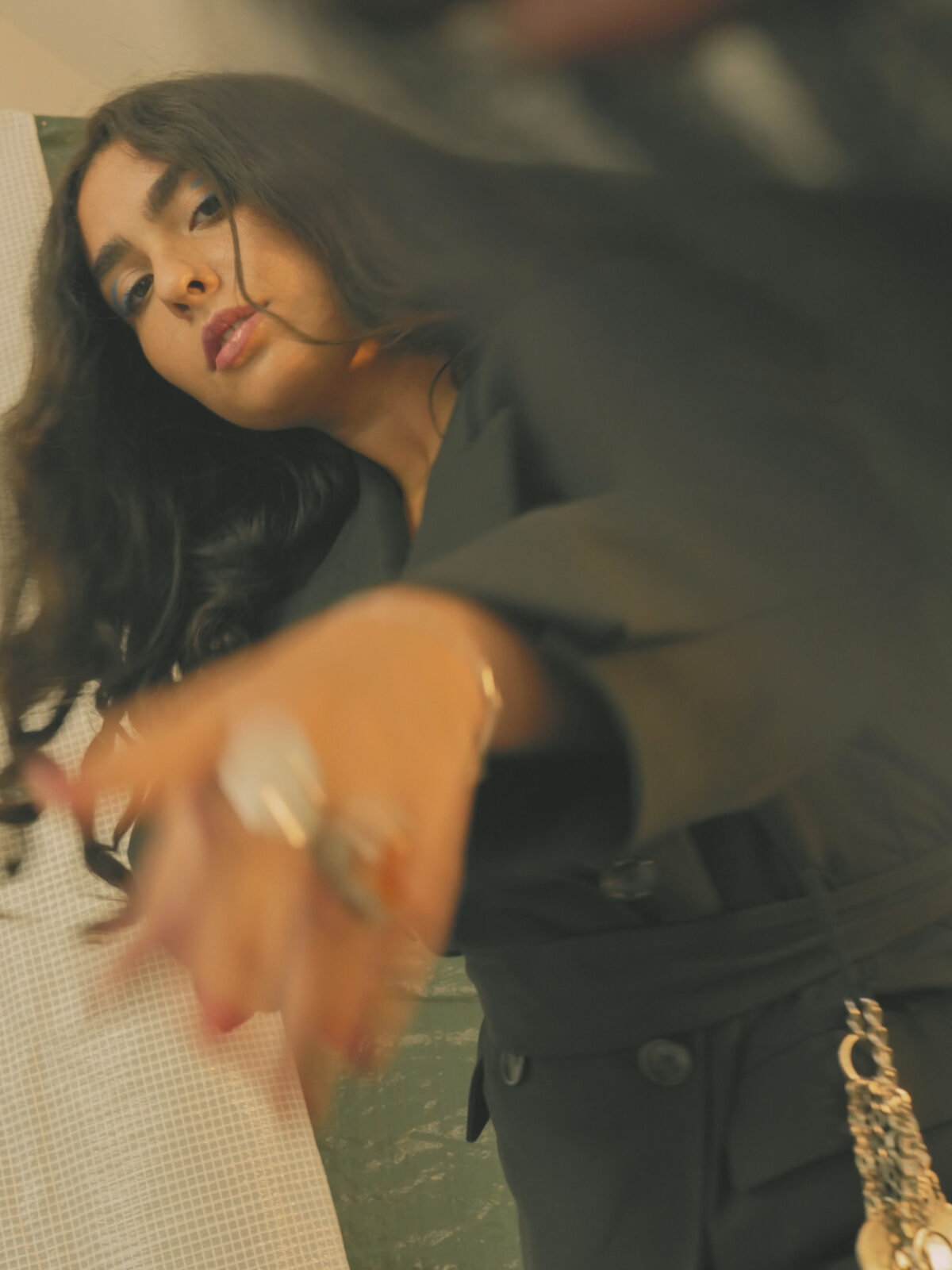 Eylia’s Italian and North African heritage has contributed a lot to her relationship with music, and this started from an early age. She explained to us that she grew up in a very musical household and that many different artists and genres have influenced the way she hears and creates music today.

‘I grew up in a household where everyone would listen to music constantly. I remember my father always playing old french classics like Gainsbourg during car rides, my mom playing jazz and Brazilian bossa at home, my brother introducing me to rap and hip-hop, my grand parents singing Arabic music during family gatherings… Music has aways been part of my childhood with many diverse influences.’

While Eylia has always had a deep love for music, she explained to us that the pivotal moment in which she realised she wanted to pursue music as a career did not come until much later. It was in fact when she met fellow Parisian artist and Haste interviewee Lou Berry at school that she decided to channel her love for music into creation. The pair then went on to create a number of songs together, including several on his newest self-produced album ‘Inner World’.

‘I had to validate a few more credits in High school to graduate, so I was required to take an extra class of my choice and I chose the Music class. Even though I had no experience whatsoever aside from listening to music all the time. We had to present something in front of the class every week and since I didn’t know how to play any instrument I tried singing some songs that I loved. At that moment I discovered that I actually had a voice, people were encouraging me at the end of class so it became quite natural and exciting. In this class I met Lou Berry who suggested that I should write something on one of the tracks he was working on, that’s how our track ‘Blue Sky’ was born and it’s funny how much it buzzed considering it was my very first official song. It motivated me to collab with other artists, producers, beatmakers, and work on my own compositions and projects, especially my first EP with Majeur Mineur ‘The Missing Scent’. We are actually working on a few songs at the moment, we have both evolved a lot since our last collaborations, in the direction we want to take but also in our creative process. I absolutely loved his last album ‘Inner World’ and how he works as a whole orchestra conductor by himself! So I can’t wait to see the result of our ongoing work.’

2020 saw the creative industry take a huge hit in terms of shows and generally being able to create. Not only this, but finding inspiration has become virtually impossible to find while everyone is continuing to replay the same day over and over again. This time was also hard for Eylia, but she explained that this is not necessarily the hardest part of her career so far. With such a unique sound the singer-songwriter found it hard to create connections with labels, however this did not dampen her determination to follow her dreams of creating music.

‘All these restraints were pretty hard… You can’t meet anyone in the studio, can’t perform live, you have trouble finding inspiration to write and compose since you don’t experience anything being locked at home…  Most of all my EP ‘Terra Nullius’ was almost ready and I didn’t know when I would be able to release it. Considering the situation, many record labels didn’t want to take risks with an emerging project. At first I felt very misunderstood because I had been working on it for almost 2 years and put all my time and energy in it, I feared it would never see the light of day the way I pictured it. But I had very precious and supportive friends who encouraged me to keep up the work and believe in what I was able to achieve on my own. At the end I’m proud because it taught me to go through a creative process and release process on my own as an independent artist and producer.‘

Mirroring the huge amount of musical influences she had growing up, Eylia’s music incorporates multiple genres, from jazz to electronic, soul to hip-hop. Alongside her catchy tunes Eylia’s lyrics take her listeners on a journey. Writing about heart-felt feelings and deep romantic connections, the young French artist embraces many emotions with her music. Incorporating so many different elements makes it hard to pinpoint Eylia’s music to just one genre, so instead we asked her to try and sum up her music in a sentence.

‘I often have trouble describing my music and my sound because I want to make the most out of all my different influences, I want them all to reflect in the music I create. So it’s difficult to put it in the box of a specific genre. In one sentence, I would say that I just want to share a mood, a story, a picture, a timeless feeling, that won’t leave you indifferent.’ 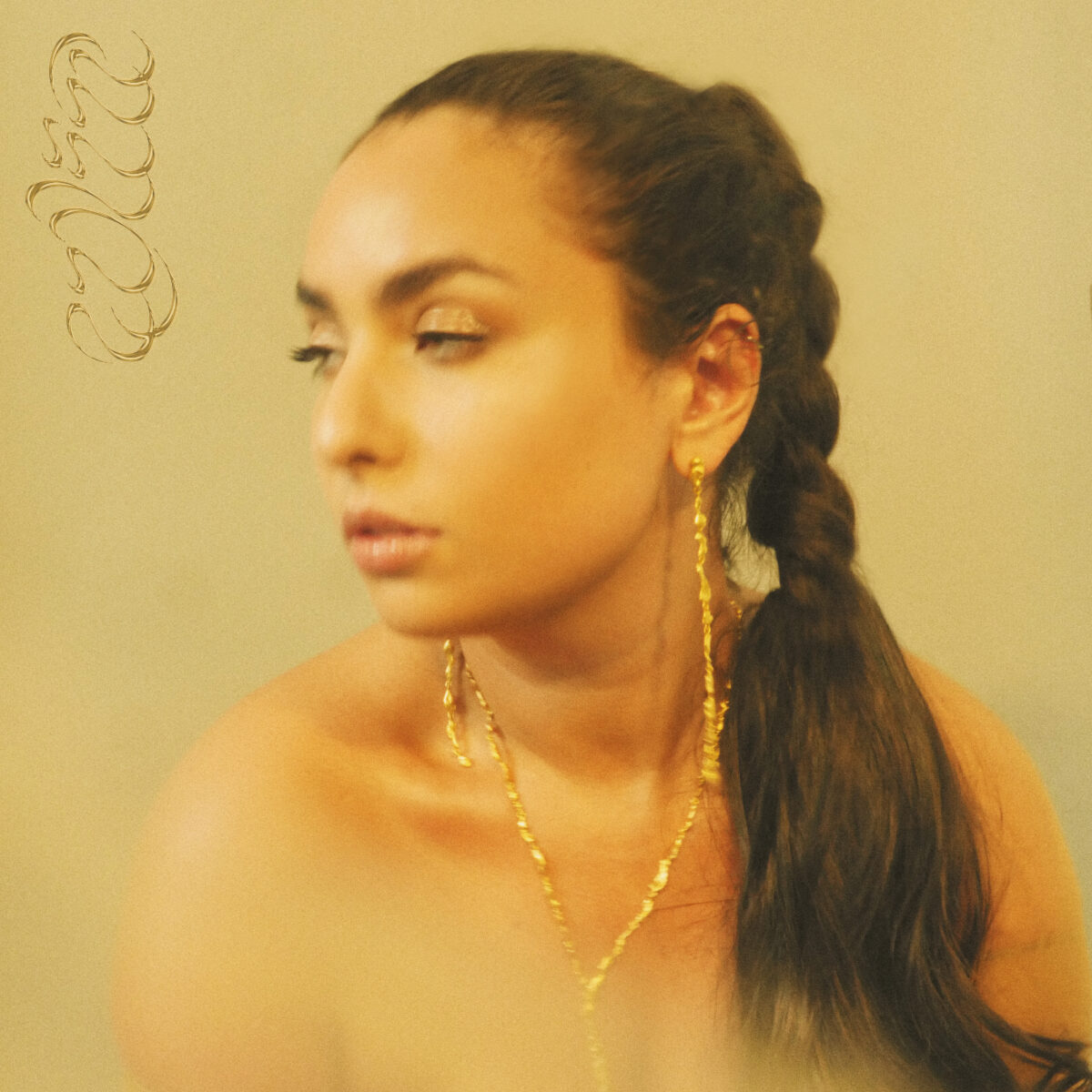 While a lot of European music has found itself lost in the past due to language barriers, musicians from France and Belgium in particular are starting to find themselves appealing to a much wider audience. Artists such as Belgium’s Angèle are making their mark on worldwide audiences and helping to pave the way for a much more European based music collective. So we asked Eylia who she is listening to right now, and if she is enjoying a lot of her fellow European creatives.

‘I constantly listen to every new artist, new release, but at the moment I have Kali Uchis’s album ‘Sin Miedo’ and Q’s EP ‘The Shave Experiment’ on repeat.  Totally, French and francophone artists (especially from Belgium) are becoming bigger and bigger despite the language barrier and I find that so cool. I particularly love rap and Hip-hop artists, like Lala &ce, Frenetik, Damso, Hamza, Frenetik… We also have a lot of French artist singing/rapping in english that are on the rise, like Mikano with whom I collaborated on my track ‘All Night’.’

Since releasing her latest EP ‘Terra Nullius’ back on the 29th of January this year, Eylia’s newest project has been met with a great deal of love and support from her fans. We asked the young artist if she could explain some of the process behind creating her newest EP. And this project is no different.

‘It’s mostly inspired by sacralised relationships, wether they uplift you to the moon or take you very down to the point where you don’t even recognise yourself. I often talk about my personal experiences but I like to add a touch of fiction and imagination to my stories. Maybe something that’s fiction to me is someone else’s reality, who knows?‘

While lockdowns are still very much happening all over the world, it is unsure when we will reunite with our beloved live events. The hazy-looking future also makes it incredibly hard for creatives to plan ahead. However, Eylia assured us that she is working hard on some more tunes, so we wait with baited breath.

‘At the moment I am working on some new tracks, I’d like to travel and meet new people to create new opportunities in my music, but everything is still so uncertain with this current situation. All I can say is that a new chapter is open for me!‘

To hear more of Eylia’s genre bending tunes, including her recently released EP ‘Terra Nullius‘, head over to her Spotify page now!