Parisian pianist and producer Lou Berry on the process behind his sultry, enigmatic music and poetic lyrics

After first entering the music scene back in 2016 with his EP ‘Blue Sky‘, Parisian singer-songwriter and multi-instrumentalist Lou Berry has captured the hearts of many with his contemporary jazz vibes and poetic lyrics. Since then, Lou has spent time creating more music and in doing so, refining his uniquely recognisable sound. Through producing music, as well as his latest self-produced album ‘Inner World‘, Lou has been able to really explore every avenue of music. We got to chat to the flourishing artist on how he first came to find himself in the music scene, the process behind his capturing tracks and what the future holds for his incredible music.

With such an eclectic range of musical talents, it’s no surprise that Lou’s passion for music began at a young age. And when asked what his first prominent memories of music are, he replied with an interesting childhood story that explained this in greater depth.

‘I had piano lessons for a few months when I was still very young. I remember my teacher used to draw crocodiles with cigars in their mouth on my music sheets. He used to tell me that the crocodiles will eat me if I did too many mistakes. That must be my very first memory, but I also remember listening to jazz music with my dad in the living room, my first steps singing in a choir…‘

Although the Parisian producer had began to learn music from a young age and understand it, it wasn’t until a later age that Lou grasped his real relationship with creating tunes. Describing his music to us as ‘the noise I have in my mind when it’s willing to escape‘, it was interesting to learn that it wasn’t until about four years ago that Lou started to develop this idea of catharsis through his music. He gave us an insight into when he first realised he wanted to pursue his passion as a career.

‘The idea grew in my mind shortly after the release of my first EP. I met the right people and it started to seems like a path I should take. That’s also the moment I really fell in love with music. It may seem a bit weird or abstract, but I started to feel music in a different way, being more ‘in it’ than just listening to it.’

Much like his interesting and sultry music, Lou explained a bit about his song writing process to us which only adds to the character that exudes from his songs. His mysterious sound is in fact influenced a lot by the ‘musical landscape‘ in which he is encompassed. The artist finds himself very much submerged in his music and the process behind it, and it is this that makes authenticity of his music so viable. 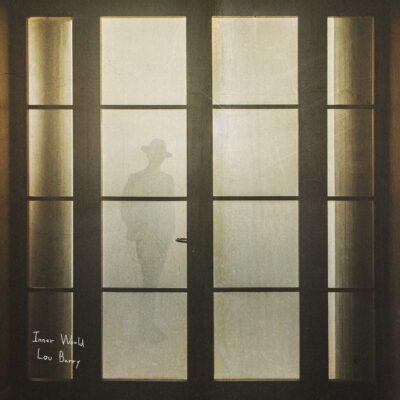 ‘I usually start by working a lot on the instrumental aspect. I take great care of ambiances and musical scenery. I need to feel depth in the musical landscape. Then I start to write whatever comes to me while listening to it. I like to let my subconscious play a role in the writing process. It’s weird how I feel attracted and inspired by tiny elements that defines musical context more than central musical ideas.‘

After releasing his self-produced album ‘Inner World‘ at the beginning of October last year, Lou’s music has been received very well by his eagerly awaiting fans. The album also saw the ongoing collaborations between Lou and fellow Parisian musician and singer Eylia. After featuring on his first EP, Eylia’s enticing tones were present on two more of the tracks in ‘Inner World‘; ‘Mary’s Lies‘, and ‘Runaway‘. Lou gave us a window into how the pair came to be acquainted, and the process behind their moving single ‘Mary’s Lies‘.

‘Eylia was the first person I ever implied in my process of doing music. We’re friends since then. She had a listen to the instrumental of the song that I’ve made a few days before. She came up with the choir melody, we wrote lyrics about love and dependency, recorded them, re-worked a bit on the track and it was done!‘

Following national lockdowns around the world, the creative industry has taken a serious hit. It has left artists, musicians and creatives alike in very precarious positions. It has also meant that musicians have had to turn to social media in order to keep a steady flow of content out there in order to engage with their fans. Lou explained to us that he has also been feeling these pressures to keep up a certain level of productivity, but in a situation where the majority of the world is not allowed to intermingle, finding inspiration to create can be hard, or sometimes even non-existent.

‘Yes I think pressure is the right term, coming both from people around me and from myself. I think it’s kind of sad we got to a point where we feel the urge to produce content as machines in order to please algorithms… I don’t want to force myself into creating uninspired work, I just accepted the fact that I’d have to nod nicely to people giving advices from time to time.’

With live gigs and festivals at a stand still for the foreseeable future, it is difficult for creatives in any field to plan ahead for the next year. However Lou Berry has given us a little insight into what he’s hoping to achieve over the next 12 months.

‘Now that my first album is released I would like to focus more about composing and producing music for other artists. I also hope to compose my first score this year.‘

Head over to Lou Berry’s Spotify page to hear more of his touching music, including his debut self-released album ‘Inner World‘!