Responsible for a large majority of our summer soundtracks, flourishing duo NEIL FRANCES are back with another project. Jordan Feller and Marc Gilfry first met in 2012, and since then have released a number of singles, EP’s and larger projects, as well as acquiring a substantial fan base around the world. Their sound is instantly recognisable, even with covers of classics like ‘Teardrops‘ and ‘Music Sounds Better with You‘, their twists both musically and lyrically merge the tracks into a version of their own. We caught up with the pair to discuss their journey in the music world and how NEIL FRANCES came to be. 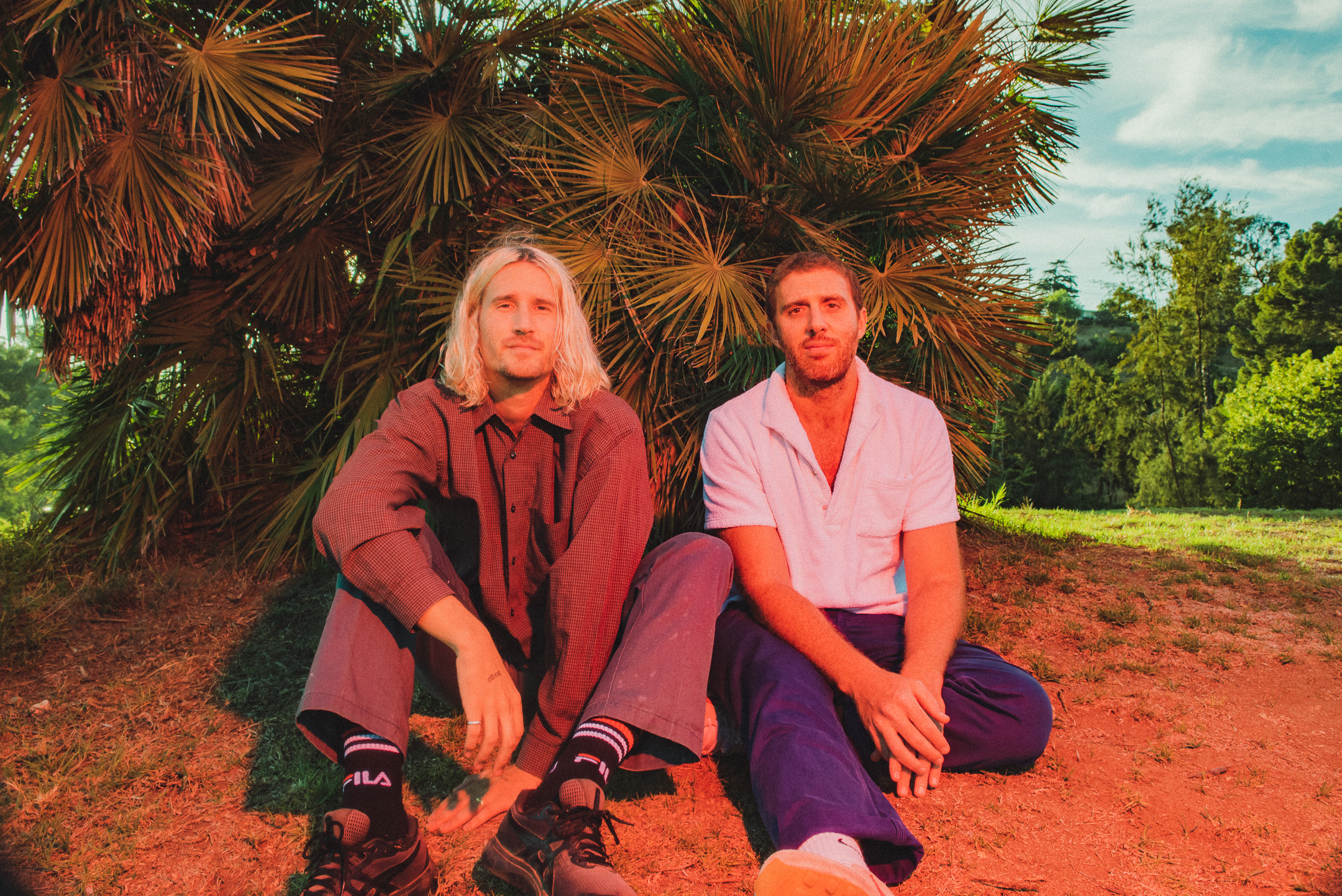 Of course, we had to start at the beginning. For the best part of the last ten years, NEIL FRANCES has been producing music that has made us want to transport back to summer and soak in some sunshine on a beach somewhere. And in fact it was on the beaches of Los Angeles (more of less) that the pair met and began their musical love story. LA native Marc and Aussie Jordan explained a bit more about how they started creating music together.

Marc: ‘Jordan was kind of coming off the tail end of a project he’d been working on… I don’t know why I’m speaking for you’, he laughed. ‘It’s all about Jordan’s story really. We had both met before through previous projects and had worked in a studio session together and both liked each others vibe and taste in music. I was living in New York at the time that Jordan hit me up. We both happened to be moving to LA at the same time so we connected and started collaborating. The whole idea was that we were just writing some pop songs, not necessarily for us to put out. It was just a very free form, malleable project at the beginning. What we kept telling ourselves was that we were writing songs for someone else to sing.’

Jordan: ‘We came from very different musical spaces. He was more into rock and I was into DJing and electronic music. We came together and wrote the initial batch of songs like ‘Dumb Love‘, the ‘Teardrops‘ cover. Our agent actually ended up giving one of our songs to a DJ at a radio station called KCOW. The thing about this project is that we’ve always had these incremental moments of organic pushes from behind, and it’s fallen along to where it is now.’

To confine NEIL FRANCES’ music to just one genre would do it a disservice. While it may be broadly seen as pop music, the pairs music incorporates a number of different sounds and styles to make it so instantly recognisable. We asked them how they would sum up their music outside the constraints of ‘genre’.

Marc: ‘I would say that, in general the only kind of principles that we guide ourselves by is that we want our songs to have meaning. And that’s basically it, is there anything else you would say?’

Jordan: ‘Yeah we both read a book by Nile Rogers and he had this cool thing about deep hidden meaning, so even though some of his songs may seem shallow there is always some kind of meaning there and I think we both took a guide from that. We want our music to be the soundtrack to your weekend.’

Marc: ‘Early on we realised we wanted to write a song that gets played at every wedding, you know? So we’ve always been focused on writing music that brings people together. Creating an atmosphere of togetherness‘

We then started to discuss the process behind the guys’ tracks. While each tune is recognisable as NEIL FRANCES’, there is a lengthy process that goes into creating each song, let alone an album. So we wanted to know how these two artists from different musical backgrounds go about starting to create a track.

Marc: ‘On the upcoming album, a lot of those songs came from a pretty fleshed out idea that Jordan had written on his own and I came and sang over the top. Then there are a couple of tracks that more began with me and we polished together.‘

Jordan: ‘On the beat side of things, that’s something I have to do for my own sense of happiness. It gets me so excited. I wouldn’t call myself a musician, but I could sit in a room on my own for hours trying to find four chords that work together but are tough. I get a real kick out of doing that for myself.’

Marc: ‘We have two different musical minds in the sense that I usually start with a melody, but Jordan maybe starts more with a vibe or sonic inspiration. So the way we go about beginning to write is quite different.‘

As we look towards the future, we look towards new music. Marc explained to us that they have been working on a new album which will be released January 28th. While we wait for that we are able to listen to a plethora of NEIL FRANCES’ music including their latest release featuring fellow artist Benny Sings.

Marc: ‘We’re going on tour to support the album around the US and Canada in late January and early February. We’ve just collaborated/co-wrote this song with Benny Sings which is out now, it’s a really fun, cool song. I’m also in the process of trying to get a Mexican rug made of our album cover. I have friends down there who know this amazing rug maker, all his work is really detailed and cool. So that’s exciting.‘

Head over to NEIL FRANCES Spotify page to listen to more of their summery tunes while we wait with baited breathe for their upcoming album.