Combining hip-hop, R&B and jazz, London-based artist Ed Black (aka edbl) is taking the music world by storm. The multi-instrumentalist has been developing his sound over the past few years to deliver his unique, and instantly recognisable tunes. We got the chance to speak to the budding artist about his brand new mixtape, collaborating with a long list of growing artists and the future of his genre-blending tunes. 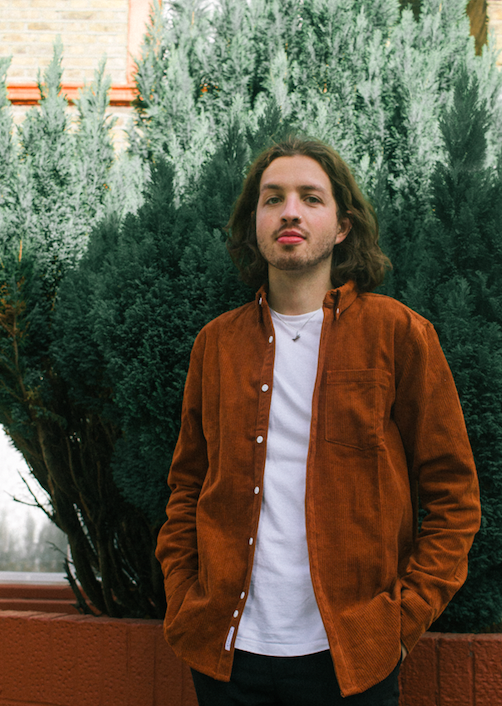 Having such a unique and developed sound, we instantly guessed that music has been a big part of Ed’s life for a long time. So we started off our conversation with a delve into Ed’s musical past, and his first prominent memories of music. That also lead on to the defining moment, or rather gradual process that led Ed to creating music.

‘I have 3 older sisters and growing up they all played instruments which made me want to learn too. I chose guitar because I thought it was cool (and because one of my sisters and my mum played a bit) and I vividly remember being handed an acoustic guitar for the first time and just strumming the open strings feeling like I was a rock god.

There wasn’t really one defining moment that made me want to do music, it started with guitar which quickly became quite a big part of my life from the age of 7 up. Then when I got a bit older and started writing songs and performing live with some friends I think it really clicked for me. From my first school hall concert in 2006 I’ve loved being on stage and bringing others joy through music, so from there it was just a natural progression to then study Music at sixth form then university.’

In a world of sound blending music, genre as once knew it is becoming somewhat obsolete. In the case of Ed’s tunes, his genre-blending is what defines his sound. So instead of attempting to pinpoint his sound to a singular genre, we asked Ed to explain his music in a sentence.

‘Feel-good Soul/R&B-inspired music with some jazz and funk sprinkles on a bed of hip hop drums, topped off with some incredible featured vocalists.’

What do we miss? LIVE GIGS! When do we want them back? God, as soon as possible please. The past year has held more that it’s fair amount of struggles for everyone. For the creative industry, it has been the loss of live events. We asked Ed how he has dealt with being an artist over 2020/21.

‘I always feel strange saying this but I actually had a really good 2020 – lockdown forced me to work solely on my own craft for weeks on end – it’s the first time I’ve been granted that and though it scared me a little at first I loved it, and it gave me the opportunity to focus on putting together the ‘Boys & Girls’ Mixtape which I’m super proud of.

The last year has taught me that it’s good to spend some time on yourself (be it working on your own craft or self-care) and that although lists, deadlines are schedules are all really important and helpful, they aren’t the be all and end all and sometimes it okay to say ‘I didn’t do that today / I could have had a more productive day today, but I didn’t and that’s okay’.’ 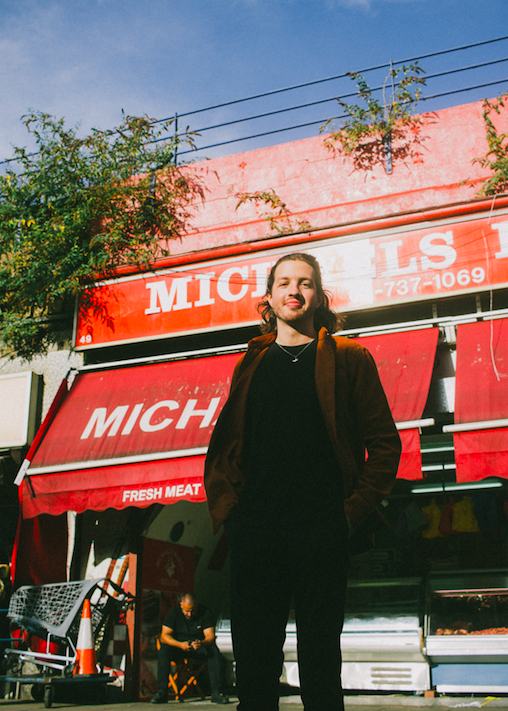 Since he started to produce his music back in 2019, Ed has worked with a lengthy list of fellow budding artist. From past Haste interviewee and flourishing artist Mom Tudie, to disco-jazz artist Alfie Neale, Ed has collaborated with an eclectic list of differing artists. Picking a favourite song of Ed’s is near enough impossible for us, let alone asking him to. However, we did want to know if there were any collabs that particularly stood out to him.

‘The first track that springs to mind is my most popular track ‘The Way Things Were’. The beat originally had a different vocalist on it with a totally different flow, I asked Isaac Waddington – whom I met whilst on tour with Ady Suleiman (he was playing keys for support act Mathilda Homer) – if he would be up for writing to it and he was keen. I still remember hearing what he’d come up with for the first time sat in my flat and it blew my mind straight away!

‘Nostalgia’ is also one of my favourite tracks because I feel like it’s a really nice blend of my usual style mixed with more R&B/Pop sensibilities.’

Leading on from that, we wanted to know if there were any artists that he would want to go on to collab with in the future.

Friday 2nd April this year saw Ed release his latest collection of tracks in ‘edbl beats, vol.2‘. With added collaborations and tunes ready to carry you through to the ever-approaching summer, this really is one of the most exciting beat tapes we have heard so far in 2021. Ed went into a bit more detail of the inspiration behind the collection of tracks, and some the tracks he enjoyed creating the most.

‘It stems from the ‘edbl beats vol.1‘ which was a collection of old beats and loops that I’d had in random folders for a few years. I decided I wanted to do another instrumental release but this time around it was totally different as I had to start from scratch, but that also gave me the opportunity to work with some amazing artists. Collaboration is my favourite aspect of music so to be able to do it on this instrumental tape too was a real pleasure.

It’s hard to pick out a favourite, I really like the overall feel and groove of ‘poker thursdays’, the drop in ‘nightfall’ and the vocal production on ‘inside’. When I first put the beat together for ‘riff box park croydon’ and mixed in the trumpets I was bouncing around the home studio with joy haha. I would urge any listeners to check out the feature tracks and if they like what they hear to check out the featured artists’ respective projects – they’re all sick!‘

While we wait patiently for a time when we can watch Ed play live, we look forward to new releases and funky tunes. So, finally we asked Ed what the future holds for his groovy tracks.

‘I’m currently working on a few exciting physical release plans for ‘edbl beats vol.2’, as well as working with some really exciting artists on the next feature release, which I plan to put out later this year. When it’s possible to do so I am also going to a live show which I can not WAIT for!!!‘

Head over to edbl’s Spotify page to hear more of his genre-blending collaborations, including his newest collection of tracks ‘edbl beats, vol.2)!