Keep on dancing til the dancing’s done: a review of Olivia Deans latest show 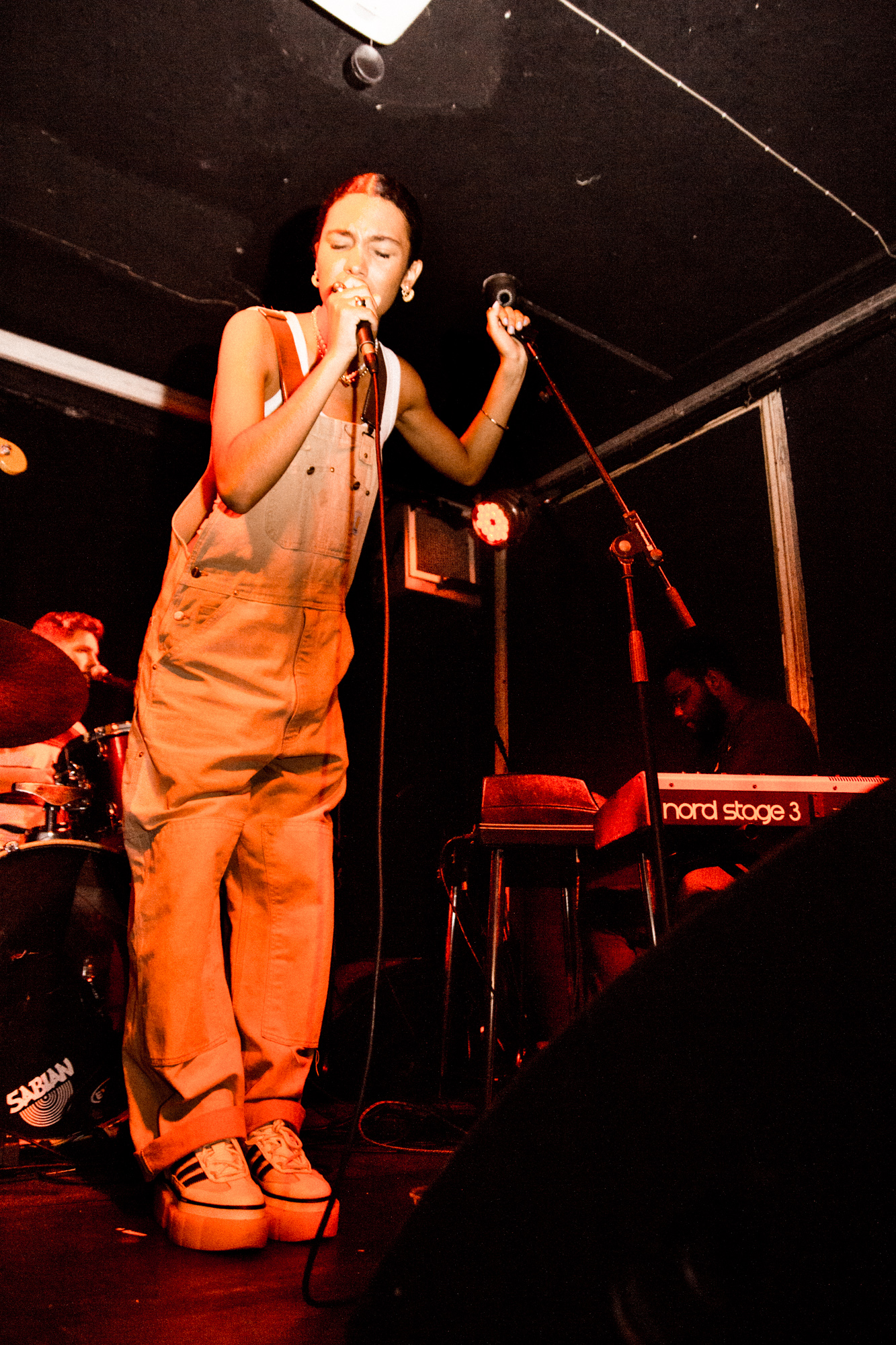 Olivia Dean is always pushing the boundaries of her musical ability and that of her listeners. Since exploding into the music scene back, the young musician has released a number of singles and EP’s that have only further solidified her spot in the ever-developing UK music scene. And now that the stages are opened, Olivia is back and better than ever. Haste was lucky enough to attend her last minute show at The Old Blue Last in Shoreditch last Thursday, and the intimate venue was ideal for such a personal show.

Stepping up on to the stage after watching the support acts in the crowd, it was clear that Olivia’s time away from live music has not impacted her clear stage presence. A bright smile, rhythmic moves and soothing serenades only further added to Olivia’s entire air of coolness. She kicked off with upbeat track ‘Echo‘ which got the crowd dancing and shouting lyrics at the tops of their lungs. While there were some sound problems (meaning Olivia couldn’t hear herself) this by no means inhibited her sound to the audience.

Following that, Olivia gave us a couple more of her most loved tracks including ‘Ok Love You Bye‘, and ‘Be My Own Boyfriend‘, before moving on to some of her slower tracks. The singer took a seat at the keys for her next song, ‘Slowly‘. This track stopped the audience in its tracks. The singing along quietened and a slow sway formed as Olivia’s lyrics completely entranced the room. As the evening went on Olivia gifted us with a mix of her older and newer tracks, from ‘The Hardest Part‘, to ‘Float‘.

Not only can Olivia create her own unique tunes, filled with a level of vulnerability mixed with upbeat tracks, she can also put her own twist on much love classics. A highlight of the evening was a cover of Ms. Dynamite’s 2002 track ‘Dy-Na-Mi-Tee‘. As the band got ready to start playing the exciting cover, Olivia invited everyone who hasn’t danced yet to start moving and grooving. As the track came to its natural progression, the beat began to build again and we were met with a cover of the one and only Justin Timberlake’s ‘Señorita’. The song was met with arms flung into the air and hips swirling in circles.

And to finish off the night she introduced her debut song ‘Reason to Stay‘. This track is not only iconic in sound and meaning, it is also the song that got Olivia’s music career off the ground. As the tracks became progressively upbeat following the slower song break, the crowd was ready and waiting for this nostalgic summer tune. As the lyrics ended and the band played out, Olivia dived back into the front of the crowd to carry on ‘dancing til the dancing’s done’.

Head over to our previous interview with Olivia Dean to read more about her journey in music. Also check out her Spotify page to hear more of her amazing tunes including her latest project ‘Growth‘.