While the film industry is developing, there is still a growing need for platforms for underrepresented creatives. The film world is very much still a white-male dominated industry, and can be intimidating for underrepresented BAME and female producers, directors and actresses. However, production companies like female-led Candid Broads are paving the way for a more diverse and inclusive community. We got the chance to speak with Candid Broads Production founder Oriane Pick and Assistant Producer Anais Ferrato about how the production company came to be and how they are fighting to even out the gender imbalance in film.

We kicked off the interview with the much needed question; where did it all begin? And what was the inspiration behind creating such a unique and inspiring production company. Having just reached their first year in the industry, Candid Broads Productions has expanded exponentially, and is continuing to inspire women and underrepresented creatives around the world.

Oriane: ‘The company was created back in March 2020, so we just celebrated our first year anniversary, and we cannot wait for the world to go back to normal to celebrate properly! I’m originally an actor and didn’t feel like I was getting excited enough by the roles offered to me so I started producing a few years ago films that I would star in and ended loving the process. Once ‘Call It a Day’, a webseries I co-created and co-produced was released, I knew I wanted to tell more stories whilst not necessarily acting in them anymore. Having them under one umbrella created something really special and I couldn’t be prouder of the work we’ve achieved over the past year, especially considering this all happened during a worldwide pandemic!‘ 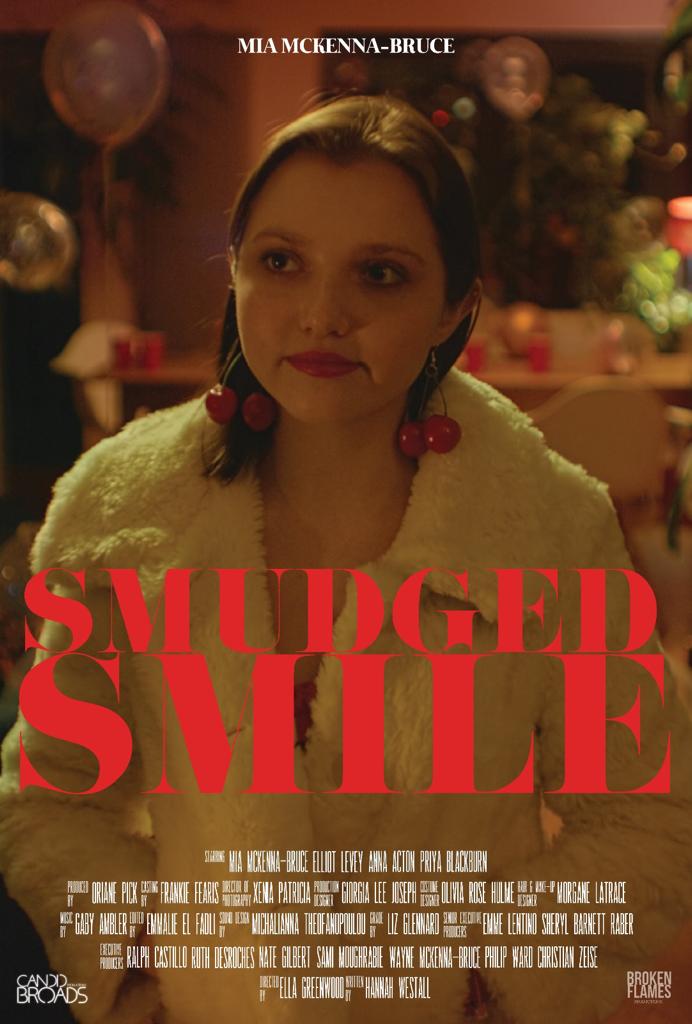 Anais: ‘I always had a passion for cinema but where I am from, it’s seen more as a hobby than a job and I was encouraged to choose a more traditional career path but when I met Oriane at an acting class 3 years ago she gave me the confidence to follow what I really wanted to do. She told me how frustrated she was with the typical stereotypical roles women were getting in films and how she wanted to change this which I admired. She created Candid Broads and she gave me the opportunity to share this journey with her and since then she has been an incredible mentor.’

Earlier in the year, Haste was lucky enough to speak with producer, director and actress Ella Greenwood on championing mental health within her films. Much like Ella, Candid Broads Productions is focused on making a safe space for people with mental health in the creative industry. Anais explained to us why this is such an important topic for the production company.

Anais: ‘We want to spark conversation and filmmaking is the best medium to do so. We want to highlight issues that are still untold by the industry whether it is related to mental health or other societal topics like KOTTI (directed by Fabia Martin).

Mental health has too often been stigmatised and one of the reasons it has, is because of the media. We have seen too many films and series which dramatise or romanticise mental illnesses to heighten the plot which then shape the experience of viewers and create prejudices. This can drive people with mental illness to repress what they are feeling or think something is wrong with them, which should not be the case. With our short films ‘I AM’ (which addresses schizophrenia, directed by Ludovica Musumeci), ‘Smudged Smile’ (addresses depression in teens, directed by Ella Greenwood) and ‘POLES’ (addresses depression and suicidal thoughts, written and directed by Kieran Bourne) we want to promote a more realistic portrayal of mental health, hopefully have people relate to our characters and most importantly show a beautiful human side to it.’

Next we asked how Candid Broad Productions has been received. As the world moves towards an inclusive future, it is vital that inclusivity is found in every aspect of life. Aside from the obvious positives Candid Broads are bringing to the underrepresented film making community, they are working with some incredibly talented and exciting creators.

Oriane: ‘We were so pleased with how the company grew over the past few months! We’re receiving scripts and pitches every single week, actors reaching out to us and saying they love what we’re doing and crew members such as female DOPs, gaffers etc that would like to collaborate on future projects. It’s so exciting and it’s weird to think that over a year ago, this was just an idea in our head. Now we have a very busy slate with exciting talents and stories to bring to life in 2021 and 2022 already! The dream, literally.

We have received a lot more scripts and pitches from female filmmakers than we ever could have imagined. So that’s definitely saying something! And I think it will keep on growing which is amazing. We are also partnering with exciting female-led companies at the moment and it’s just incredible to see those collaborations come to life and have so many female creatives talking about their next projects together!‘

Anais: ‘As Oriane said we have had so many positive responses whether from talents in the industry or from investors. A lot of them have said they resonate with the company and love what we stand for and hope to collaborate with us which is really heart-warming. We can’t wait to show everyone what we have in store for 2021 and 2022!‘

Finally we asked the pair what it is they think the creative industry needs to do to become more inclusive for everyone. While the industry is certainly developing, there is still huge space for improvement for underrepresented film creators. Anais gave us an idea of some of the structures she believes should be implemented to further push diversity within film.

Anais: ‘As you know, filmmaking is still a heavy male-dominated industry. There is an awareness about the lack of inclusivity that is currently happening but it’s up to everyone to change the way the industry is currently working.

One thing we realised is the discrepancy between how women and men are treated. Women are judged based on their previous experience whilst men are judged based on their potential, which is so unfair especially for young women who have just started out. They need to work extra hard and with Candid Broads we hope to give them a chance, that’s why we want to work with young talents.

There is also a lack of film representative of other communities. Although it is starting, it needs to happen more. To change that, we need to create opportunities which are open to everyone, especially to those from underrepresented backgrounds. Their stories are as important, and we hope more opportunities will arise.’

Head over to Candid Broads Production’s website to check out more of their work, films and showreels.