Ella Greenwood on using her filmmaking to champion mental health 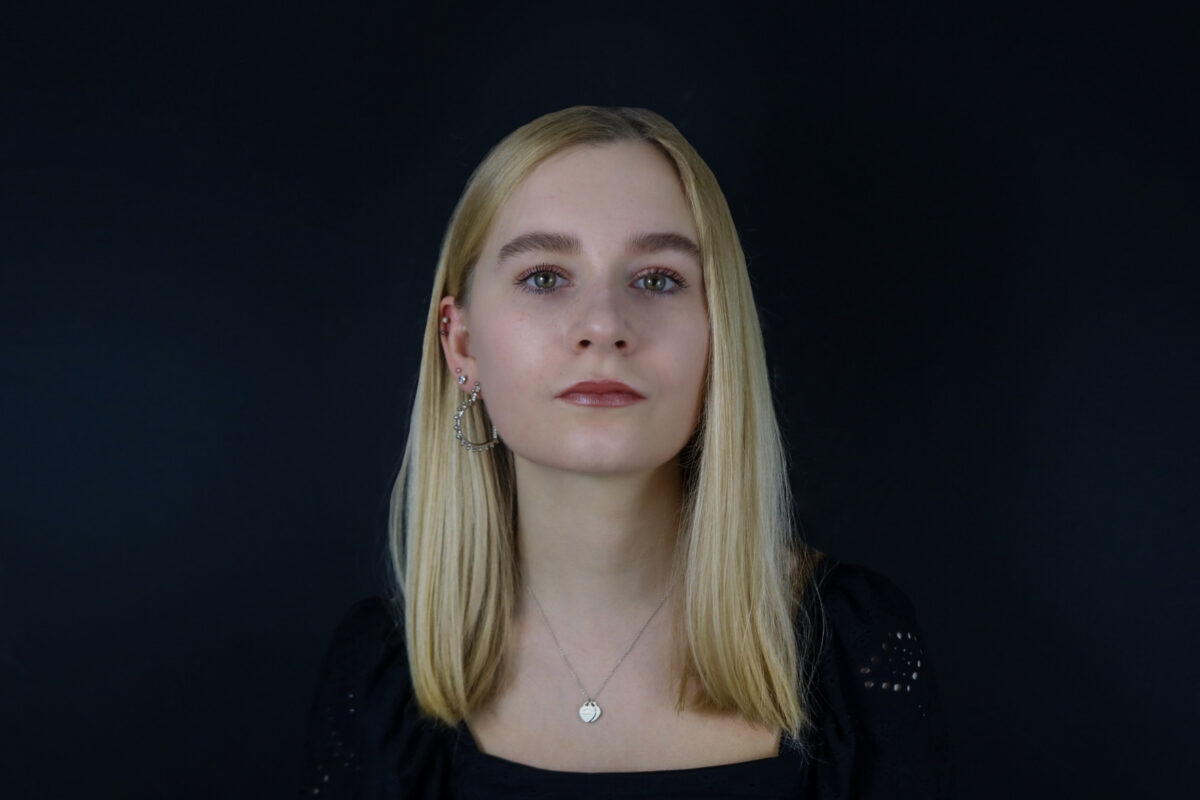 Since making her first short film at eighteen, Ella Greenwood’s love for filmmaking and unique inspiration has seen her continue with her passion. Taking the world if film by storm through not just directing, but also acting, she is certainly one to watch. Since releasing her directional debut last year, Ella has been working on a number of projects that focus on mental health and relieve it from stigmas. We got to speak to the decisive young film maker, to understand why portraying mental health in her work was so important to her, how she has dealt with working throughout lockdowns, and the future of her uniquely created films.

With such a deeply rooted love for film, we wanted to know where Ella’s love for cinema came from. Although she has only been making her own productions for a year or so, Ella’s eclectic knowledge of movies dates much further back than that.

‘I’ve always loved anything to do with film, just going to the cinema or watching films on repeat. So I always knew that I wanted to work in that industry, but I just thought as an actor to begin with. And then I fell in love with seeing all the behind the scene and understanding how films are made. Then I decided that I wanted to give it a go and make my own film.‘

Suffering and dealing with mental health issues herself, was just one of the reasons behind Ella wanting to give a voice to victims of mental health through her work. We asked her if she had felt heard or represented by media growing up, to which she responded; ‘Absolutely not. Like I literally cannot name one thing. Even now, I mean there are shows that would touch on it in an episode and that was sort of it. But nothing really, no.‘ So we went on to ask her at what point she realised that she wanted to focus her work around mental health.

‘It was pretty much from the start. When I was working on my first short I didn’t think there would be anymore after that. So I wanted to do it on something that could be important to others, but also a story that I would be able to tell. Because I’ve had experience with mental health, I thought I want to include that.‘

With lockdown stretching ever further, sadly so do a number of pressures. With artists losing their live shows, gigs and premieres, fans and artists alike have become incredibly reliant on social media to withstand an artistic connection. However, while this form of connection is better than no connection at all, it has encouraged a new level of work and pressure for some artists. We asked Ella if she has felt any toxic productivity at all over lockdowns, and how she dealt with it.

‘So I was homeschooled, and a lot of it was just me learning from text books and having to take that initiative. Like I’ve always liked to learn. And it is sort of the same with my work. I love what I do and I get so excited about new idea and projects, that so far it’s kept me going. I haven’t felt that pressure, just because it’s something that I want to do. But if suddenly there was a period where I was like ‘I just can’t, I need to take a break’, I would for sure feel the pressure. A lot of the time it’s hard, especially with social media, to escape it. But I think if it did become too much I just wouldn’t go on it.‘

Ella’s first directional production, ‘Faulty Roots‘ was released last year. Following the shorts success, it is being made into a feature length film. The short emphasises not only the importance of talking about mental health, but also having a stable and supportive group of friends and family around you. We asked Ella if she had ever seen herself creating a feature length film.

‘As I say, it literally wasn’t even my plan to do any films after. But then I loved the process so much, and I loved getting to share my experiences with mental health. Just writing about it and try to represent it in a better way. The opportunity to expand even more I absolutely loved, so it’s been amazing.‘

Filming her first short from the perspective of a teenage girl, Ella thought her audience had been chosen. Little did she know, her audience was incredibly diverse and inclusive. She explained to us a bit about the reaction to her first film.

‘I mean positive I think. To be honest, if someone has a negative reaction, which I hope no one has, they probably wouldn’t tell me’, she laughed. ‘I’ve only ever had really lovely responses to it. And from such a range of people, which is amazing. Because, I mean you can’t please everyone, but also you just wouldn’t really expect people that weren’t like the character to resonate with it. I mean it’s a teenage girl, so to get emails from one man from Texas who was 60 years old, saying he loved it and really related to it. Like that’s amazing.‘

Creating work that is so meaningful and representative of a community, means that Ella’s favourite film genre may be somewhat hard to pinpoint. So, we asked the young film maker what her go to genre was, and what type of genre she would feel excited to act on in the future.

‘I love all genres, like I literally love them all. I’m such a huge horror fan, because I just feel like I could put on any horror and enjoy it. Whereas with a drama for example, you have to be more specific. So any horror I would put it on and probably love it, and the same with animations. So they’re my favourite genres I guess. And I loved Disney growing up, Inside Out and Dumbo. The original one, I don’t like the new remake.

I would love to be a part of an animation. To get to see you as a little character, that would be absolutely amazing. But voice acting is a lot of work, and it’s not nice to listen to your own voice. But to see a little animated you, I think that would just be and amazing experience.‘

Finally, we wanted to know what Ella has up her sleeve for the future. While we wait for live events and cinema trips to reappear, we are eternally grateful for artists like Ella keeping us going with the promise of upcoming work.

‘So I haven’t properly announced it, but I’m working on my next project called ‘Why Wouldn’t I Be’, and we’re shooting that in April. It’s come about quite quickly actually. That will focus on male mental health, which is the first time that I’ll have a male lead. With 75% of suicides committed by males, I really want to focus on the reasons why it’s a lot harder for them to speak out. And then we just finished shooting ‘Smudged Smile’, so there’ll be more behind the scenes pictures and stuff to share soon.‘

Head over to Ella Greenwood’s Instagram page to see more behind the scenes pics and stay up to date with latest releases!