Blending a unique mix of jazz, blues and indie rock, Eleni Drake and her poignant lyrics are blossoming into the London music scene. After falling in love with music from a young age, Eleni went on to start writing poems which eventually turned into some of her earliest songs. Since starting to produce her own music she has released a number of singles as well as two EP’s, and has also featured on a song (‘Freeroam‘) with one of Haste’s past interviewee’s and flourishing musician and producer Mom Tudie. We got the chance to chat to the rising musician about where her love for music stemmed from, her recently released EP ‘Vanilla Sky‘ and how she’s gone about finding creative inspiration during lockdown.

With such an instantly recognisable sound that mixes a handful of different genres, it’s not surprising that Eleni has grown up being introduced to many classic artists. She explained to us that her love for music started when her grandad introduced her to guitar.

‘My Grandad kind of got me into music. He played guitar, he used to play classic and flamenco and I just wanted to do that same thing. He was like the only musical person in my family and I was just mesmerised by him. So he introduced me to a whole load of Jazz artists, and then when I was a bit older my dad showed me his vinyl collection which was like SuperTramp, The Beatles and all that kind of stuff. Then when I was around eight or nine my mum took me to HMV, back in the day’, she laughed. ‘So she was like buy two albums that’s all your allowed’, and I remember specifically looking for the Titanic soundtrack because it melted me. And then I found this other album that turned out to be ‘Nevermind’ by Nirvana. And it was fantastic, not for my mum bless her she was so ignorant in letting me choose what I wanted to listen to. And then around eighteen I fell back in love with Jazz again. So I started doing that kind of thing when I started up music two years ago, but then I realised I’m just not fucking cool enough for this shit, I’m just not’, she admitted. ‘People in that world are so edgy and cool and I’m not. So I was like fuck it, let’s just go back to the roots and do what I’m comfortable with, I feel like I belong in this world. And this next EP that I’m writing is far more embedded into that world.’

Eleni went on to delve further into her previous and current musical loves. With tones of jazz, blues and rock intertwining in her music, it was not a shock to hear a number of classic artists that inspired her throughout her growing up.

‘This is just the cliché, but Elvis Presley was everything. And Nina Simone, Ella Fitzgerald, Billie Holiday, I grew up obsessed with them. And in the world of more rock-y kind of music it was Nirvana, Foo Fighters, Blink-182 – good god I rinsed them, The Story So Far, Paramore. And then obviously the older I got it became less pop-punk and just more cool rock.’

After hearing the musicians that have influenced not only Eleni’s music, but her upbringing, it seemed almost ridiculous to ask her to try and narrow her music down to just one genre. Instead we asked the singer-songwriter to try and sum up her music in a sentence.

‘Oh god, probably ‘something that an indie-softboy would listen to’. I don’t know’, she laughed. ‘I recently read that it’s  Americana music. I only actually found out what Americana music was two weeks ago, and I think my music falls under that.’ 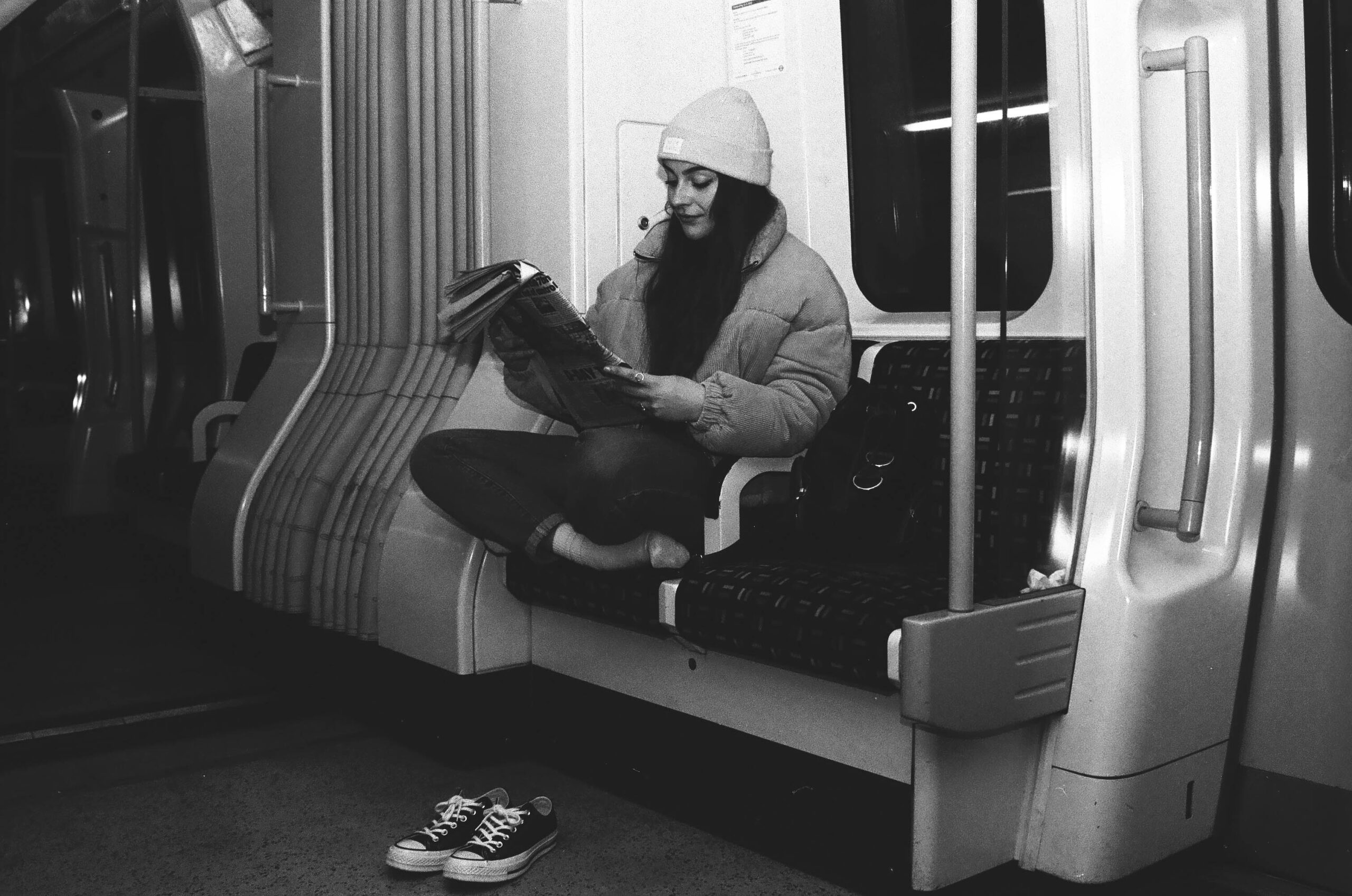 Eleni then went on to explain that while her songs can be relatable for a lot of her listeners, she tries to write all her lyrics from a very personal place. Writing from her inner-thoughts, she told us that rather than having a specific writing process, she prefers to jot down emotions and feelings that she experiences within her life.

‘I try and write about things that have happened to me and are very real. I mean ‘Vanilla Sky’ is just all about death, I know it’s been masked by some sweet little chords and stuff but it’s all about death. I don’t really have a process, when I feel something I just get on the guitar and sing some things. But yeah it comes from a very real place.’

One song from her recently released EP ‘Vanilla Sky‘ that has gained a lot of praise from her listeners is ‘Kinda Hopeless‘. Much like all of Eleni’s songs, this particular track has a special place in her heart, as it is attributed to her late grandad who introduced her to music. While all of Eleni’s music hold’s stories that are meaningful to her, she told us that much like this song, there are some that are more sentimental.

‘I can’t tell you how many times I’ve heard this EP, so much so that I hate it now. But I remember if I showed my friends the songs before they were out they’d be like ‘I think this is my favourite’, and I’d be like ‘Yeah I think that’s my favourite’, and then I’d be like ‘Oh no I think that’s my favourite’. Which I guess means I appreciated every song for what it was. I still actually don’t really know which one is my favourite, but there are some more heartfelt ones. For example, ‘Kilos‘ is about some fucking idiot, some fuck boy. But then there’s obviously something like ‘King’s Street‘ which was a bit more deep and hurt me more to write. And the actual song ‘Vanilla Sky’ I wrote when I was nineteen and I just never did anything with it, I just had a voice note of it on my phone. I played it once at a gig and my manager was like ‘What was that?’, and  I was like ‘Oh I know, I really struggled to sing that to be honest’, and he just said ‘We’re doing it, we’re recording it’. I would say that one has the most sentimental value to me, only because I struggled with that song for a very long time.’ 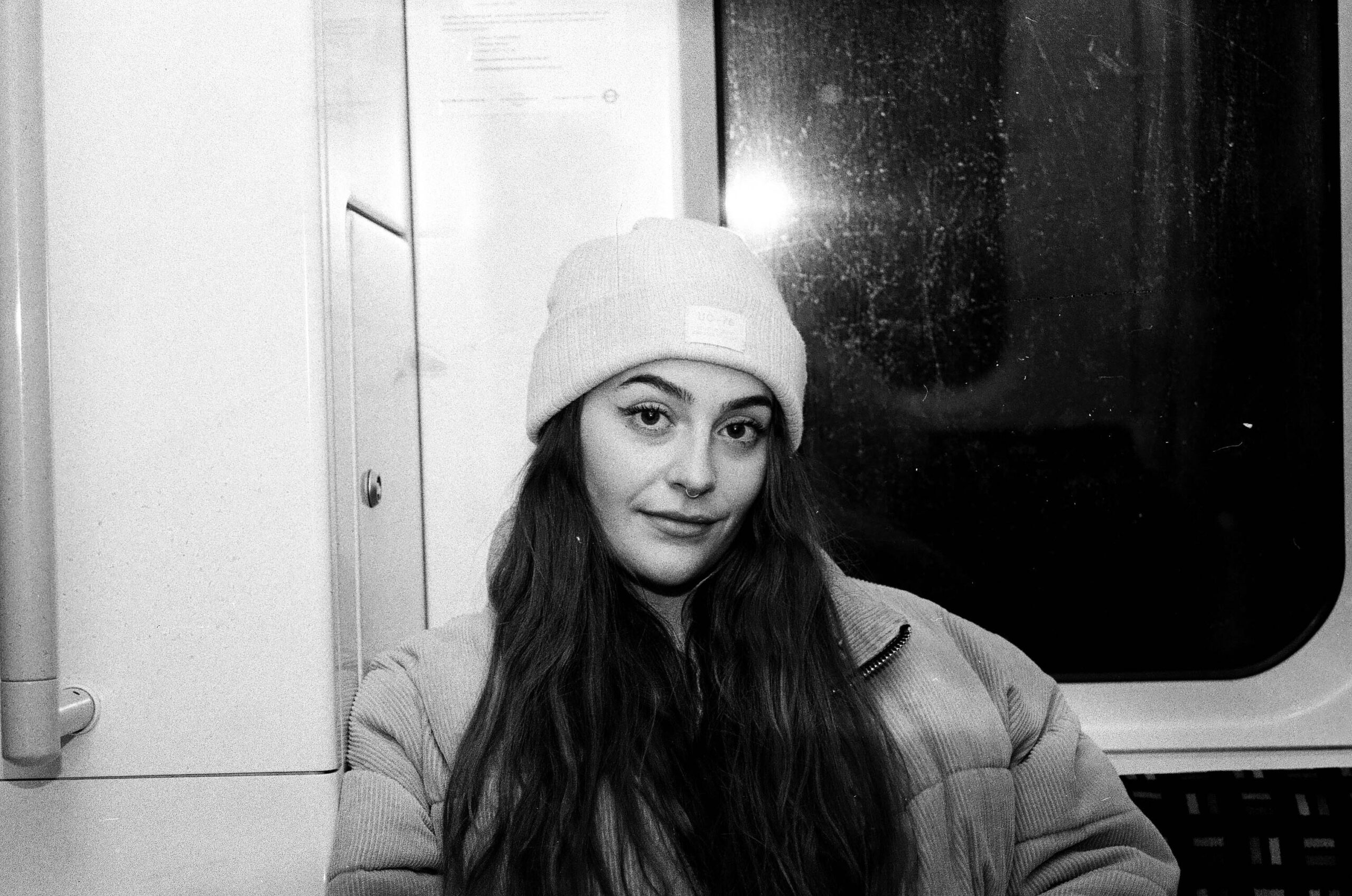 One aspect of lockdown that may have gone overlooked by some, is finding inspiration. While the usual daily aspects of life have been put on hold, creatives all over the world have been trying to find inspiration in the new normal we are beginning to live in. Eleni explained to us that she see’s writing her lyrics as a cathartic experience. Although she joked that inspiration has not come from anyone upsetting her over the past few months, she explained that there is still so much inspiration around her it may just be slightly harder to find.

‘I really want to be a diary person but I’m not, I just don’t have the capacity for it. I wish I could just open up a diary and write what I’m feeling and then close the book and move onto the next thing, but I just can’t do it. So I guess this is somewhat of my diary.  It is therapeutic, obviously in a pandemic when no one’s upset me, no one’s pissed me off, no one’s broken my heart I do think ‘Oh my god what have I got to write about’. But you always realise there are more things. There are financial problems, and you have your family to worry about which is what I’m currently writing about. It’s not about finances, god I’m not trying to get sponsored by a bank’, she laughed. ‘But there are always things to write about, there are still so many relevant things. It doesn’t always have to be a personal thing that’s happened to me, it’s also what I’m seeing around me which is what this next EP will be about. I don’t want to write about any Coronavirus-lockdown-bullshit.’

2020 has been a tough year for everyone, to say the least. The creative industry in particular has taken a crushing blow. With live music as we knew it being put on hold for the foreseeable future, artists and musicians have had to deal with the transition from live gigs to online shows. With not only pressure to create music, but now also content, some artists have been feeling stressed with the extra new and sometimes confusing work loads. Eleni gave us an insight into how she has been dealing with the need to create online content that is not necessarily new, but certainly more intense.

‘My manager is constantly telling me to post more shit. You’ve probably seen my Instagram, it’s so dry. I just hate social media with a burning passion, but in this day and age you absolutely need it and you need to build up this clout – god I hate that word. I produce everything myself and I do have things to post, but I do sometimes deem it unnecessary but I know I shouldn’t think like that. But yeah there is a certain pressure to be uploading. Sometimes I just kind of hope for the best when the music’s released, and I should do better I know. I’m sorry I’m not actually a cynical bitch, the world is great I just can’t be bothered with social media. Anyway, I digress.’

Finally we asked Eleni what the future holds for her and her music. Although the future is understandably still hard to predict right now, the promising musician told us about some upcoming projects that she knows are coming our way.

‘So I started writing it about a month ago. I’m going to get my friend whose a drummer on the tracks, but the rest (god be willing) I’ll do myself. I think we’re aiming to get the first single out in January, and then hopefully the EP will be out in March. I guess it is hard for an upcoming artist, because I suppose all these opportunities that should be coming your way aren’t really there. But I do find solace in the fact that we are all in the same boat, it’s not just me. But I guess this is a time where I probably need to pull up my socks and get on my social media. And hopefully some little opportunities will come my way.’

Keep an eye out for Eleni’s upcoming music, and in the mean time check out more of the songs on her latest EP below!