Sadly Monday saw the end of our bank holiday weekend. But rather than be sad that its over, we are over the moon that it happened. Live music is finally back, and Haste were lucky enough to see All Points East spectacular finale. While all the weekends headliners blew fans away (Jorja Smith, London Grammer, Bicep etc.) this day was set to be particularly nostalgic, with iconic British bands Foals and Bombay Bicycle club ending the evening. 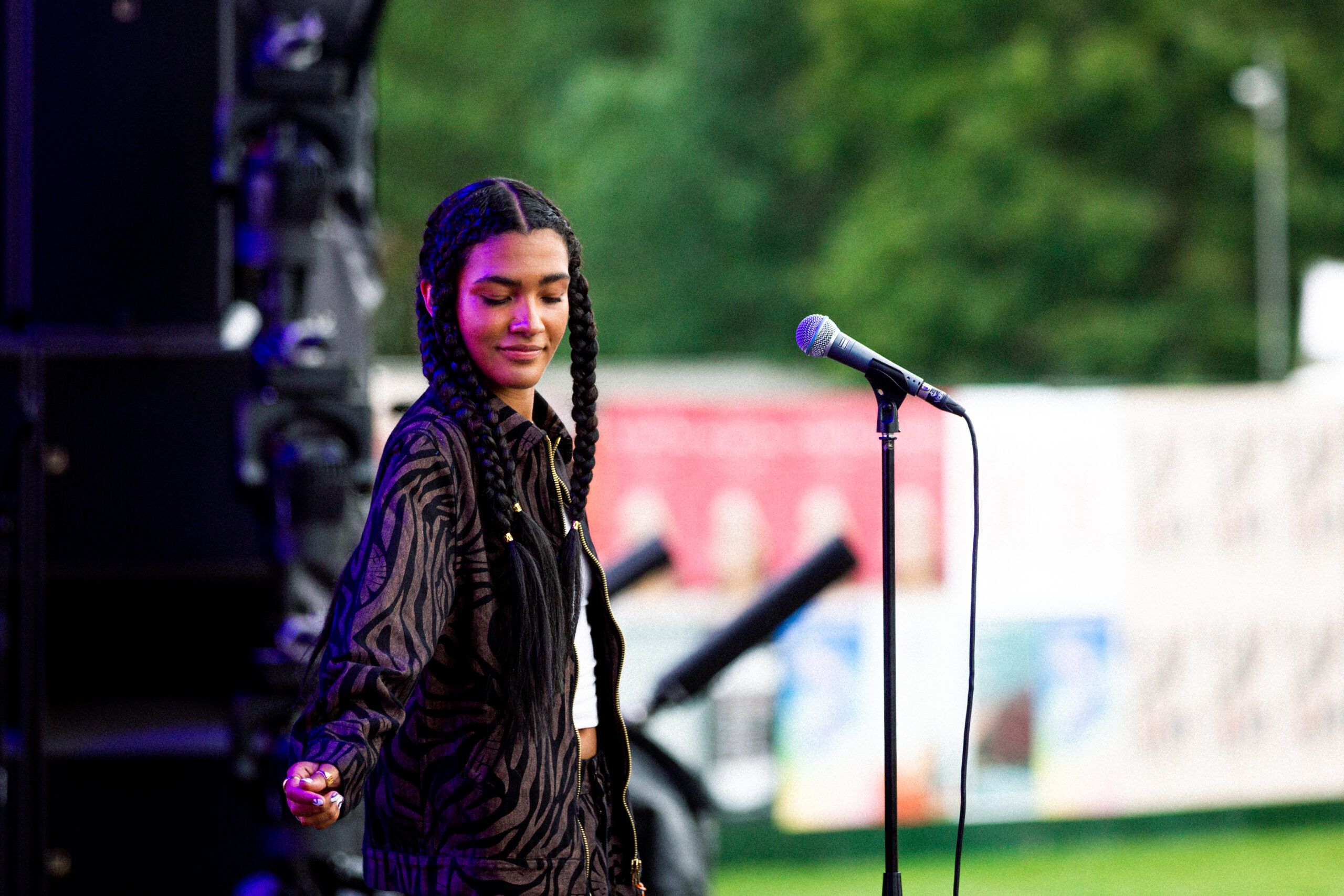 But we start at the beginning. While many people had attended some, if not all the other days of the festival, everyone arrive fresh faced and ready to see out the end to an amazing weekend. People were smiling, heads were slightly sore from Bicep the night before and drinks were starting to flow (maybe slight more than they should’ve been for some on a school night). But we digress. First up on West Stage was the rising star Holly Humberstone. Exuding way more energy than we would expect after coming from her weekend sets at Reading festival, Holly brought some calm and simultaneous excitement to the day.

Next up was the ONE, the ONLY Miss Olivia Dean. The Haste interviewee and constantly developing artist commanded the stage and gave us a mix of past and present projects. From her latest track ‘Be My Own Boyfriend’, to an absolute classic ‘Reason To Stay’. It’s safe to say we were blown away. Arlo Parks went on to further stun crowds, many of whom were hearing tracks like ‘Eugene’ and ‘Black Dog’ live for the first time. It’s a strange sensation hearing a live set of songs you’ve had on repeat in your bedroom for the past year and a half. It was a further reminder that life is getting there, slowly but surely.

And then the nostalgia began. North London’s Bombay Bicycle Club took to the stage. For many of us, this instantly took us back to our 14/15 year old selves. Tracks such as ‘Carry Me’ and ‘Eat, Sleep, Wake (Nothing But You)’ got the crowd dancing possibly the most enthusiastically we saw all weekend. For some more of their modern music they invited Rae Morris on stage. These tracks included ‘Luna’ and the bands cover of ‘Lose You To Love Me’.

Finally the entire festival descended on the main stage, where Foals would soon appear. Lets get the cons out of the way first. The set was much quieter than anyone would have liked for the weekends finale, and such an incredible band that is usually listened to on full volume. But we can only put this down to residential volume timings. Either way, we were buzzing. The band took to the stage and people lost their minds. Tracks like ‘My Number’ and ‘Mountain at My Gates’ were particular crowd favourites. Seeing such a prominent band take the stage for the final night of the festival was yet another reminder of how big All Points East has become. We will be seeing you again next summer.