Zola Courtney is back with her latest EP ‘All at Once’

Zola Courtney is back and better than ever. Originally from Cornwall, the flourishing singer-songwriter has been taking listeners by storm for the past three years. And may it carry on! Her soulful vocals and enticing lyrics are what have gripped so many listeners around the world. And we were lucky enough to catch up with her following the release of her latest project ‘All at Once‘. 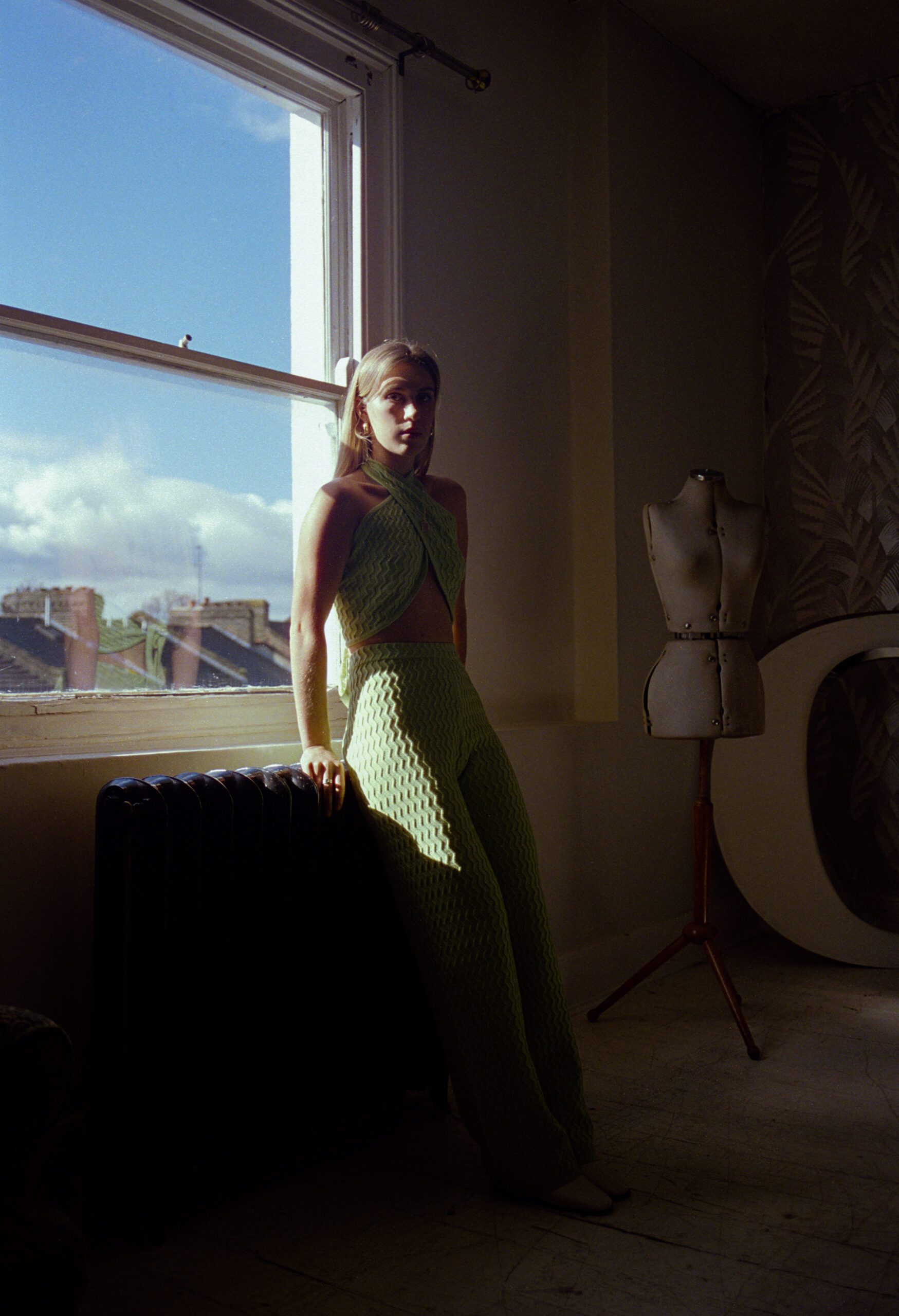 While she hasn’t been in the music industry for a long time necessarily, Zola has certainly made her mark. So we wanted to know where it all started. We asked her to describe her first prominent memories of music from growing up, and the progression that has taken her from those first moments to now.

‘I was always surrounded by music growing up. My dad is a massive music lover so from a really early age I remember Stevie Wonder, Aretha Franklin and The Beatles being played around the house. My Aunty is a piano teacher and every time she came to visit we’d sit and sing at the piano. She encouraged me to play and sing. I was very lucky to grow up in a house that really loved and appreciated music. It definitely started my passion for music.

To be honest, I fell into music quite unexpectedly. I studied music at college and was planning on doing a degree in Music Management as I didn’t ever really consider myself an artist. I had written and recorded two songs and uploaded them to Soundcloud. After leaving college, those two songs started getting a bit of interest which then led me to Tap, who started managing me. It definitely wasn’t planned but I’m so grateful it happened the way it did. I’m too unorganised to be a manager anyway!‘

Genre as a concept is entirely outdated. You just need to listen to artists like Zola for a few seconds to realise that. Artists around the world are embracing a culture of combined sounds and sub-genres as they create their defining tunes. We asked Zola to sum up her music outside the constraints of just ‘genre’.

‘I’d describe my music as personal, organic, and soulful. I’m so proud of my music and the songs I’ve released because each one of them was written about something honest and relevant to me during that time. I think the best music comes from authentic songwriting and I try and strive for that with every song I write. It’s also such a cathartic process being able to put how I’m feeling into a song. It helps me process it and actually move on from negative feelings a lot of the time.’

‘Hard Not To Love You‘ is the leading song of Zola’s latest EP ‘All at Once‘. The song breaks into Zola’s ethereal vocals instantly, and that’s it, you’re gripped. The lyrics follow a story line of confliction of emotions and thoughts and work against a somewhat stripped down track. Zola explained to us the process that went into creating the track, and how she found creating the accompanying video.

‘‘Hard Not To Love‘ was one of those songs that firstly; when I wrote it i didn’t realise how actuate the lyrics were in reflection of how I was feeling at that time and secondly; I didn’t like the song that much. However, after editing some of the lyrics and making some production changes, I really started to love it. It felt like too much of pop ballad for my liking so I added in lots of gospel sounding BV’s and a bit more of a churchy piano at the end of make it feel more soulful.

The music video was really fun to make. I wanted the video to reflect what everyone had been through with the lockdown and how important it to is have love in your life. Whoever that’s from. We decided to go and film people standing on their doorsteps with people they loved, whether that be family, best friends, partners etc. It was my first time directing a music video!‘

And of course, we had to ask about the EP as a whole. The three tracks on Zola’s latest project ‘All at Once‘, explore several different emotions and thought processes. While the lyrics take you on a journey of reflection and vulnerability, the music itself  gets stuck in your head and have you swaying all day. Zola went on to explain a bit more about the tracks and the process behind them.

‘I’ll be honest, it was a bit of a tricky one. I had written ‘Before We Were Us’ the year before in LA and I knew I wanted the EP to follow the theme of that song. It’s about family and difficult relationships with loved ones. Complicated was a later addition recorded by myself that fit nicely with the theme. I initially intended for it to hit a bit differently as the songs are a lot more melancholy. I think it’s important to showcase a variety of my songwriting abilities. I can write happy and sad songs!

The leading song from the EP wasn’t actually going to be ‘Hard Not To Love You’, it was another one. Unfortunately we weren’t able to use that song so we went with ‘Hard Not To Love You’ instead. I think when you have a set body of work in your mind, it’s sometimes hard to be accepting of changes (songs being swapped) however, I am really proud of the EP.’

And Zola’s hard work does not stop at this EP. She explained to us that this is merely the start. 2022 will be full of more music and live events from the rising star.

‘I’m planning on releasing another EP next year (it’s a lot more upbeat) and will hopefully be doing a lot more shows! I’d love to do a small South-West tour in the summer with my band, basically more music and more gigs!‘

Head over to Zola Courtney’s Spotify page to hear more of her tracks including her latest project ‘All at Once‘.