Landing in the music industry with a whirlwind of synth-pop and dreamy melodies, singer-songwriter Wyldest has been taking the scene by storm ever since. With powerful and political undertones mixed with these ethereal sounds, Wyldest’s music is something that we have never heard before, and we are here for it. We got the chance to catch up with the flourishing artist in the run up to her second album ‘Monthly Friend‘, to discuss her journey through music and her latest single ‘Beggar‘.

With such a breathtaking and unique sound, we had to kick off the interview by starting at the beginning. Where did this sound originate from? And what were Wydlest’s first prominent memories of music?

‘I remember Pink Floyd Darker side of the moon. My dad had it in his record player as a constant, he never actually played vinyl – but whenever the record player was turned on it would play by default. When I was really young the sound design on ‘Time’ (the first track) actually scared me a little.  All the clocks/ticking noises kinda haunted my childhood, but it’s also one of the main reasons I started to think about sound design from a young age.’

After discovering a love for creating sound at such a young age, it’s no surprise that music has continued to play a huge part in Wyldest’s life. So we went on to ask her if there was a pinnacle moment that she realised she wanted to turn her passion into a career.

‘I don’t think there ever was a pinnacle moment as such. It’s something I’ve wanted to do since I was a kid. I guess working on the checkouts at Asda when I was 16 reinforced the fact that everything I did was for music. I’d hide behind a pillar when I was working on the checkouts to avoid customers, so I could write out a bunch of lyrics on the till roll. Whilst all my friends were enjoying themselves, I was working there so I could buy music equipment and save up for a sound engineering course – I realised round this time that I had to do it and make my own opportunities no matter what.
Ever since then, I’ve worked jobs to fund my music, I’ve quit jobs to play shows, everything has always been for the music…I doubt it will ever change.’
Following national lockdowns, artists around the world have turned their hands to bed room producing and live streams. While this time has been scary and confusing for many, it has also given so many more time to focus on projects and things that they would otherwise not have the time to complete. Wyldest gave us an insight into how she has been dealing with her time in lockdown.
‘It’s allowed me the headspace to really learn about tech stuff. I’ve learnt how to mix properly, which is something I’ve always wanted to do. I also took the opportunity to just focus on creating. Touring is amazing, but it really takes up so much energy, so without it I’ve experienced a great sense of clarity during the pandemic. Running out of steam now though – just desperate to play live again!‘ 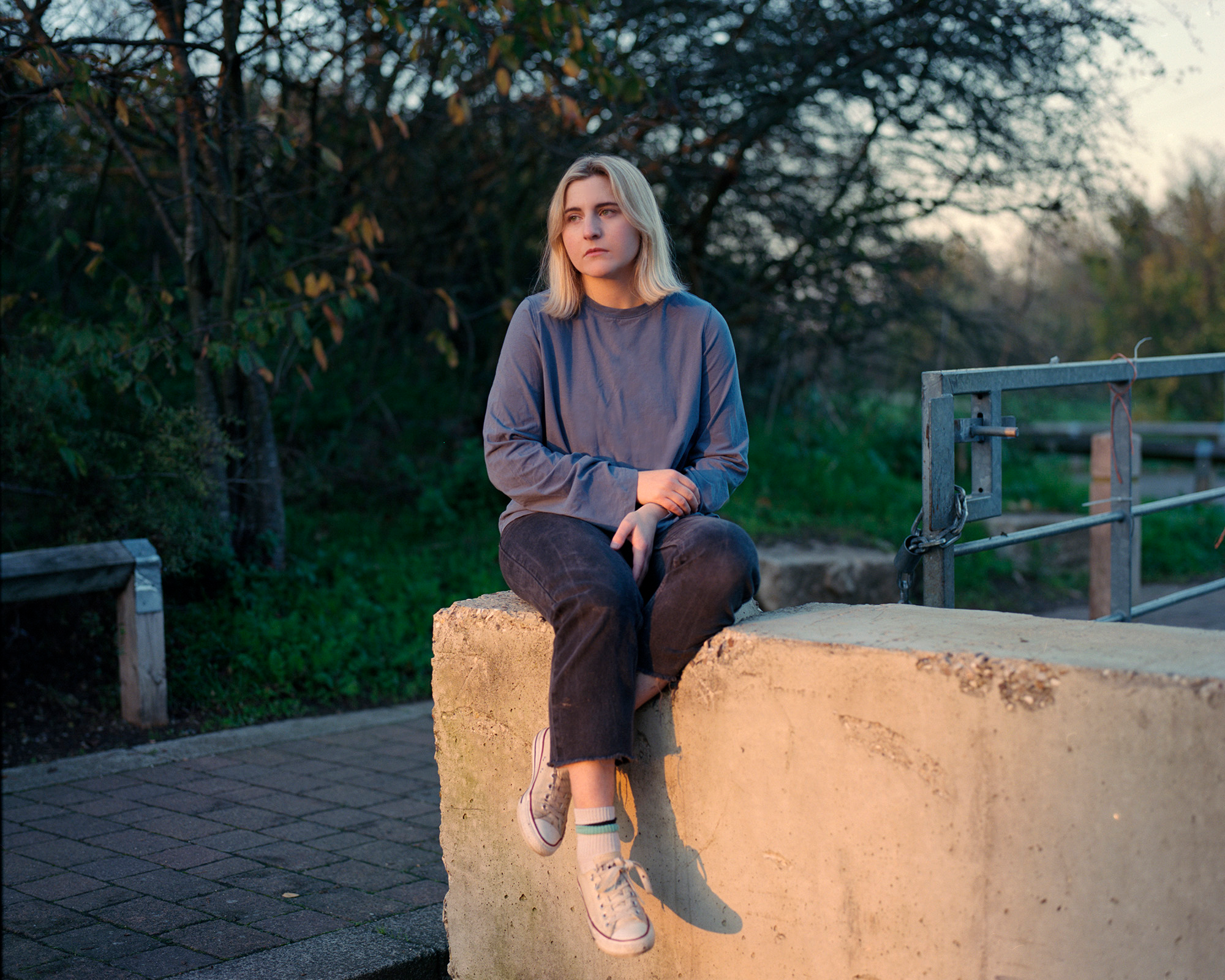 Describing her sound as ‘emotional guitar pop with a hint of lofi bedroom folk,‘ Wyldest’s music continues to surprise us with every release. Earlier this year, Wyldest released three singles that have all been gratefully welcomed by fans across the world. One of the most popular tracks is ‘Beggar‘. As ever, this track follows a unique blended story of synths, lofi and soothing vocals. Wyldest gave us more information on the process that went in to creating this track.
‘I wrote Beggar at a time when I was experiencing a bad case of insomnia. I’d lie awake at night, with my heart beating and a feeling of adrenaline pumping through me. One night of it, I got up and got a synth out. I put on a lofi drumbeat from the synth and then started to play some chords with a melody. I wrote the entire tune that night.’
Wyldest’s music takes listeners on a journey, not solely through words but also through her eclectic musical range. So, of course, we wanted to know where her inspiration comes from. She explained to us that while she find inspiration in specific places, she also likes to highlight important issues within our society as well.
‘Personal experiences, things I feel passionate about (particularly the inequalities in society). I reference a lot of literature and with my new album some of my fave poets/writers including Patti Smith, Rupi Kaur and Fran Lebowitz.’
And as we ended the interview, we got on to the subject of Wyldest’s future musical plans. And it is safe to say she did not disappoint in keeping our musical hopes alive.
‘Relentless writing and releasing of music always, forever.’
Head over to Wyldest’s Spotify page to hear more of her dream-pop sound, including her second album and newly released project ‘Monthly Friend’.
Sophie Wyatt2021-05-29T12:03:02+00:00