Candice Carty-Williams’ smash novel follows Jamacian-British 25-year-old Queenie as she navigates through her life in South London. Finding herself in the midst of hilarious situations, making questionable decisions and growing as she goes, this modern-day heroine is all too relatable in the age of mobile-dating and instant gratification. Between her heartbreak, dire dates and family problems, as a Black woman Queenie is also subject to daily micro-aggressions.

We enter Queenie’s life at the time that her 6-year relationship is coming to an unforgiving halt. In the midst of a ‘break’ with her long-term boyfriend Tom, Queenie finds herself gravitating towards sexual experiences with men that fetishise her body and disregard her feelings. Flashing between past experiences of racism from her boyfriend’s family which was discarded as ‘a joke’ or a ‘difference in generation’, to her past neighbour relentlessly pursuing her asking questions such as ‘is that big bum ready for me?’. As the book goes on and Queenie continues to find herself in sexual situations with men she doesn’t know very well (not for want of trying, and consequently being emotionally ghosted), she starts to develop a zombie-like reaction to sexual experiences. Especially after one lover is so rough she is left with internal bruising that alarms a doctor at the sexual health clinic. While throughout the book the protagonist continues to combine serious issues with her humorous tone, there is a clear decline in her mental health as she is used physically and emotionally by a number of people.

The novel also highlights the eradication of black culture in places like Brixton, where Queenie is devastated to see that where her favourite Caribbean bakery she remembered fondly from childhood had once been, now stood a congregation of indie coffee shops and burger joints. Over the past few years it’s clear to see that small cultured businesses in places like Brixton and Hackney, are being displaced to make way for an influx of ‘trendy’ bars, restaurants and cafes. While many fail to recognise the on going gentrification of these places, Candice Carty-Williams uses Queenie’s sadness at the loss of a place of memory to represent the loss of a generation of culture. While places like Brixton are going through a drastic urban regeneration, older families (usually ones who have relatives or themselves built places up places like Brixton) are being pushed out of their homes by rising rent prices and the general modernisations being made to the town.

Not only does Queenie face micro-aggressions from men on a daily basis, she is also criticised, patronised and man-handled by women throughout the book. After going on a night out with one of her best friends Kyazike (aka ⅓ of her friendship group dubbed Queenie’s ‘corgies’) a drunk white girl grabs at Queenie’s hair and when confronted by Kyazike, plays victim. This leads to not only Queenie feeling humiliated and angry at the unwelcome petting, but also herself and Kyazike getting kicked out of the club. After-which she makes a mental note that the only people allowed to touch her hair are; ‘Me. A hairdresser. That’s it, that’s the whole list’. While it is not a drawn out section of the book, Carty-Williams creates a powerful few pages which accentuates the micro-aggression that so many Black women still face. As well as drawing on the white supremacy that is so deeply-rooted within society that white women don’t understand the issue with grabbing at the hair of a Black woman. 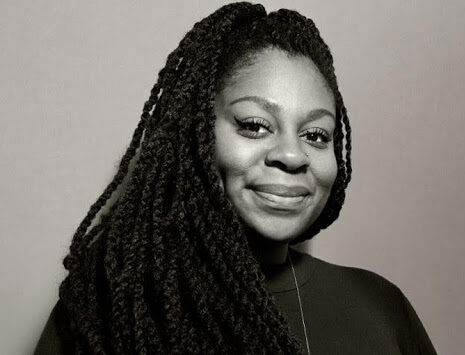 While the Black Lives Matter movement has been fighting and growing in numbers for years now, it seems that there has been a shift in the months following the murder of the late George Floyd, and people are not only educating themselves but also trying to help educate others. In the book Queenie and Kyazike attend a Black Lives Matter protest in the city and this chapter is full of points that only continue to be read as more relavent. While listening to the speeches before the march, Queen hears one woman stand on a podium and say in a ‘strong voice’; ‘Black Lives Matter does not diminish any lives other than ours. That’s not what this is about. What we are saying right now is that we are the ones suffering’. Queenie is constantly angered by the murders of more and more Black women and men around the world, but when she suggests a story on the tragedies going on both in England and other countries, she is told that it is not relatable or relevant. However, despite the hard and mentally draining series of events she faces, Queenie ends the book stronger than she was before. After finding herself in the home of a misogynistic bigot initially disguised as a nice date she found on Tinder, something clicks and she leaves his London flat with the words ‘It must be nice to be so detached from a life that someone like me actually has to live’.