Where are the female headliners?: The gender imbalance in UK festivals and what needs to change 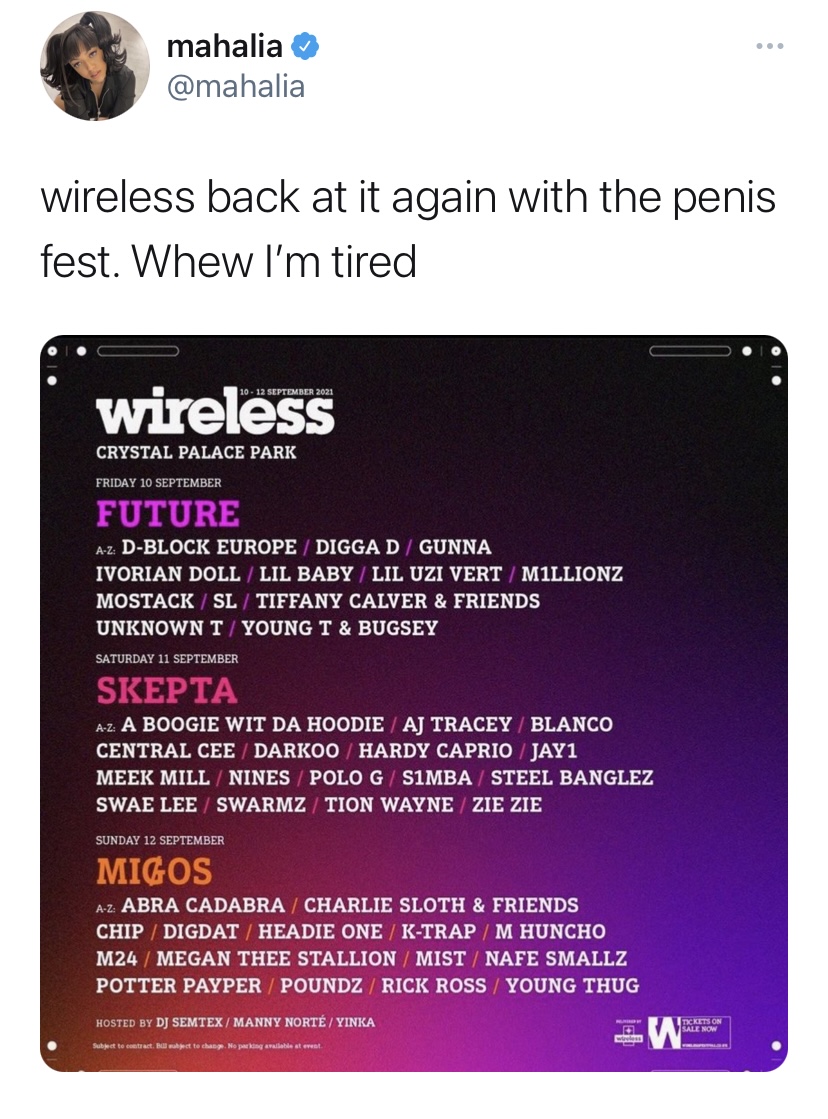 Lockdowns have managed to take away the majority of our fun for the last year (and a bit). And with it, our live music events and festivals. People up and down the country long for muddy wellies, warm tinnies and to enjoy their favourite artists with their friends and family by their sides. And while the announcement of upcoming festivals has brightened our somewhat drab days, not all their line-ups have.

While a number of festival organisers committed to a 50/50 split in the gender of artists playing following backlash at previously male dominated line-ups, many have gone back on their word. Reading & Leeds Festival was among many that came under fire last year for their almost fully male line-up. Although their 2020 line-ups were eventually cancelled due to Covid-19 restrictions, the festival was called out from many different angles via social media, as fans questioned why some of their favourite female musicians were nowhere to be seen. Many have been angered further after R&L announced that to make their 2021 ‘bigger and better than ever’, they were adding six more headliners. And needless to say, not one new headliner was female.

This year Wireless, Download and TRNSMT are just some of the festivals that have released inexcusably male-dominated line-ups. Many people took to social media to express their exhaustion, among them flourishing British artist Mahalia, and renowned DJ and broadcaster Annie Mac. Disappointed music fans have also started to block out male artists names on line-up posters to further highlight the imbalance.

Many artists rely on income via shows to be able to carry on pursuing a musical career. But with massive losses over lockdown, many musicians have had to put their dreams on hold in order to focus on a more financially stable role. Festival organisers have given some very limp responses, putting a lack of women and non-binary artists down to the fact that travelling into the UK is still very much restricted. However, this was immediately argued by fans of the many female and non-binary artists living in the country.

PRS’s Keychange initiative is encouraging festivals to ‘count the discounted’. The movement is championing underrepresented genders in the world of music, in order to provide them with the opportunities that they need and deserve. They explain that while talent is distributed evenly around the world, opportunities are not. They explain that in order for there to be gender balance and inclusivity, there must first be representation. 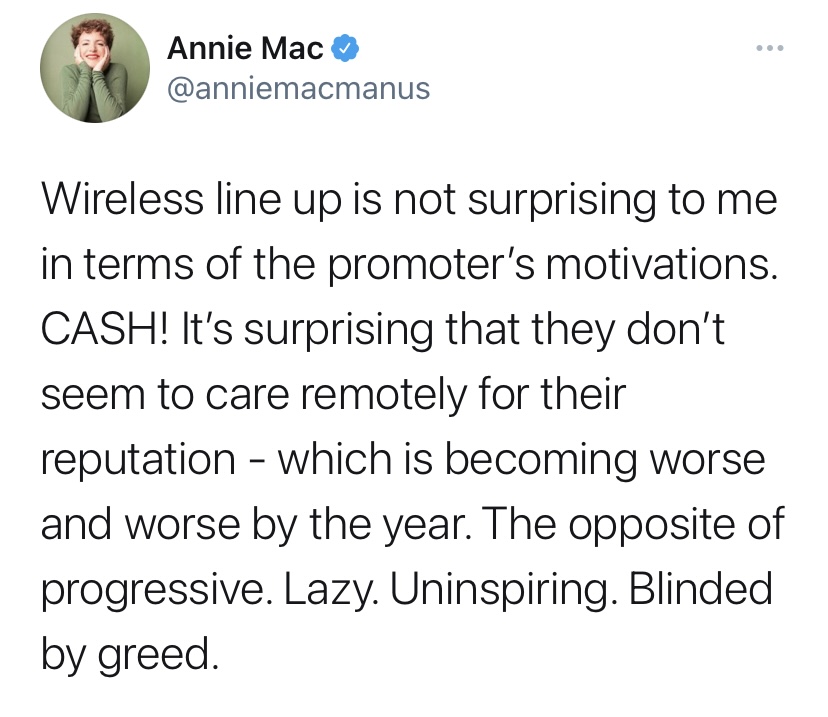 One of the largest problems in this situation is that, whilst the gender imbalance does make people angry, these festivals continue to sell out every year. And having missed out on any live shows for the past year, 2021 is sure the be the same. So how can any change happen? Founder of London record label Damnably Records, George Gargan told NME that the only way festival organisers will take notice is if other acts that are booked to play, refuse. While this is a risky move, it may be the only one that resonates. Gargan explained that while there is ‘financial benefit in diversity’, organisers are reluctant to change what has always brought in money.

Earlier this year The 1975’s Matt Healy announced that the band would not be performing at any festivals unless they included a certain percentage of female and non-binary performers. As with any societal imbalance, we need allies. All artists must acknowledge and join the fight for a more gender balanced music industry. Past Haste interviewee’s Women In Jazz are doing just this. Through there every growing platform they are championing female musicians in order to create a more inclusive, diverse industry.

While we are unquestionably excited to be returning to our music festivals, we can all but hope that the future events will hold a balance of all genders that we can all enjoy.