Thriving singer-songwriter MYTBE on incorporating vulnerability into her music

Despite only entering the music scene last year, flourishing London-based artist and musician MYTBE has already explored a number of different musical avenues. Using her music to explore her own emotions and dismantling awkward subjects faced in day-to-day life. Haste was lucky enough to see MYTBE perform with her band as Poppy Ajudha‘s support act at Earth Hackney earlier this month. And following this we caught up with the young artist to discuss her developing sound and incorporating vulnerability into her tracks. 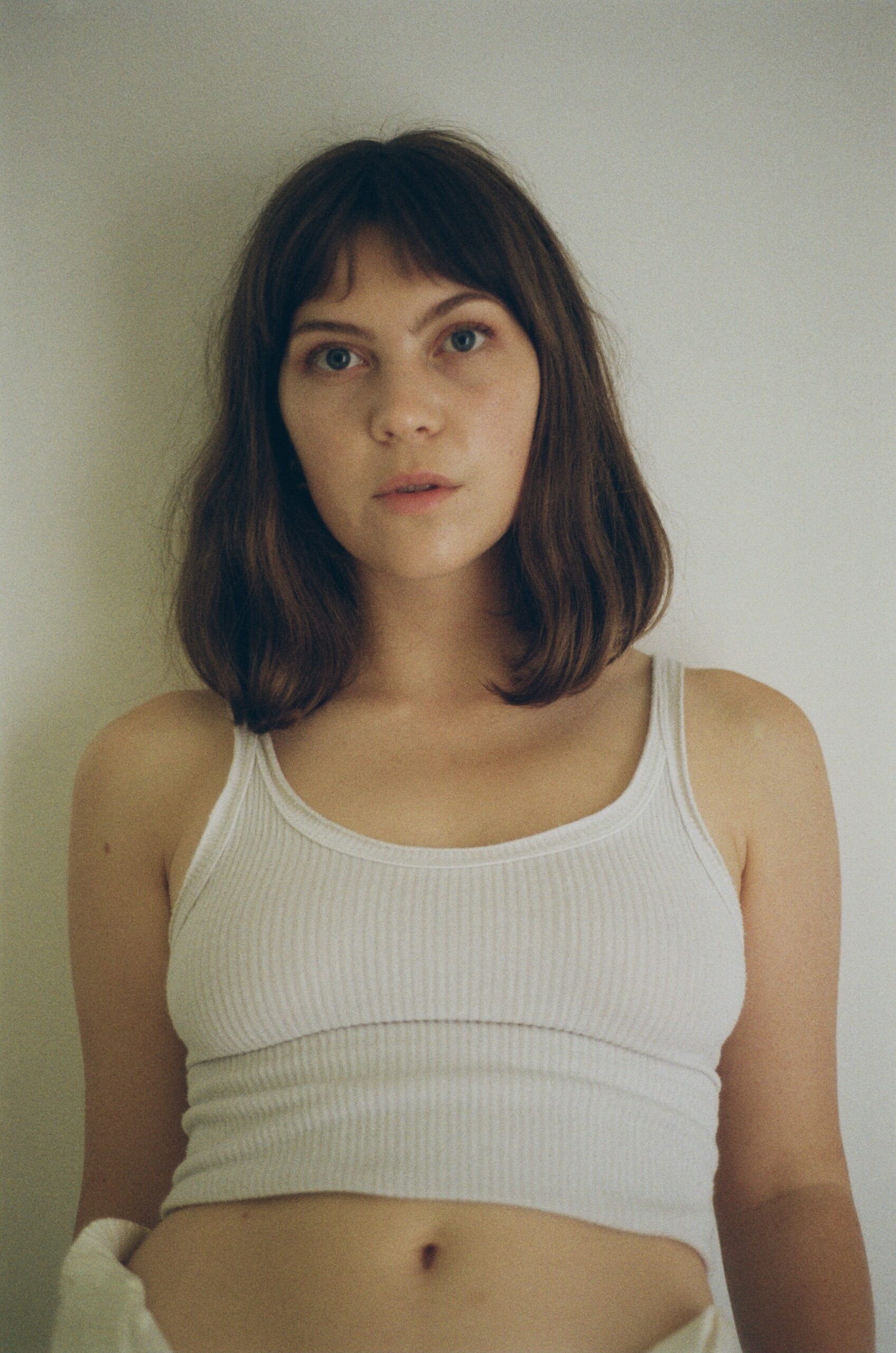 Understanding her love for music at a young age, MYTBE (aka. Phoebe) only discovered her talent for it in 2020. She explained that with the help of her mum and her brother she discovered her passion in life lied in music.

‘My mum introduced me to a lot of soul and jazz records. She was a jazz flutist and violin player. So I was quite quickly introduced to a lot of traditional jazz, Etta Bond and Sarah Vaughan. I think that’s where I get a lot of my song writing influence, in terms of tone and the soul behind it all. But then growing up, funnily the first record I ever bought was Avril Lavigne,’ she laughed. ‘And then Blink182, definitely rode that wave. Then got introduced to slightly more indie sounds.

I was actually quite a late bloomer when it came to music, I only really started singing the year before I went to uni. I didn’t do it at school or for A-levels or anything. I just wanted to do something I enjoyed, and performing felt natural to me. My brother has always been a pretty big influence for me, he’s in musical theatre. So he was always singing around the house. I was definitely more shy, but he helped me grow my confidence in that respect – my first ever gig was with him.’

To confine Phoebe’s music to just one label would be wrong. The sub-genre that she has created layers a number of different sounds, emotions and elements of genres. So we asked her to sum up her music outside the constraints of ‘genre’.

‘I like to think of it as a stream of consciousness. The way that I write… I try to be as transparent or as vulnerable as possible. Because I think there is something to be valued in that. If I can strip back the filter that goes between the rawest thing that I’m thinking and feeling, and skip out any of the flouncy elements of trying to make it sound like something other than what it actually is – the more I can do that, the more the audience is going to understand me as an artist. And also get something from it. Or that we can unlearn trying to dress up how we’re feeling, or hide the potentially awkward, ugly parts of ourselves. I think that’s possibly the most beautiful thing we can try and do through art. And that’s something that I try and champion.‘

One song that the audience engaged with the most during her set at Earth was her unreleased track ‘Good Enough’. The song explored the idea of feeling inadequate, an emotion that almost everyone has felt once in their life. The singer-songwriter explained before performing that this song was particularly hard to write in terms of becoming vulnerable.

‘That was the first time that I performed that song and even now I’m reliving that slight… it’s not anxiety it’s more natural instinct that everybody has when they think that they’re oversharing. I can feel that bubbling up now but I need to shut it down because it’s important to try and be as open and as vulnerable as possible. I’m really learning that and writing that song in particular, I wanted to be as direct as I can without it sounding horrible. It was me being very honest about everything I was going through in lockdown I guess. It felt terrifying but also exciting in a way I hadn’t expected.

I think everybody has that thing inside them where they’re like, am I good enough? Surely every human being is being made to think that in every avenue of their lives. It’s just reminding yourself that you are I guess. That song is actually the title track of the next EP I will be releasing. That whole album will be centred around that conversation with myself I guess. So ‘Good Enough’ the EP will be out sometime next year. I’m hoping to release the first single from the EP in February.‘

And more music is not the only thing we can look forward to from MYTBE. We wrapped up the interview by discussing the artist’s last show of the year up in Manchester, which you can find tickets for here.

‘We’ve got our last show of this year in December, the 10th in Manchester. Which will be nice because Manchester is where I studied and where I met the guys in my band and sort of where a lot of my music roots are. That will be a nice sweaty-basement-gig send off to the year with all of our friends. And then in the new year I will be releasing the new EP!‘

Head over to MYTBE’s Spotify page to listen to her released music including her latest EP ‘spill out’.