Vibrant, modern-disco band Rayowa is continuing their growth within the UK music indsutry. Made up of brothers Dan, Reece and Luke, the band has a uniquely special connection. Their combination of influences from funk and soul to disco has helped to produce a sound unique to themselves, while also paying homage to musical legends that came before them within these genres. We caught up with Dan and Reece to discuss how the guys have got to this point in their career and their latest track ‘Good Life‘.

Usually when asking a band what their first memories of music are, we are met with several different responses. However, this situation was obviously very different in that Dan and Reece spurred each other on to remember certain memories from their childhood. 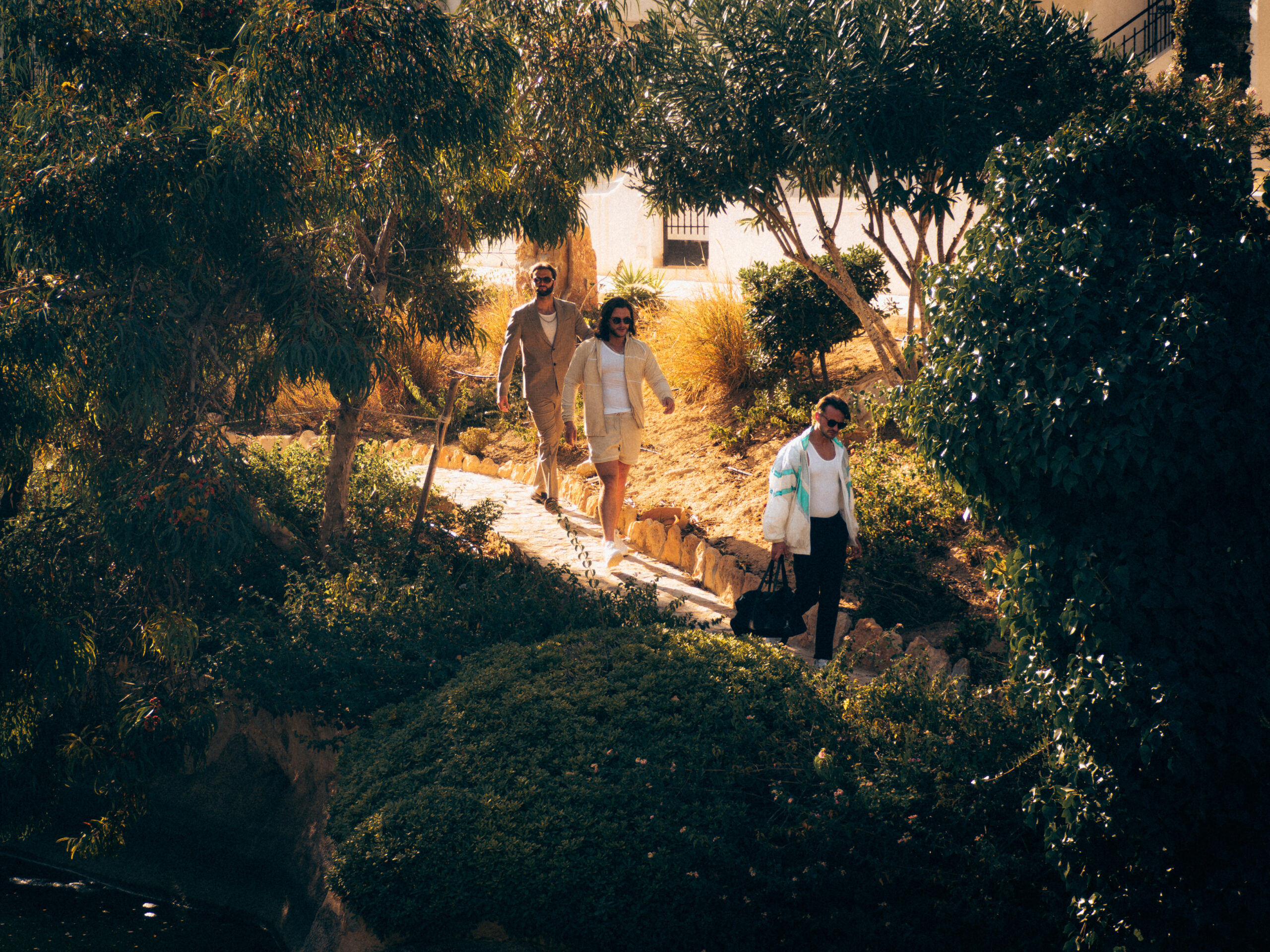 Dan – ‘Dancing in the kitchen to ABBA with our nan is definitely one. To be honest, there are a lot.’

Reece – ‘And we were just mad for Lion King when we were little too. I still listen to it now.’

Dan – ‘So, Reece writes all the music and produces it. We get other people in to do bits and bobs as well, but mainly the music comes from Reece. So our music is definitely informed by that soundtrack, because particularly for Reece, that film really resonated with him. Also when we were younger our mum had this little red escort kitted out with a proper sound system and bass box. I remember sitting in the middle with Reece and Luke on either side and mum blaring out trance music.’

Starting bands and joining other groups from a young age, the guys realised their love for music was something they wanted to pursue from early on. And it wasn’t long before they started to develop their sound as Rayowa.

Reece – ‘I feel like the lyrics are very reflective of what I’m feeling at the time. They allow us to express our feelings in the music.’

Dan – ‘Sound wise, it’s something we’ve struggled when trying to describe it to people. Because I think once you hear the music it make sense. We kind of just say modern-disco, it’s not new disco though because that has a particular sound. It’s like a modern take on disco music and associated genres.’

Reece – ‘I think we’re trying to stay authentic to how it would sound back in the day, how the arrangements were too. Allowing the music itself to be a journey and not necessarily defining it or shortening it.’

‘Good Life‘ is Rayowa’s latest track, released earlier today. With the bands classic twist on the song, it is instantly recognisable as them, while also offering a new, deeper sound. Like all of their songs, ‘Good Life‘ is a song set for your summer playlist. Reece went on to explain a bit more about the lyrics he wrote, and the story behind the song.

Reece – ‘That one’s a kind of classic, 70’s, feel-good-disco-funk vibe. Lyric-wise, it’s about living in the moment and overcoming pressures and anxiety. It’s about knowing, times are hard but better days are coming. The chorus lyrics are ‘keep staying up past midnight, but it doesn’t bother me, keep living for the good life.’ The meaning behind those words is sacraficing today’s short-term pleasure for tomorrow’s long term gain.’

We then finished up the interview with the guys by talking about their exciting future plans. With many more songs and projects up their sleeves, as well as gigs and festivals, we can’t wait to see where Rayowa are this time next year.

Dan – ‘We’ve got another single coming soon, another song called ‘Believe’ in July, our second EP coming too. Loads of music coming. Then gig wise we’ve got Cambridge Club with Nile Rogers and Chic on Saturday, we’ve got a few other festivals, and Summer By The River at London Bridge. Headline show at the end of the year and lots of releases.’

Head over to Rayowa’s Spotify page to hear more of their tracks, including ‘Good Life‘.