This year the Secret 7″ project will see it’s seventh and final edition. The annual exhibition, held from 14th October – 1st November, will see seven well known tracks pressed into copies which are then put into a uniquely designed sleeve, courtesy of one of the many artists that contributed. Secret 7″ is also open to contributions from non-professional artists, prompting over 6000 artworks to be sent in this year alone. Artists range from painters and graphic designers, to sculptors and graffiti artists, meaning that there is a huge range in the styles of each of the covers.

The tracks included this year are: Aretha Franklin – One Step Ahead, Bob Dylan – Blind Willie McTell, Foo Fighters – This Is A Call, The Internet – Come Over, Koffee – Toast, Miles Davies – Miles Runs The VooDoo Down and Vampire Weekend – Harmony Hall.

All of the artworks in the exhibition are anonymous (that’s the secret), so if you’re looking for a particular creators artwork I’m afraid you will have a pretty tough task looking through the 700 records. The exhibition also features some surprise features each year, such as expert talks, offering the public the chance to record live to vinyl, shown performances and films and even hosted a sleepover. This year the exhibition will be hosting a hybrid jukebox that plays both 7″ records and streams via Sonos, and much more that has not yet been announced. Secret 7″ explain that their ‘driving force is for it to be a fundraising platform with an emphasis on fun and inclusivity’. At the end of the exhibition, all 700 records will be auctioned off in aid of charity with the aim of raising over £250,000, which will be donated to the Help Refugees organisation.

We got the chance to speak to one of the contributors, 27 year-old Daisy Parris. Having loved the creative from a young age, Daisy explained to us about her excitement to be invited to create for this exhibition, and a bit about her own personal affiliations to art and music.

Daisy told us that her love for art has stemmed from her school days. ‘In school when I saw the older students’ sketchbooks it ignited something in me. Knowing that were artists out there making a living out of doing art every day just gave me this hunger to want to do the same.’ 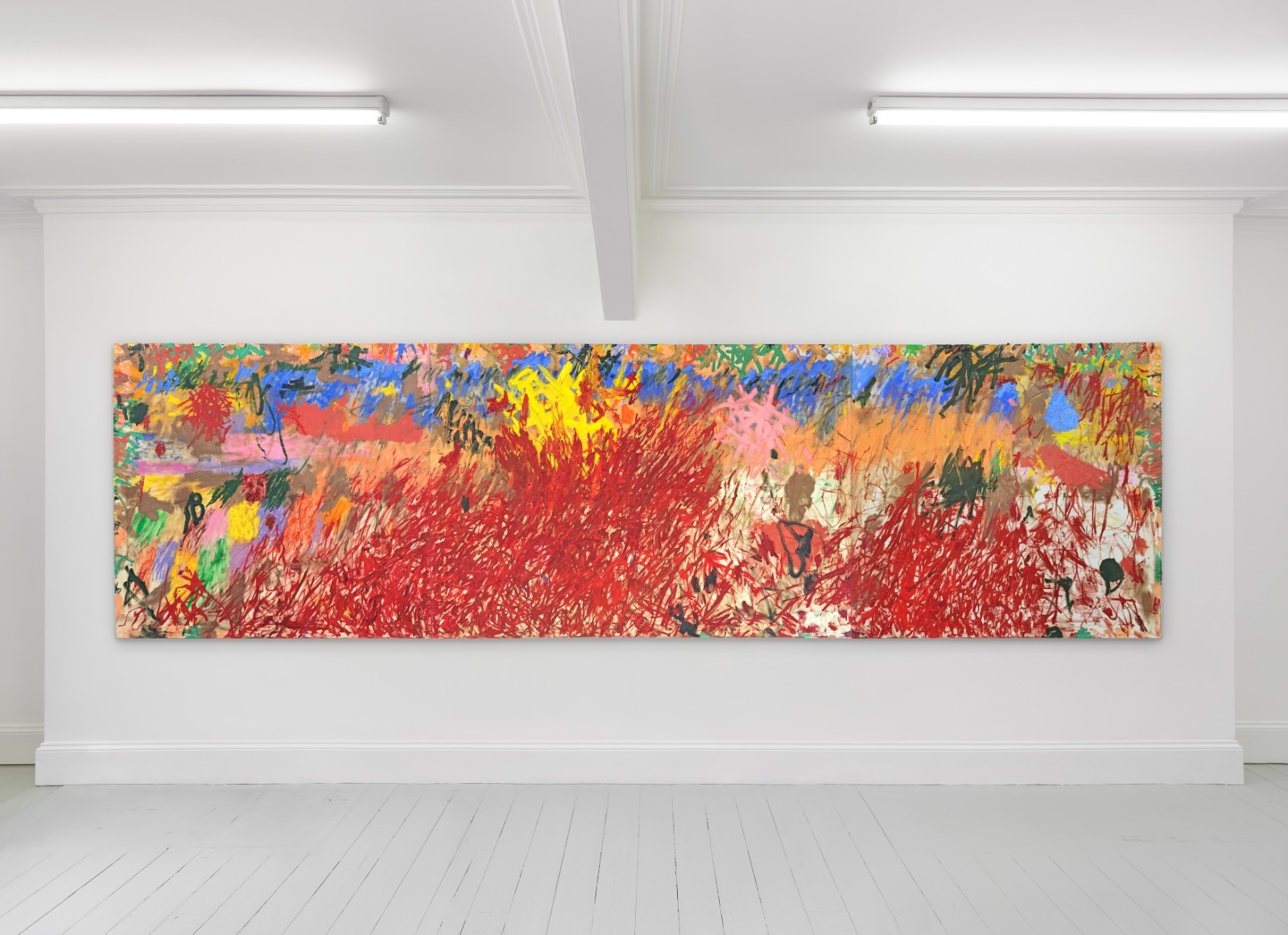 Describing her artistic style as ‘Abstract, colourful, textured and filthy’, Daisy divulged the process that goes into a lot of her work. ‘I usually go straight in with some colour. I try to start light and build up layers but I get things wrong a lot. I’m trying to slow down, look a lot and not overwork things but half the process is fixing things and getting the painting to a point of strength.’ She went on to give us a window into what inspires her unique artwork. ‘People, the earth, everything that’s going on around me. I’m always observing and people watching. I’m trying to process information, experience, memories and nostalgia through painting.’

Secret 7″ is a fun organisation that are centred around creating an exciting and visually pleasing way to raise money for charities. However the exhibition is also responsible for creating a space in which music and art are tied together in harmony. Daisy told us about the first prominent memories of music in her life and why music means so much to her today. ‘Music is a huge part of my life. I can’t go anywhere without my earphones in. I have to listen to music when I paint. Some of my prominent memories are driving in the car with my dad when I was younger listening to music. He used to play a lot of punk and I was so intrigued. I’ll never forget the first time he played me Distant Smile by Ultravox when I was 13 or 14. I said ‘this is boring, why is the intro so long?’. He said ‘just wait for it’. I was so affected by this song in the end because it is visceral, of the guts and scary. It changed the way I thought about music. I started collecting 7″ punk records without even having a record player at the time just because I loved the artwork and holding them. My dad had a lot of original punk and rock records that gradually I started borrowing when I had a record player so I’d work my way through those and try and eat up as much music as possible. I used to go and see the local bands in Kent every weekend so music has always been present in my life.’

While we were allowed to know very little about the sleeve that Daisy designed (because it’s a secret), she was able to enlighten us on the concept of her contribution to Secret 7′. ‘I’m not able to reveal which track I’ve picked as that would give the secret away, but the piece is about the daily struggle of liking yourself and then hating yourself. This constant back and forth is exhausting and we need to be kinder to ourselves.’

To find a full list of contributors and to hear more about the Secret 7″ exhibition that will be held at NOW Gallery on Greenwich Peninsula 14th October – 1st November, head over to their website HERE.