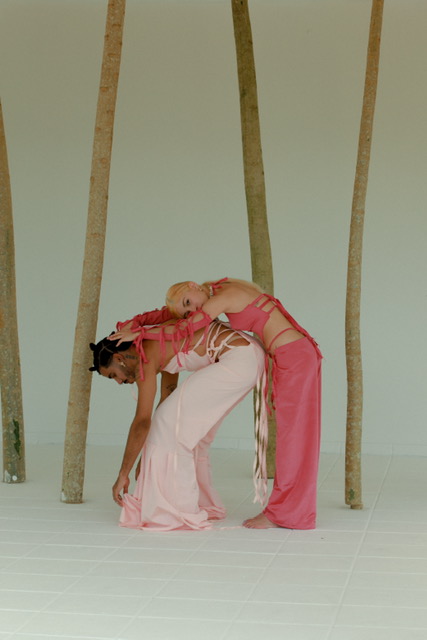 Having grown up in Puerto Rico, Gabriel Feliu had a vision for the future of the island’s fashion, and beyond. Growing up with a intense curiosity with the world of fashion, Gabriel decided to turn his vision into a reality. The Mob Studios is a gender fluid, sustainable brand that is making it’s own colourful stamp on the fashion industry. We got the chance to catch up with Gabriel about how the brand came to be, the importance of gender fluidity in the future of fashion and how vital sustainability is in moving forward.

To kick off our conversation, we wanted to know where it all began. Describing his work as ‘Unapologetic, unique and a statement. I like that when my customers walk wearing my clothes, they turn heads’, Gabriel’s unique vision is clear. We asked the young designer to journey down memory lane to his first memories of fashion and how it drove him to where he is now.

‘For me, fashion design has always been one of my biggest passions. I remember being eight years old and watching fashion TV with my mom. Different runways from Chanel to Dolce & Gabanna, so just absorbing all that. And when I saw ‘The Devil Wears Prada’ I felt like something clicked. So from there it has just snowballed into what it is now. I started the shop around three years ago. I was taking a business class at college, and we had to develop a business for a project, so my group decided to do a thrift shop. So I stuck to it, I started posting pictures of my clothing and selling second-hand pieces. Since then it’s been this journey of seeing what opportunities come and taking them.‘

When you think of top fashion scenes, your mind immediately leaps to Paris, Milan, New York. However, Gabriel is putting Puerto Rico on the fashion map. Gabriel explained to us that while the Puerto Rico fashion scene is somewhat non-existent at the moment, creators such as himself are bringing a new lease of life to the countries style. 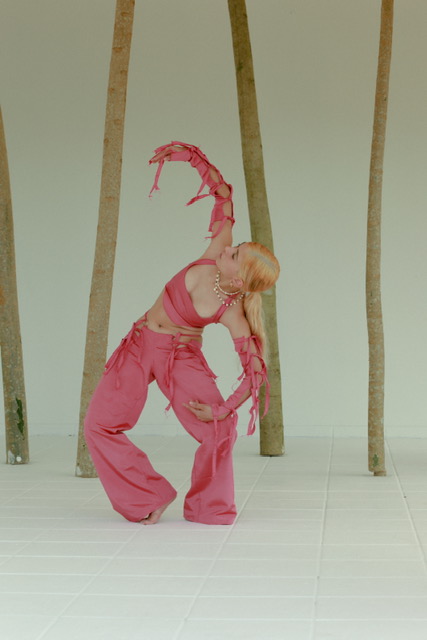 ‘The fashion scene here is a bit outdated. Not even a bit, it is outdated, period. It’s funny, because I’ve had Puerto Rican people come up and say ‘Oh you don’t sell for Puerto Rican’s, your brand is not wearable here’. And I’m like, why not? It wasn’t until Bad Bunny came out with his really extravagant looks that Puerto Rican’s started dwelling into different styles and getting a bit more experimental. It’s been nice to see the community improving over the last year. I’ve seen a lot of movements from the queer community, and creatives putting their work out there. It makes me so happy to see that Puerto Rican’s are working to better the fashion scene. And just the creative scene in general, because we lack that here.‘

Like many other creatives, Gabriel has had his fair share of hurdles this year. With establishments such as fabric shops shut as countries went into lockdowns, fashion designers were forced to think outside of the box when it came to creating pieces. Gabriel elaborated on how he has dealt with the obstacles thrown at him over 2020/21.

‘At the beginning it was a bit chaotic, figuring out where I was going to get my supply, what I was going to do. But it actually forced me to get creative with what I already had at hand. And that’s when I really got into reworking and just utilising everything. At the beginning of quarantine I would get supplies from the supermarket, or use school supplies, because they were the only places that were open. And once the fabric stores opened, it was crazy. I was in line for like two hours, and the stores that were open were very limited. But now it has ‘normalised’ in a sense, we just have to take precautions.‘

The Mob Studios pieces are entirely original. Exploring different colours, cuts and fabrics allows Gabriel to fully express his emotions through clothing. With such a unique style, we wanted to know where Gabriel’s expression comes from and how important gender fluidity is to him and his brand. 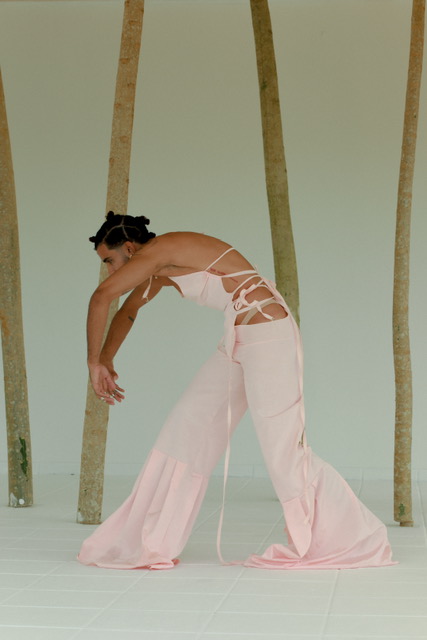 ‘I would say my inspiration comes from nature, and social media. Just from scrolling, like I could see someone pair something with a t-shirt and I think ‘wow I like that silhouette a lot.’ My inspiration is strongest in the mornings. I always have a little sketch book next to my bed, because I’ll wake up and immediately have an idea and have to sketch it down so I don’t forget. But I take a lot of inspiration from nature. I could look at a single leaf and take out four colour combinations and inspo for silhouettes, cuts and design.

I don’t like to make my clothes for one gender, because I believe that anyone could wear it. That’s why with most of my pieces I try to market them through styling them on a boy and a girl. Sometimes people don’t have enough creativity, so you have to present the people what you’re trying to communicate. So I was trying to communicate how these unisex pieces could actually be worn by both gender. I want to show my customers that, ‘look you can wear this top and still remain within your masculinity’. Just because you dress in a feminine way, it doesn’t necessarily mean you have to be gay. Like don’t get fixed on something that’s ‘designed for the opposite sex’, that does not mean that you can’t wear it.‘

Finally, we asked Gabriel what the future looks like for his flourishing brand. While the brand itself is continuing to grow, one of Gabriel’s main focuses is sustainability. The world as we know it can not continue under the current strains we are putting it under. The fast fashion industry is entirely detrimental to the environment around us, even if it not entirely obvious right now. This is why the ever growing Mob Studios will focus heavily on environmentally friendly materials and settings.

‘I am envisioning an empire. I’m working to become one of the top brands here on the island. As I said, I would like to bring new culture to Puerto Rico, and push the fashion scene here even further, bring something completely different to the table. And that is what I’m doing with my shop. I actually changed the name of it, because at the beginning I was ‘Sad Mob Shop’, which is still it’s handle on Depop, but on IG I finally changed it to ‘The Mob Studios’. I’m trying to create this collective, like the actual Mob, where other creators, photographers, other designers, we all just get together to produce our work in a sustainable manner. With starting and developing what The Mob is, I strive to become one of the big production houses here on the island. Being able to have the actual Mob Studio space where an artist could come in to shoot a video, be styled in our clothing, utilise sustainable materials and light, and just produce everything while being environmentally conscious. We can’t just keep working and producing and concentrating on ourselves, while we are literally eliminating all of our supplies and continuing to harm the earth. Eventually we won’t even have anywhere to live, so why do we keep on producing.‘

Head over to The Mob Studios Instagram page to keep up with their constant stream of colourful content. And check out their Depop page to grab yourself this seasons latest looks!