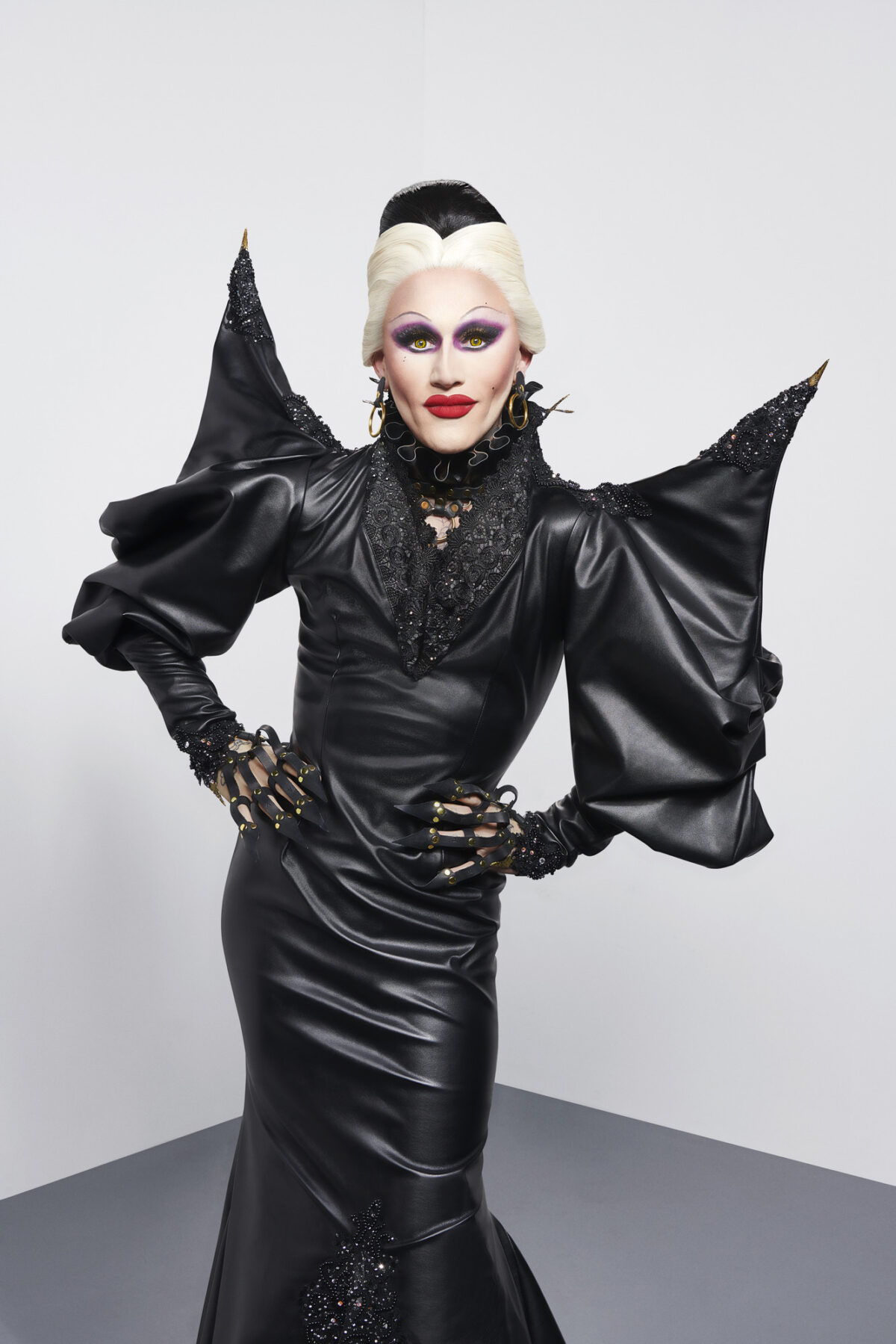 Unless you’ve in fact been living under a rock, you will have seen Ru Paul’s Drag Race UK is back. And boy, has it been with a bang. The loudest, brightest and most fabulous drag tv show returned to our UK screens on the 18th January, and with it, a crowd of fresh to death queens. One queen that has sparked a lot of controversy both on and off the show is Mister Joe Black. After being the first of this years drag stars to be sent home, Joe was invited back by fellow queens but sadly sent home yet again after being called out by Ru Paul, in what has been called a ‘tone-deaf’ rant over Joe’s choice of H&M dress. We spoke the King of Cabaret Noir to find out more about his drag style and how he is using his looks and social media to create a more accessible drag community, whatever your budget.

From the age of seventeen, Mister Joe Black was part of the Portsmouth cabaret scene. Performing seems to have always come naturally to the star, in whatever capacity that may be. He explained to us that although the shows were cabaret focused, his love for the extravagant was apparent very early on.

‘Aesthetically speaking, it was more androgynous but still with make-up and whacky costume. In terms of drag, I’ve always liked big looks. So I can’t pinpoint the exact moment, but I imagine it probably started from the first time I saw Ursula or Cruella Deville and going ‘ahh yes that’s what I’d like to be’. When people think of cabaret, I guess everyone has a different understanding of what they think it is. Some people would say that someone in a pub singing a Shirley Bassey song in a sequin dress is cabaret, which is it absolutely. But for me it’s a busted old piano and someone looking a bit garish leaning on it with a cigarette drinking a gin, and it’s all kind of beauty but imperfection and it’s gritty and smokey and dark, and you can smell the kind of gin soaked carpets in the venue. That’s what that means to me. The thing about cabaret shows is that anything goes. It could be a drag king, it could be an arielist, a contortionist, a clown, someone doing the most wild completely out there drag. And with my cabaret, people have come for something a bit different and they know that anything could happen from one act to the other. Even though aesthetically (of recent times) I would be considered more drag, I still consider myself cabaret first and foremost. The drag is maybe the vessel in which it appears, but it’s always going to be those silly Polka tracks on the piano playing accordion, with a husky voice screaming pop songs to the tune of something else. So I’ve always been very very lucky in the realms of the things I’ve worked in, no matter how I present myself people have just gone ‘OK cool that’s cabaret”.

Although Mister Joe Black now resides in (sometimes) sunny, seaside town Brighton, he originally called Portsmouth home. Living in Portsmouth until the age of 23 meant that Joe explored his initial love for burlesque and drag in his home town. While his passions have now become somewhat ‘mainstream’, Joe reminisced on his progression from the ‘dodgy back rooms of pubs’, to performing in the most prestigious theatre in the area. However, as Joe began to flourish he found himself being more and more drawn back to his favourite (and possibly most fabulous) seaside town in the country, Brighton. 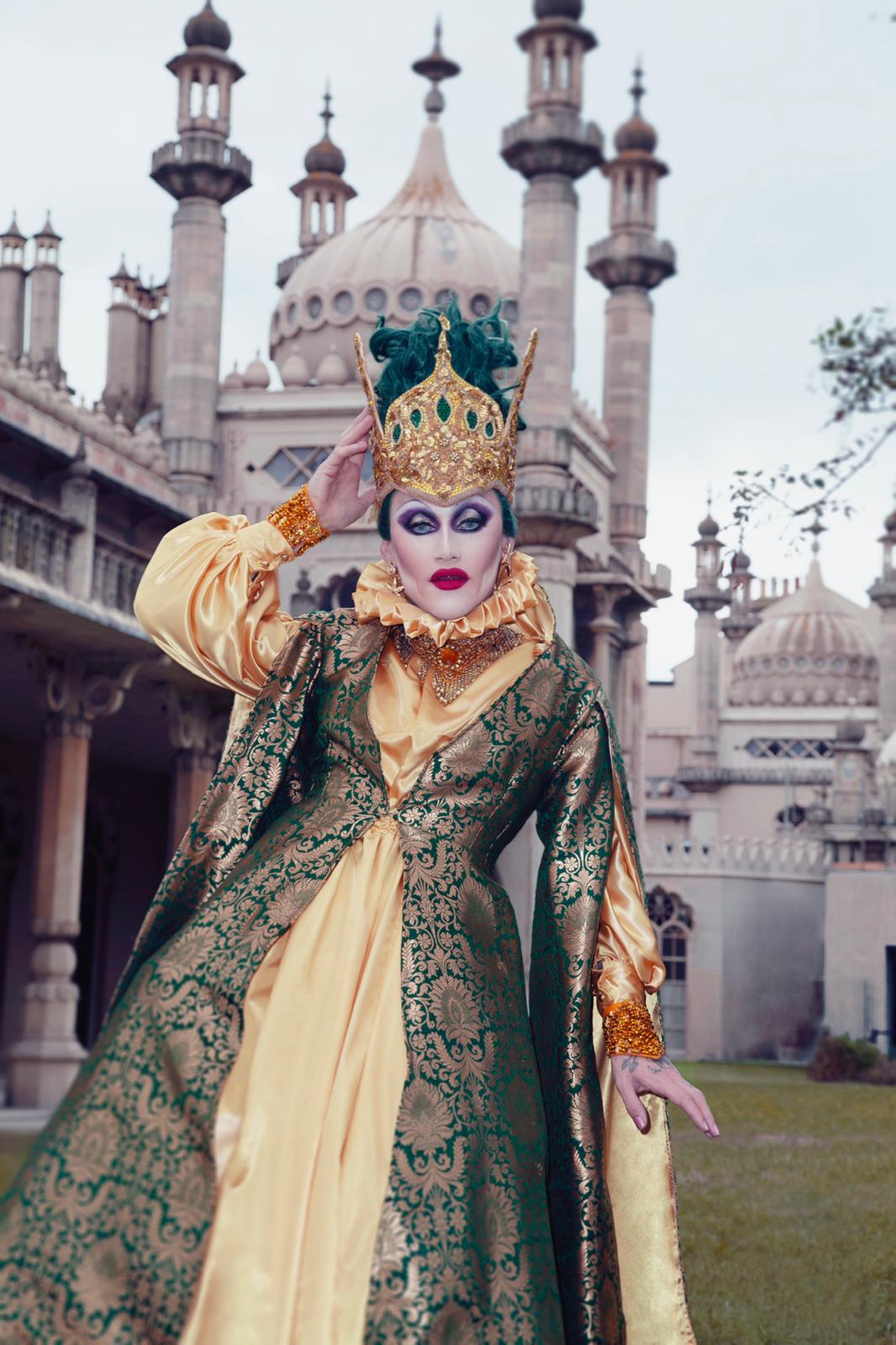 ‘So I was in Portsmouth until I was 23, so I was based in Portsmouth for the first kind of six years. I was very fortunate to do a lot of things away from home, international things and stuff like that, but that [Portsmouth] is where I did my first burlesque show. There was a night called HMS Pin-up that was part of the 2006-2008 burlesque revival in the UK, so it was when it was considered super edgy and different. At the time it was much smaller, so we’re talking the back room of a rough pub in a really rough area of Portsmouth. That was really exciting because I felt like I was a part of a movement happening in my hometown. I used to run a big, beautiful theatre show there at the King’s Theatre, which is a stunning, Edwardian fifteen-hundred seat theatre. So that was my journey, and I was so lucky in being able to grow, because Portsmouth isn’t a massive place, but there was a good local scene. Which was funny because when I got announced for Drag Race I obviously said I was from Brighton and everyone in Portsmouth was like ‘how dare you!’. And I am, it’s just because I’ve been in Brighton for over a decade now. So Portsmouth kind of formed what I was doing and then Brighton helped finish it. Brighton is the kind of place I would go to as a teenager, you know a day trip on the weekends or bunking off school or whatever. Brighton was that place were you could be that weirdo, that alternative person. I mean Portsmouth has changed a lot now but when I was growing up it was still very rough around the edges. So as a queer individual, Brighton was so close by but felt like an entirely different world, and I always said I’d move to Brighton. I moved to London very briefly, but I crave the sea so Brighton was perfect because it was everything I wanted. I love nothing more than the tacky British seaside.‘

After his departure from Ru Paul’s Drag Race UK, Mister Joe Black was voted to return by his fellow queens. Returning from his first departure, which caused a lot of controversy on social media from fans of Joe and the show, unfortunately it wasn’t long until Joe found himself in another controversial position. After stunning the judges with his British Seaside runway look, it was in fact Joe’s choice of H&M dress that saw him face the wrath of Ru Paul. It was this outburst that has seen shocked fans (and queens alike) responding to Ru’s outburst as ‘tone-deaf’. Earlier in the year Mister Joe Black addressed the expensive assumptions that are tied to drag in an Instagram post, and explained how the art of drag should be accessible to everyone, whatever your financial situation. 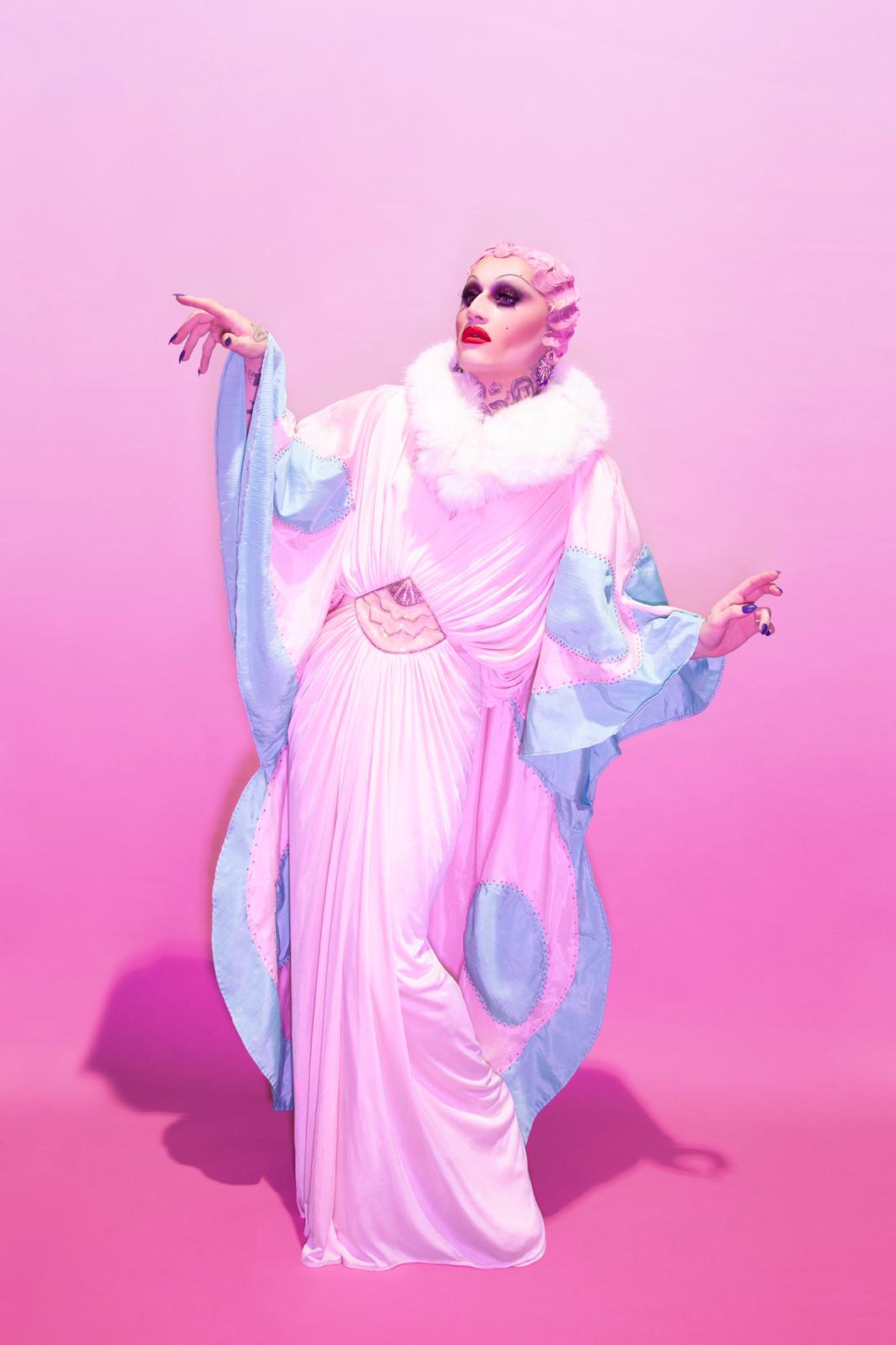 ‘There’s a culture around drag at the moment where people think they have to be the most expensive. Sometimes someone can go ‘oh I spent £5000 on this look’, and there could be someone that’s spent £5 and looks just as good, if not better. I’m going to delve into this a bit more with social media as the weeks go on, because I wanted to find ways of using the tools I have and prove to not only myself but other people, that you can create things with a bit of trickery, a bit of time, creativity and dedication. And that particular look, I bought that gorgeous pink art deco dress in Halloween clearance sale, everything was £6.66. I think it’s really important to talk about, because everyone’s kind of tricked into thinking they need to have the most money and if they don’t have the money then they can’t do it. I mean some of the best drag is bin bags. When you realise that you can just use what you have, and how far some resources can go it can be even more inspiring. I don’t want to say I’m cheap, but it feels to me a bit absurd to sink all of this money in order to be validated by other people. If you look how you want to look and you’re happy, and you feel gorgeous, wonderful, terrifying, surreal, however you want to feel, then I think that’s great. It absolutely astounds me that some people would base their drag on the money aspect, because that’s then not about you it’s about the cash that’s being flashed around. Money can make creative things happen, but using the 20’s ‘Weimar Berlin‘ or ‘The Threepenny Opera‘, they were made from no money but from poverty. No one had money, everyone was absolutely fucked. But it’s considered one of these huge times when it was wildly creative and inspirational and it all came from nothing. The most amazing things can be made from nothing.‘

Although Joe Black’s time on Drag Race was cut untimely short, his style and will to create a more accessible drag community has seen his following grow tenfold. While the (sometimes) unattainable level of expenses tied to the world of drag still continue to be a problem in the community, it is queen’s like Joe Black that are addressing this issue and encouraging people, on whatever budget, to follow their dreams and be that queen, star, or even evil villain.

‘Since Drag Race, social media has completely exploded. And for all the ill’s that social media can do, I’ve just felt love from it at the moment. And not that numbers matter but the new followers mean that I can do what I’ve always been doing and stay true to myself, but then all interact with all of these new wonderful people. Regardless of what happened on the show, and a lot of people have said ‘I’m angry that you were eliminated, but I’m really glad Drag Race introduced me to you. There was no point going to Drag Race and trying to fit an exact formula because that would’ve been unauthentic to me. I have been asked quite a lot of I would change anything, and I always just say no, because that was exactly what I wanted to do and I’m really glad I did because it resonated with people and I’ve had so much love and support. So the result on the show is irrelevant because now these wonderful lovely people online are part of my strange little world.’

Although the future is somewhat of a hazy one right now, Joe has got a lot up his sequin covered sleeve. While we wait patiently for our beloved live events to return, Joe is planning some very special and exciting shows.

‘Yeah so I’m going on tour in September, we think September is a realistic expectation of when tours will happen. So UK tour in September for a show called Deco Punk which is a parody of steam punk, it’s that kind of artistic thing of taking art deco and making it edgy. I’m playing along with the show of course every week, and I’ve done so many wonderful shots with a photographer called Gregg Bailey who I’ve worked with for years and then when this all happened we decided to do a project together. And then hopefully (although I can’t talk about it too much because things need to be signed) some more projects coming out that shouldn’t be too long I hope.‘