Riding alongside the high of Leeds thriving music scene is five-piece, indie-rock band The Golden Age of TV. After appearing on the scene in 2017, the group of friends have released a steady stream of singles and EP’s, and they are not stopping there. We were lucky enough to chat with lead singer Bea Fletcher and guitarist Sam Carty to discuss how The Golden Age of TV came to be.

To kick off the interview we were greeted by the smiling faces of Bea and Sam. After some quick introductions we got down to it. While the band may seem like they’ve known each other forever, we wanted to know how exactly they found each other. And furthermore, how TGAOTV came to be.

Bea – ‘We all met all the others at uni (Ryan Bird – guitar, Ciaran Scanlon – bass, Josh Ketch – drums). Post-uni we carried on because we thought, ‘this is pretty cool’, she laughed. ‘We worked well together and we were all good friends so we thought why not.’

Sam – ‘We kind of hand-picked our favourite people from the year. Me and B weren’t really friends, but we became really close because of the band.’

And while the group have continued to grow together, both artistically and literally, their choices in music do not always align. Bea explained that while the grop of five tend to find loves for a few of the same bands, they tend to spend their time listening to a wide range of different artists. 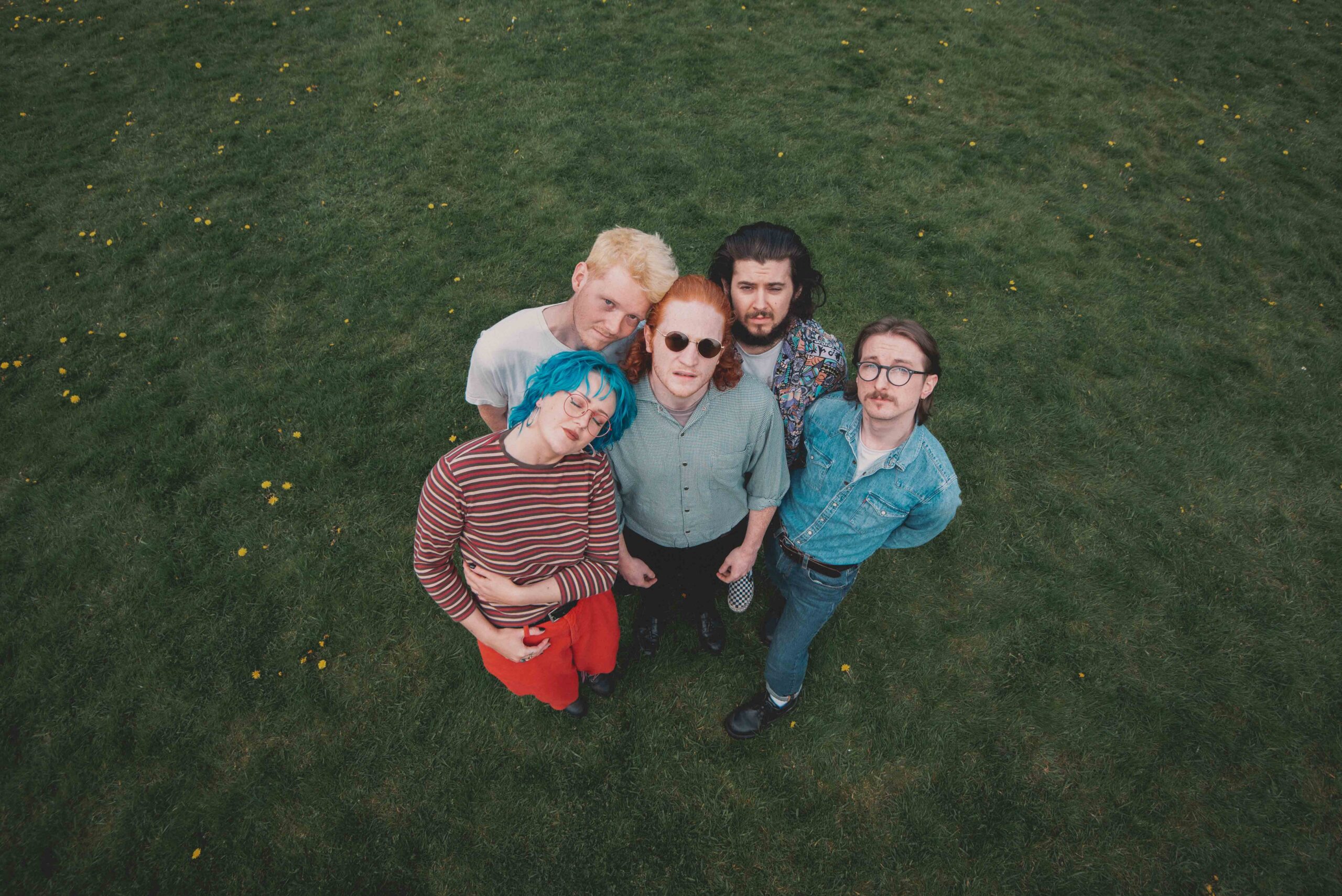 Bea – ‘We actually still kind of listen to all sorts of different stuff, but I mean our tastes definitely do overlap. There’s bands and artists that we all listen to an equally enjoy. I think it almost works better because we have our own tastes as well because it means you can bring different things to the table. Different inspirations to the writing board.’

Sam – ‘We get a lot of good music recommendations from each other too. I’ve always been a kind of scrappy, indie-rock fan I guess. I grew up on bands like Arcade Fire and Bombay Bicycle Club. I’m also a massive fan of soul music and tracks from the 70s. My cooking playlist is just motown bangers really.’

Bea – ‘I’m quite different to the lads because I’m into quite a lot of pop, and electronic stuff. Hyper-pop stuff as well, I’ve got quite a big pop influence. I’m a huge Björk fan, she’s like my mum of music’, she laughed. ‘She brings things out of me that no other artist has ever done.’

While the band are primarily referred to as indie, their music uses many different tones and influences to create such a unique sound. So we asked the pair how they would sum up their music and what it means to them.

Bea – ‘I always struggle with this.’

Sam – ‘It is funny when you label yourself as indie or alternative, because sometimes I drop down on festival applications for example. And it’s like ‘what are you?’ and indie is such a huge category. I think guitar-pop-rock.’

While artists are continuing to pop-up all over the country at a consistent rate, Leeds seems particularly hot in the UK scene at the moment. Having lived in Leeds for 8 years, the group have been able to have a first-hand view of the scenes progression and dips.

Sam – ‘It has always had such an amazing music scene. You see bands come and go in waves so you don’t see the scene depleting. I would agree that especially at the moment we are seeing some breakouts like Yardact and Eades. They’re really smashing it at the moment… and English Teacher! And there’s an amazing jazz scene here and an electronic music festival. Like any city there’s so many layers to it.’

Bea – ‘I feel the same, there’s always been a flow of great bands and musicians in Leeds. I feel like any dips have just been from people moving away, there’s never been a drop of new bands coming out of Leeds.’

At the time of writing, TGAOTV were working their way up to their delayed UK tour (which has now begun). They gave us a brief but exciting look towards the future and what we can listen out for from the growing band.

Sam – ‘So our March tour is scattered about because it had to be rescheduled from November. In terms of what to expect from us, we’ve got new dates and new music to be announced. It’s all kind of ‘to be announced’ at the minute. We’ve got a fun year ahead, it’s looking really cool.’