After being chosen to be shown at the World London Film Festival, we got to chat with independent film makers Robin L. Finetto and Imogen Radwan about their newly released short film ‘Othering’. Filmed over lockdown, the pair starred in, filmed and edited the piece themselves. We got the chance to chat to the pair about the concept behind their new film, the challenges of shooting over lockdowns and how 2020 has been from a creative perspective.

Hey guys! Can you tell us a little about yourselves?

Robin: I’m a writer/director originally from Northern Italy but I’ve been living in the UK since 2014, first studying and now working as an Editor and trying to get my creative projects made.

Imogen: I’m a writer/director and novelist from West Sussex, and I got into filmmaking shortly after graduating from my BA in 2018. Since then I’ve been making shorts and writing longer-form scripts in the hope that someday I can make those too. 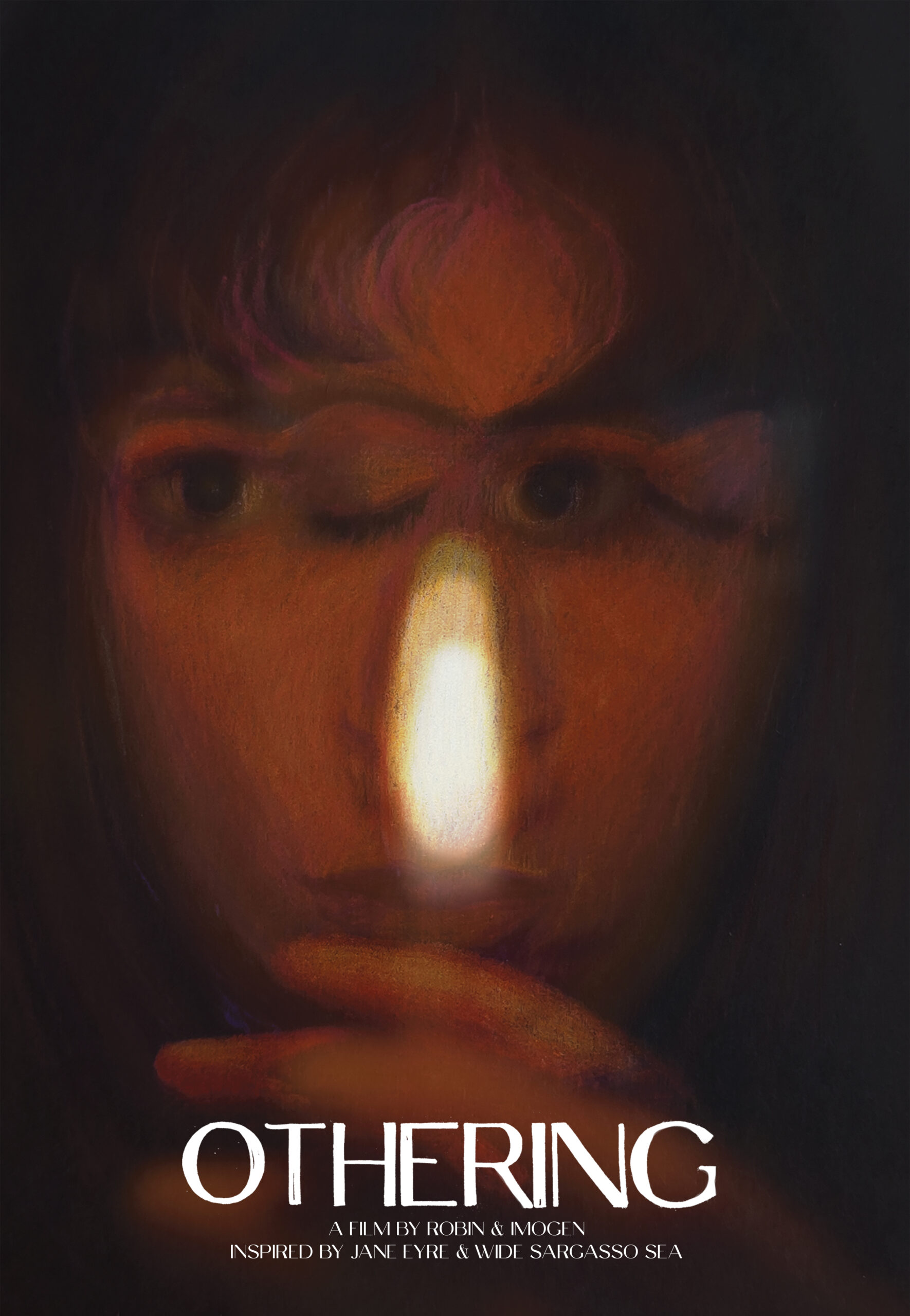 How did you get into filmmaking, and who are your filmmaking heroes?

R: I started to discover my passion for Film when I was 13 – I think when I noticed directors with a distinct style I started to see it as an art form and craft as well entertainment. Also I can’t give enough thanks to my music teacher and his husband who leant me their Godfather trilogy and Hitchcock boxsets, which really set me off on my discovery of cinema. A few years later I started experimenting and making short films with friends. My filmmaking heroes I would say are definitely Lynch and Kieślowski.

I: Filmmaking was something that I had always wanted to do growing up, but never really had the tools or knowledge to properly pursue it — so instead I wrote novels. This allowed me to create compelling characters, worlds and stories through my writing, and also meant that I could see a work through to its completion without having to get a crew together and shoot it. It wasn’t until I was 21 that I actually decided to pursue filmmaking and script writing, and I couldn’t love it more. My biggest influences are David Lynch, Charlie Kaufman and French New Wave cinema.

Where did the concept for ‘Othering‘ come from?

R: When we got round to conceiving ‘Othering’ we knew for a while we were desperate to shoot something ourselves, without a budget, if we had to be the entire crew that was okay — we just had to get out there and make something. When we got to early March we knew a lockdown would happen sooner or later and that’s when we started brainstorming ideas based on what we knew we’d have access to. It was a very spontaneous way of developing a short film which reminded me of making home movies with friends growing up. Although we had planned out the majority of the film before shooting, some of the scenes we came up with in the middle of production. A lot of it was following our gut and knowing we had time to make it work.

What did you want to convey?

I: Being in lockdown for the entire process, we wanted to tell a story about isolation, and of being alone with oneself for too long. We were inspired by the idea of the “madwoman in the attic,”  a long-standing trope in literature in which a psychologically complex female character is confined to an attic by a male figure. In Othering, the actress has been sent to an isolated house by her director to rehearse for an adaptation of Wide Sargasso Sea, a novel which explores this idea from the woman’s perspective. We decided to use the symbolism of the novel to get inside the actress’ head, revealing this other, darker part of herself. As she becomes haunted by her Doppelgänger, we see the pressures of the role — and of her place as an actress — become increasingly inescapable.

Were there any challenges in shooting the film?

R: One thing that was challenging sometimes was shooting around four other people and two dogs who were in lockdown with us as well. We definitely learnt a lot about working together as well as working in general. It was quite strange making a project where you’re doing every single aspect yourselves but also splitting those things directly in the middle. Obviously Imogen couldn’t do much of the cinematography as she was in front of the camera, but when it came to elements such as sound design we had to both teach ourselves some of the basics but also divide the work 50/50.

‘Othering’ was recently selected to appear at World London Film Festival – congratulations! How much did you think about the audience’s reaction to your film during the creative process?

I: At the time of shooting, I think we were just so immersed in the process that I wasn’t thinking too much about how it would be received. There was definitely a feeling of just wanting to make a film without overthinking it — we didn’t even write a script. I suppose in post-production I started to worry about the film not having a script, but I think for the story we were trying to tell it’s resulted in something much more open to interpretation.

R: Personally, I felt very lucky as I was able to keep my editing job, being furloughed from April to October. I also feel glad we were able to make this all ourselves, so that’s definitely a plus. But for any larger projects that we had planned that were definitely a write off this year.

I: At the start of lockdown, I was in the middle of a master’s degree in Scriptwriting — and I suppose one advantage of moving back home was having the time to focus on my writing. Getting closer to the end of the year, it’s definitely been harder to be creative when it feels like the industry doesn’t have any space for emerging voices at the moment.

Do you have any advice for wannabe filmmakers?

I: If you have an idea that you want to pursue, don’t wait around for somebody to give you the green light — you have to do it yourself! And beware of industry gatekeepers —  a lot of the creative world is set up to seem inaccessible and people will often tell you “no” without offering any constructive feedback. You just have to not take it personally and keep producing quality work until “no” turns into “yes.”

R: It sounds obvious but I’d say always try and make films you’d want to see yourself – that goes for any art. Also remember to have fun and communicate with your crew!

Lastly, is there anything you’d like people to know before watching ‘Othering‘?

I: Disclaimer: I’ve never acted before.

Following our questions with the two creatives, we set them a quick fire round of questions to do with some of the other things they’ve been enjoying and thinking about over 2020.

Who are you listening to right now?

R: A lot of solo Paul McCartney tracks, but I tend to get obsessed with one song at a time.

I: I recently discovered Shuggie Otis, who I’ve definitely added to my film/TV soundtrack bank.

Best film you’ve watched in 2020?
R: Sexy Beast directed by Jonathan Glazer.
I: I saw The Green Mile for the first time this year and loved it.
Choose three dinner party guests (dead or alive)?
R: I’d prefer them to all be alive please.

I: I think Natasha Lyonne, Nick Kroll and Kyle MacLachlan would be great company.

Got anything to plug?
I: My books, Clarice and Violet Minded
Check out the pair’s short film ‘Othering‘ below! And head over to their Instagram’s to keep up to date with their creative endeavours.
Sophie Wyatt2020-12-15T17:29:04+00:00