The eccentric and colourful Josie Man on her latest single ‘Grow’, ‘Identity-Pop’, and her journey to self-love

Exuding positive vibes, bright colours and uniqueness (both with her music and outfits), we spoke to the wonderfully talented Josie Man. One of four sisters, Josie has grown up with plenty of different influences as well as a lot of love that shines through in her upbeat and truthful tunes. With songs about the closeness of her family to her personal growth, each song gives her listeners a window into a different aspect of her life. As the second lockdown is kicked into gear, we sat down through zoom with the rising star to talk about her inspirations, self-love and her newly released song ‘Grow‘. 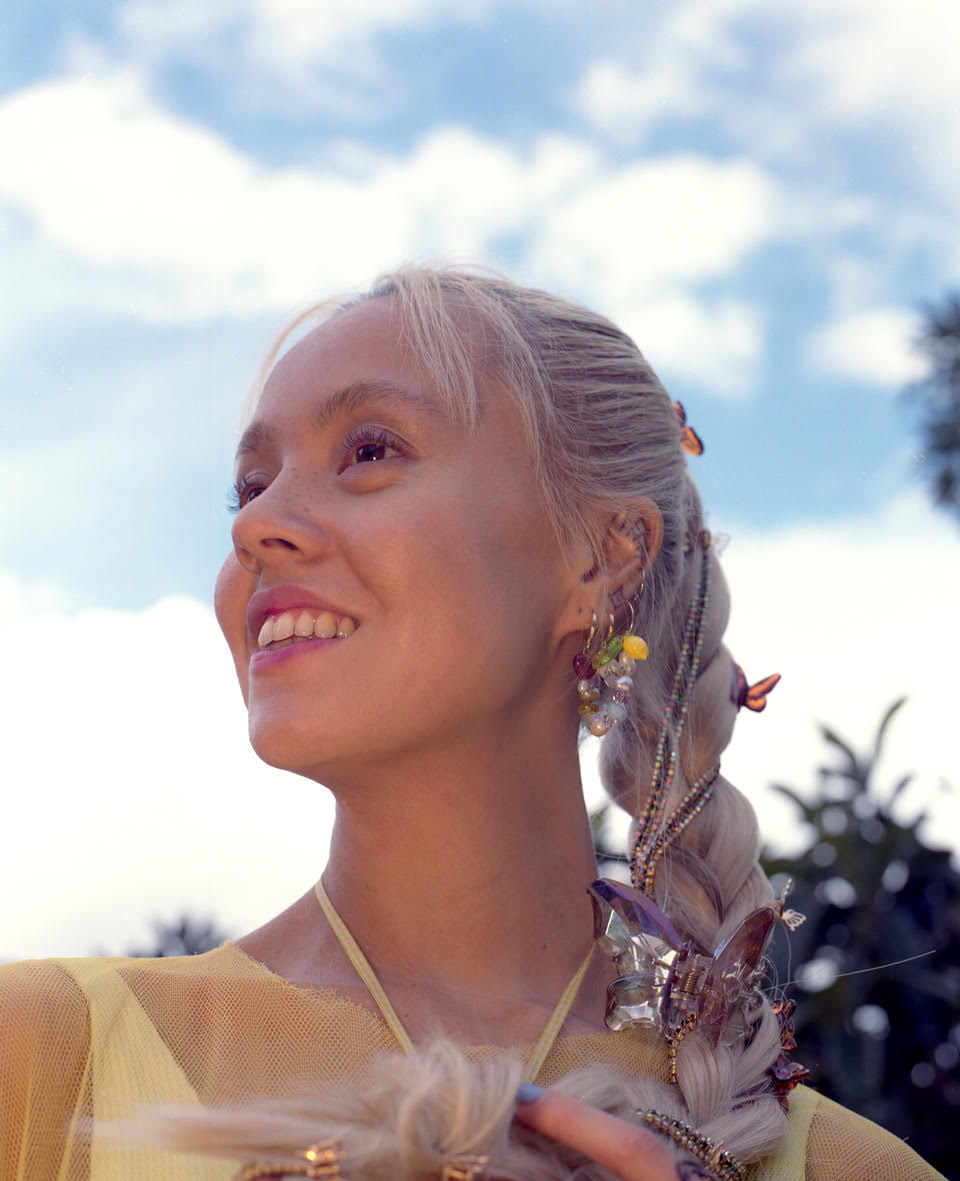 Even through a computer screen, Josie Man’s bright, animated personality shone through. Sitting in her family home, bright green scrunchie tying up her hair, Josie immediately seemed comfortable talking about some of the factors of her life that she cherishes most deeply. Diving into memories that she holds dear, she told us about the first prominent memories of music she associates with being with her family.

‘My first memories of music are just being in the car. So there’s six of us in the family, and my mum had this massive Chrysler. So my first memory of music is just sitting in there with it really loud and singing along with my family. We’d either listen to something really old like The Bee Gee’s or Fleetwood Mac. But then we’d listen to High School Musical or like Avril Lavigne and Rihanna. So it was a massive range of music. I think growing up my favourite was Avril Lavigne, something about her that just mesmerised me I was like she is so cool. She was just great. Or maybe Rihanna, they are completely different artists I just loved them.’

Growing up in a house of so many people, Josie has forever found herself in a whirlwind of different tastes in fashion, food and most importantly music. After already being introduced to a range of classic older music while developing a love for modern pop music, it’s no surprise that the sounds that Josie eventually began to create are full of unique melodies that combine all her loves. She explained to us that her music is very much influenced by the tight-knit family she has around her.

‘I think because we all listen to different music as well, there’s always been such a big range and I’m just used to loads of noise. There’s no one in at the minute and this is the quietest it’s been in ages. Having such a wide range helped me because it meant that I wasn’t just into one genre. We do all listen to the same sort of stuff, but my little sister will bring in like Grime and then my other sister will bring in Soul and then my other sister is more like Jungle or like Easy Life. There’s loads of different things going on’, she laughed. ‘As a family we’re very close, I’m obsessed with love and I pick up what I see. I think that’s what I use with my music.’

A prominent theme on Josie’s social media is that of self-love. Josie invites her audience to not only use her chosen rituals to practice their own self-love, but also gives them a window into her own internal journey. Whether it is a virtual catch-up or a live video covering a meaningful song, Josie takes a lot of thought when it comes to helping her listeners finding tranquility within themselves. We asked how this internal journey towards self-love has been going over this year of turmoil. 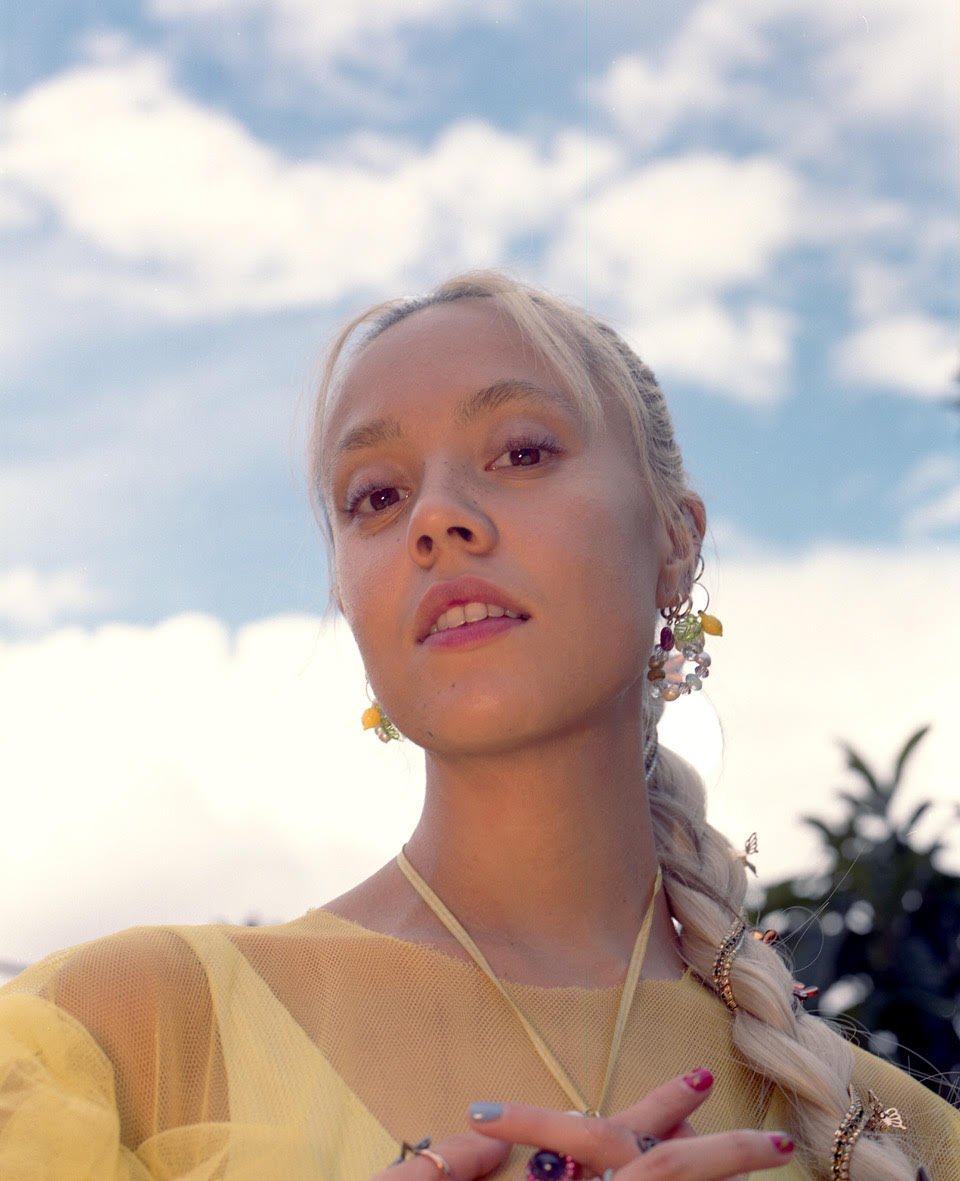 ‘I mean I go in and out of it especially now. But I feel like when I’m out of it, I’m only out of it because I’m growing. And you sometimes have to go through harder bits to be like, oh ok I really rate myself. I think to try and keep calm I focus on what’s around me and look within myself to find calmness. I used to look externally for things that calm me but then I realised I have to look within myself to find that. So that’s what I’m trying to do at the minute, it’s quite hard.’

Having already established her online presence pre-covid, Josie has grown a fanbase both for her music and for her all round personality. However, like many musicians, artists and online personalities, Josie found herself under a lot of pressure to keep up with this content.

‘That’s a good question. I feel like because I was doing self-love lockdown videos, it did get to the stage where I was like I actually need to do some work on myself because I hadn’t done any in a while. Then when I am able to share things that I know will help people, I’ll be able to do it in a true way. I love helping people, but I don’t feel like I can keep helping people if I need to help myself. So yeah it has been quite stressful’.

You only need to take one look at Josie’s Instagram to understand that another of her passions lies in fashion. From jewel-encrusted headbands to fluffy, baby pink gilets, Josie’s unique and colourful wardrobe perfectly parallels her music. She went on to give us an insight into when her love for clothes began.

‘I think from really, really young. It’s really weird, I used to love the sound of materials on me and the sounds of my earrings and things. And I used to be obsessed with Bratz dolls. I loved how you could have one Bratz doll and put the top onto the other one and you could dress them up. So I think that’s also where it came from, just dressing things up. And do you remember that website, I think it was Stardoll or something? Where you could dress up the people, I used to literally be on that for hours. I hope it’s still there.’

Not only is she constantly covered in mesmerising clothing, Josie also sports several tattoos. As we got into conversation about which are her favourites, she told us that her collection is not finished just yet; she has big plans for future artworks.

‘I think I have 20 now. I love them all but I think my favourite is either my hands, or the tiger on my leg. They’re just done really well. I’m hoping to get my back done when we come out of lockdown. There’s this girl on Instagram that I got this one done by’, she said pointing at her forearm. ‘So we were speaking and we realised that we were both doing the same sound healing sessions over lockdown, it was so weird I don’t even know how we got onto the conversation. But because we connected in that way, I feel like if I get a tattoo from her it’s more than just getting a tattoo. But it is going to really hurt.’

Last week Josie released her eagerly awaited single ‘Grow’. Much like her social media, the song takes on a strong theme of understanding yourself and continuing to accept growth. Josie gave us an insight into what prompted the single.

‘So I wrote that song last October, and it was actually going to go on my first EP but it wasn’t ready yet. I wrote that with Josh who is the producer and Hannah Yadi who is a songwriter. We’re all very close and very open with each other and all in relationships. I feel like we’re all on the same page energy wise. And that day Hannah and I just looked at each other and burst into tears, so we knew that we needed to write something so that we could turn this emotion into a song. And at the time we were going through a tough time in the industry and we felt like we’d lost ourselves. But we had to lose ourselves and become a bit vulnerable to grow from that situation. So it’s basically about how we do have to go through hard times so that we can look back and be a stronger person.’

Josie’s growing collection of tracks are always promised to let the listener in on a little bit more of her life and thoughts. Her single ‘4 in a row’, tells a story of herself and her three sisters being bought up by their loving parents, and her latest single ‘Grow’ talks about how she has realised she must let herself do just that. Instead of refining her music to just one genre (as it seems harder to do for most artists in a ever growing mixed-genre world), we asked Josie to sum up her music in one sentence.

‘So there is a phrase that we use, ‘Identity-Pop’. And I like that, because it’s kind of just my mood of how I feel that day. It’s just basically me but as music.’

Finally we asked Josie the question that seems harder and harder to answer in this ever changing climate; what do you have planned for the future?

‘Well I’ve got a single coming out either the end of this year or the beginning of next year. And then I’ve got another single, and then an EP. And I wanted to direct my next music video so hopefully I’ll be able to do that. I hope as well that I’ll be able to do some live things, because I love singing live but I just don’t know about that. I did one live performance. I did Annie Mac Presents in March, like literally the week before lockdown. So yeah that was the only one I got to do.’

To dive into Josie’s colourful social media world, head over to her Instagram. And to hear more of her ‘identity-pop’ tracks go check out her Spotify page.