In the current climate of the world in which many of us are isolated from friends and loved ones, art can be a saviour. Especially fun, witty, colourful art that brings a child-like sense of nostalgia to us in a time of confusion about the future. Tess Smith-Roberts specialises in just that. At the young age of 23, Tess has made her mark in the art world with her bold illustrations filled with colour and happiness. We spoke to the flourishing artist about her instantly recognisable style, recent collabs and how lockdown has and will effect her passion. 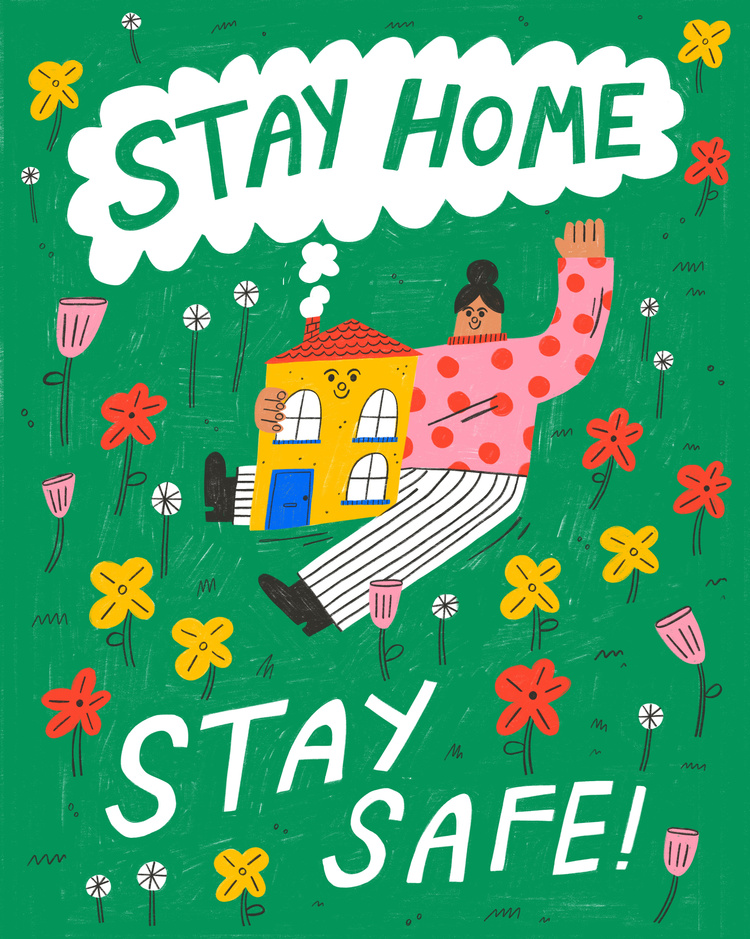 Originally from Norwich, Norfolk but now residing in London, Tess explained to us that she has loved creating art from a young age. We asked her what her first memories of art are. ‘When I was a kid in school. I remember drawing a spider with oil pastels and I only gave him 6 legs.‘

From illustrations of people dancing to a bowl full of fruit all sporting different facial expressions, Tess’ brightly coloured illustrations constantly bring smiles to people’s faces. Tess told us that this style of drawing has always come naturally to her and is what she feels comfortable doing. ‘Can I say yes to both?’ she laughed. ‘When I first started drawing properly it was quite different to what it is now, more textured and more animals and stuff, but it still had similar colours I guess, and other elements. So from there it naturally progressed to what it looks like now. I’ve always like bold & colourful things so I guess it was just natural to draw in this way too!‘ 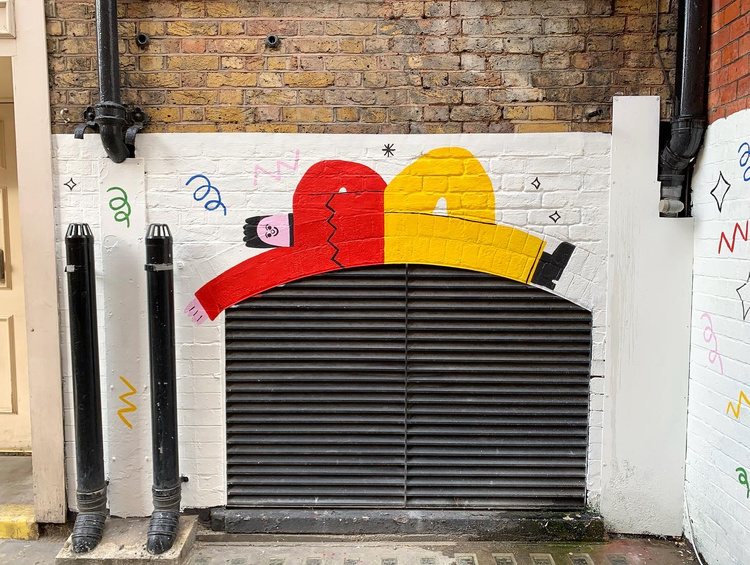 Aside from creating her own illustrations and other colourful pieces including sculptures, crockery and jewellery, Tess has also been asked to collab with a number of different companies. One being the highly popular brand which produces bottles, coffee cups and lunch boxes with the aim to ‘accelerate the adoption and everyday use of reusable products‘. Much like Tess’ work, Chilly’s uses their products as canvas’s for bright colours and eye-catching patterns, so it is no surprise that Tess was asked to create her own design for one of their reusable bottles. ‘Chilly’s is my fave collab that I’ve done! So so surreal and just such a dream! They just emailed me and asked if I wanted to work with them. At first I didn’t think it was real, but turns out it was!‘

Tess also had the chance to paint some of her smiling, dancing, colourful characters on the walls of Mayfair, London. The murals created a lot of buzz around Tess’ artwork as well as bringing happiness to people who passed it in the summer, after a pretty distressing year (to say the least). While some artists found the lockdown confusing and felt a lot of pressure to be productive, Tess explained that she found tranquility in being able to lose herself in her gleeful and carefree drawings. ‘I think I found it quite calming due to the fact that I had so much time to do my own personal work, which was really enjoyable, and there was no pressure on that. But I did get a bit stressed about my lack of work, but I think that was the same for most people.‘

Head over to Tess’ Instagram to see more of her funky drawings and to find out more about her future art plans.