British newcomer Taura Lamb has recently released her debut album ‘Revisions‘. The album has solidified the young singers place in the UK music scene, and has further excited eagerly awaiting fans. Since beginning her music career in 2020, Taura has had a very different, and at times difficult experience entering the music industry thanks to the pandemic. Stripping back her songs and finding a emotive balance of jazz piano, R&B melodies and relaxed pop lyrics, this is just the beginning for Taura Lamb. We caught up wit Taura to discuss her debut album,  her unique mix of sounds and what we can expect to see from her in the future.

While Taura may not have the most lengthy experience of creating music, she certainly makes up for that with a extensive love for nostalgic music. She gave us an image of the music she was brought up with and how that impacted her childhood. 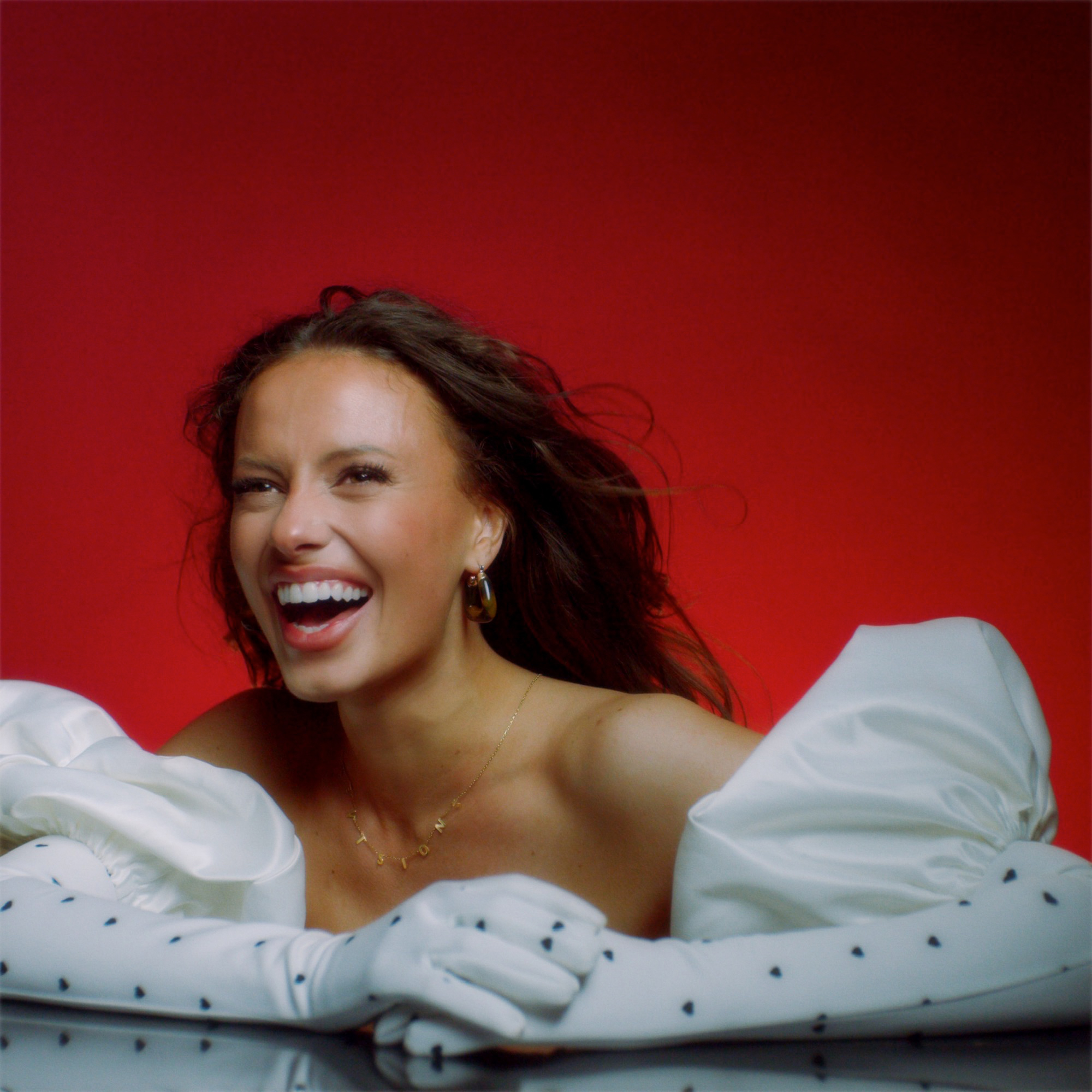 Photo by Will Warr (@willwarr)

‘I feel as though music played a very big part in my childhood and often triggers some very happy memories. I’ve got 3 sisters and my Mum always said she could never ever wake us up so she used to blare music out as loud as she could every morning before school… slightly stressful but also pretty fun! As a child I listened to all the classics – Queen, Dolly Parton, Elvis, Whitney Houston, (does Wheatus count as a classic? I think so) and my Dad would have Van Morrison on at every other opportunity. As I grew up, I got onto a major pop hype. The only word I could use is OBSESSED. Britney, Beyonce, and Rihanna were my ultimate favourites (I also had a very severe case of Bieber fever), and then I got stuck on the more pop/R&B side and have stayed there ever since. Ne-yo, TLC, Destiny’s Child, Ashanti, Aaliyah, Tamia… I could go on forever. Although the first album I actually bought myself was The Very Best of Peter Andre…slightly less expected but I think I still stand by the decision.’

‘I think I’m slightly more directly influenced by the more R&B style artists I listen to now, but I think my deep love for the pop classics definitely show through. I feel very inspired when I listen to people like Victoria Monet (& basically anything D’Mile has produced), Banks, Mahalia, Bree Runway, that kind of contemporary R&B. I also love the more pop infused stuff, like Kehlani, Shura, Ariana Grande, those kind of styles. I was also in 4 classical choirs at school (I was that girl), and my Grandad was big into Jazz (he still plays clarinet in his Jazz band today) and somehow put up with me and my sisters singing along to Ella Fitzgerald’s Who’s Sorry Now for many hours on end. So I had loads of different influences growing up, and I think a lot of it leaks into the music I’m making now.’

As she explained earlier, Taura likes to use a range of sounds from different genres to create her unique, instantly recognisable tunes. So to confine her music to just one genre would be inexcusable. We asked her to sum up what she thinks her music covers as a whole.

‘I would sum it up as R&B infused pop music really. I would say it of course changes slightly wherever you jump in, for example I think ‘Miss Me’ and ‘Beat Kicks In’ really fit into that R&B zone, and ‘Post Your Body’ and ‘Love Song’ are a lot more in the pop world. But over all, I like to think of it as a nice amalgamation of the two.’

With such a knowledge of different artists and passion for combining sounds, we wanted to know where Taura wants to go next with extending that knowledge. Will she learn guitar? Will she start to collab more? What musical avenues does she want to explore next?

‘That’s an exciting thought, I’m really really looking forward to focusing on writing again and exploring some new avenues. I think I have a pretty poppy way of writing, so I always try to add a bit more of an R&B style to my production in order to balance it out a touch, but I definitely haven’t mastered that yet. I produced my first EP ‘Lucky Girls‘ and a few tracks on ‘Revisions‘, but I’d like to really improve on that skill over the next few years. I’m also really excited to try out some new live set-ups too, and be a bit more experimental in that aspect of things.’

‘Revisions‘ is a collection of 10 tracks that Taura has been working on for a considerable amount of time. Having to write, create and produce over a number of national lockdowns was not the easiest thing to do, as you can imagine. But Taura made it work. The flourishing artist went into more detail of how the album came to be and what it means to her.

”Revisions‘ has sort of accidentally been a process of many years. Some of the songs I wrote a long time ago (I think I wrote Responsible in 2016!!) and have been pulled apart and re-written and re-produced through the 2020/2021 lockdowns, and some are songs that I wrote a month before release with producers over zoom that I still haven’t even met yet. Due to all this back and forth, and a lot of writing virtually over emails and FaceTime through the pandemic, most of the tracks sound completely different to how they did when they were originally written. They’ve had many ‘revisions’ to get to where they sound today.

As my first EP was written and produced entirely alone, I wanted to collaborate with as many people as possible… I decided this about a week before the pandemic hit, so not the world’s best timing! However, in the end, ‘Revisions‘ has 10 different producers involved and many more collaborators, so even though it was not the process I initially imagined for my second collection, I really feel as though I reached my goal as an artist, and we reached the sound I was striving for as a collective. We created smooth R&B pop music that can be personal and vulnerable and strong and empowering depending on which part of the journey you tune in. As a whole, it’s all about development and growth. It’s about adapting and working with your strengths, and it’s a bit of a reminder that sometimes an unexpected change can result in some good.’

After such an exciting launch into the music career, we can’t wait to see what is next from Taura. She explained to us that while she has been gradually releasing her album she has been working hard on more music to surprise her fans with. As well as a number of exciting shows in the pipe line.

”Revisions‘ has been leaking out for a long time, since last June, so I actually have some new music already lined up that I’m very excited about! I’m going to write as much as I can over the next few months, and give ‘Revisions‘ a chance to breath after 10 months of singles. I’m looking forward to playing a lot more live shows over that period too (I had my first show in 2 years the other week and I suddenly remembered playing live is actually fun!!) and I’d like to start trying out some of the new music at those shows too.’

Head over to Taura Lamb’s Spotify page to hear her debut album ‘Revisions‘ in full.