Spike Lee’s newest Netflix-aired production ‘Da 5 Bloods’ is a vietnam-based fusion of friendship, greed and emotion. We watch 4 friends return to an old war site to recover the remains of a friend – and a stash of hidden gold. But when old memories reignite and greed kicks in, will the old friends remain friends for long?

Released earlier this year, Spike Lee has not held back with his newest masterpiece. Matching the chaos of the world at the moment, ‘Da 5 Bloods’, takes a lot of twists and turns synonymous with it’s director. Relating back to several iconic movie moments, as well as historical Black Lives Matter movements, we are taken on a journey with it’s four protagonists. 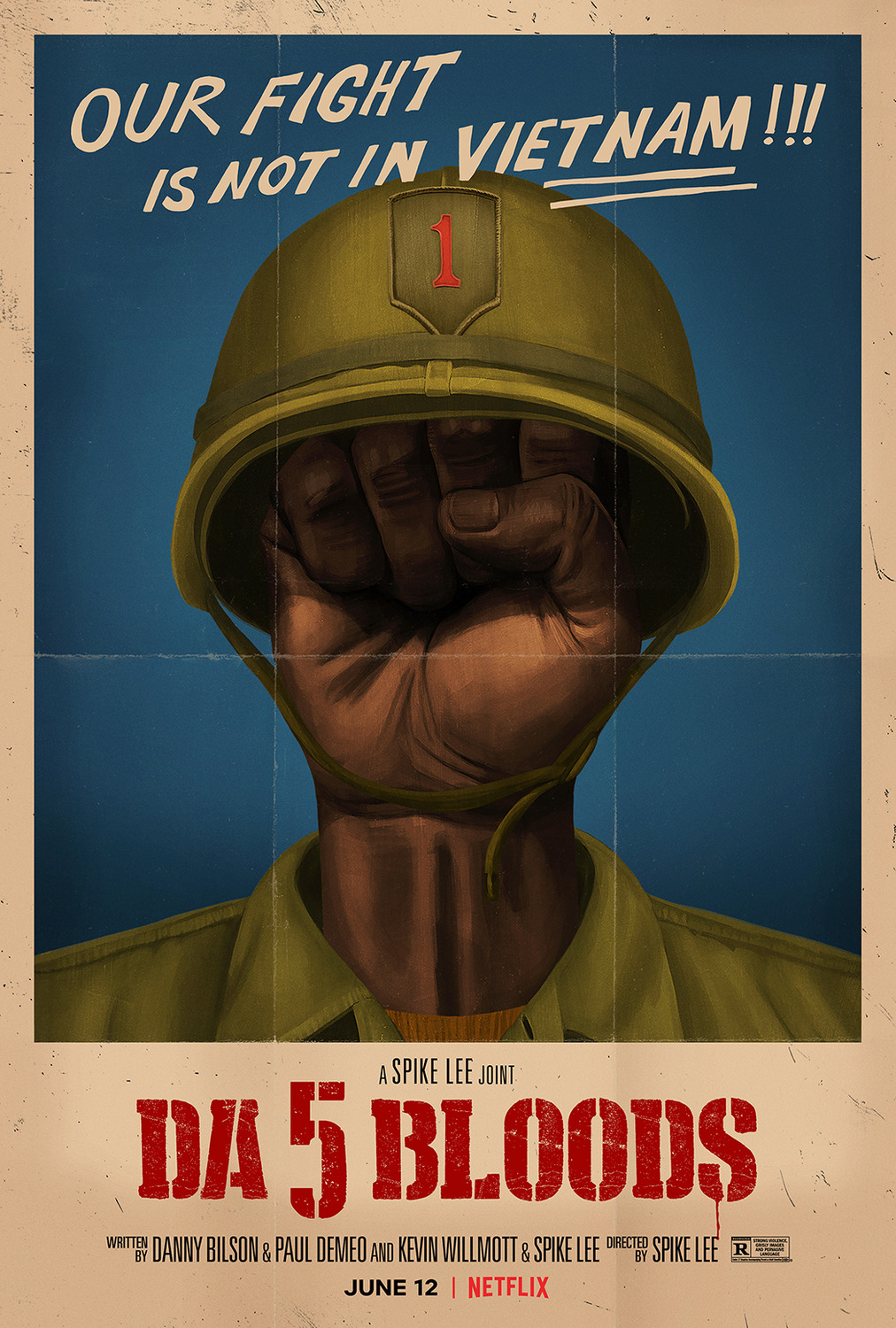 The four main characters, nicknamed ‘The Bloods’, are made up of Paul (Delroy Lindo), Melvin (Isiah Whitlock Jr.), Otis (Clarke Peters), and Eddie (Norm Lewis). The war veterans are on the cusp of old age when they decide to head back to the place they lost their fifth ‘blood’ on a mission of not only returning him, but a share in some lost treasure, originally placed there to pay Southern Vietnamese troops. During flash-backs to their idealised late friend Norman (Chadwick Boseman), the aging war heroes do not differ much in looks or indeed stamina. Emphasising the idea that African-American men were being sent out on the front line even if they lacked the physical strength. While not being able to avoid being drafted, as well as not knowing any contacts within the government/army that could help them avoid it, black men were often put into the most dangerous and life-risking positions. When it is heard on the radio that Martin Luther King Jr. has been assassinated, the four main characters rise, guns in hand, with the idea to take revenge against their white racist counterparts in the army. However Norman uses this influence over them to assure them that fighting physically is not the way, and that mutiny is just what they’re superiors want.

As the old friends work out what means more to them, friendship or fortune, we see the characters both physical and mental health start to deteriorate. Lee uses old school music to parallel the return to an old war site with the dramatic filter change of the modern day. Whilst the music indicates an older, less graphic storyline, the modern day story manipulates the sounds to fit with it’s violent fight scenes. It’s also refreshing to see the same actors play their younger selves in flashback fighting scenes, while their late comrade Chadwick Boseman looks as if he could be their son. Like a lot of Spike Lee’s creations, Da 5 Bloods is packed full of visuals and storylines that invite confusing and different emotions. Dipping into archived clips and stories, the storyline comes to life as Lee teaches some as well as reminding others of the different time, while also highlighting how in fact not much has changed at all. Like many of Lee’s other films, Black trauma is at the forefront.

The films was originally meant to take on a much different storyline, in which it followed around white Vietnam veterans on a later mission. It wasn’t until the original director (Oliver Stone) dropped out of the film that Lee found it and with the help of writing partner Kevin Wilmott they transformed it into a differing story. Lee’s Oscar-winning film ‘BlacKkKlansman‘ followed a similar creation story after Lee came across the 2018 film’s script.