Starting out in Brighton via Bristol and Bradford, Normanton Street are the compelling hip-hop-soul trio you need to know about. Beginning their musical journey back in 2011, the three friends have been able to grow both within themselves and their talents to produce the unique and instantly distinctive sound we know today. We got the chance to catch up with the flourishing artists to hear more about their passion for their craft and newest track ‘Grace’, featuring The Bradford Youth Orchestra.

After meeting each other years ago, Ned, Phoebe and Nicholson have continued to figure out the world together, both in life and music. The three friends have developed a unique blend of hip-hop and soul which has attracted a huge audience around the world. So, where did it all begin?

Nicholson: ‘We started in 2011 playing open mics and small gigs in Brighton and London. We had quite a few lineup changes and from around 2014 things started to progress. In the early days we didn’t really know what we needed to do to get gigs, promo and whatnot. We’ve always learnt by trial and error but we still here.’

And of course our next question was, why ‘Nicholson Street’?

Ned: ‘Me and Nicholson actually used to live on no 1. Normanton Street when we first moved to Brighton with 2 other guys. We started to perform at Open mics and because we had no name we used the name of our street as it was on top of the house we rented.’ 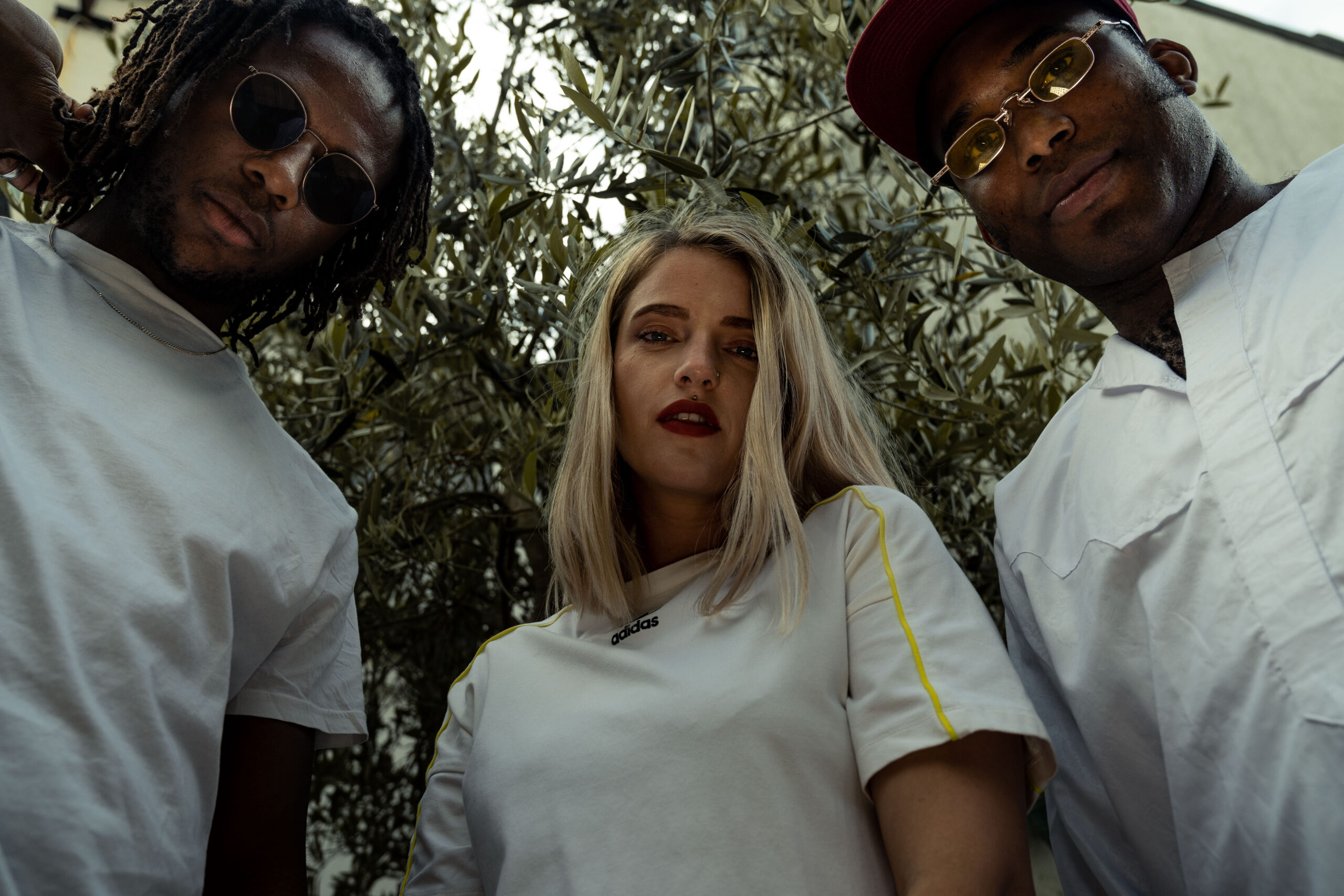 Lockdowns have been hard to say the least. And when you’re part of a musical group, these struggles have been amplified. Not only did the trio face the cancellation of shows and festivals, they were also stuck social distancing from each other. However, while Phoebe acknowledged her desire to get back on stage, she also explained to us some of the advantages she faced over the past year and a half.

Phoebe: ‘For me it has been really good that I have the ability to record at home during the pandemic. This has meant that I can still write and record songs and be creative in that way! I miss performing so much though. There is nothing like it and I can’t wait to get back on stage.’

Genre as we once knew it is becoming obsolete. Rather than confining your music to just one genre, how would you describe your music in a sentence? (or more).

The trio’s latest track is like nothing they have ever done before. ‘Grace’ exhibits the trio’s musical talents, soothing vocals and collaborative qualities. While Ned and Nicholson’s musical style still shines through, the trio also brought in a range of different tones from The Bradford Youth Orchestra. Phoebe and Ned explained to us a bit more about the track itself and why it was so important for them to spotlight the youth orchestra.

Phoebe: ‘Grace is about putting someone on a pedestal, and them not living up to your expectations. All the anger and emotion that comes with that.’

Ned: ‘Me and Nicholson are from Bradford, and a few years back we spoke to the organisers at the festival there about doing a performance in the city. We were asked to connect with the orchestra for a one off show. We were struck by how good they were so we proposed to do a recording with them. One of the songs we put the arrangements on is ‘Grace’.’

Working creatively within a team can sometimes cause rifts and disagreements, but after so many years of friendship Ned, Phoebe and Nicholson have developed a bond that goes much further than just their musical preferences. They explained to us each of their different inspirations and how they each compliment the other.

Nicholson: ‘Some of our songs are inspired by romantic relationships as you can imagine but a lot of our stuff is about our families and friends. I think the people around us and their lives inspire us quite a bit.’

Phoebe: ‘Singing is all I have ever known, my inspiration to write music comes from everything around me, I write about things I know and feel.’

Ned: ‘I’m inspired by everyday life, my constant trips to the south of Nigeria also serves as an inspiration. I am blessed to be from Bradford / Brighton in the UK and from Uyo / Calabar in Nigeria. All these places that I’m at serve me with ample ammunition as a songwriter.’

As we finished the interview, it was only natural that we were curious as to what’s next for the exciting trio. Each year has brought with it new opportunities and obstacles for the group of friends, and this year has been no different. However Ned reassured us that this is far from the end of Normanton Street.

Ned: ‘The future is bright for the band. We’ve been playing for a while together now so we are now more like family. We will always be putting out new sounds when we feel like it and jump on stage when we can.‘

Head over to Normanton Street’s Spotify page to listen to more of their genre-blending tunes, including their brand new track ‘Grace’, featuring The Bradford Youth Orchestra.