Speaking to us from Greece, after escaping for part of lockdown, singer-songwriter Stella Talpo talked us through her musical awakening, how she has used dancing to try and reconnect people in an isolating time and the future of her thoughtful and feel-good music.

After being born in a small town next to Milan to two Italian parents, growing up in Singapore before then moving to the UK and following her love of music, Stella Talpo has gained a lot of interesting life experience. The soulful musician has been releasing music for the past four years, and since starting to create her own tunes has grown a loyal fan base. Her emotional and truthful lyrics take listeners on a journey to not only the inner workings of her mind but also her thoughts on what is going on around her in the world. 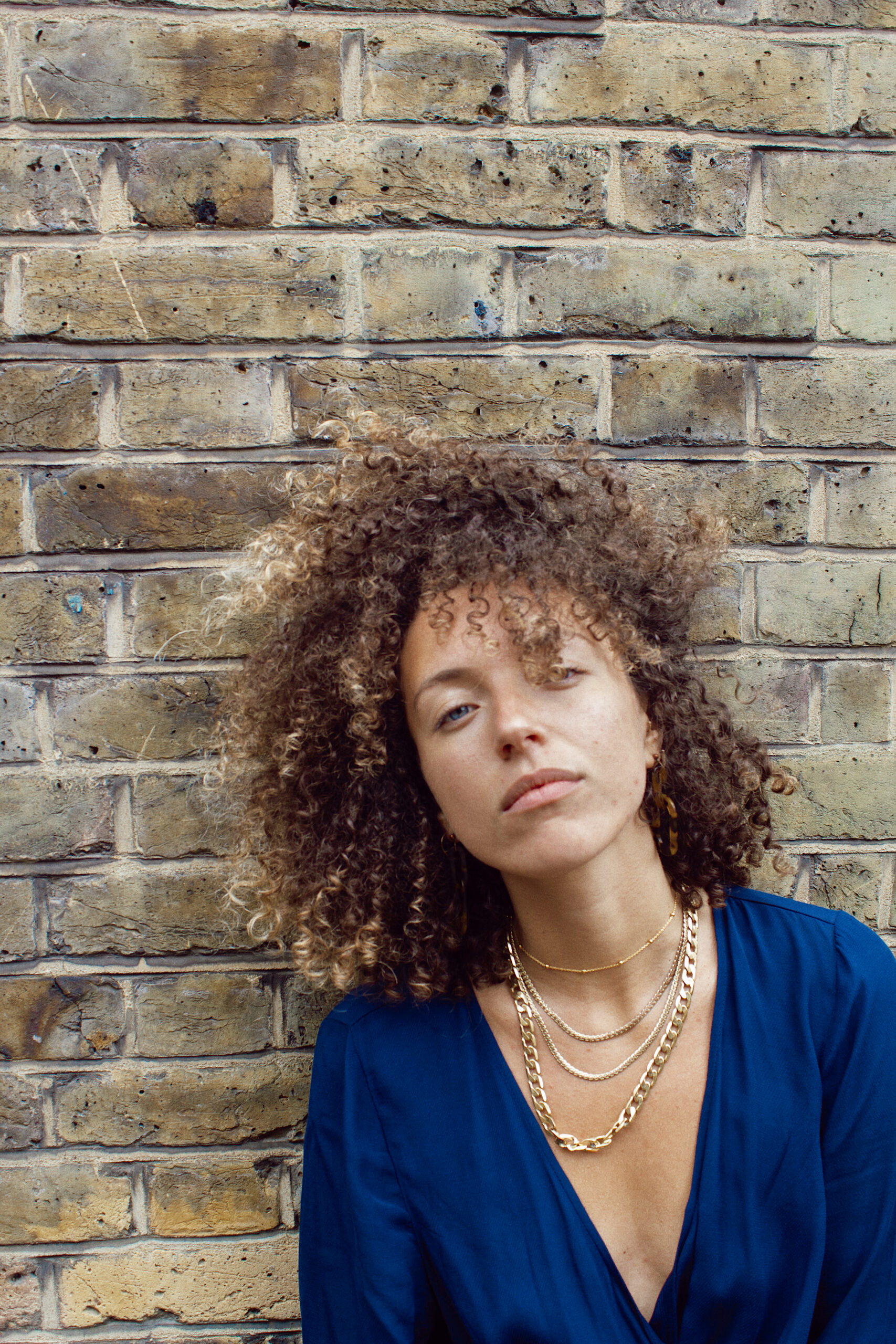 Now twenty-eight years old, Stella explained to us that her love for music has been apparent for as long as she can remember. Although slightly hesitant to explain where this love for music originated, she went on to tell us about her first musical obsession. ‘I hate answering this question, because if I’m brutally honest I was about five years-old and wanting to be Britney Spears. I think that I always wanted to be a performer and always wanted to be on stage. I used to write songs into those recording tape things, and I used to just always make sound basically. I had a love affair with Britney Spears for many many years, I mean obsessed. Every single inch of my wall was covered. I was obsessed but it was also back in the day when you had less access to people you idolised. It felt like such a huge degree of separation and also putting America and pop culture on a pedestal at the time because I was just on this tiny island that had none of this. It wasn’t until I was about 11 or 12 that I realised I wanted to be a respectable musician, so I picked up a guitar and that kind of began that. I think the trajectory had always been that way, it was just a case of finding my feet in terms of what kind of artist I wanted to be. Which I think is even more challenging because in Singapore you have no music scene, there’s not really any subcultures that can give you some sort of sense of belonging. So I think I really struggled with that and the reason why I feel behind compared to other artists. Because I’ve had to start from scratch when I moved to England. I moved here when I was 19 and I just feel like I’ve had to do everything that other people would’ve done in their teens.’

Like many of us, Stella’s music taste developed through a lot of different adolescent stages. However she was also faced with a kind of catch up game in which she had much more music to experience after living in a country with a very limited music scene. ‘It changed a lot over the years. I think that when I started going into music seriously I was going through a serious Nirvana phase. Like classic rock, Guns ‘n’ Roses, Nirvana, Elvis Presley, Billy Holliday. I went very very much retro but more in the rock way. And then I was obsessed with folk music, artists like Ray La Montagne and then Paolo Nutini and stuff like that. And then Amy Winehouse happened, I think she changed a lot for me. So I think it’s that progression, I went from being purely commercial pop obsessed to growing up basically.’

Stella’s soulful voice and moving tunes are hard to pinpoint in terms of genre. While she falls into the UK R&B category in some instances, it’s clear to hear that her music is much more experimental and combines to many sounds to be labeled in just one musical bracket. We asked the musician where she thinks her music sits within genres.’We’re really struggling to figure out what we can call it without mis-leading people. I don’t personally feel that I’m traditionally soul or R&B, because there’s a lot more musical nuance that comes into those genres that I can’t necessarily own. But currently we’ve gone with ‘Alternative-Pop-R&B’, because it is very ALT. There is a lot of soul and R&B influence that came into my life later on.’ 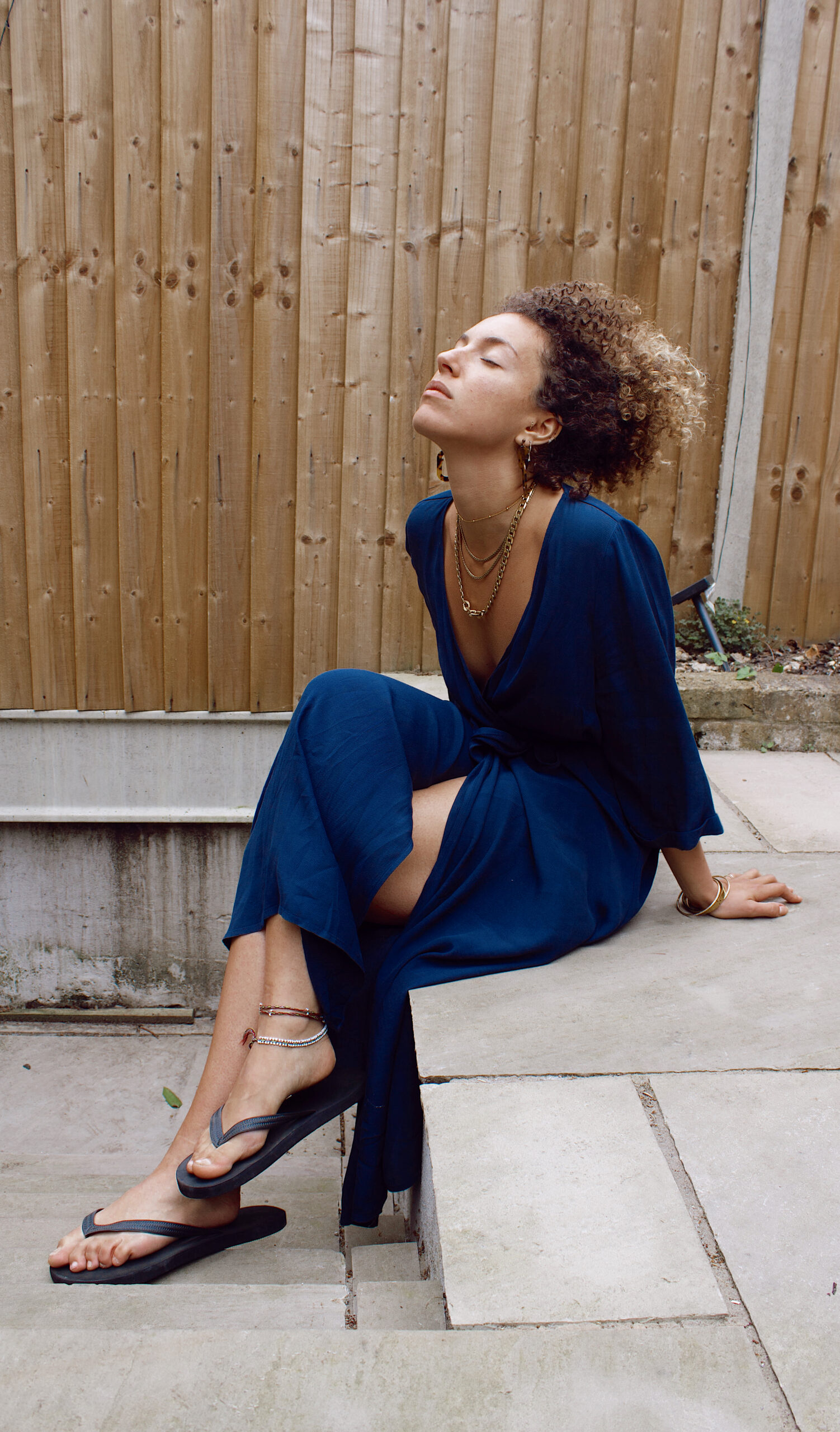 With such calming and moving lyrics, it’s not surprising that Stella does not have a strict routine in which she creates music. She explained to us that it varies with each tune she makes. ‘It depends. I usually really like to have the sound underneath to the instrumental to guide the writing process, because I like to be given a vibe. I sometimes come prepared with lyrics, because I’ll have stuff that I’ve written down or like vented. And then I’ll go to my collaborator/producer/best friend Johnny and he’ll usually have an instrumental ready, or recently I’ve been studying music production so I’ve been trying to come up with the instrumentals as well and then that kind of dictates where the song goes. Giving a producer so much power about direction can be frustrating, but what’s really great is that Johnny and I find each other on par. So our sonic desires have always matched in the sense that I remember one time thinking to myself, because I used to do much slower music, I would like to be more upbeat, more groovy; I want the music to indicate where I’m going as a person because I used to be a lot more nostalgic and melancholy whereas now I feel like I want to have fun and I want music to make people feel good. And I didn’t even communicate that to him and I remember coming back to the studio one say and he was like ‘I don’t know if you’re going to like this but I just feel like this is where we should go’, and that was the instrumental for ‘Easy‘, which we’d written acoustically a year before that. But he just made it so groovy, and I just looked at him and thought ‘Thank God, you understand what I want’. I always call us the ‘Brain Twins’. I am very very grateful for our partnership, I don’t know what kind of music I’d be making without him.’

While 2020 carries on in it’s unpredictability, artists are having to get used to what the new norm is starting to look like for the creative world. This includes dealing with the move from performing live to performing online. Stella explained that while it has been a disappointing time she is focusing on the positives within it. ‘I loved performing live and I’ve really missed it, I’ve missed being with my band. Obviously it’s just never going to be a comparison because there’s an energy you get expressing yourself live that you wouldn’t get on video. I really like the way that it’s challenged me though, because although pre-covid I was even more busy so wouldn’t have been able to put out as much content as I have this year, I had to push myself past certain limitations or boundaries because it’s what the situation required of me. I learnt a lot about how I believe I can’t do something and that stops me from doing that thing, whereas when I’m pushed into a corner and I have to take action I can. For some reason I love to stress myself out’, she laughed. ‘But it’s been nice to learn that. And it’s also been such a learning curve in terms of the music videos. We’ve always thought that I’d had to outsource and sort of break my back saving money to pay for a whole team. And I realise that I did film studies, I’m really good at video editing and stuff, so I can use myself in more ways than I was before. And I really enjoyed that part, although it was really exhausting it was so fun to think outside the box and push yourself when you feel most uncomfortable.’

As well as cancellations of live shows this year, artists have also been very limited in terms of creating visual art such as music videos. However, Stella has used this isolated time to try and bring everyone together through the art of dance, while also fulfilling her audiences need for content. ‘I’m actually really bad at audience engagement, it’s one of those things that just doesn’t come naturally. So one of those things like I said before that I think I can’t do but obviously can. And when Covid happened, I was like oh my gosh I’m not going to be able to make any content outside of my home, which is why we made the baby photos the covers actually. So for ‘Mona‘, I decided to do an outreach which we did on Instagram and Daisy app, which is Maisie William’s app, for people to make their own music video for the song. And then ‘Shark‘ is about fear, and feeling uncomfortable but doing it anyway, and I know people find it really uncomfortable to dance. Even more so on camera where someone can watch you back. I love to dance but I know some people might find it challenging, so I thought how wonderful would it be in a time where we’re all alone to feel like we’re dancing together. To take something really terrifying and uncomfortable and weird and compile it to make a visual representation of not giving a fuck about being vulnerable basically. Because none of it was choreographed, and I was so shocked by how many submissions I got that just went in and did not care about how they came across or what people would think. It really lit up my life to watch those videos. We kept pushing the date back because I wanted more, I was just so infatuated them.’ Check out Stella’s wholesome and heart warming video for her single ‘Shark‘, below.

Finally we spoke to Stella about her plans for the future. Although uncertain for specifics, she explained to us that she believes there is still room for growth in this strange new normal. ‘It’s tough to know for real because of the situation, but I actually think that’s a good thing because it’s forcing me to surrender to what is rather than trying to control every step of the way. But the actual goal now is to have the second record finished, so that’s underway. And then just keep releasing I suppose, and see how the climate for live shows changes, how music distribution changes. I know in myself that I need to be putting out music more often, I need to be more candid with my writing, I struggle a bit with perfectionism’, she laughed. ‘And I think just creating a relationship with listeners so they know that music is coming and they know what to expect from artists that they love, in the way that I feel with artists that I love. So I guess the next step for the future is a much more internal growth than it is a physical release. But there is a physical release coming out.’

Check out Stella’s Instagram to hear more about her upcoming work, and head over to her Spotify page to hear more of her amazing work.