North London artist Sarah Meth is a fresh face into the music industry, but you would never know it. Her eclectic musical knowledge and vulnerable lyrics create a depth to her music that is entirely groundbreaking. Never shy of expressing her thoughts and emotions, Sarah’s tracks have landed her in a secure spot in the ever developing music industry. We got the chance to catch up with Sarah to discuss her growing career and exploring different musical avenues. 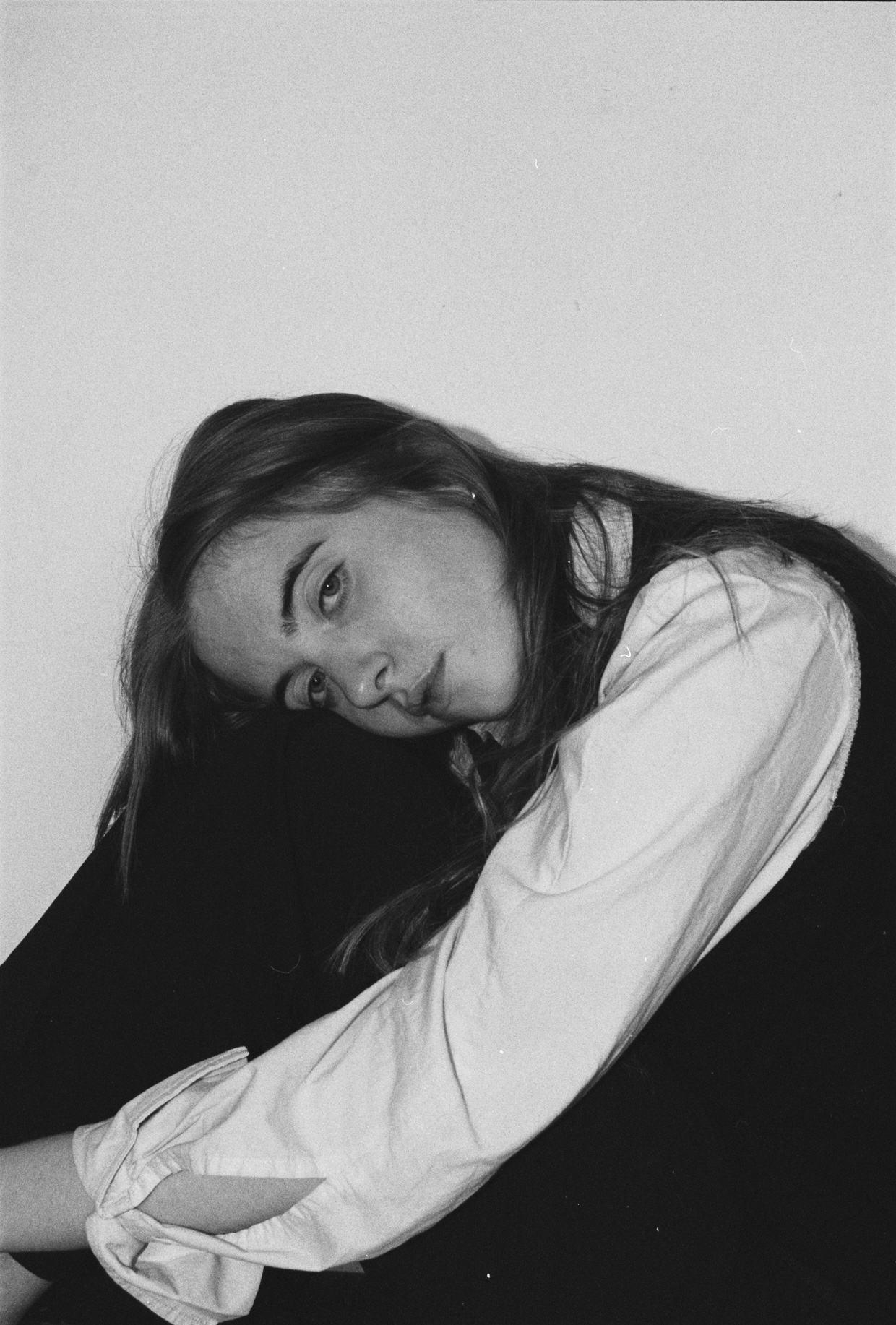 ‘My mum signed me up to join a choir when I was 4 and I stayed in it until I was 16. I have always seen that as my musical training. I was one of the only people there that couldn’t read music. We did classical choral music so most of the other kids were in orchestras and played classical instruments….it meant I spent a lot of time holding sheet music and pretending I knew what was going on. But sitting in a hall for 3 hours every Sunday surrounded by harmonies, and hearing how different voices can blend together to create one big wall of sound definitely gave me an insight into the technicalities behind singing. It meant I was musically able to work things out by ear, which is how I still write and compose songs now.

There was never a moment where a big realisation hit. Making music just kind of ended up happening. I always did music and wrote songs from a young age as a very private and personal thing. I guess when I started going to BRIT school, having adults take my creativity seriously was maybe the first time I realised it was a possibility that I could pursue music as a career.’

Over the past few months Haste has been dissecting the idea of genre. The term in itself is outdated. Looking at the amount of artists that have emerged over the past few years who have experimented with different sounds and depths, it seems entirely incorrect to confine them to one label. So we asked Sarah to try and sum up her music outside the constraints of ‘genre’.

‘I would say a lot of it is very song orientated. Although I did my first composition for a mini documentary a few months ago, and have recently been exploring more soundscapey things…my live set still very much revolves around the songs themselves rather than the sonic infrastructure at the moment. ‘Honest’ is a word that probably loops the songs that are more sentimental compared to songs that are more stark and humorous together, because they’re both just saying things how it is. I try to create a lot of space in my songs, and I hope it’s able to reach people in a way that makes them feel connected to themselves or the world around them in some way.’

It’s safe to say that live music is back. And while the state of Covid-19 is still unpredictable, we are enjoying it while it is here. And for musicians, their passion for the stage has been restored. Over summer Sarah attended and performed at several festivals including Cross The Tracks. We asked her how she has found returning to the stage.

‘It’s felt really special, I loved playing festivals like Brainchild and Cross The Tracks. It’s also been nice to play fresh material and see how people respond to it. I started putting on a night called ‘Midnight Snacks’ over the summer centred around unreleased music. It aims to start as close to midnight as possible, which has meant it’s had to be in some secret locations. So far we’ve done one in a squat and one in a cafe/gallery. It was fun releasing the location on the day, almost as if it was a rave.

I think making myself and the other artists play a set where no one can go home and listen to the songs, and in a space where people may have not seen live music before takes the pressure off us to conform to what artists maybe feel like they need to be doing…playing the same set lists and the same venues over and over… I wanted to make a space for artists to test the waters and try out new things musically out of their comfort zone. Doing it this way also makes the audience really listen and be present to what’s going on, because no ones heard it before. It’s also been nice being able to curate a night that can showcase other forms of creative visual art from many of my friends whilst the music is happening, such as projections, paintings, set design etc. I want to get more involved in collaborating with visual artists at gigs and live events instead of visual art in music mainly only being used as content online. It’s important for creatives to still do things in real time.’

‘What Does It Mean‘ is one of Sarah’s most popular tracks. The song dates back to earlier in Sarah’s life and follows the workings of a group of friends. The chemistry within the group stems through into a music and creates a smooth and instantly enjoyable track. Sarah went into a lot more detail of how the track was created.

‘I wrote it when I was 15 and naturally curious about the years I was leading into. Then when I was 19 I got round to recording it for my first EP. The guitar, bass and drums is actually all one live take of my friends playing it in the studio together, which makes me happy to think about. It feels rare in pop music that chemistry between players is captured and used on recording as one live take anymore. I think it’s a big factor of the song sounding old and smokey. Then we added piano and other production on top. I don’t tend to play that song live any more as it feels from such a different time of my life, but I like to think I am still raising questions through my songs now in maybe a more subliminal way.’

Sarah then went on to discuss her plans for the future. With lots more music in the pipe line it can only mean one thing… more shows! Not to mention the other plans she has up her sleeve.

‘Lots of things! I’ve got a 2nd EP ready to go…just waiting for all the creative visual aspects to get finished that I’ve been working on with my dear friend Milly Cope. I’ve also got a separate visual project that’s been in the works these past few months that will hopefully be released soon linked to Midnight Snacks…and of course there will be more of those nights lined up in these next few months too!‘

Head over to Sarah Meth’s Spotify page to hear more of her soothing serenades, including her latest release ‘What Does It Mean‘.