Haste were lucky enough to speak to the multi-talented singer-songwriter and sound engineer Simisola Bolatito Kosoko, better known by her stage name Simi. Simi has just released her incredible fourth studio album, ‘TBH (To Be Honest)‘, via her own label Studio Brat. 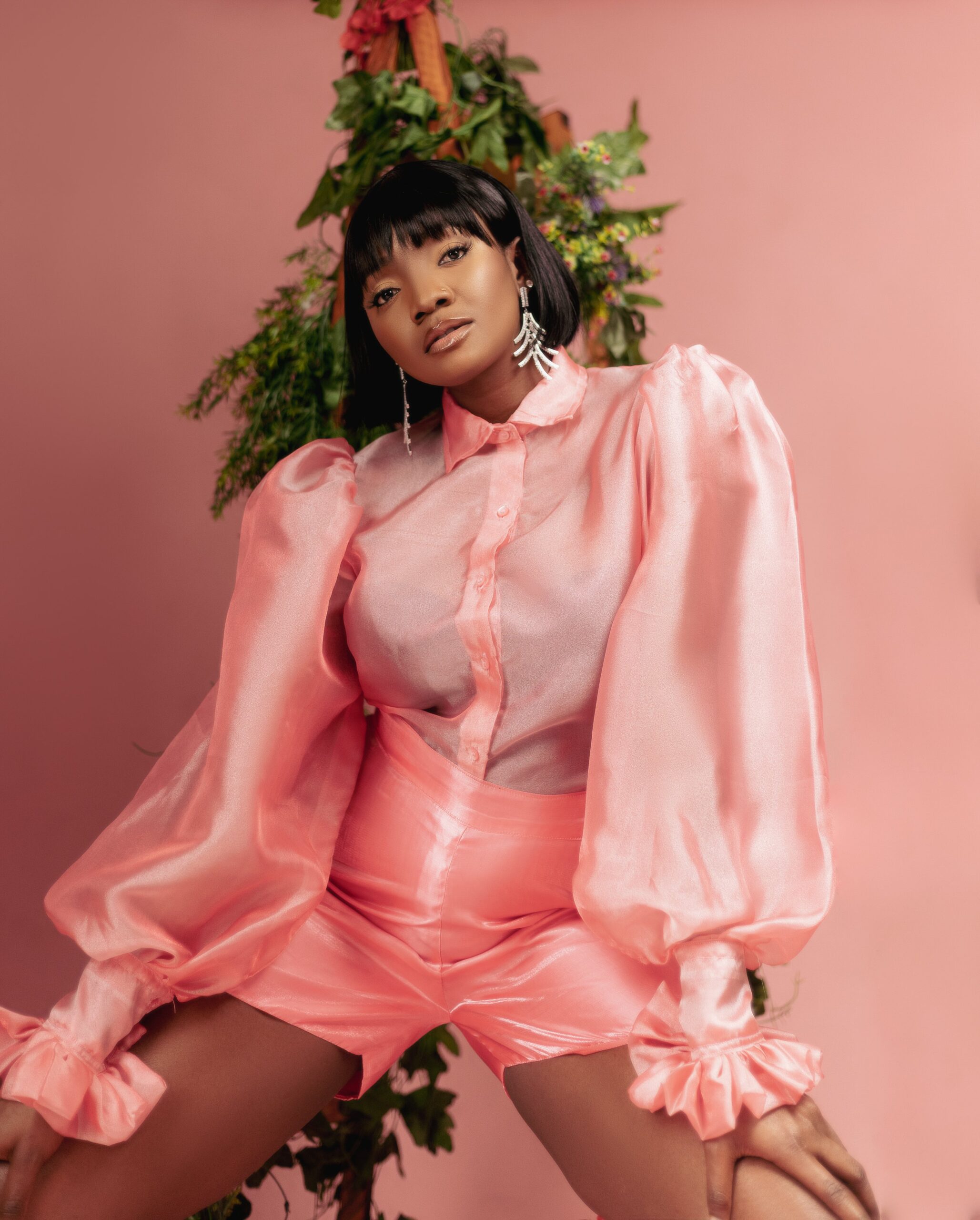 Simi is considered one of the pioneering forces behind Nigeria’s new afropop wave, with one of most distinctive female voices in African music today. Born in Ojuelegba, Nigeria, Simi began her career as a gospel singer and released her debut project back in 2008. Her success has only grown from there – her three albums and EP have received critical acclaim, and include chart-topping collaborations with the likes of Davido and Mr Eazi. With over 25 million fans online and over 500 million streams, Simi has built a loyal community around her music.

While writing and composing her new album, Simi became a mother in 2020 and has been exploring other endeavours – in 2022 she joined the show Nigerian Idol as a judge for their seventh season. ‘To Be Honest’ is captivating and symbolic of a new chapter in her life. Written and composed by Simi, the brilliant 11-track album is driven by her angelic vocals and harmonies, relatable lyrics and features two guest appearances from Adekunle Gold and Fave.

Congratulations on the new album! How excited are you about the release?

‘Thank you so much – I’m very excited. I gave it everything and I’m just so grateful that it’s finally in the hands of the people.’

Which track is your favourite at the moment?

‘I don’t have a favourite song on the album right now. I have favourite verses and lyrics, but even that is across many different songs.’

You’ve had so much success since your debut album release in 2008 and have amassed a loyal community of fans, how do you feel you’ve grown as a musician?

‘I feel so blessed – thriving in this industry is no joke. It takes a lot of hard work and requires a lot of love. I’ve been honoured to have so many amazing people love and support my music in all this time. I’ve come a long way and I still have such a long way to go.’

Tell me a little bit about your upbringing in Ojuelegba – did you always want to be a musician? What gave you the drive to pursue it?

‘I wasn’t exposed to a lot of music as a kid. My family wasn’t musically inclined. My love for music was also innate, as opposed to inspired. I fell in love, early, with the art of putting words and melody together.’

As a sound engineer as well as a singer-songwriter – what’s the creative process like for you and what’s your favourite part? (The harmonies on the album are ethereal!)

‘Thank you! For me, everything works in tandem. As I write, I’m recording as well as mixing. In my head I know what I want to sound and feel like. I never settle until I’m entirely pleased with the music.

Every song happens differently – some songs come to me super easy and I don’t struggle with melody or lyrics. Other songs need more. I sometimes have to write five different songs on a beat before I’m happy with it.’

The lyrics in this album are incredibly relatable, touching on friendships, love and a lot of reflection on your journey so far. How did it feel to be so open?

‘It was freeing. When you’re in the limelight, you tend to edit yourself so much. When is it too much, when is it not enough. On this project, I let that go for the most part. I said what I wanted to say how I wanted to.’

For readers of Haste who haven’t heard your music yet, how would you describe it?

You launched your own record label, Studio Brat, back in 2019 – how did that come about and is it empowering to have control over your own music?

‘I wanted to be in charge of the next phase of my journey. I wanted to be able to take more chances on myself without a safety net and without needing to go ahead from someone else. I had a great experience with my previous label, but owning my own is definitely empowering.’

How do you feel about the evolution of Afrobeats and its growing international recognition?

‘It’s stunning to see. All of this talent is finally being acknowledged as it should be.’

Which artists are you most inspired by?

‘That keeps changing lol. So many artists inspire me.’

‘To keep winning. To pull more people onto the Simi Train.’

You can hear more of Simi’s music HERE or head over to her Spotify page.