At just 22-years-old, Akemi Fox has grown a huge following and made quite the name for herself in the UK music scene. The Jamaican-British singer’s soothing melodies and enchanting tunes carry strong 90’s R&B nostalgia and we are here for it. We got the chance to chat with the rising singer-songwriter about her sweet as sugar single ‘Lemon Tea’, finding inspiration during lockdown and what she has planned for the rest of 2021. 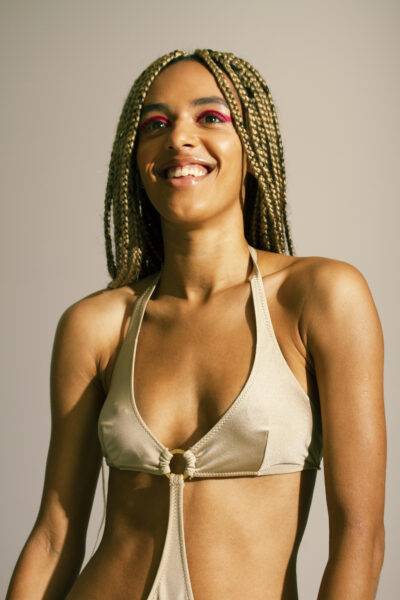 With heavy influences of R&B music from a young age, it’s only natural that Akemi found her love became embroiled within her own passion. Growing up, Akemi explained to us that she remembers singing from a young age and being surrounded by music constantly.

‘I used to always sing while my mum dried my hair, which was funny because I always thought she couldn’t hear me. I also remember that my mum and dad were very into music, especially my dad. So I remember him playing loads of jazz and going to gigs and stuff. I was in a house that was just filled with lots of music all the time, which I think definitely influenced me. The first CD that I remember having was Beyoncé’s first album. I was into a lot of noughties and nineties R&B, but I used to watch a lot of music channels so whatever was on really I would be singing along with my cousin.‘

Although Akemi recognised her love for music from a young age, it wasn’t until much later that she decided that she wanted to pursue it as a career. After meeting friend and producer Teo, Akemi started to explore the depths of her talent and her musical journey began there.

‘Not that long ago, I would say probably like three years ago. I didn’t really know what I wanted to do, I was going to apply for English Lit at uni and then drama and then realised I didn’t want to do them. And I always used to sing and put clips or covers on Instagram, and then it all kind of fell into place when I met my producer Teo. So he was a friend of a friend and he lived really close to me and invited me to his studio to make a song, and ever since then we’ve been making music. It was kind of a happy accident, I’ve always liked singing but it was never my goal so I’m happy that I fell into it because it’s something I really enjoy. So I’ve found my purpose, finally,’ she laughed.

While lockdowns have put obstacles in front of a number of different activities, they have also been the death of inspiration. With artists stuck at home with very little to do, creativity has taken a massive hit in the music industry. Akemi explained to us how she has attempted to overcome these hurdles with the help of past lyrics ideas.

‘It really does change every time. I’ve written from an early age, like in high school my friends studied music and I used to always help them write songs and stuff. And I always enjoyed that and writing poems or a in a diary. So I would always have ideas and write them down in my phone and never really looked at them again, but then for the EP I used some of those old lyrics which was a cool moment because I wrote them when I was like 16 and now I’m 22, so it’s like a nice period from being a teenager and then to now. It’s also been nice using older lyrics because there’s not much inspiration being stuck inside all day. I tend to also freestyle over stuff, record my favourite bits and then put stuff together. It just all depends.‘

The past twelve months have also meant that a lot of creatives have had to transition from performing live, to performing on live streams. While we wait for our beloved gigs and festivals to return to us, artists like Akemi have had to rely heavily on streaming services and social media platforms. Like anything that has happened over the past year, this has come with it’s challenges. While some people have taken too it naturally, others have felt the pressures that come with the added pressure of now not only creating art/music but also keeping up with online content. Being an emerging artist herself, Akemi told us how she has been dealing with these added pressures. 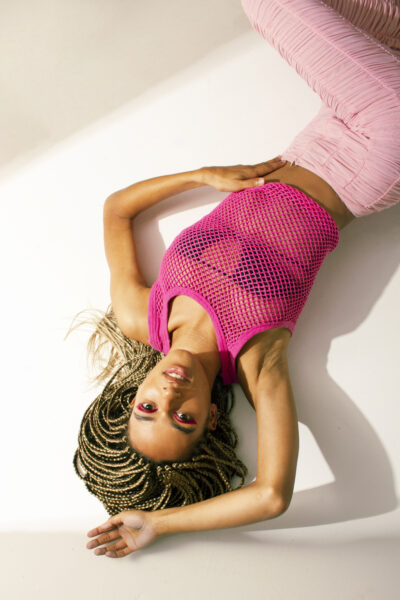 ‘The thing I keep telling myself is to not be hard on myself. Like even if I make one song every two weeks, or half a song even that’s still great, it’s improvement. But it definitely is difficult when there’s just nothing going on.‘

With influences of jazz, soul and of course R&B, Akemi’s music employs parts of so many different genres. Her melodic voice and emotional tunes not only take you on her emotional journey, but also make you think back to a time when you have felt that exact way too. With such a range of different influences, we asked Akemi to sum up her music in a sentence, rather than restricting it to just one genre.

‘I always say I’m chill, slightly depressing sometimes it depends what song‘, she laughed. ‘I take a lot of inspiration from like Erykah Badu, Amy Winehouse lyrically. I like Frank Ocean, SZA, Hiatus Kaiyote, the band Daughter, they’re all inspirations to me. So yeah I guess I’m more alternative R&B. People say that it’s kind of like ‘afters music’, not that we’re going out anywhere at the moment but when you’ve gone out it would be the music for an after in-your-feelings moment.‘

Akemi’s most popular single ‘Lemon Tea’ is set to be your chilled-summer-2021 track. The intimate lyrics tell a story of love that is sweet as lemon tea. We asked Akemi to give us a little insight into the process behind creating this song.

‘It’s kind of a cute song. I think I recorded it in January 2020, and basically I was in the studio and there was an empty lemon tea carton and I thought ‘wouldn’t that be cute if I could make that into a song?’. And we were in a session so there was a beat on, so I just started singing and seeing what would fit with it. I think we recorded it in less than two hours, it was a really quick process. I was so in love with the song at the time as well because I thought it was such a cute, summer song.‘

Although the future is still very hard to plan for, artists and musicians alike are keeping their (and everyone else’s) spirits high with the promise of releases and general content. Having not been able to perform her new EP live yet, Akemi is hoping for the return of live gigs, whilst also planning out her next projects.

‘In normal life I finish my degree and then have more free time. And then I think just being in a lot of sessions with my producer and other musicians and see how that works, because we tend to work only on our own. So just focusing on new music, new EP’s, and hopefully some live gigs at some point because I definitely miss it. It’s just a completely different feeling you get that you can’t get from performing at home or on a live stream. And hopefully make a music video, I haven’t made a music video yet so that’s like the dream and I’ve got some good ideas.‘

Head over to Akemi Fox’s Spotify to hear more of her nostalgic R&B tunes including her latest EP ‘Colour You In‘!