Simon a. on his newest track ‘Badland’ and developing his genre-blending sound over lockdown 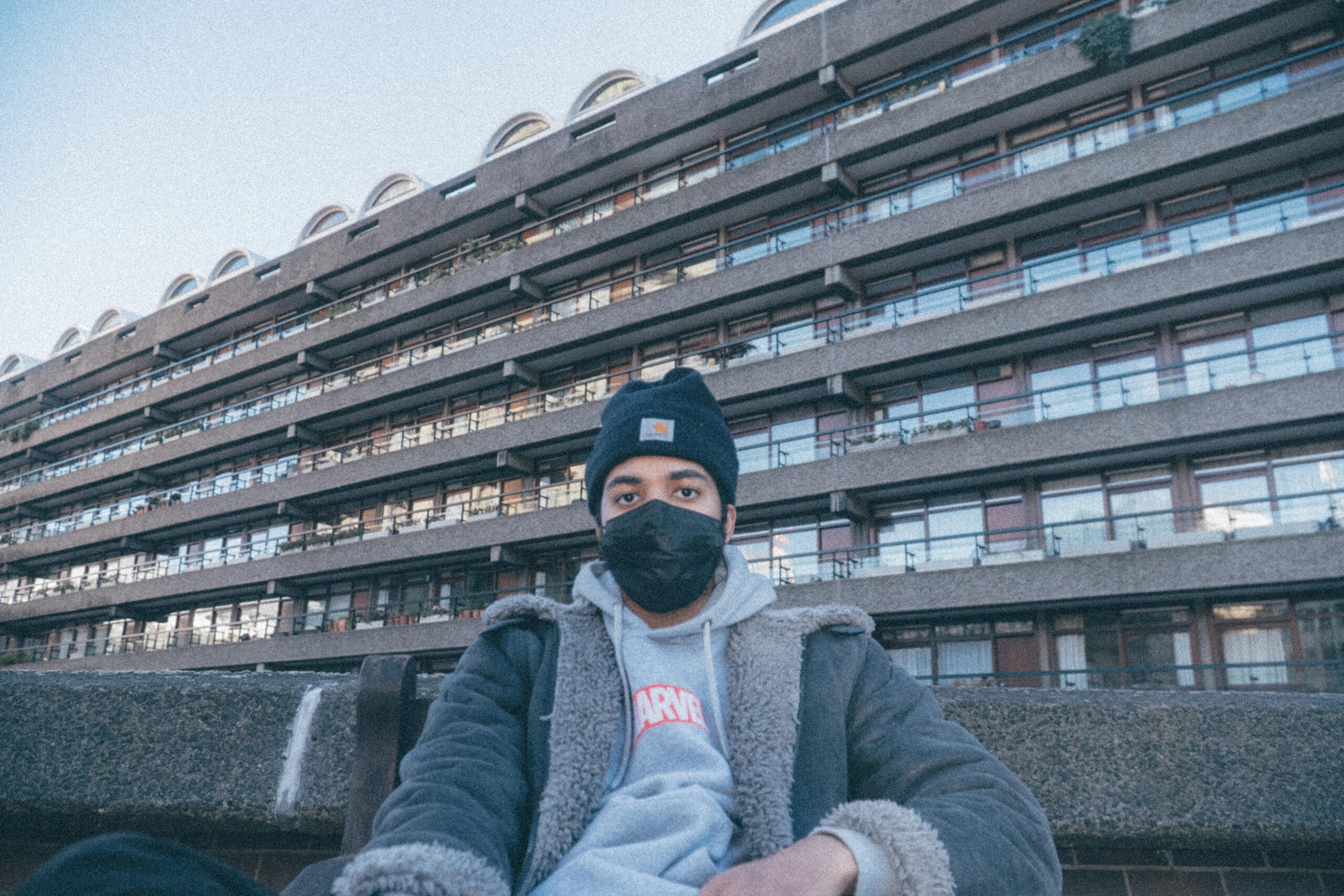 Returning to the music scene after the release of his single ‘Way To Go‘, simon a. is back with his latest track ‘Badland‘. After spending the last year in lockdown, Simon spent time developing his ever progressive sound. His eclectic list is skills and influences allows the flourishing artist to put his whole heart and soul into his art, in an instantly recognisable fashion. We got the chance to chat to Simon about how his sound is constantly developing, his newest track and a pretty painful Kendrick Lamar concert…

After being greeted by Simon floating around a backdrop of the northern lights (zoom meetings are always interesting), we started our interview. Like any great story, we had to start at the beginning. We kicked off by taking a trip down Simon’s memory lane to talk about his first prominent memories of music.

‘Actually to be honest, my first memories of music was Italian music, because my mum is Italian. And it’s all really old music, so really and truly I have no idea what’s happening with the Italian music scene right now, but I know all the old artists. So just slow piano songs, bit of guitar, stuff like that. But nothing that I was really paying attention to. It wasn’t until my brother was like ‘listen to this artist, his name is Drake’. And no one knew Drake at this point, it was around 2010. It was one of the first albums I ever listened too, and to this day it’s one of the only albums I know all the lyrics to. So that’s what got me starting to pay attention to music. Then when ‘To Pimp A Butterfly’ came out by Kendrick Lamar, I just remember thinking ‘I knew music was nice, but it can do this as well?!’.  It just switched up everything basically.’

Our next question revolved around the pinnacle moment in which Simon realised he wanted to pursue music as a career. And boy, this story did not disappoint…

‘So I used to make birthday raps for my brother, mainly because I couldn’t really afford a present. So I just made these parody versions of songs we would listen to a lot. And then I started doing it for my friend and that was just how I would practice. Then I was once with that friend at an Anderson Paak concert and I’d broken my leg two months before that at a Kendrick Lamar concert. I heard it crack over all of the music, but I didn’t leave because I was not missing that. Anyway, I essentially used that broken leg to get to the front of this Anderson Paak show. So we were at the front waiting for it to start and something was playing, you know how they play songs before the main artists. And it was really nice, and I remember saying ‘I think I could remake this’, and my friend said ‘I think we should start taking this music thing a bit more seriously’. And then for the next four months I worked on my first EP.’

Music scenes around the world are forever developing. Musicians themselves have a much broader audience to appeal to through social media and online streaming platforms, and are getting the chance to really express themselves and experiment with different sounds. For this reason, genre as we once knew it, is no more. Rather than confining Simon’s music to one specific genre, we asked him to sum up his music in a more inclusive format.

‘I mean I guess you could call it alternative soul, but I do take from so many different things. The song that I will be making at any time will completely depend on what I’ve just listened to. I might have listened to Bon Iver and want to include a bit of folk in there, or listened to Tame Impala and suddenly I want to go a bit psychedelic. I think the DNA of it would be a soulful thing.’ 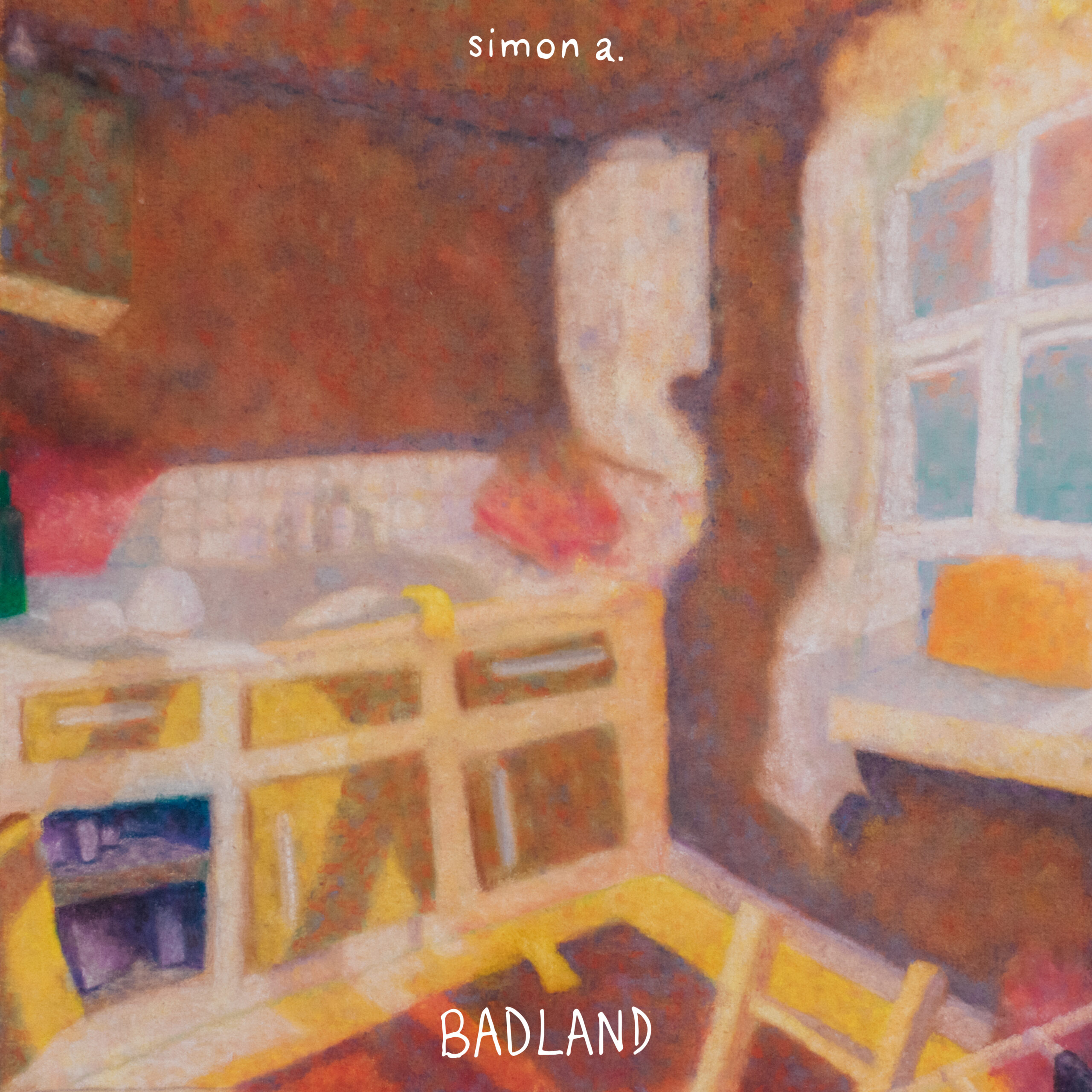 After releasing his EP ‘Way To Go‘, back in 2020, Simon has been continuing to develop his already impressive list of skills and knowledge. His newest track ‘Badland‘ was released earlier this year and has met a very welcoming reception from fans. The track takes us on a journey into the life of a modern day influencer, and expands on anxieties and general thoughts around social media.

‘That one started out as just the instrumental, I didn’t know what the song was going to be about. It was kind of structured around the last thing that I listened to which was ‘Borderline’ by Tame Impala. But of course when you start with something, it does eventually take it’s own path. So at the end it didn’t sound anything like it, but that’s where I started.

And then the concept came from just my general annoyance of Instagram, to be honest. It happens every now and again where I get into a rut of ‘how did I get here? What are these people doing? Everyone else is succeeding and I’m just over here in the northern lights’. So I wanted to think about it from the perspective of someone that is sharing all of this stuff for people like me to receive, reflect on and potentially distress over. And then it went down the route of taking on the role of an influencer in three different stages of the influencer career. To kind of use it as a cautionary tale. At the end of the day it’s just me’, he laughed. ‘I don’t know what actually goes on. That’s just kind of how I was feeling about it, it was pissing me off and I wondered if people could relate.’

Finally Simon left us with some exciting news. While we wait for a time when we can see the flourishing singer perform live, we are left on tender hooks as we wait for his much anticipated next project.

‘Firstly actually there’s a music video coming for ‘Badland’. And then I’ve got two more singles that should be dropping this year for sure. Hopefully leading into an album next year.’

Head over to simon a.’s Spotify page to check out more of his genre-blending musical style.