Shungudzo on engaging with topics such as love, motherhood and activism

Breaking into the music scene in 2017, singer-songwriter Shungudzo has been stealing our hearts with truthful lyrics and soothing tunes. Her tracks that explore humanity and our shared society give listeners a window into her soul and own personal emotions. But simultaneously inviting them to relate to them. We caught up with Shungudzo to discuss her latest project ‘I’m not a mother, but I have children‘, her first memories of music and what she has planned for the future. 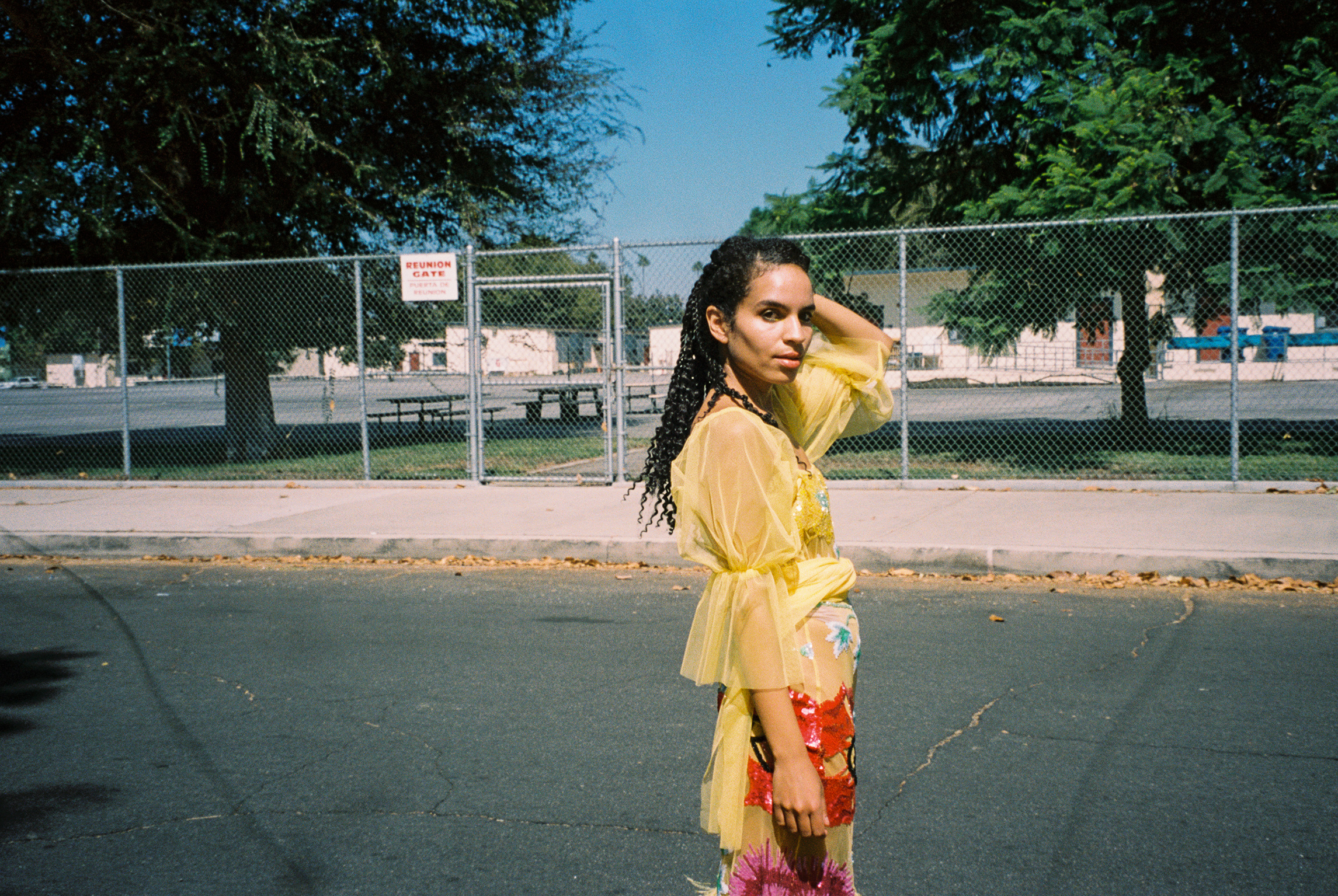 We kicked off the interview by deep diving into Shungudzo’s life. We asked her to take us down memory lane and reminisce over her first prominent memories of music growing up and when it was that she realised she wanted to pursue her passion as a career.

‘My first prominent memories of music are of the songs that nature sings. The birds chanting in the trees. The way the wind whispers and groans, always holding some sort of musical note. The percussiveness of the rain hitting the ground or the roof of a house. Nature has always been a supreme musician! In some ways, I think that we as humans can only poorly imitate her, be it in sonic or visual art.

I pursued a career in music after trying so many different avenues in life — all of which held some sort of sociopolitical meaning to me, but none of which gave me the internal joy and healing that music does. I thought to myself, ‘If music makes me feel this good, maybe I can write songs that make other people feel good too.’‘

When asked to sum up her music outside the realms of ‘genre’ Shungudzo said, ‘I would describe my genre as sociopolitical. I would rather not box myself into one sound, both because I find it limiting sonically and because the music industry has attempted to limit artists of color into singular genres for too long.’ She then went on to discuss how integral she thinks music is in the world further developing, in every sense.

‘I think that art is an integral part of humanity and history. Through the combined artistic contributions of all artists in any specific moment in time, we can experience the most accurate and multi-dimensional portrayal of the human experience as it is, or was.’

Shungudzo’s latest EP ‘I’m not a mother, but I have children‘, dives head first into emotion and reality. The five track project takes listeners on a journey and invites them to understand the concept while also challenging them to come up with their own. She then went on to explain the process behind the EP and which songs resonated with her the most.

‘‘I’m not a mother, but I have children’ is about the responsibility I feel to build a better world for future generations of all living things. It’s not so much about birthing, or adopting, or fostering children so much as it is about the fact that we all have the power to impact the internal and external climates of the future world through the actions we take today. 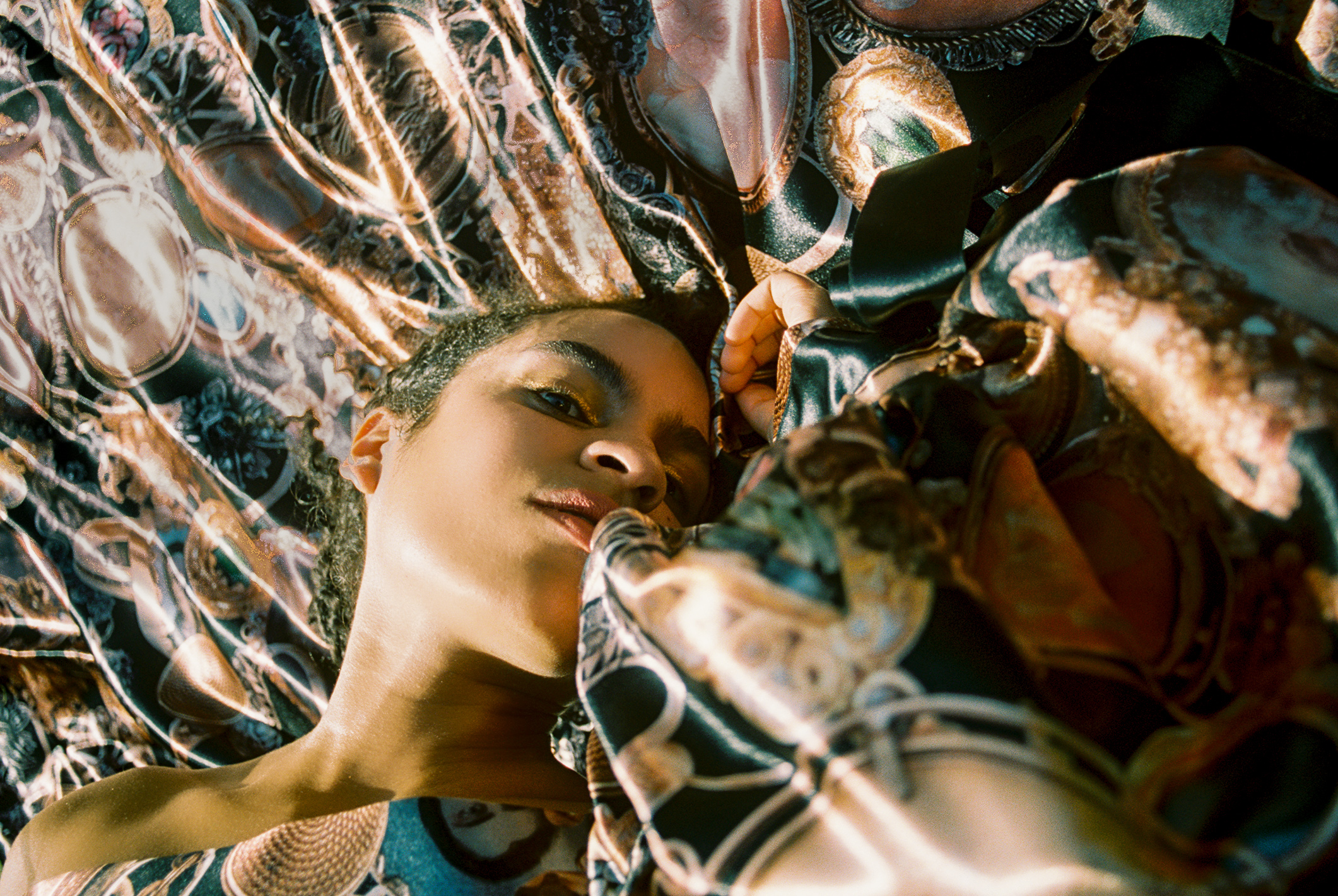 The songs keep on shifting in meaning for me, based on what I’m going through at any point in time. I love the line, ‘I try to be agreeable, I try to be a saint, but sometimes an upright middle finger is the way’ in ‘There’s only so much a soul can take’. I wrote it about the immense pressure I felt to be a ‘good’ girl for so much of my life, which also meant not standing up for myself when I should have for fear of being perceived as harsh or disagreeable. Over the years, I’ve learned to respect myself and therefore to also stand up for myself when I’m being disrespected. It’s resulted in the bettering of my life and relationships in every way. I hope that these songs help other people as much as they’ve helped me. I hope that those who need to receive them as gender or race-based messages receive them that way. And that others can relate them to their human experiences irregardless of who they are or what bodies they were born into. The reception has been very loving, which I’m so grateful for.’

‘My inspiration comes from experience and observation. From both experiencing and observing a world full of so much beauty and wonder, and also so much inequity and injustice — both the way humans treat humans and the way humans treat nature. I also write a lot of notes and poems to myself, oftentimes with no idea how to turn them into songs until the songs just pour out of me one day. I try not to pressure my creativity or to expect it to show up whenever I want it to. Instead, I try to take care of myself in whatever ways I need taking care of, and give my mind and soul a healthy space to be creative without my own sadness or insecurity standing in its way. Any time I begin overthinking something, I step away from it and return when I can address it with openness and love rather than with doubt.’

Finally, we ended the interview on a beautifully positive note. Shungudzo explained that there is so much more to look forward to in the future, and what we’ve seen so far is only the tip of the iceberg.

‘The future looks bright! I’m trying to enter a headspace in which things can just…go well. In which I accept how hard I’ve worked on myself and to be here, and that I am deserving of good outcomes. We all are! I’m also manifesting opening for Michael Kiwanuka and writing it into every interview until it happens!‘

Check out Shungudzo’s Spotify page to hear more of her powerful music including her newest project ‘I’m not a mother, but I have children‘.