Exploding on to the music scene back in 2013, Sasha Keable has astounded fans with her incredible vocal range and honest lyrics. However, it wasn’t until she returned to music back in 2019 that Sasha’s career really began to take off. And since then she has been releasing a steady stream of singles and EP’s that have kept her fans wanting more each time. We got the chance to speak with Sasha to discuss her journey through music, obstacles over lockdown and her latest track ‘Don’t Get Lost‘. 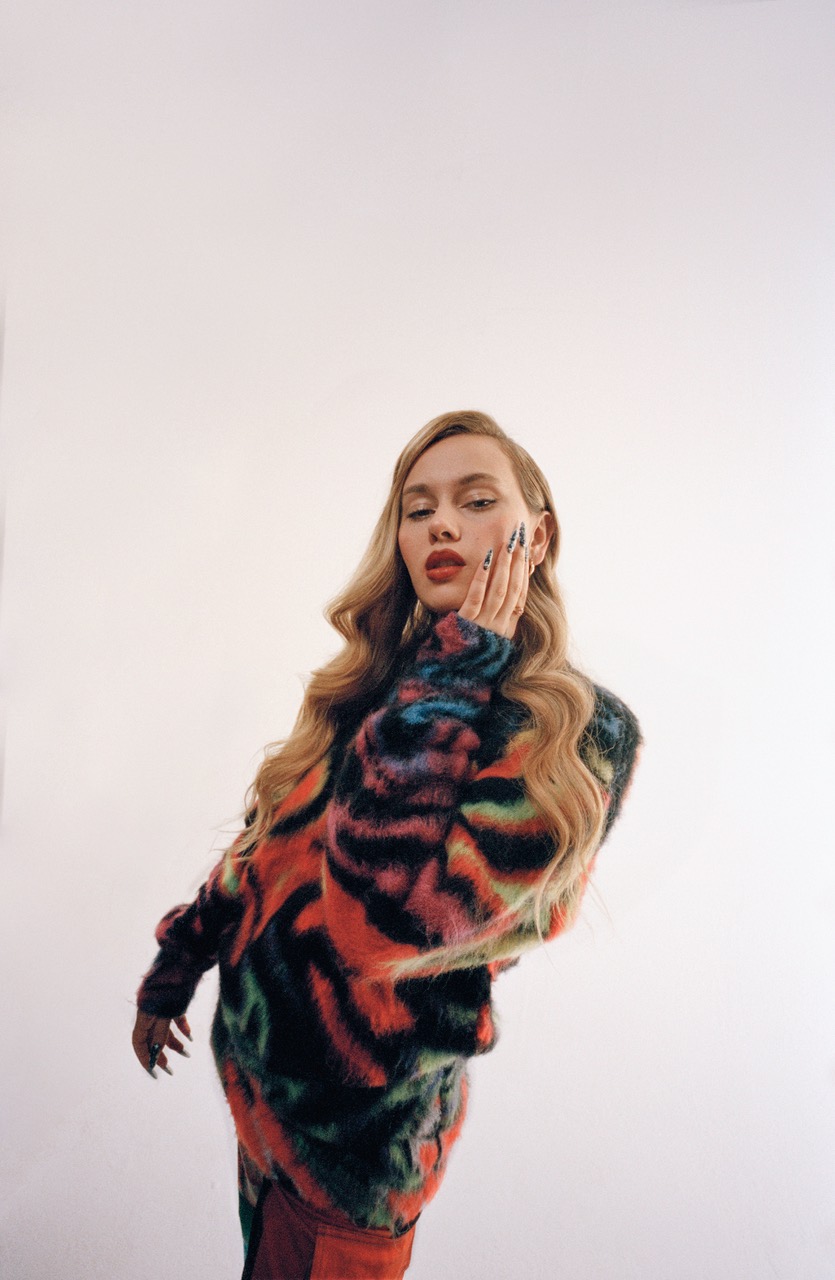 Sasha Keable’s musical journey has seen ups and downs. After deciding to take some time out from the music scene she returned in 2019 to eagerly awaiting fans. Her creative flare and stunning voice led us to believe that her passion for music started from a very early age. So we asked her to take us down memory lane, back to her first prominent memories of music.

‘I think my first kind of memories of music were when I was like 7 or 8. My dad would print off guitar tabs and I would go to his house and we’d play and I’d sing along. I think that was probably when I realised I was quite good, he was like ‘Oh ok you can sing’. When I was 9 or 10 I started writing my own music, and I fell in love with that almost more than I did with singing. It was an amazing feeling knowing you didn’t just have to listen music that was put in front of you, you could essentially write anything you wanted about whatever you wanted. You could do anything. So that’s when I remember falling in love with songwriting.

I think from quite early I knew music was what I wanted to do. I wasn’t really good at anything else,‘ she laughed. ‘It just made sense for me. It’s never felt like a chore, and I’m very big on trying not to make things feel like chores.‘

Lockdowns have taken their toll of people and artists in many different ways. Creatives have been forced to turn to social media, live streams and to upkeep an online presence in order to stay connected to their fans. While there has been an overwhelming pressure for people in any walk of life to be overly productive during lockdowns, for some artists this can have a negative and overwhelming effect. Sasha explained to us the obstacles she felt in relation to finding inspiration.

‘It’s just been a massive hindrance for a lot of artists. For me, I didn’t write at all during the pandemic. I really, really tried. But I didn’t even end up writing one song, so that was really boring. And then when we were able to go out a bit more around January time, it just took me ages to get back into it. I don’t know why, I just really struggled to find anything to write about. And I had so much stuff in the diary for last year which got pushed aside.

But just from a personal perspective, there have been points in lockdowns where I’ve quite enjoyed there being no pressure. Everyone was locked in, no one was working. I enjoyed when I knew exactly what was happening, I haven’t really enjoyed the maybe you can go out, maybe you can’t. But I am very very happy things are going back to normal. I didn’t have any inspiration to create music. I did the first half of lockdown with my family; my dad, step-mum and two little sisters. And that isn’t my natural point of inspiration, my writing very much revolves around relationships and friends. All I had to write about was my dad making me breakfast in the morning or something,‘ she laughed. ‘I felt like I was in survival mode a bit.‘ 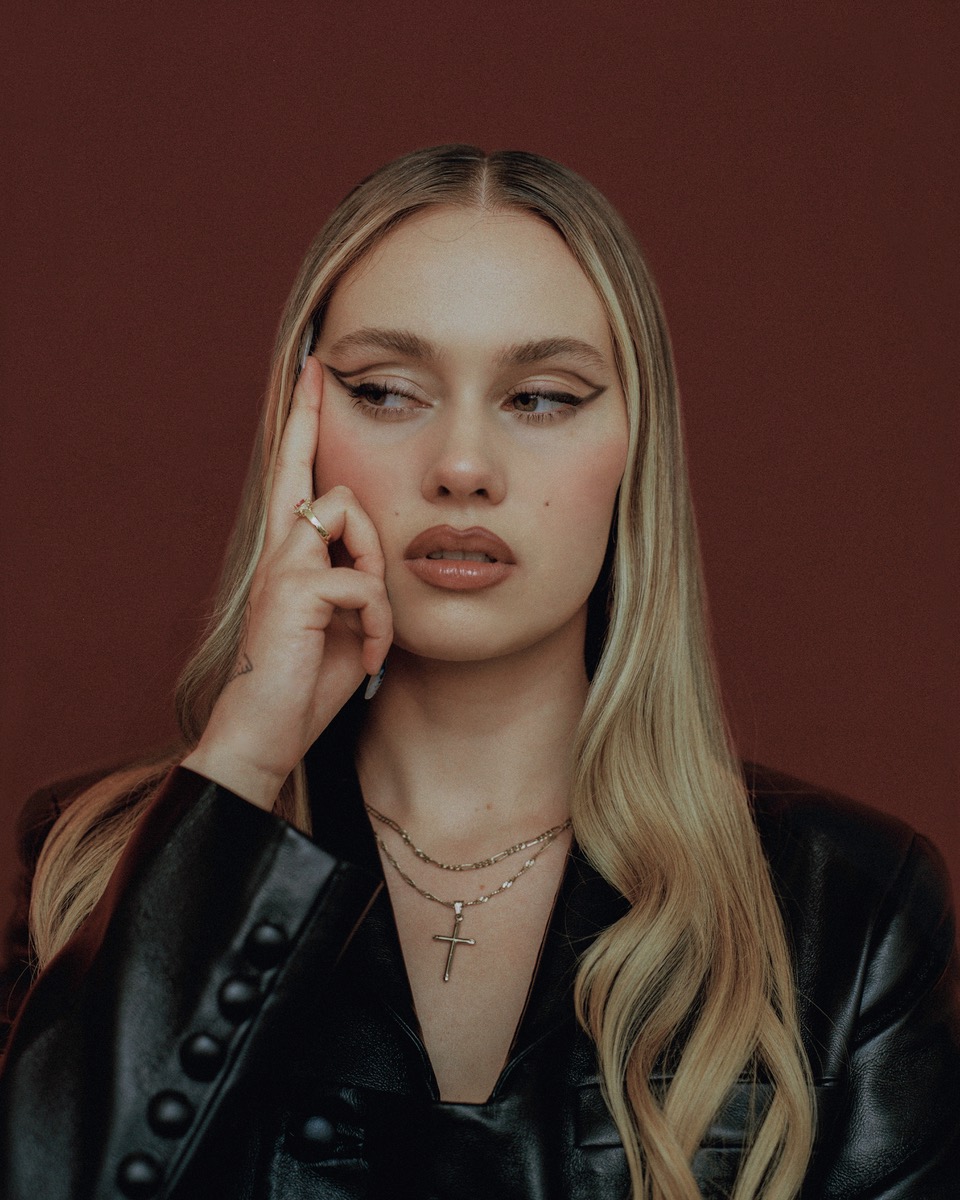 The term ‘genre’ as we once knew it is obsolete. Artists around the world are continuing to develop the music industry by redefining their own sound and inspiring the sounds of others. And Sasha is amongst these genre blending musicians. Soul filled vocals with hearty and groove filled tunes layered behind, Sasha’s music could never be defined by simply one genre. So we asked her to sum up her sound outside the terms of genre.

‘I love so any different genres of music, and I’ve never tried to specifically fit into one box. If there’s one genre of music I feel most inspired by it would be soul music. I think because I’m a young female artist people are quite quick to class me as R&B. And don’t get me wrong I’m definitely inspired by R&B, but I wouldn’t say my music is R&B if you actually know the genre. I think my music is quite honest. Probably a bit too honest.‘

‘Don’t Get Lost‘ is Sasha’s latest release. The track takes listeners on a journey of emotion and empowerment. As Sasha explained to us, this is a different avenue in relation to their normal writing topics. But much to the honour of her music, Sasha continued to write base don what she was feeling at the time, and finding herself in an emotional position, she let her thoughts run wild.

‘I wrote that when I wasn’t really myself and was feeling quite down. I’d been working really hard on my music and I didn’t really feel like I was getting any pay off from it. I felt like I was being left behind. It sounds quite cringe because I don’t usually write things like ‘believe in yourself, you can do it’, but I did it and it’s not that cringe. I just needed a song that kind of reminded me that I was worth something, and if I just kept on the path I was on that something would come of it. Everything is written about something that has happened to me or something I’m going through. I don’t deal well with making up scenarios, it just doesn’t feel natural to me.’

Sasha left us on an exciting note. As we wrapped up the interview, we asked the flourishing artist what she has planned for the future. While national restrictions still loom and government dates are pushed back, the future is still somewhat unknown. But one thing we do know is that we cannot wait to get back to our live events and seeing the stunning work of artists we admire, like Sasha Keable.

‘I’m just hoping we can get back to live stuff, I just love it. That’s where I’m most comfortable and the most exciting part for me. So there will be some live stuff in the pipeline. I am supposed to do festivals, but we will see, hopefully.‘

Head over to Sasha Keable’s Spotify page to hear her latest track ‘Don’t Get Lost‘.