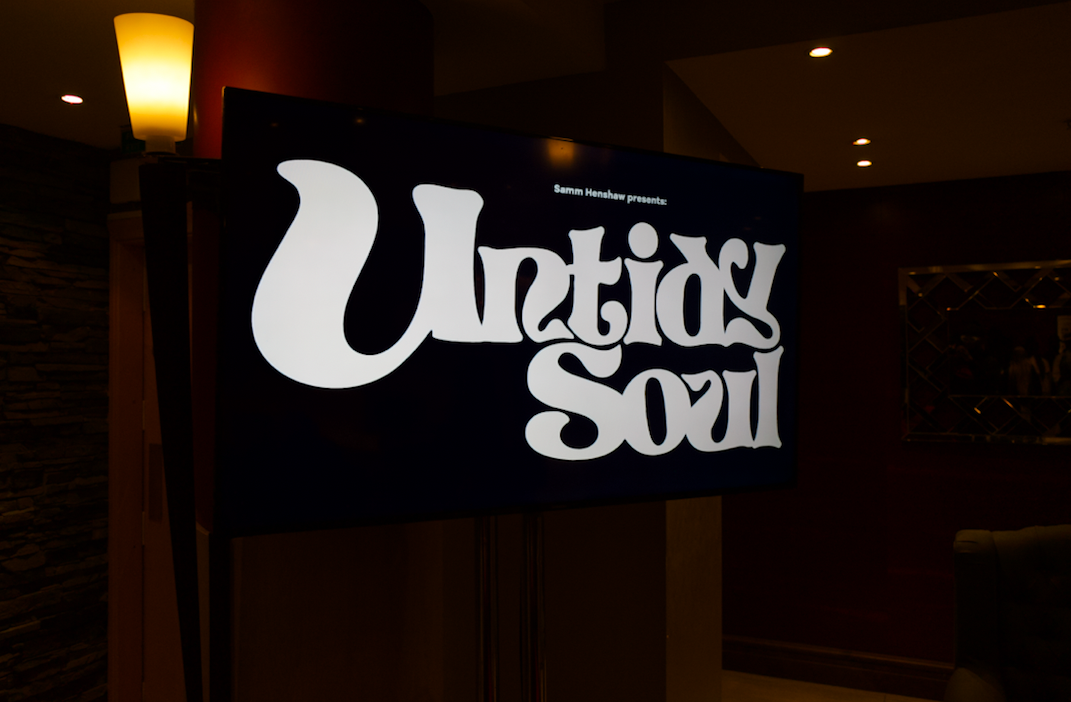 Finally, we have been graced with flourishing musician Samm Henshaw’s debut album ‘Untidy Soul‘. After exploding on to the scene in 2015, Samm has kept his fans intrigued with a clear musical development. His latest 12-track project hones in on Samm’s clarified writing skills and musical knowledge. Mixing layers of jazz and gospel sounds, this collection of tracks really is a window into Samm’s mind and soul. Haste were lucky enough to attend ‘Untidy Soul‘s launch party, where Samm explained that some of his first memories of music were holding church services for his family at the age of 4/5; ‘I would be leader, pastor and take offering of course – don’t get it twisted‘.

Much like his previous work, Samm utilises ‘Untidy Soul‘ to take his listeners on a journey of relatable emotions. Accompanied by a handful of cinematically fantastic videos, Samm and his alter ego Sonny fall in love, experience heartbreak and regret all within the space of one album. When asked about the reasoning behind bringing Sonny into the mix, Samm explained that he used the ‘character of Sonny to disconnect from the relationship story in the album‘, and explained he felt he didn’t need to ‘keep going through it‘, while he was creating the body of work.

Released earlier as a single, ‘Grow‘ pre-empts the rest of the emotion-fuelled tracks. By the time you reach ‘East Detroit‘ you’re almost in tears. The rising musician explained that this track was particularly hard to write and perform knowing the story behind it. He explained that this is when said relationship ended; ‘It’s weird being so vulnerable. She’s still an amazing, incredible human, you just make all these plans with a person and then you have to forget about them all.’ And then once you’ve got to ‘Still Broke‘, you’ve had time to do a lot of reflecting on your own situations.

While Samm plays on his own experiences, he brings in a welcoming and upbeat sound consistently throughout the thought-provoking songs. ‘Still Broke‘ in particular calls back on his 2018 smash single ‘Broke‘, where he dreams of being rich enough to provide for his partner. Whereas the more recent adaptation see’s Samm in a mansion surrounded by luxury, but with the realisation that in his journey for success he lost sight of the one thing that really made him happy; his love.

The bittersweet reflections encompassed within ‘Untidy Soul‘ create a safe space for listeners to understand his situation and ultimately maybe understand their own a bit better. This is just the beginning for Samm’s flourishing career.