Since blasting into the music scene in 2017, singer-songwriter Ruby Francis has continued to grow an eclectic list of tracks and followers. Her 70’s style beats have been capturing the hearts of many and transporting them back to disco filled summer nights. Having gained a great deal of support from platforms like BBC Radio 1xtra and personalities and artists such as Jamie Cullum and Tom Robinson, Ruby has crammed a lot of work and music into her short time in the industry. And she’s far from finished. We got the chance to chat to the flourishing artist about her journey through music and her track ‘Stuck Right Here‘. 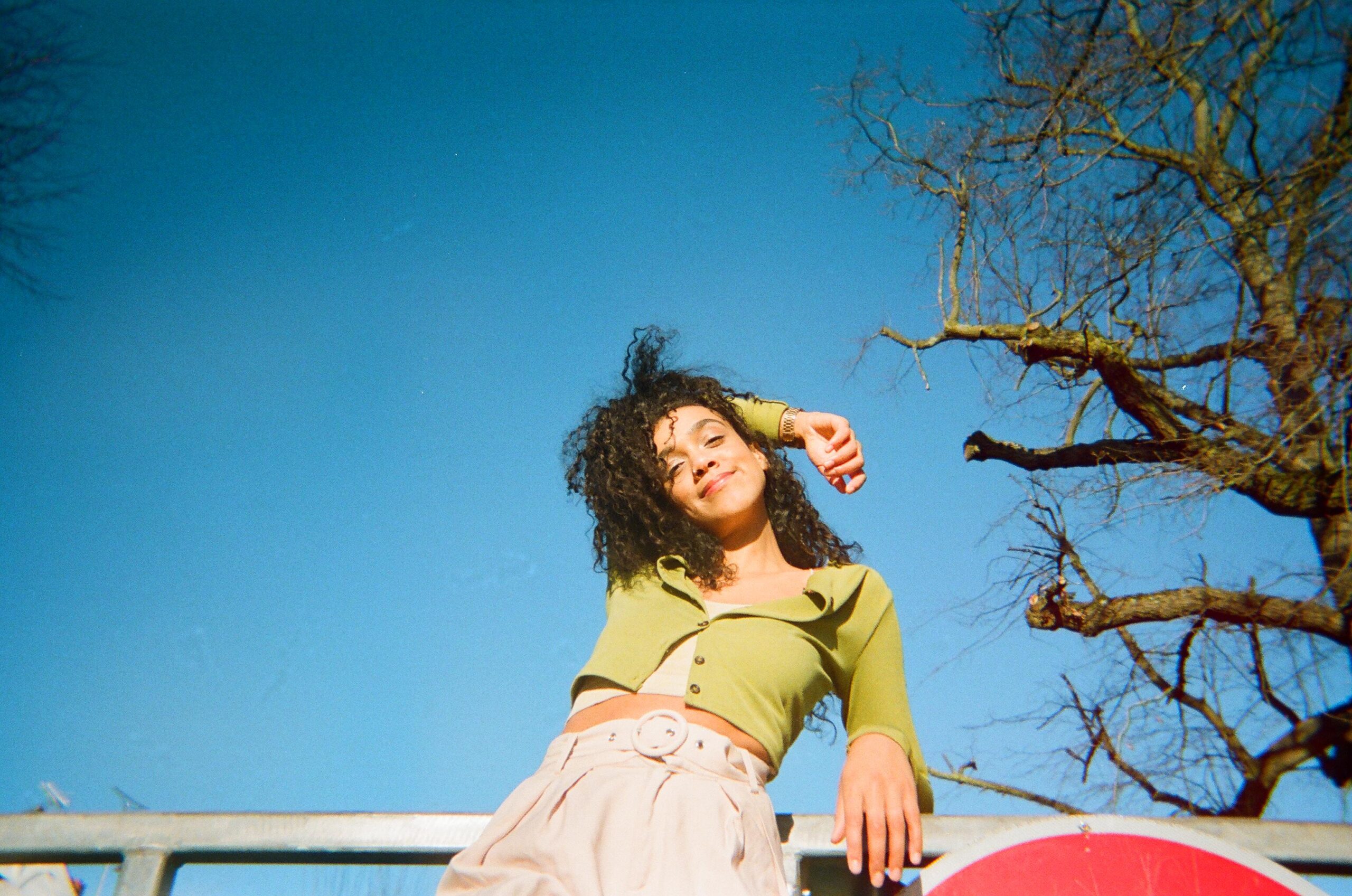 Naturally, we had to start at the beginning. Growing up around a world of music, it’s no surprise that Ruby has had a tonne of influences. Some of Ruby’s first influences range from the likes of Chaka Khan and Erykah Badu to Level 42 and Stevie Wonder. Being surrounded by neo-soul, funk and R&B from the 60’s-80’s eras has not only shaped who she is as a person, but also her musical sound. So we began the interview by asking Ruby what her first prominent memories of music are, and when it was that she realised she wanted to pursue music further.

‘There’s loads! I remember being super young and learning to play Eastenders on the piano in my dad’s home studio. I also remember getting HearSay – Pure and Simple on CD and listening on repeat, or getting my first little keyboard – those ones that teach you the notes of the songs like star wars and green sleeves. There are loads, i’m not sure which memory came first?

I knew I wanted music to always be a part of my life, to listen and to play it. But it wasn’t until I left sixth form at 18/19 and decided not to go to uni that I started honing my passion. It was my best grades in school, I was never that academic. I felt I attracted musical experiences around me; ending up in a relationship with an artist, making friends in the music world, and soon becoming immersed in it.’

The last 14 months have been a tough time for everyone, to say the least. Creatives in particular have had to adapt to this ‘new normal’ way of life. Ruby explained to us a little more on how she has dealt with being a musician during the global pandemic and worldwide lockdowns.

‘Despite the absolute chaos and heart break going on through the UK and the world, I have absolutely adored it! it’s been the most transformative time of my life. I’ve been able to take a moment to breath, literally practice breathing, slowing down, journaling, meditating and go inwards. Becoming more in tune with my self has really helped me clarify my message as an artist and help me figure out exactly what I want to do and how I want to do it. I didn’t even create much art much during lockdown, but more so self reflection and practicing self inquiry.’ 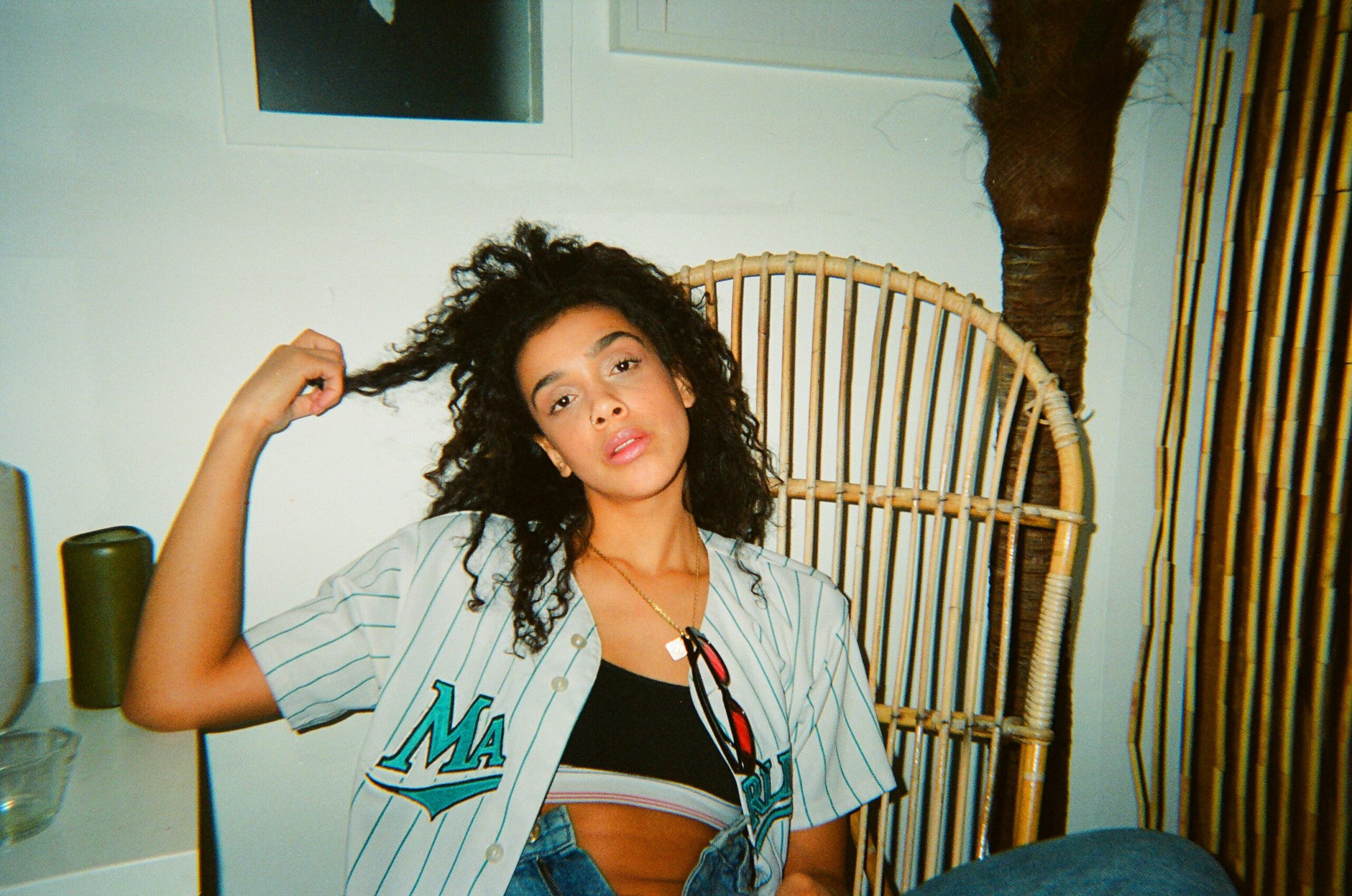 And it goes without saying, that one thing that we can’t forgive lockdown for is taking away our live events. Shows and tours all around the world have been cancelled or rescheduled, and while this is devastating for the fans, it has been even harder for the artists. It is for this reason that many have chosen to transition from live shows to live streams. We asked Ruby how she has found swapping our live audiences for social media screens.

‘The first few were fun, and it’s nice that there’s less faffing around to do as you are in the comfort of your own home, but once you’ve done 2 or 3 you’ve kind of done them all. I’m really starting to miss that human to human interaction now, you can’t deny that magical energy that’s created in a room with a crowd. Although I am grateful to have done a few! It’s like when people say before you go on stage ‘pretend you’re on your own in your room’, you basically can do that! But definitely can’t wait to get back out there in front of a crowd.’

Ruby’s single ‘Stuck Right Here‘, was released earlier this year, and has only further solidified her position in the UK music scene. The self-produced bedroom-made track exhibits Ruby’s talented ear for sounds as well as her soothing vocals abilities. The tune also plays on the little things in life that we may take for granted but have come to appreciate over lockdowns. Ruby went on to explain more about the story behind the song.

‘So this was one of the few bits I made during lockdown. As mentioned before, I was able to access that state of flow and then song just wrote itself. It’s simply just about my experience of being locked down with my partner in my room. Exploring and appreciating all the little things we take for granted like the moon, friends family etc, which otherwise would be ignored. The vocal harmony sample running through it was actually some harmonies I did for my best friend Laura Roy on her track ‘Not surprised’. I started Stuck Right Here by sampling myself from that (listen to the harmonies at the end, see if you can spot it!).’

Finally we wanted to know what we have to look forward to. As ever, Ruby is hard at work on her next project. As we look forwards to the possibility of live gigs, we grow ever excited for new and exciting projects from our favourite artists. Describing her music to us as ‘feel good vibes that make you feel fuzzy inside’, I think we can all agree that that is something we can look forward to.

‘Album! I’ve recently signed had my album signed! So we’re aiming for Autumn this year for a release. There will be a few single releases up until then. My thoughts and calendar only go up until then!‘

Head over to Ruby Francis’ Spotify page to hear more of her groovy tunes including her latest track ‘Betcha She Don’t Love You‘.