Rising star Tequisha on incorporating raw emotion into her tracks

Utilising the medium of music to touch on topics of love and relationships, Tequisha looks to create music to connect to. Since early releases, the past few years have seen her grow and develop with performances at The Great Escape Festival and Ministry of Sound under her belt and a debut EP released this year. With music providing a soundtrack to her childhood – French House from her Dad and Norah Jones from her Mum, her connection to music grew through school and she began playing instruments, eventually taking to the guitar. Music took her to BIMM in Brighton where she learnt some valuable information; 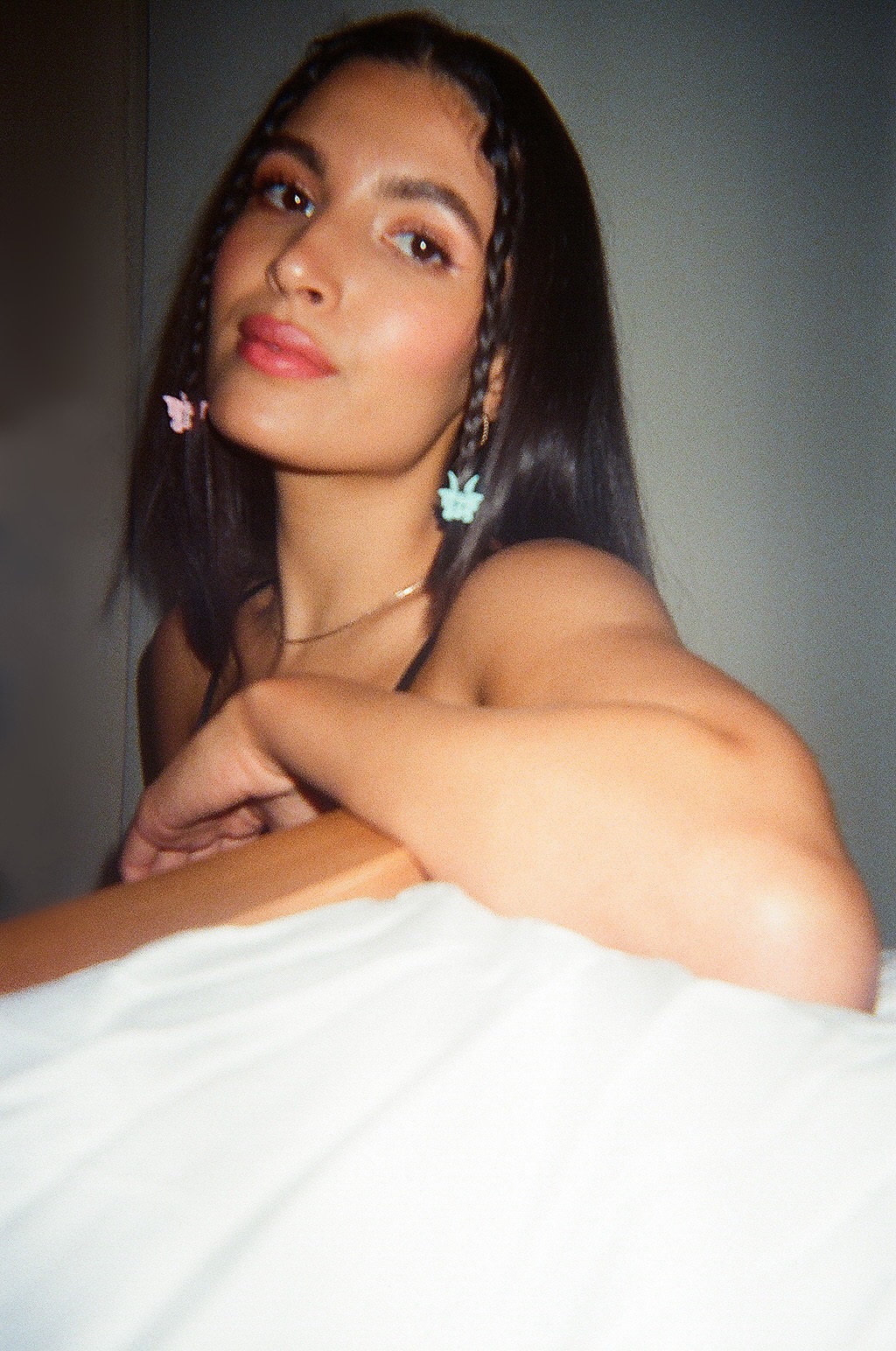 ‘I think the main thing for me as a female was learning about the business side of music. My family is very education focused so grades were so important growing up and studying was so important. Growing up, my Dad had a business so it was really drilled into me that if you’re going into anything, you need to understand the infrastructure and business side of everything to know what you’re getting into. We had a class called music business and I carried that on until third year and I think really helped me to understand it all and put me in a good place.’

Taking her musical influences from a variety of musicians, Tequisha is drawn to them in different ways and for different reasons. She comments on the storytelling and lyrical style of Julia Michaels, the melodies and writing of Daniel Caesar and the production and honesty of Halsey all having an influence on her work. When describing her own soundscape, she admits that defining it isn’t easy but calls it “pop, euphoric, heart strings, anything along those kinds of lines”. These sounds are clear to see (and hear) within her work and her recent releases feel playful in terms of experimentation of sound. The conversation pulls back around definition of sound when she is asked what advice she would give herself 5 years ago;

‘I think the main thing is not to think too much into it. I think a lot of the times I would write music and almost have a preconceived boundary in my head of what I can and couldn’t do with regards to my music and what it was. There was kind of a moment for me when I was making the songs on the project where something just clicked and I was like, I make what I make, I love what I make, and I’m tired of people telling me what I am and what music I make. That was the moment for me, when all of the songs and all of the pieces of me in those different songs came together and became a project because it was just me

There’s all these boundaries you have without fully realising that you put them there. I had to let go of those boundaries and focus on creating to create’.

Along with moments of inspiration and success, I am keen to discuss the journey as a whole and explore what the negatives have looked like as well. While Tequisha admits that things haven’t always worked out and there is always an element of skepticism [“I think every artist and every creative has those moments of like what am I doing with my life?”], she also reflects on why she has persevered;

‘I don’t know if it’s having an Indian spiritual side but I felt that I had to trust the process and trust in what I love and my passion. Sometimes I have those days where I’m like ‘oh, it’s so hard’  but then I think it’s so much stronger than me – the love for music. If I wasn’t doing it, I wouldn’t be doing what I was put here to do. No matter what I do. I always come back to music and everything is for music.’

The journey led to the release of her debut EP, ‘Complicated’ which was released independently in the summer. Choosing to remain independent is a choice and is one grounded in a desire to learn and develop from the ground up. However, it came with its challenges including distribution, how to get it to people and navigating a new side of music that she hadn’t done previously. Within the process of releasing the project and having people listening, the biggest lesson for Tequisha was around the support she built and the fanbase she had grew.

‘I’m always taken aback by the support from people. I come from Northampton, so when you do something there, you get the town’s support. Everyone wants everyone to do well and I’d always had that kind of support system. But when I released the EP, it was on a bigger scale of like, there’s people in London, people in India, people in France, people in America who are listening to my music. It was so surreal because I’ve been listening to these songs in my bedroom for so long by myself or in the living room dancing with my mum and then suddenly it’s out there for everyone to hear and the kind of response was more than I could have ever hoped and more  than I could have ever expected.’

The project itself is a blend of soul, ballards and pop and sounds distinctive in its tone, injecting a feeling of personality throughout the 5 track project, a point made clear with an intro from her Dad on the title track. We speak about the emotional side to the music and how several of the tracks on the project feel like cathartic releases, a point she agrees and comments on the role music plays in her life

‘I think music has always been my kind of way of getting things out without realising it. Like sometimes I’ll be going through a situation and maybe I haven’t processed it fully yet or I’m really feeling it – like a breakup or something, and then one thing in my head that keeps me going is thinking ‘I’m gonna write about this and it’s gonna feel okay’. All the lyrics are super personal and everything comes from experience.

Music helps me but it’s also what keeps me going knowing that I have that creative outlet and that no matter what I’m going through in life, I will always find a way to turn it into something positive.’ 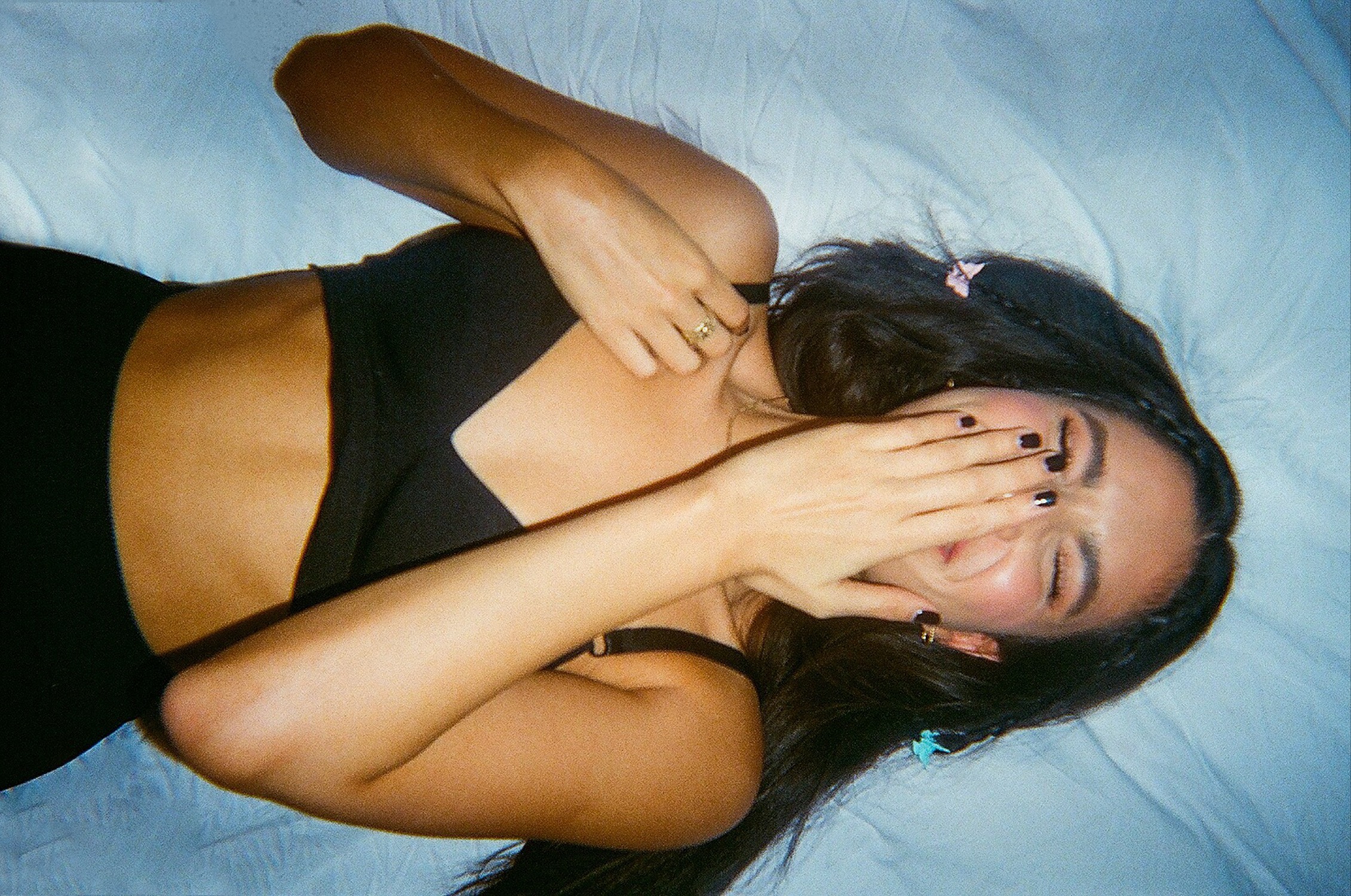 With a project so rooted in personal experiences and emotions, I question if it was difficult to release the tracks, essentially speaking on situations that she had not spoken about. She highlights ‘Complicated (A Love Letter)’ which recounts a relationship which didn’t work out, a situation that happened in real life which didn’t have full closure – “I remember having a phone call with him and again, we couldn’t say anything and ended up getting really upset. After we ended the call, within 10 minutes, the track just came out” She compares tracks to diary entries which agains highlights the personal nature of the project, almost as if she are looking beyond the surface. This vulnerability also allows the listener to connect with its themes, which may relate to their own life and situation;

With the majority of her musical journey happening during a pandemic and subsequent lockdowns, it’s clear that Tequisha is keen to get on the road; ‘I feel like on a live stage for me is really where I’m in my element and I’m the most comfortable. I have the most amazing band and I’ve been with them since I was at uni. It’s kind of taking the music you’ve done and then matching it with your personality and this energy and sweat and sharing with people.’ With the world returning to some semblance of normality, she has plans for 2022, sharing her music live and connecting with her growing audience;

‘I want people to know me a bit more. I think that on social media, you can only get to know a person to a certain extent. But I don’t think you’ll ever really get to know that person until you’ve met them or you see them performing live. I’m excited for people to see my world and know me a little bit more and also I get to meet people as well. I want to meet people who are listening to my music, who resonate with my music and get to know them a bit more. I just want to gig all the time, all the time we can, and just get it out there because it’s also such a good way to promote your music.’

As the year wraps up, we end our conversation by talking about 2022 and what she has planned. Her passion shines through in her commitment to music, creating it and sharing it and the next 12 months will be a continuation of that journey as she grows, both for her music and her as a creative;

‘I would like to let go a little bit. I think I am so passionate about what I’m doing and I have such a clear idea of how I want things that sometimes I’m not so good with giving the reins up. I want to focus on getting more music out there and I’m working on some really cool stuff right now. I just want to be consistent with putting it out, give myself time to have breaks to reflect and take things in. Loads of live shows, meeting people, festivals, everything – if I have done all that then I will be where I want to be.’

Check out Tequisha’s Spotify page to listen to more of her tracks, and follow her journey on Instagram.