Talking from her lockdown home-studio in Essex, 20-year-old Ruti Olajugbagbe gave us an insight into her unique musical style, her song writing process over lockdown and what it was like competing in one of the UK’s biggest talent shows. After winning The Voice UK in 2018, the young singer-songwriter has gone on to release a number of singles and her EP ‘Racing Cars‘, whilst also growing a considerable fanbase.

Ruti explained to us that her first memories of loving music was when she first heard Adele. She told us that around year 5/6 at school we bought Adele’s album ’21’ and was hooked ever since. ‘I bought it on my iPod touch and literally listened to it all the time. There was a little track by track video that was like ten minutes and she would just go through every single track, what it’s about and how she wrote it. And that really really inspired me. I love her voice, I used to sing all of her songs at open mics. And then as I grew up my friends would introduce me to songs. I had the pop-punk phase as we all did. But now I’ve kind of branched out, and I listen to loads of different genres and I really love Ella Fitzgerald, Lianne La Havas, and other people that I can’t remember off the top of my head. But I have branched out a bit more.’

While Ruti’s love for music stemmed from a much younger age, she only realised her own talent and love for making music when she was around 14 years old. ‘I had started to do GCSE music, and I just thought I really like this. So I just started learning different instruments and I started to play guitar and having singing lessons. And then I took it A-Level and I realised it’s something that I love doing and that I’m actually quite good at as well.  I just wanted to be part of the music world, really desperately.’

At just 18 years old, Ruti won one of the UK’s biggest singing competitions The Voice. Being one of the youngest artists to ever win the show, she explained to us that while the show was a lot of work, her love for singing and the shock of the end result made it all worth while. ‘I really enjoyed The Voice actually, because I kind of went into it not expecting much at all. So I was just taking everything as it came. It wasn’t easy it was a lot of work, but it didn’t feel like super stressful for me. It was just a really fun experience. And then I ended up winning and that was not what I expected going into this.’ Throughout her time on The Voice, Ruti’s mentor was the legendary Tom Jones. The well renowned Welsh star, best known for his iconic songs ‘Sex Bomb‘ and ‘It’s Not Unusual‘, took Ruti under his wing during filming, and continued to do so after the show finished. With his extensive knowledge and experience in the music industry, it’s no surprise that he was an incredible mentor to his young prodigy. ‘He’s so great. He’s really lovely, and he does check in from time to time. He checked in at the beginning of lockdown just to see how I was doing. And he gives me feedback on the songs when they’re released which is really cool.’

Having grown-up with a number of different musical influences, and then being mentored by a skilled musician with a number of different genre’s under his belt, it’s hard to pin-point what genre Ruti’s music falls into. However, she tried to sum up the mix of genre’s she defines her music as. ‘I’d say it’s quite POPy, but I am also influenced by Soul and R&B. The word ethereal gets used quite a lot when people describe my voice and the sounds I make. So it’s kind of like etherial-pop-jazz. That’s what I’m going for at the moment, I quite like that.’ 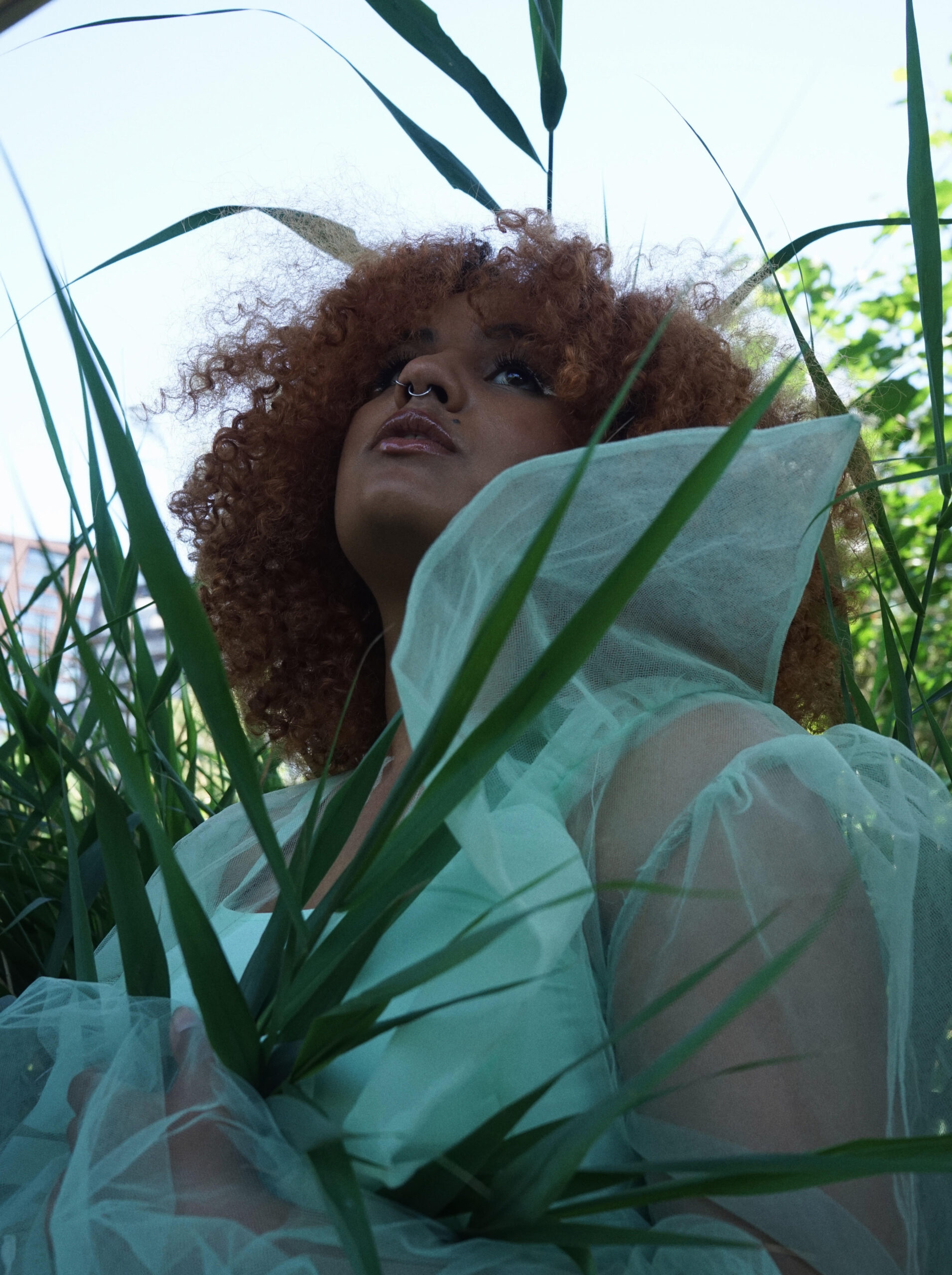 Ruti also explained that her songs don’t come about in one specific, modified way. But rather they come at different times in different orders. She also told us that while a lot of her lyrics come from her own personal experiences, as she grows in a world that is constantly evolving, she has tried to include her surroundings within her music. ‘I write a mixture. Most of them are personal but I have written a few songs about people’s experiences. And I think now that I’m getting older I’m becoming more aware of what’s going on in the world. So I’ve kind of started to write about that as well in the newer stuff that I’m writing now, nothing that’s released yet. Sometimes I come up with the music way before I’ve got lyrics, and then sometimes I come up with the melody and bits of lyrics, or it’s just words and I’m not sure what to do with them. So it does just depend.’

Like a lot of us, Ruti began 2020 motivated and ready to produce as much music and art as she could. However, with added pressure not only from people around her but also through social media, she decided to slow down and not rush herself. She told us that while she has been working hard and also learning new skills, she has also taken the time to make sure she does not feel too pressured. ‘At the beginning of lockdown I was really motivated. Just before lockdown, because I knew it was going to happen, so I set up everything like my speakers, tidied my room so I could work in here. And I did kind of well for a few weeks, and then everyone’s doing videos and Instagram and Tiktoks, you’ve got to make some little bits of music and put it out there and write a whole album. And no one was telling me this but that’s what I was seeing. And I was just like I can’t do it, so I’ve had lots of breaks. But I have written and finished a few songs from before, I didn’t want to put too much pressure on myself. It was quite a unique and interesting time. I was watching the news everyday and I was getting overwhelmed with that. But I have still done quite a bit and learnt a few new skills as well. I bought new bits of equipment to learn how to use, and have done loads of video editing. I did the Instagram videos, but because ‘Closer To You‘ was coming out I decided I wanted to make a music video at home with my sister. So I edited that as well which took a lot of time. YouTube is a wonderful place to find tutorials.’

Although still a rising young artist, we asked Ruti to think about what she would say to her younger self when she was first starting to understand her talent. ‘I would say to my younger self ‘you’re really good’, first of all because I was really self-conscious. I mean obviously I have grown and I wasn’t that great, but I would say ‘you’re really good and just keep doing what you’re doing, because you will end up in the right place.’

While it is still difficult to know exactly where we will be and what we will be doing in a few months or even a years time, we asked Ruti what she has planned for the future. ‘Show wise definitely nothing planned, which is a shame because we had planned gigs and maybe a mini tour, but that’s OK. I am planning to release a new single in a couple of weeks, which I’m really excited about because I really like this song. Then after that I’m releasing an EP, and then after that I’m hoping to release something around Christmas. So it’s really exciting.’

To check out more of Ruti’s soulful and moving tunes, head over to her Spotify HERE.