Combining a blend of jazz, soul and hip-hop, Manchester artist Layfullstop has acquired a cult following with her new music. Since entering the music scene back in 2018, Lay’s musical progression has been incredible to witness. The rising star incorporates nostalgic soul sounds in with upbeat melodies, layered against subjects close to her heart such as religion. We caught up with Lay to discuss her hypnotic singles and blending her religion with her passion for music. 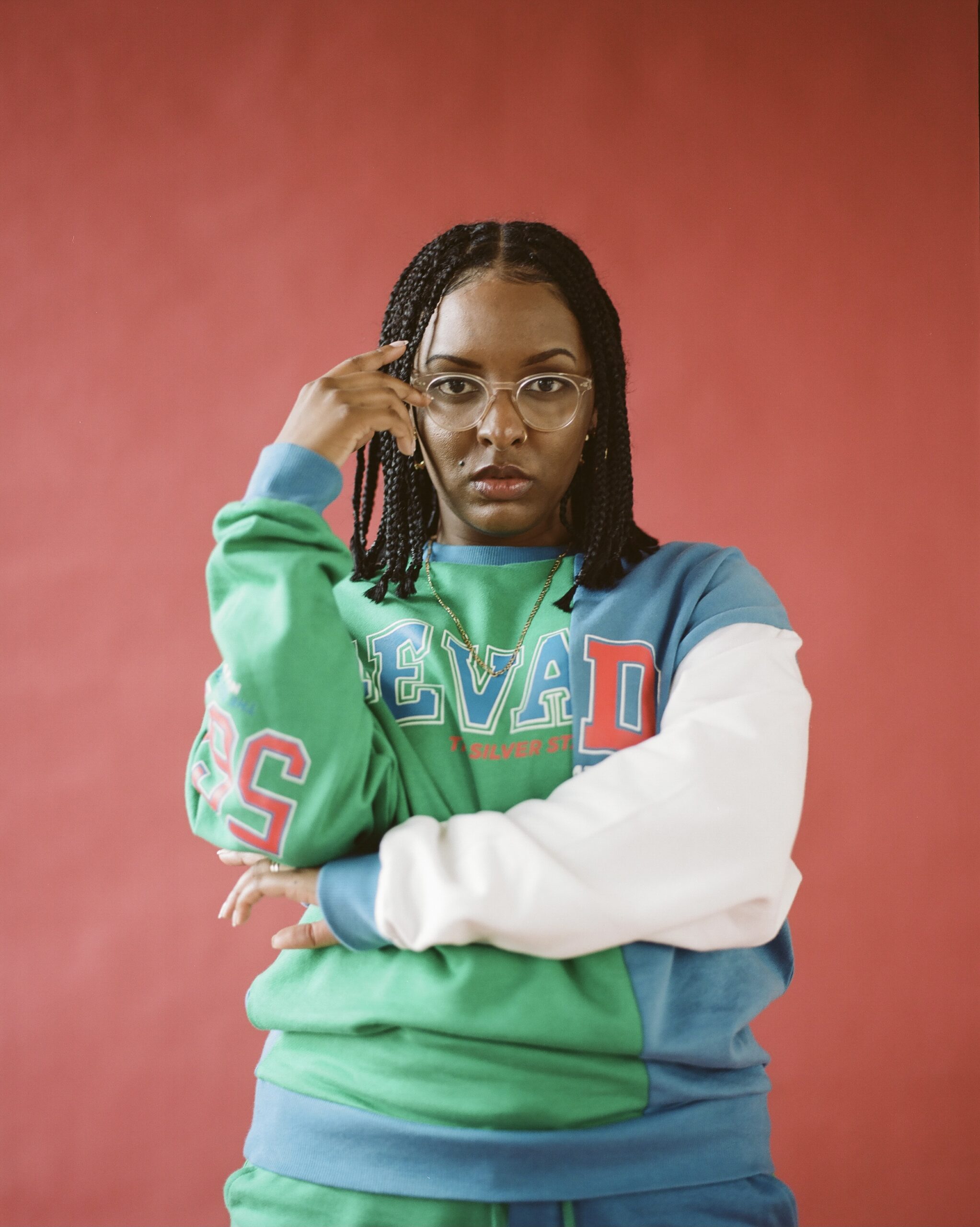 Lay’s music has come a long way from her first projects back in 2017. Developing an ear for different tones and continuing to show even more of her heart on her sleeve. But with such an eclectic range of musical talents, we wanted to know where it all started. Lay explained a bit more about the music that shaped her growing up and the progression that took her to where she is now.

‘I call it two lifestyles of music. I had music from being in church and then more of your universal music being in school. That for me was 90’s R&B more than anything else. Hip-hop was around as well, but not so much for my family because we were more into the R&B and soul music. People like Mary J Bilge, Lauryn Hill. And then I had my dad’s side which was much more Jamiroquai , Casiopea – which is a Japanese fusion band going way back. So they’re my most prominent and fond memories.

It was a natural progression into music for sure. People know that I started out with poetry, first and foremost that’s where writing started for me. The aim of creating music was to be able to share that music that I was also looking for. I wanted to find more like minded people.‘

Lay’s music is a reflection of herself. And therefore cannot (and should not) be put into one constrictive label. Much like many other artists working in the music industry at the moment, Lay’s unique blend of sounds and emotions defies the outdated term. So we asked her to describe her music outside the realms of genre.

‘I love that, I love the idea that genre is outdated. I think that’s a perfect representation of how it is, I couldn’t have said it better myself. I would describe it on context as I think that’s the only thing that is cohesive throughout my music rather than sound. For some people it would be more Christian based, or about activism, or just authentic.‘

The majority of Lay’s music is based off situations and topics within her own life. And a big piece of her life lies in religion. Adding to her already unique music, Lay incorporates her beliefs into her jazz, soul mix. While some artists are nervous of expressing their religious beliefs in their music for fear of backlash from some listeners, Lay explained why she continues to blend her religious thoughts into her music. For instance in her ‘Postcards‘ track from her latest album ‘STiR‘.

‘It’s obviously a big part of who I am, and music is a reflection of who I am, so it becomes the fundamental part of my music as well. Likewise with all areas of my life. Religion can feel overpowering to somebody who doesn’t necessarily hold the same beliefs and stuff. But I do try and share my world, whether it’s my peace, my struggles, things that I find difficult or am thankful for.

It’s about this point in time where I hadn’t been so open about my faith. When you’re on a platform you want to be clear because you don’t want to lead people astray. You would have to be naive to think if you have a platform you have no form of influence. But also in myself, without holding myself responsible for anyone else, to have my religion more in my music like in ‘Postcards’; there’s a line that goes ‘I guess I’ll fall on my knees’. It’s this idea that for a lot of people they fling around words like ‘underrated’, and I think there is a large proportion that think that this is not a compliment and I know you’re trying to be nice. My stance is that I’m at peace and that’s my testimony. That’s essentially what ‘Postcards‘ is about.‘

Lastly Lay spoke about the future of her music. Now that live shows are slowly becoming part of our lives again, artists are starting to return to the stage. And we can’t wait to see our lockdown finds flourish as they exhibit their new music to fans across the country.

‘The project is unapologetic from a context point of view, finally talking about this change and transition people may have got an idea about from my social media or music, even in person. It’s all of that in music, and obviously a lot more about who I am from my beliefs point of view because that’s obviously very important to me. From a sonic point of view, it’s this beautiful mesh of sounds that I’ve been craving for how ever many years. Trying to combine my love of jazz and these 90’s flavours, and also this slightly alien part of me. Over the next couple of years it’s going to be a continuing development. This is the starting point of something… I don’t want to say new because it’s not a rebrand as such. It’s a starting point for me to experiment and hopefully connect with more people and have more conversations.‘

Head over to Layfullstop’s Spotify page to hear more of her genre-blending tunes including her latest project ‘STiR‘.