Inside the dreamy world of the Spang Sisters – their new music video, upcoming album and silver linings of lockdown 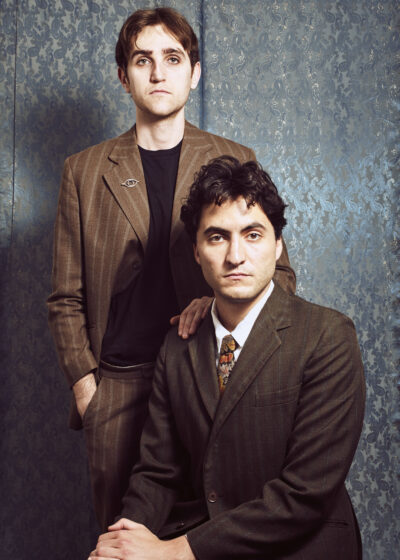 Armed with several instruments and the promise of ‘hot buttery delights’, rising indie-pop band Spang Sisters are taking the musical world by storm. Their dreamy lyrics and melodic beats are sure to transport you back to sugar-sweet summers evenings with homemade mojitos and sausage/fish finger baps. Known by their fan base for their ethereal tracks, Spang Sisters are very unique from anything we’ve heard (or anyone we’ve spoken to) before. We can safely say that their answers made this one of our most interesting and enjoyable interviews thus far. So without further ado, we give you Spang Sisters.

Starting off the interview as they meant to go on, when asked to describe their music in a sentence they replied ‘Warm hot dog sauce drizzled over a French baguette.‘ Their interestingly formed answers are only a reflection of their equally interesting sound. Taking it in turns to answer our round of questions, Rachid carried us on by describing his first prominent memory of music.

Rachid: ‘That’s a good question. My family weren’t particularly musical so I didn’t have much to go off on. However, I do always remember one afternoon finding a box of old CDs in the toilet and inside of it was one particular image of a man in a green silk shirt and purple beret titled ‘Bowie at the Beeb’. I remember listening to it front to back for a long time. Later on, I became obsessed with Eminem and sported a baggy white t-shirt and dog tag at age 11.’

Since releasing their first music back in 2018, Spang Sisters have had a lot of fun with their work, and their music emulates this. With a somewhat enigmatic answer, Jules then went on to explain how the band came to be. After meeting Rachid, the pairs musical prospects just seemed to go hand in hand.

Jules: ‘Rachid came highly recommended so I decided to take the plunge and I’ve never looked back really. I imagine he might look back sometimes though.’ 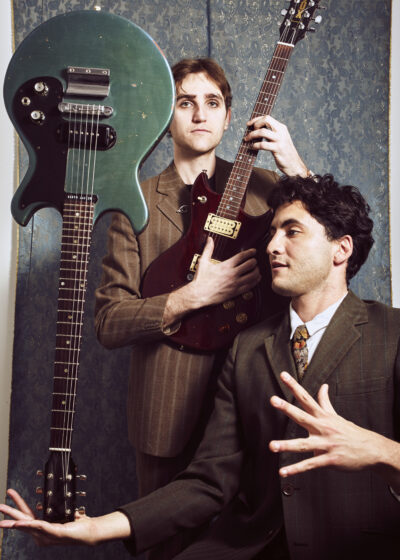 With our beloved live gigs and festivals still far from our grasp, artists and musicians alike have been given a lot more time to work on other projects, film live streams, or just generally take a break (which we definitely all need after this disaster of a year). We asked the pair how they have found being part of the creative industry over the past 12 months; how they’ve dealt with missing out on live performances, and if they have felt any advantages of having this time at all.

Jules: ‘On the one hand we’re missing the thrill of playing to a small room for a free beer, but on the other we’re finally living our dream of never leaving the house so it’s swings and roundabouts really.’

While some artists have specific processes behind creating each of their tracks, the flourishing Spang Sisters gave us a very truthful insight into the ‘process’ behind their own music.

Rachid: ‘It is seldom a process. That is to say, most of what you have heard online or will hear from us in the future is not the result of sitting down to write. Were it that easy, we’d be much more prolific! Unfortunately, we are at the mercy of the whims of inspiration which can come when you’re on the bus, in the supermarket or strumming your guitar on the toilet.’

And paralleling this honest take on the truth behind their own music, they then went on to explain the story behind choosing the titles of their tracks. With names such as ‘International Pussy‘, ‘Eddie Murphy‘ and ‘King Prawn he 1st‘ amongst their most popular releases, Jules explained that there is no process or deeper meaning behind these names other than the feeling that they were the right fit.

Jules: ‘If panicking and just sticking to the silly working titles can be called a process then that’s cool. Some would call it a cop out but I say it’s living in the moment.’

As previously mentioned, one of their most popular releases is their enchanting tune ‘Eddie Murphy‘. With an layers of dreamy vocals and a catchy beat, it’s an undeniably capturing track. And in true Spang Sister style, they explained that the recently released music video was born on a whim rather than through a process. The video for the much loved track follows a saucy story of two unexpected lovers.

Jules: ‘Again ‘process’ might be too generous a term, I suppose I just wanted to write something unashamedly sexy. Now that it’s out I think I do feel a bit of shame though. The video was entirely the brainchild of our friends Marie Dutton and Benjamin Saunders, whom we love dearly.’

Yesterday also saw the bands most recent single release, ‘The Ballad of Joyce Vincent‘. Although the song’s upbeat tune might make the track come across as another hopeful, glittery piece by the band, the lyrics tell the sad story of the untimely death of Joyce Vincent. After being found in her London bedsit two years after dying, people were saddened and astonished that Joyce’s body could’ve gone unnoticed for this entire stretch of time. While the band does not falter with it’s unique and instantly recognisable beats, Rachid explained to us why the story of Joyce Vincent found it’s way into their lyrics.

Rachid: ‘I’d read the story of Joyce Vincent a few years ago and was deeply moved by it; both for the merciless brutality of her demise and for the fact that she is from the same small Caribbean island as my father. Then, in the spring/summer of 2019, I was bed-bound for around 4 months and enjoying a moreish cocktail of isolation and loneliness. Naturally, I thought back to the story of Joyce Vincent and thus the songwriting began.’

As the creative industry faces an uncertain future, it is indeed difficult to outline where we will all be in 12 months time, let alone if live gigs will be restarting. However, Spang Sisters are not taking this these lockdowns as time out. On the contrary, they have some exciting plans heading into the rest of this year.

Rachid: ‘Our debut album is coming out 21st May! After that, more instruments, better production, bigger egos.’

Head over to Spang Sisters Spotify page to hear more of their dreamy tunes including their newest single ‘The Ballad Of Joyce Vincent‘!