Known in Bristol and much further across the world for his love of live gigs and artwork, Jeff Johns aka Big Jeff is certainly making his stamp on the world. Prior to the pandemic, Jeff’s love for music saw him going to five gigs a week and becoming immersed in the Bristol music community. While he became well known for his love of gigs, Jeff also had an incredible talent up his sleeve, his artistic ability. We were honoured to have a catch up with Jeff on both his passions for music and art, how he has dealt with the absence of live music and what the art world can do to make a more inclusive space for people with mental health problems and disabilities. 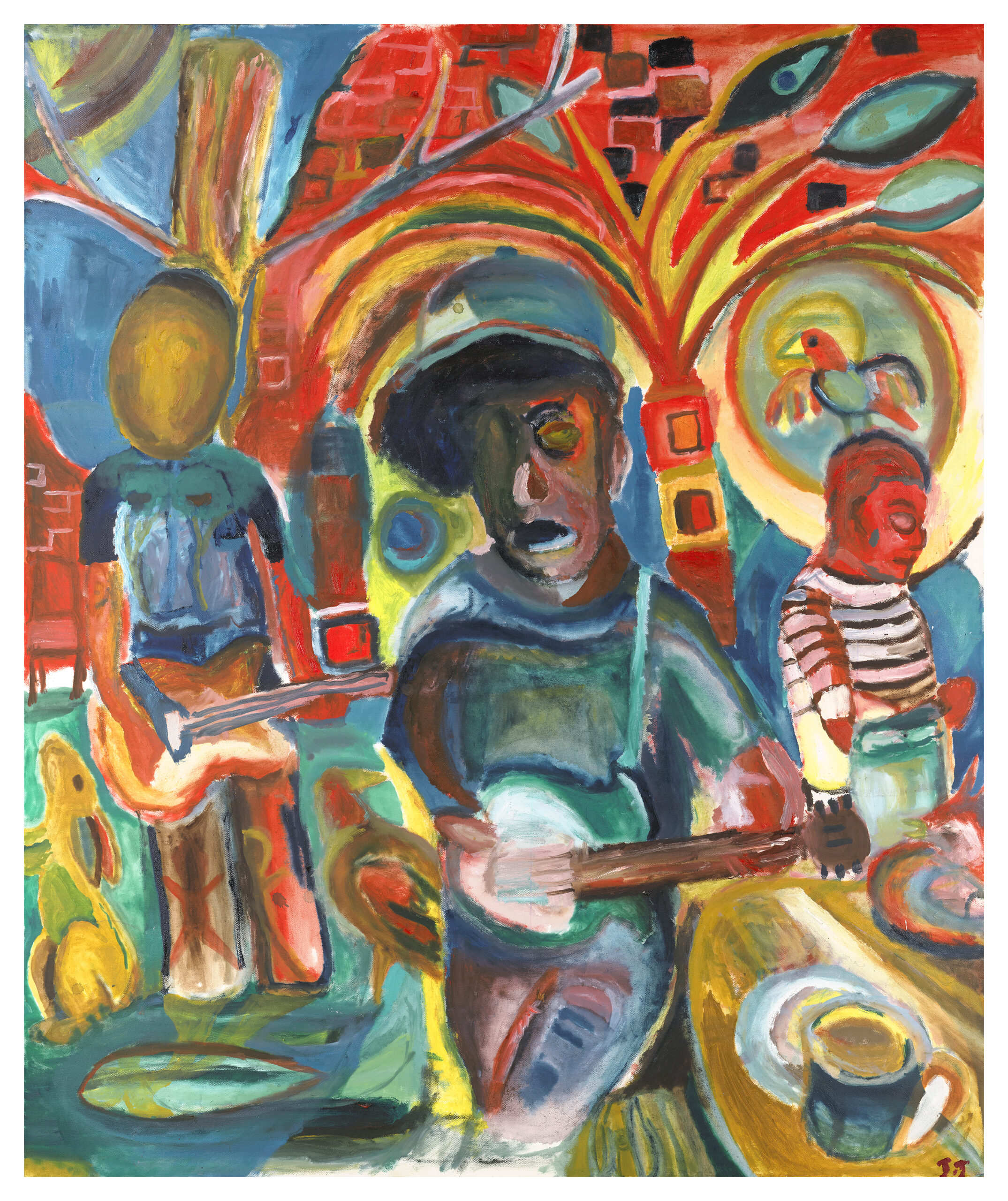 Unsurprisingly we had to kick off by asking Jeff how he has dealt with not being able to attend gigs. Not only have live shows been a place in which Jeff can champion his passion for music, but they have also become a place in which he can express his own emotions in a safe space. While people have found it difficult to settle for live streams over live shows, it has actually opened up a whole new world of possibilities for Jeff. Aside from being able to watch even more artists from around the world who may not have played in Bristol, he has also been able to keep up with fellow gig goers from the comfort of his own home.

‘It’s been tough, I can’t lie. I relied on gigs for safe spaces to be around people. I have been lucky enough to live with my parents for the past eight months, but I’m moving back into Bristol soon which I’m feeling bit anxious about in terms of reintegrating with people. Live streams have definitely helped and online content. Not with the sleeping pattern though to be honest‘, he laughed. ‘Because I’ve been watching stuff in different time zones. It has made me realise how much I probably did take for granted, living in a city where there were multiple shows happening each evening.’

While this has become normal life for Jeff (pre-covid of course), we were intrigued to understand where this love for gigs started. Jeff gave us more of an insight into how he started attending gigs and how they have helped him to develop not just his love for different music, but also his own personal issues such as anxiety.

‘It was definitely a progression, because I grew up in the middle of the Cotswolds it was harder to get to the big cities. So it probably started in my early teens when I’d just convince my parents to take me to things. It was definitely when I moved to Bristol that I descended into realising that there was loads of things going on. I was going to college in the early 2000’s, and I realised I have to get myself out the house at least three nights a week otherwise I would get really ratty. I struggle a lot with social anxiety so after shows I would go straight back home. But it was through going to all those things that I started to recognise peoples faces and then it gradually became a a social event. It does make you realise that it’s more than even just the music, it’s everything that goes along with it. That’s the one thing about fan bases is that you form this community within them.‘

While Jeff admires many artists, it is his own art that is continuing to inspire people both within Bristol and around the world. A collection of his pieces named ‘Your Space or Mine’ was displayed earlier this year around Bristol billboards in order to inspire hope in everyone that passed them. He explained to us how he first discovered art and how he has felt finding his own feet in the art world.

‘I’ve always been kind of creative. My mum has memories of me being 4 years old and painting these great big paintings. There was periods in my teenage years where I was a bit awkward so I didn’t necessarily felt like I fit in, but I always found myself coming back to art and music. I’m with a group at the moment called Art In Motion, and before that I was with a group called Art + Power who I was with for ten years. They’re really good because they work with a lot of people with learning difficulties and special needs, and do all sorts of stuff really.‘

Lockdown has not only had a significant impact on Jeff’s passion for live events, but has also reduced chance for artistic inspiration. He explained to us that while this past year and a half has meant he has had to improvise more with his art, he works mainly off of his own experiences and emotions. 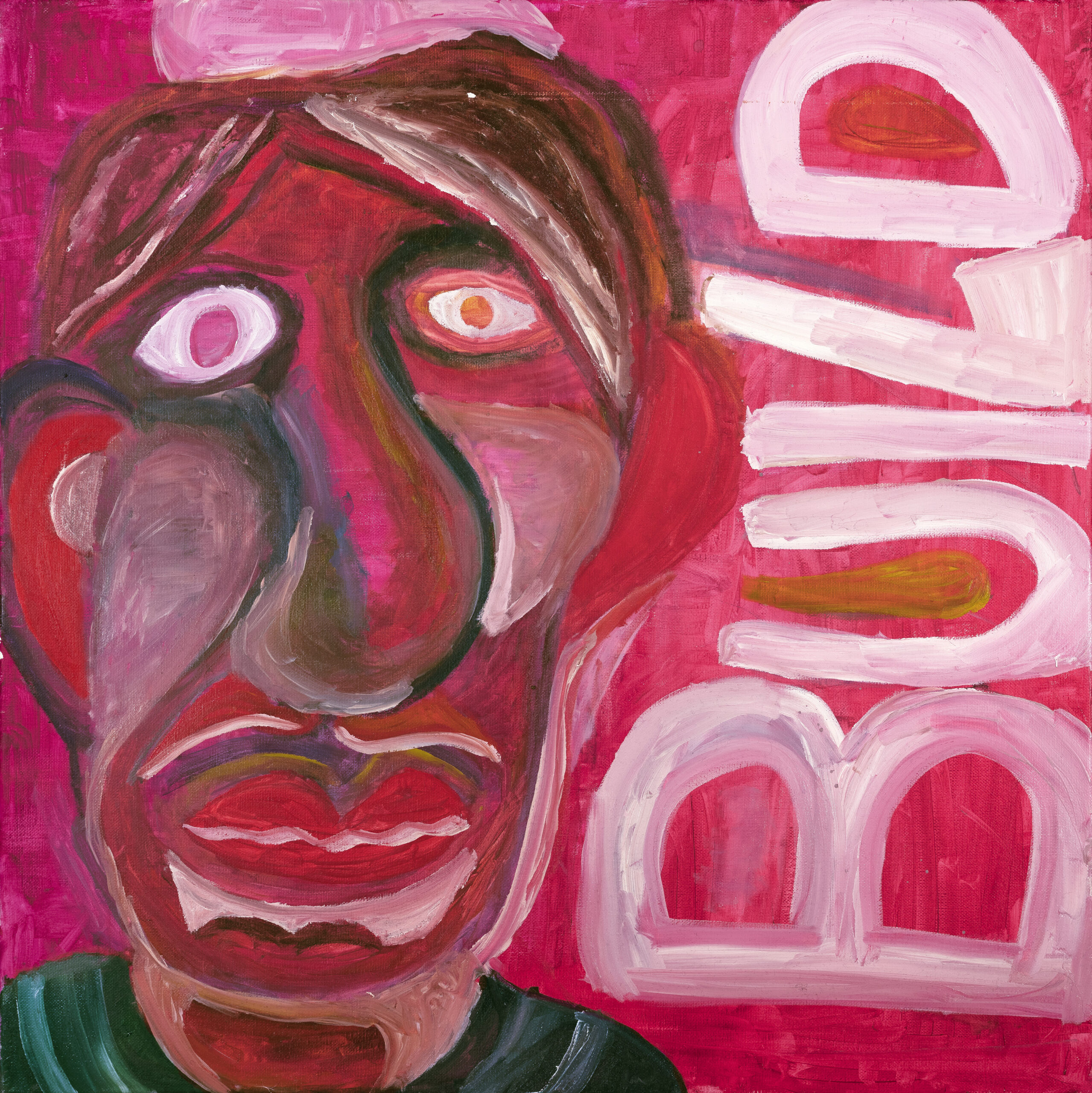 ‘It really does depend on what mood I’m in. If I want to change my mood from negative to positive I usually create something bright and inspiring, which is what I did with ‘Build’. I’ve got this kind of obsession with doing faces, and with ‘Build’ I saw this space for a word and thought what can I put there. And a word like ‘build’ is so powerful because you use it in so many different contexts.

I struggled a little bit to find inspiration during lockdown. I’ve still painted, but I felt that while I’m living in a shared space it is a bit more difficult having to fit around other people. Whereas when I’m in Bristol I have my own flat. I have had to adapt because I’m not used to having control over my space the entire time. With the first lockdown I was still doing lots of painting, it was a way I could release a lot of my frustrations. I did a series of self portraits where I was using different colours for different emotions. For example the night before the Black Lives Matter protest in Bristol I was feeling very angry so it was a lot of reds and vibrant colours.‘

The art world, like everything is developing. And while people may think that art is subjective, this does not change the fact that some parts of the art community are less inclusive than others. For people with disabilities and mental health issues, deciding to join an art community can be difficult and sometimes traumatic. We finished our interview with Jeff by asking him what he thinks the art world can do to become more inclusive for the diverse range of people passionate about creating.

‘That’s a good question to ask but challenging. I think sometimes more acceptance. I think there’s still certain aspects of the arts world can still have very closed doors. For example I don’t know much about the theatre world which I would love to, but it would be helpful if it was slightly less intimidating. Also it’s different for different people. I mean we could make it physically more easy for people to be in those spaces, but what we have to accept is that there is going to be certain limitations on certain buildings. For example my favourite venue is The Louisiana, and to get in there you have to climb all these stairs, but for people in wheelchairs or with other difficulties that might be too much.

And finding ways of engaging more with people with mental issues and disabilities without being patronising. Another venue that I love in Bristol, The Exchange, has been super supportive of those people.’