British rapper, producer and multi-talented musician Kay Young exploded on to the music scene in 2019. Since then she has signed with the iconic Roc Nation, grown a substantial fan base and released a steady stream of singles, EP’s and projects. Having been compared to artists such as Tribe Called Quest, Kay brings a strong British undertone to her contemporary music. We caught up with her to discuss her latest project ‘This Here Feels Good‘. 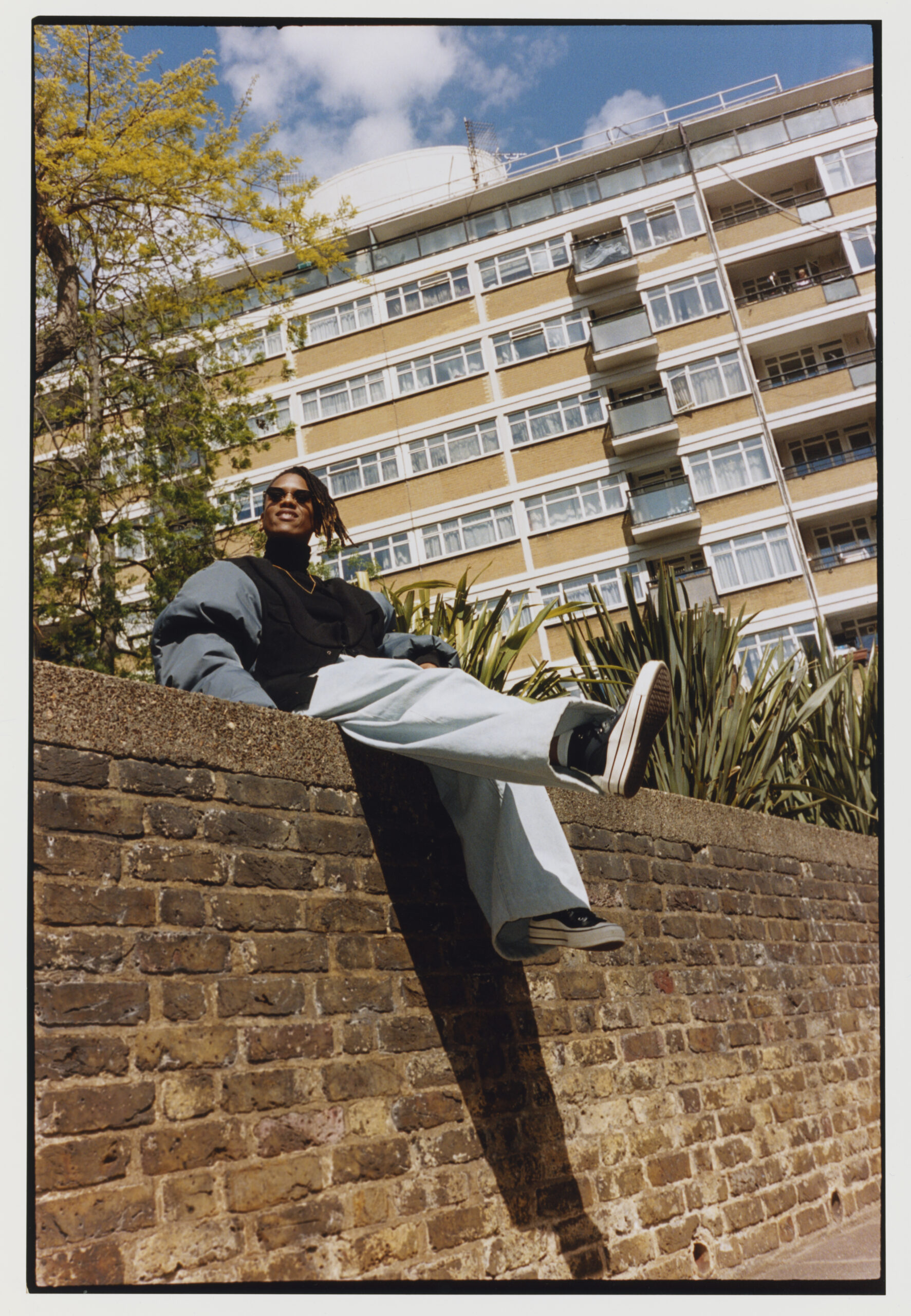 Falling in love with music from a young age, Kay went on to teach herself drums and the computer programmes that allowed her to create and produce her own music. With such an eclectic knowledge of the music industry we wanted to know where it all started. So we kicked off by deep diving into Kay’s musical past and her first prominent memories of music from childhood.

‘It would have to be church and being surrounded by music in terms of a choir. And my dad as well, my dad’s a musician so I saw him practice daily on his guitar. Also my mum was a backing singer back in the day. So it was just always around me, it was in my DNA. It was something I always done. It came naturally to me, I was always singing or writing a song. I always used to beatbox and dancing and watching MTV.‘

While the music industry is starting to wake up to the gender and race imbalance within it, we are far from where we need to be. As a woman of colour in the UK’s music community, Kay has experienced her fair share of obstacles. We asked her how she had dealt with working her way through the industry and what she thinks needs to change to make the industry more inclusive and diverse.

‘I forever get people asking, ‘who produced your music?’. And I keep having to remind me people that I’ve done it. I think it’s just people not really respecting or believing that we can do anything. I’m seeing a lot more female musicians taking control of what they do. I think for a woman of colour, just being heard. There’s a lot of people who do what I do, but it takes us longer to be seen. I feel like we are being seen now, because we are coming together we are speaking up about it. People do capitalise on the whole thing, but I do believe that we are coming together as people of colour and we’re discussing our experiences. And it’s helping to open doors. Without us, music wouldn’t exist. Let’s be honest, it wouldn’t be as dope as it is. We’ve added colour to music.’

Genre as a term is becoming outdated. Artists around the world experimenting with sound, genres and sub-genres have meant that constraining songs to one label seems incorrect. Kay’s music in particular is a collection of sounds and instruments that have been cleverly chosen and layered over each other to reproduce exactly the artists vision. So we asked her to sum up her music outside the restrictions of ‘genre’.

‘It’s got to be palatable. The listeners are wired differently, they’re not going to necessarily understand the ten different sounds going on in one song. What I try to do is make something but incorporate a dance theme in there. So when you hear it again you’ll recognise it. It’s almost like you’re weaning a baby off to introduce new food. In terms of genres, I think it works when there is a foundation that carries through to set the tone. Hip-hop first and foremost is the foundation of everything I do. But I would say progressive. Forever progressive, forever weaving in and out, it’s never just one thing.’

Finally we spoke to Kay about her latest project ‘This Here Feels Good‘. The collection of 5 tracks exhibits Kay’s eclectic knowledge for music as well as her adoration of hip-hop, dance and house music. She went into a bit more detail about the EP and the thought process that went into it.

‘I’m a big fan of the UK’s early 90’s dance music, rare groove. So the theme behind it was very much old school, very much dance. The off-beat, the bass. It’s almost my appreciation to dance music. Summertime, hold your hands up, feel good music.‘

Head over to Kay Young’s Spotify page to listen to her brand EP ‘This Here Feels Good‘.