Raheaven on her evolving identity and journey through music

Taking on a nostalgic noughties R&B sound, North London singer Raheaven is taking the UK music scene by storm. Clever lyrics and upbeat tunes are what makes the young artists tracks so memorable and enjoyable. Since arriving in the industry just last year, Raheaven has developed an impressive fan base and released several projects and singles. We caught up with her to discuss the seed of her creativity and how it has flowered into the sounds her hear today. 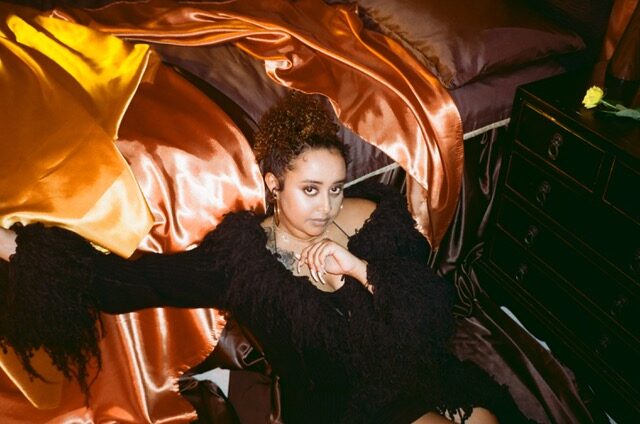 From Eritrean heritage, Raheaven grew up with a house full of music. She took us down memory lane as she recounted her first prominent memories of music from her childhood.

‘Listening to Eritrean music at home with my family, not knowing what they were saying but feeling it through me instead. That taught me how powerful and meaningful music is.’

We then went on to discuss the events of the past 18 months. This time has been particularly difficult on the creative industry. Singers and musicians all around the world turned to live streams and online performances, while simultaneously wishing for the day they could return to the stage and studio. Raheaven gave us a window into her experience of lockdown as a creative.

‘Everything’s slowed down, which in a way has been kind of refreshing for me. It’s given me time to develop ideas in a different way, Ive been able to give my ideas time and space. However, it’s been difficult to find inspiration at times, because not much has been going on to write about. Its taught me that when you’re on a good streak – go with it, but if you feel stuck, its okay to not force it.’

With such a unique and engaging sound, we were desperate to understand Raheaven’s creative thought process. When asked to describe her music, the artist summed it up as ‘Saying-some-things-you-wouldn’t-expect in silk, moody neo-rnb.’ We asked her where she finds inspiration for her music and who she considers the most influencial to her creative career.

‘My family is a big one, then I’d say women who make music, then the people around me who make music, producers, writers. Artists, my personal life experiences, relationships, love, hurt.’

Finally, Raheaven spoke to us about the future. Both hers and that of her music. The singer has big plans and some that we will hopefully be seeing in the near future.

Head over to Raheaven’s Spotify page to hear more of her music including latest project 2PERSONAL.